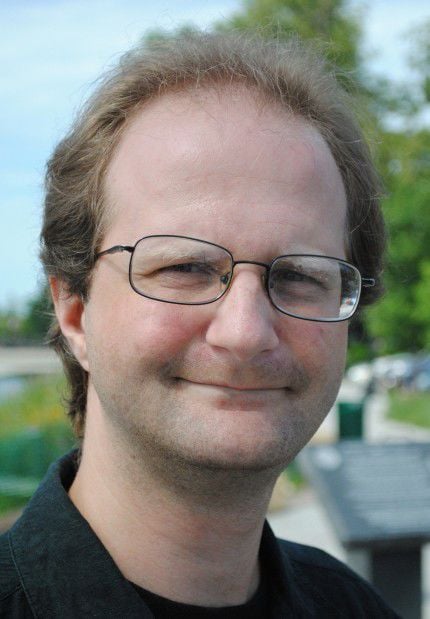 Northfield Mayor Rhonda Pownell is seeking a second term in office, but that pursuit will be challenged by two other Northfielders.

David Ludescher, an attorney who was elected as a Northfield city councilor in 2012, vacated his spot in 2016, at the time citing irreconcilable differences in philosophy with other councilors. Denison, a councilor from 2006-2010, has unsuccessfully run for the council a number of times.

Pownell was first elected to the council in 2008. After two terms, and an unsuccessful first run for mayor in 2012, she was elected in a close race against incumbent Mayor Dana Graham in 2016.

Pownell said she has made significant strides in improving the culture of the City Council. She said four years ago, councilors were struggling to maintain civility and weren’t working together as well as they could. She credited the strategic planning process, which she helped spearhead, as playing a major role in that progression.

During the formation of the plan, Pownell said she sought board and commission input.

“Going forward, we have a long list of improvements – both at the policy level and in terms of basic municipal management – that only now we can make progress on,” she said. “I want to see us come up with a sustainable source of funding for maintaining and improving our parks. We’ve neglected for too long our riverfront and the opportunities it provides. We need to be more consistent and progressive in our infrastructure improvements, from streets to fiber optic.”

“I’ve provided strong leadership,” she added. “I’ve shown what that could look like, and I believe that is working well for our community.”

In filing, Ludescher said he was running because few other people were seeking the office and he wants the mayoral office to be held within the confines of the city charter.

He takes issue with the decisions being made by city government. If elected, he says he wants to make the mayor’s position more responsive to the public, and ensure that whoever the mayor is is more fiscally responsible.

Pownell said she is “particularly excited” about climate initiatives, especially solar and forestry, and the progress around equity and affordable housing.

“At the same time, we have yet to see what the full fallout from COVID will be,” she said. “I really hope we can make a difference for the businesses and individuals who are being hit hard by the pandemic, but not lose track of the long-term goals and values we had before the pandemic hit.”

As mayor, Pownell serves on multiple boards and commissions, including the Economic Development Authority, Hospital Board and she attends Chamber events.

To Ludescher, the council has erred in approving high taxes, giving gifts to the wealthy, engaging in reckless spending, issued restrictive covenants against homeowners and renters, taken “creative financing,” and other issues.

He said the city needs to be “kinder and more neighborly” to neighboring townships, especially Waterford and Bridgewater. He added regardless of who wins, the mayor needs to lead civic projects that benefit the entire city and give appropriate financial assistance to the needy, rather than the well-to-do.

He took issue with a number of council decisions over the last few years, including opting to allow incentives for the Farfield Inn and Suites Project in 2017 despite the Charter Commission’s vote saying the approved incentives for the developers were not allowed under the charter. Ludescher said the city needs to drop the idea of a sales tax after the public rejected the proposal in 2018.

“I would like to see the culture change,” Ludescher added. And, frankly, I think the current mayor can change the castle and moat culture to a people’s house culture. And, I hope she does it before November, so I can rest assured that my candidacy made her a better mayor, and that I can be relieved of the burden of being mayor.”

Denison said he’s unhappy with the direction the city has taken and the approach Pownell has taken as mayor.

“I feel like my fears have played out,” he said. “This is more of a feel-good administration than an accomplishment administration.”

Denison said the business climate has changed for the worse in Northfield over the last five years, from Post Consumer Brands buying Malt-O-Meal.

“I see Northfield stuck in this quagmire,” he said. “It just feels stagnant to me over the last decade.”

To Denison, the city needs to continue to own the hospital to ensure that good local health care continues. He believes the city also needs to prepare for any other unforeseen economic situations COVID-19 could bring.

The primary election, scheduled for positions with more than two candidates, is scheduled for Aug. 11. The top two vote-getters will move on to the November general election.

The candidates, George Zuccolotto and Don Stager, filed for the open seat left behind by incumbent first-term Councilor Erica Zweifel.

Zuccolotto, 24, said there is a lack of representation for people of color on the council. He said Ward 3 is the most racially diverse section of the city, and he believes someone who looks like the average resident should be its representative.

To Zuccolotto, there is too much of an emphasis “on the bottom line” in Northfield, and too little regard for residents and their humanity.

Stager, 52, who moved to Northfield in February 2019, is a product manager. He said he was inspired to move to Northfield after a thorough search. He found Northfield to be a vibrant, unique community which incorporated the recreational aspects he desired.

“I love it so much that I want to support it more,” he said.

Stager said if elected, he wants to continue the growth of solar and wind energy, help ease the transition of using cars to more environmentally friendly ways of transportation, and have the city better market the Mill Towns Trail route. He acknowledged the immediate focus must be on addressing COVID-19 and being good stewards for taxpayers during the economic downturn.

Stager said the city must consider approaches to increase the housing supply.

He supports the city becoming carbon-neutral by 2035 and believes bike paths, buses, train service, Uber and other alternative means of transportation will help.

Zuccolotto said the city needs more affordable housing and, as a self-described progressive community, is not providing enough opportunities for lower-income residents. He disagrees with past council decisions to give money to developers for major projects, such as the 79-unit Fifth Street Lofts project. He disputes that 10% of the housing will be affordable for Northfielders.

He said a lot of Northfielders feel like they can’t own property, adding it doesn’t seem like Northfield is meeting its reputation as a diverse and accepting community.

“These people just want to keep putting obstacles in our way, and it’s not for making it that much better,” Zuccolotto said.

The 2nd Ward covers the south side of the city. DeLong first served on the council in the 1990s and returned in 2012. He is now seeking a third consecutive term.

Reister said running for office wasn’t something she initially considered but came to realization that doing so was part of the democratic process. If elected, she said she wants to ensure the voices of all 2nd Ward residents are heard.

The top issues Reister sees in Northfield include affordable housing, economic issues, transportation and the fallout from COVID-19.

She said there is an unquestionable need for more affordable housing, and she called for listening to what housing experts are saying to attend to the issue.

To Reister, Northfield’s tax base must increase, and city officials must be creative in finding ways to support the community and bring in more businesses to support the tax base.

A Northfield physician, Reister sees her professional career as a way for her to bring a different voice to the council as the pandemic continues.

DeLong said last month he decided to run because he believes his experience and cautious approach to government spending are needed now more than ever.

“In the coronavirus era, it will be even more important to fund necessities as opposed to desires,” he said. “Until we get back on our feet, we may have to cut back on stuff we want and concentrate on what we need.”

In other election filings