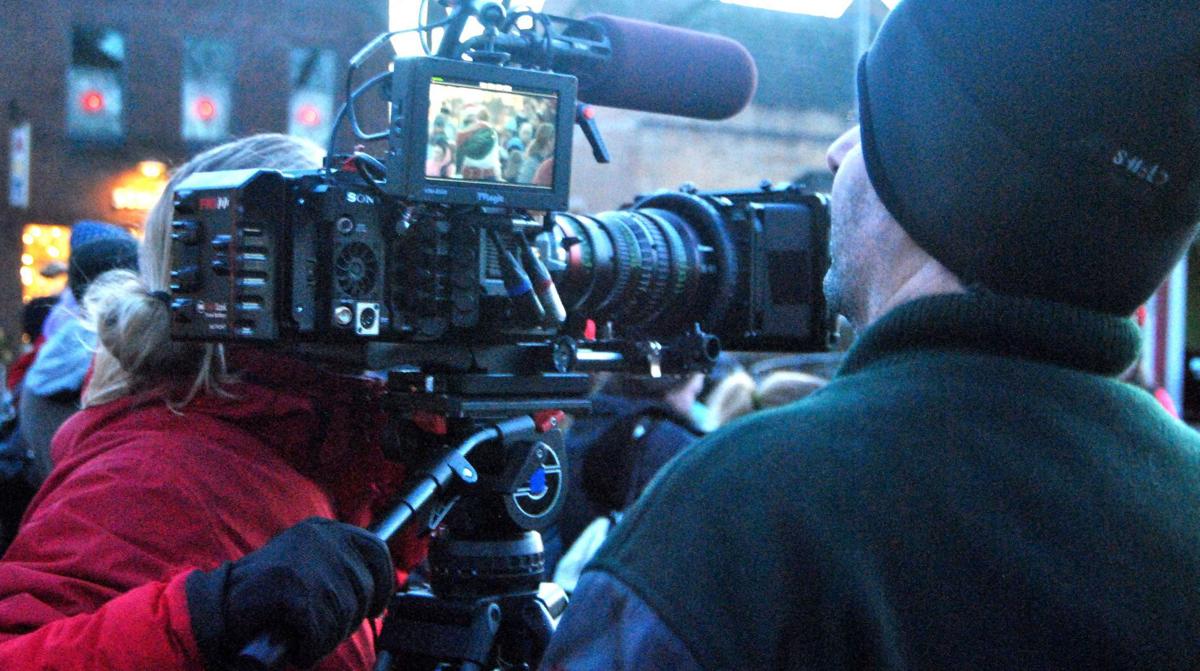 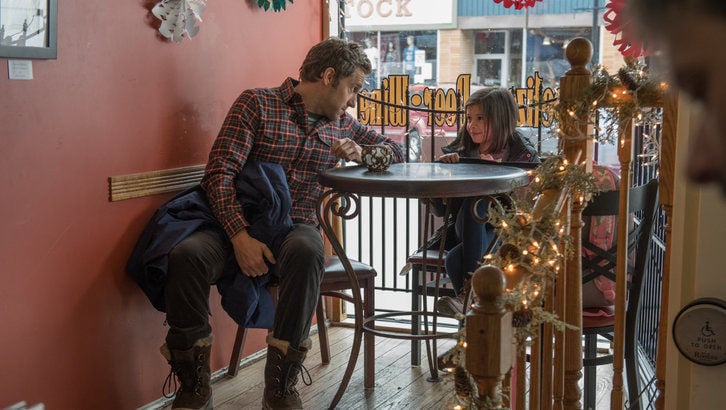 "Love Always, Santa," which is set for a Hallmark Channel debut Nov. 6, was shot mostly in Northfield, including at HideAway Coffeehouse and Wine Bar, pictured above. The movie is planned for an early premiere 7 p.m. Nov. 3 at Northfield Middle School. (Photo courtesy of Hallmark Channel) 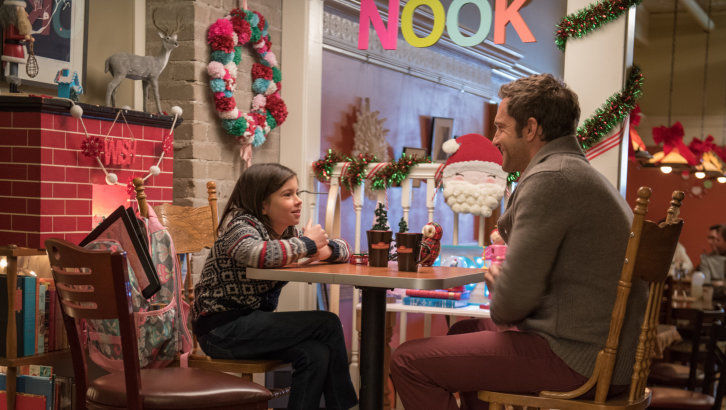 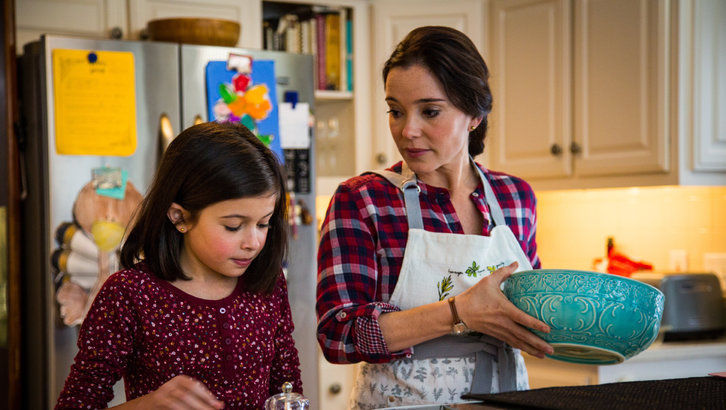 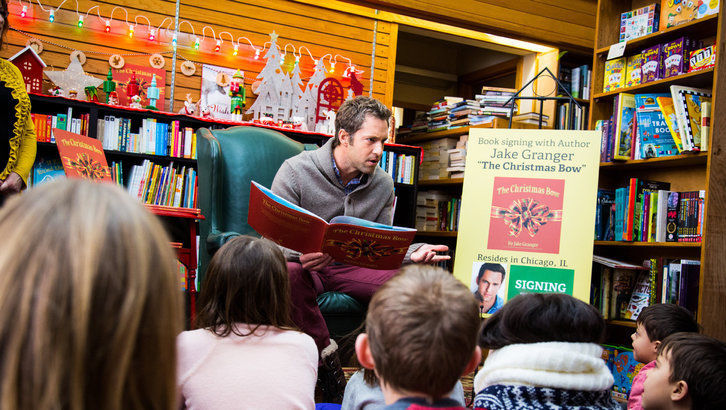 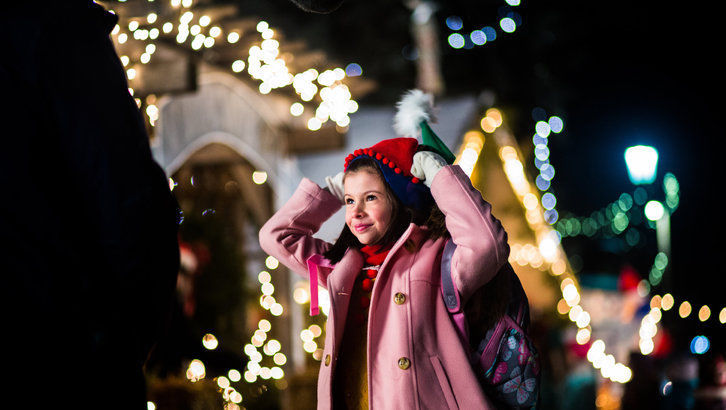 "Love Always, Santa," which is set for a Hallmark Channel debut Nov. 6, was shot mostly in Northfield, including at HideAway Coffeehouse and Wine Bar, pictured above. The movie is planned for an early premiere 7 p.m. Nov. 3 at Northfield Middle School. (Photo courtesy of Hallmark Channel)

The film has arrived and it's ready to hit the screen.

"Love Always, Santa," shot in Northfield last winter, is set to premiere on Hallmark Movies and Mysteries Channel Nov. 6. Residents of the town, though, don't have to wait that long. On Thursday, Nov. 3, the Northfield Area Chamber of Commerce is putting on an early premiere of the Christmas movie.

"We’re totally excited," said Director of Tourism Lisa Peterson. "We’ve been sitting here for last hour and a half (watching the movie) and cheering every time we saw someone from Northfield."

Northfield Middle School will host the event, and according to Peterson, the auditorium has the potential to fit about 700 people. The Chamber is expecting high interest and is advising those coming to arrive early.

The doors will open at 6:30 p.m. with the film starting at 7 p.m. Entry is free, though the Chamber will be accepting donations on behalf of Northfield Food Shelf − monetary and/or perishable food items.

The Chamber plans to make the most of the occasion, rolling out a red carpet for the 6:30 pre-screening time. Attendees can take their pictures on the carpet and mingle before the show.

Staff also hope to be receiving special video messages from the director of the film, Brian Herzlinger, and possibly others. The film's child star, Isadora Swann, who was discovered in the Twin Cities, is likely also to attend the event.

A big reason why Northfield was selected as the primary shooting location for the holiday-themed romance and drama movie is because of Lori Leahy's origin in Minnesota. Leahy runs Strike Accord Productions with her husband, Mike Leahy, and the company was tabbed to produce the film.

She was raised in New Prague and she remembered Northfield from a visit to the town as a high schooler, taking a choral vocal class at St. Olaf College in the 1980s.

"She knew how cool Northfield was with the picturesque downtown street and the river flowing through," said Mike Leahy.

Last December, the Leahys, along with Herzlinger, arrived in town to scout the location. They came during the Northfield Winter Walk, filming B-Roll to be incorporated in the final project.

They were quickly convinced the location would work for their purposes.

"We really fell in love with the town," said Mike Leahy.

They began shooting soon after, spending roughly $450,000 of their budget within the town, accounting for about 90 percent of total cost. One thing they didn't pay for was extras.

When a casting call was put out for residents to take to Bridge Square in sweaters and Christmas clothes, the city answered in numbers. There was no pay for the job, but that hardly mattered to the hundreds that turned out for a shot at appearing in the film.

That kind of response is what Mike Leahy said defined the Northfield experience. He said getting out of Los Angeles to shoot a film can be rewarding, because a greater excitement is generated by the unique experience.

"For a small movie to be embraced like we were in Northfield really can define the success of the film," he said. "In a lot of ways, the town is a character in the film. The movie deals with a widow and her daughter. It really becomes an important place for this widow and her family."

The film producers chose to retain Northfield as the name of the city in the film, though they made some changes to the names of the shooting locations. For instance, the movie's lead character runs a cafe and bookstore called 'The Bun Also Rises,' which does not exist in Northfield.

The locations in the film, mostly downtown, should be recognizable to most of the city's residents. And many citizens will have the opportunity to excitedly point themselves out on the screen.

As retired Northfield High School art teacher Christie Clarke used to teach students about film, she always wondered what extra material she could provide if she had some real movie set experience. So when Strike Accord asked to shoot in her and Jack Goldfeather's Northfield home for "Love Always, Santa," the answer was not difficult to come by.

"It was sort of like a dream come true," she said.

The company put the couple up at Archer House for a while, as they used the entirety of the house to film the at-home shots for the movie. It also paid them for the right to use the house.

According to Clarke, the film crew thought the colonial style of the house fit in well with the Christmas theme.

Over the coming weeks, Clarke saw her real-life home turn into a fictional setting for a fictional story. She watched, as about 35 people trounced and paraded through the home, carrying cameras, cords, props and the like.

The basement became a makeup and costume area, while the garage transformed into a food service space. Her artwork and traditional holiday decorations were replaced by pastel-colored decor.

"It was surreal," Clarke said. "I would walk in and I would feel like I was someplace else. I removed myself from the situation, and then I was able to laugh and enjoy it."

So what did she learn that she could use in a classroom if she's ever teaching film again?

"I learned that there is a lot of waiting and waiting for people to set up the new shots, to move things around, to do a take," she said. "It just goes on and on for hours and hours. They would shoot into the night."

For all the space required, changes made and time taken, Clarke was impressed with how the company and crew treated her and Goldfeather. Any damages to the home were taken care of immediately, and the two were always allowed to come in and out when needed.

Now, the couple gets to take a look as the home they've been in for the last 30 years is displayed for likely millions (with rerun showings on Hallmark) to see.

There's no guarantees on how many people will see "Love Always, Santa," but it's likely to hit the million mark in just its premier showing. Last year, a Hallmark original Christmas movie, "A Christmas Detour," saw 4.78 million viewers overall in one showing over Thanksgiving weekend.

Mike Leahy said he's not sure how many times the movie will run on Hallmark, but if it sees decent ratings, it will certainly see more airings before Dec. 25. Every time it's shown, more people will see Northfield, and hear its name spoken aloud. That's invaluable, according to Chamber President Todd Bornhauser.

"That's literally millions of dollars of free advertising we could never afford," he said. "Hopefully, this leads to other productions being filmed down here and can become a real economic driver for us."

In fact, Northfield is already seeing the movie momentum carry forward. Tara Tucker with Tucker Hess Productions has decided to shoot her own film, partially in Northfield, though most will be shot at Nerstrand Big Woods State Park.

According to the Chamber, Hess's movie is set to be a "darker version of Mary Poppins," and is likely to be a similar-scale production to that of "Love Always, Santa." The crew for the new film recently arrived in town and has plans to start shooting on the weekend.

Northfield makes an enticing location to filmmakers for a few reasons. First, it is just outside the Twin Cities metro, meaning it qualifies for larger tax rebates through the Snowbate program. The city also boasts a scenic downtown, featuring traditional buildings and a river cutting through it.

Supporters of the program said earlier this year that it brought 155 projects to Minnesota over the last three years. In addition, they said Snowbate has generated almost $54 million in film and TV production over the past three years, and produced about 3,000 jobs.

Some lawmakers are not in favor and said there are more effective ways for the state to fund job creation. A proposed cut of the program would save roughly $1.8 million, but it was not pushed through at the most recent legislative session.

For now, the program remains standing, and Northfield hopes to take advantage as much as possible.

"It could be a real economic driver," Bornhauser said.

After losing her husband Bradley three years ago on Christmas day, Celia Banks never thought she’d fall in love again. Now, her entire world revolves around taking care of her daughter Lilly. Lilly writes a letter to Santa with one wish — for her mommy to be happy and find love again. Stars Marguerite Moreau and Mike Faiola.