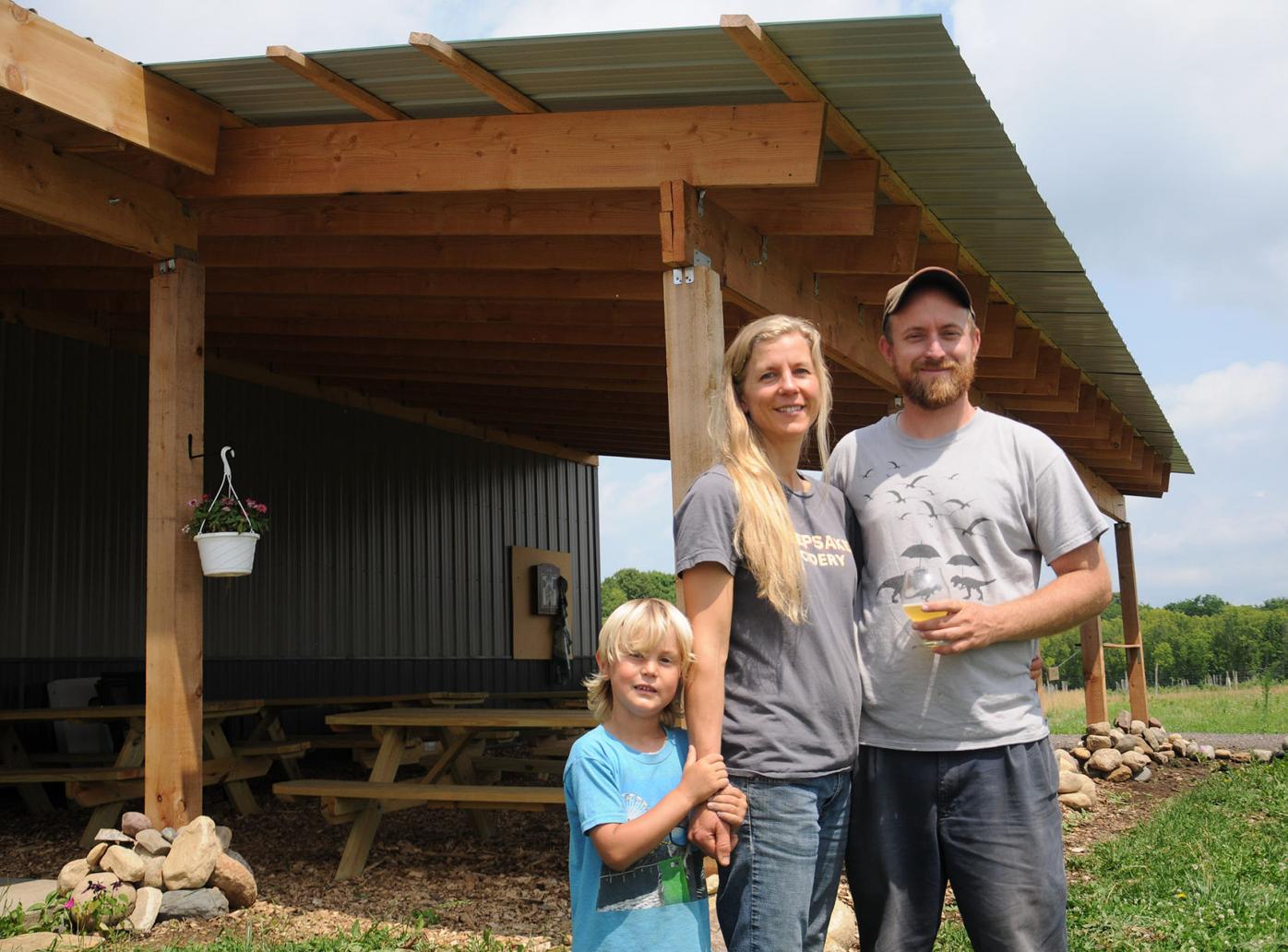 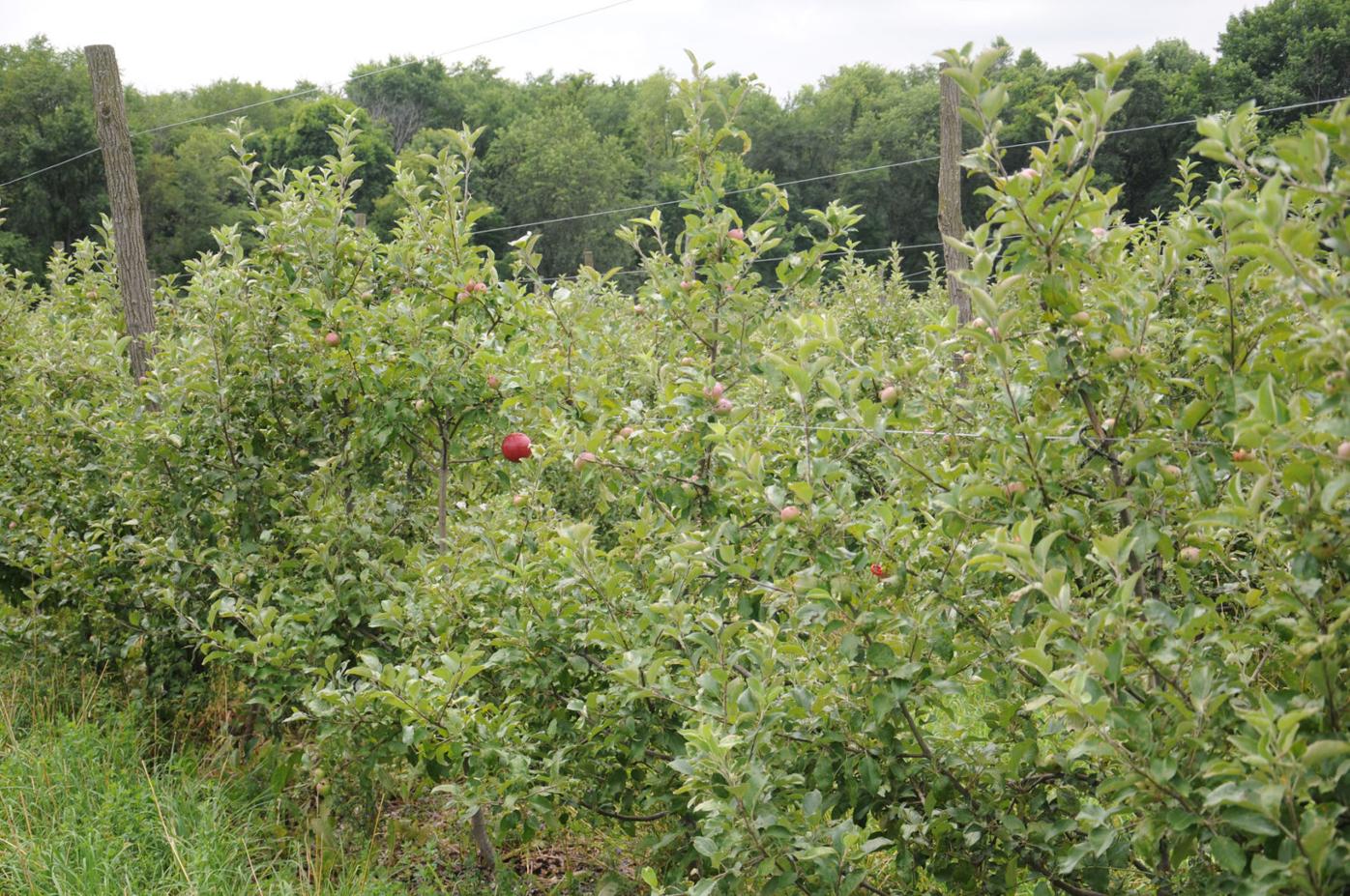 Keepsake Cidery has two orchard areas in Dundas and uses 30-40 varieties of apples to produce its hard cider. The cidery has also opened a tasting room on Saturdays from noon to 6 p.m. (Nick Gerhardt/Northfield News)

Keepsake Cidery has two orchard areas in Dundas and uses 30-40 varieties of apples to produce its hard cider. The cidery has also opened a tasting room on Saturdays from noon to 6 p.m. (Nick Gerhardt/Northfield News)

Keepsake Cidery owners Nate Watters and Tracy Jonkman say the best way to get an idea of the approach Keepsake Cidery takes to producing its hard cider is just to come out to the cidery.

That got a lot easier for those interested when the husband-wife duo opened a tasting room for their cider in May in Dundas. The tasting room, which is open from noon to 6 p.m. Saturdays, offers those curious about cider an opportunity to sample Keepsake’s offerings as well as learn about the process it takes to create cider. From touring the production area to walking the rows of apples trees, visitors can get an up close view of the operation.

“The best way to tell the story is if they come out and see it for themselves,” Watters said. “You can ask any question, you can walk through the orchard. It’s intimate access.”

The cidery, which started three years ago, is certified organic and uses locally sourced apples. Watters and Jonkman planted their first orchard in 2014 and just started using apples from the orchard for cider last year. Watters said they made around 100 cases of cider from their apples in 2016 and expects that to increase to around 400 to 500 cases this year.

Watters and Jonkman rely on a variety of apples to create unique tasting ciders. Keepsake uses around 30 to 40 different apples to create ciders. Those varieties of ciders include: Woodskeep, a medium, semi-sweet cider; Wild, a cider that relies on wild yeast for fermentation; Heartwood, its dry cider, aged with red oak; its Wood and Spirits series, which features cider aged for a year in barrels and staves from Isanti Spirits and Loon Liquors.

“We want to be something people search out,” Jonkman said.

The Saturday tasting room also features locally produced meats and cheese from neighbors. There’s a spirit of collaboration between Keepsake and local business and farms. The meat comes from Nerstrand Meats and the cheese comes from Singing Hills Goat Dairy, Jonkman said. Additionally, Keepsake works with Northfield distiller Loon Liquors as well as the recently opened breweries, Imminent and Tanzenwald. Keepsake has worked closely with Sogn Valley Orchard for guidance on growing apples as well as using the orchard as an apple supplier.

“It’s really a unique market where everyone is cross marketing,” Watters said. “The more we can get everyone succeeding, the better.”

Watters has a farmer’s sensibility and patience when it comes to growth for the business. He and Jonkman favor a slow, steady growth.

“We don’t want to rush ourselves,” Watters said.

Keepsake now has three part-time employees to help and started a second orchard two years ago. The pole barn where the cider is produced is already a tight fit with all the equipment and while additional space may be in the future, for now the couple is focused on making the highest quality cider it can.

Keepsake tries to refrain from spraying its trees with pesticides and instead relies on traps, beneficial insects and birds to save the trees from any harm. If it needs to spray it will use organic pesticides. The cidery also seeks to utilize natural yeasts in fermentation.

“Our focus is on quality,” Jonkman said.

Keepsake’s ciders can be found from Blaine to Rochester now and is in 130 locations around the state.

Keepsake’s location near the Cannon River Wilderness Area provides a picturesque setting for those out to make a day of visiting the orchard and tasting room.

“We’ve had a lot of return customers,” Watters said. “The feedback has been incredible.”

When: Noon to 6 p.m. Saturdays