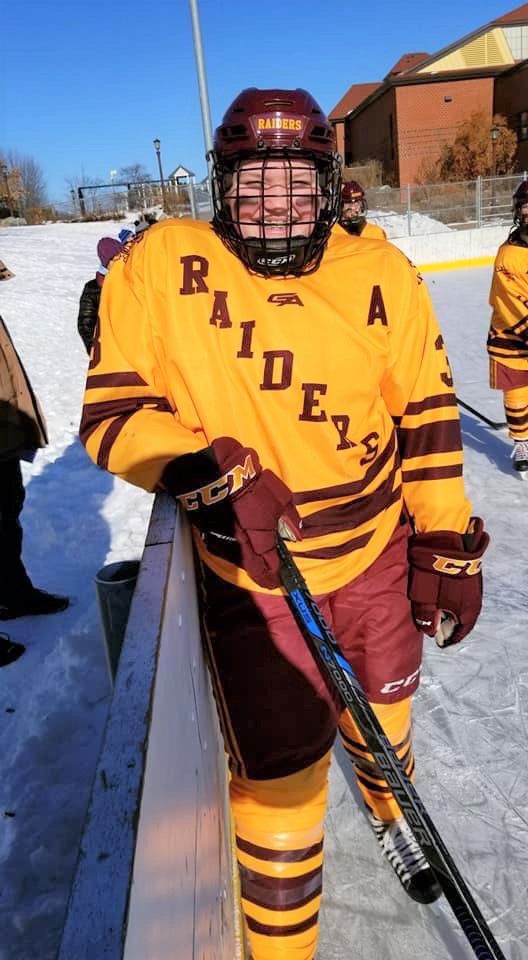 Pagel in her varsity hockey jersey. Pagel was one of two Raiders awarded for their excellence in the classroom, athletics and fine arts. (Photo courtesy of Pagel) 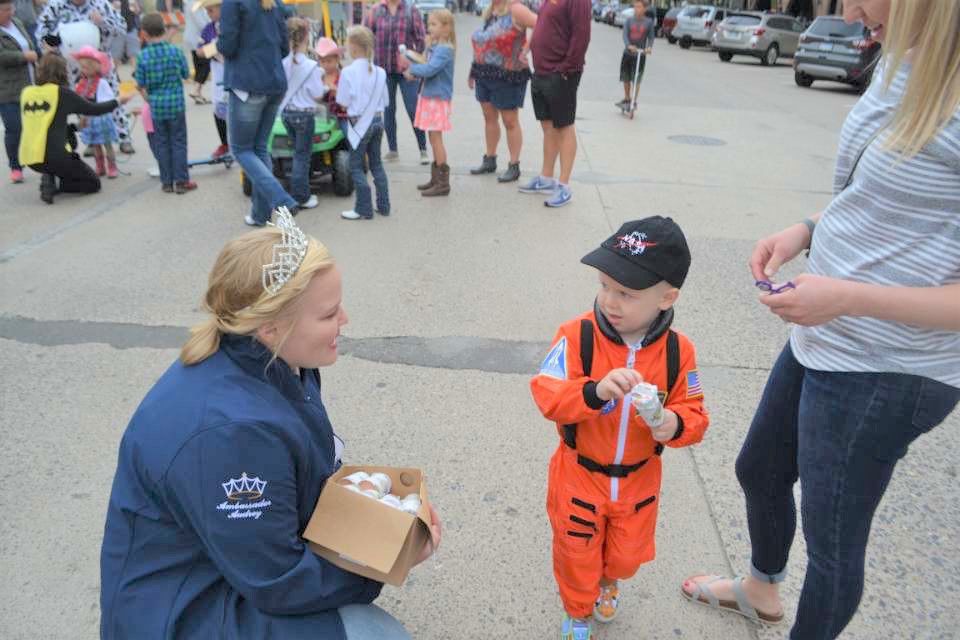 Pagel participates in the Defeat of Jesse James Days activities last year as a DJJD ambassador. (Photo courtesy of Pagel) 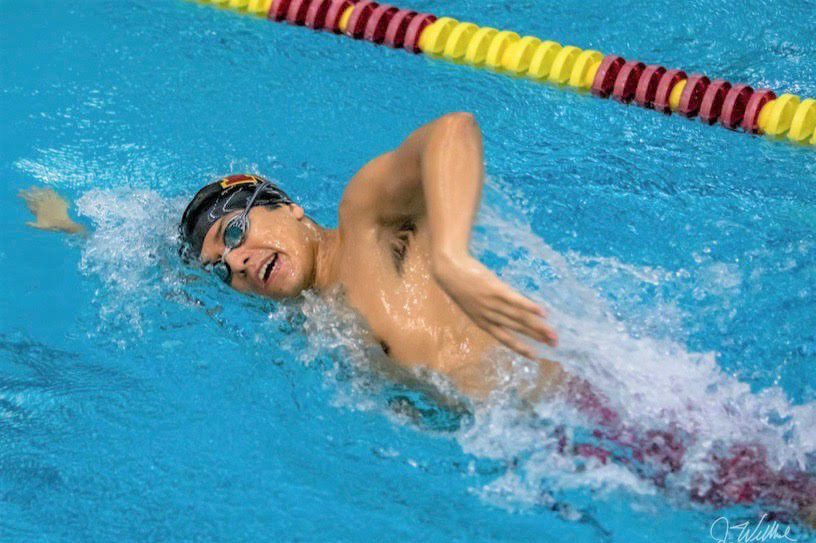 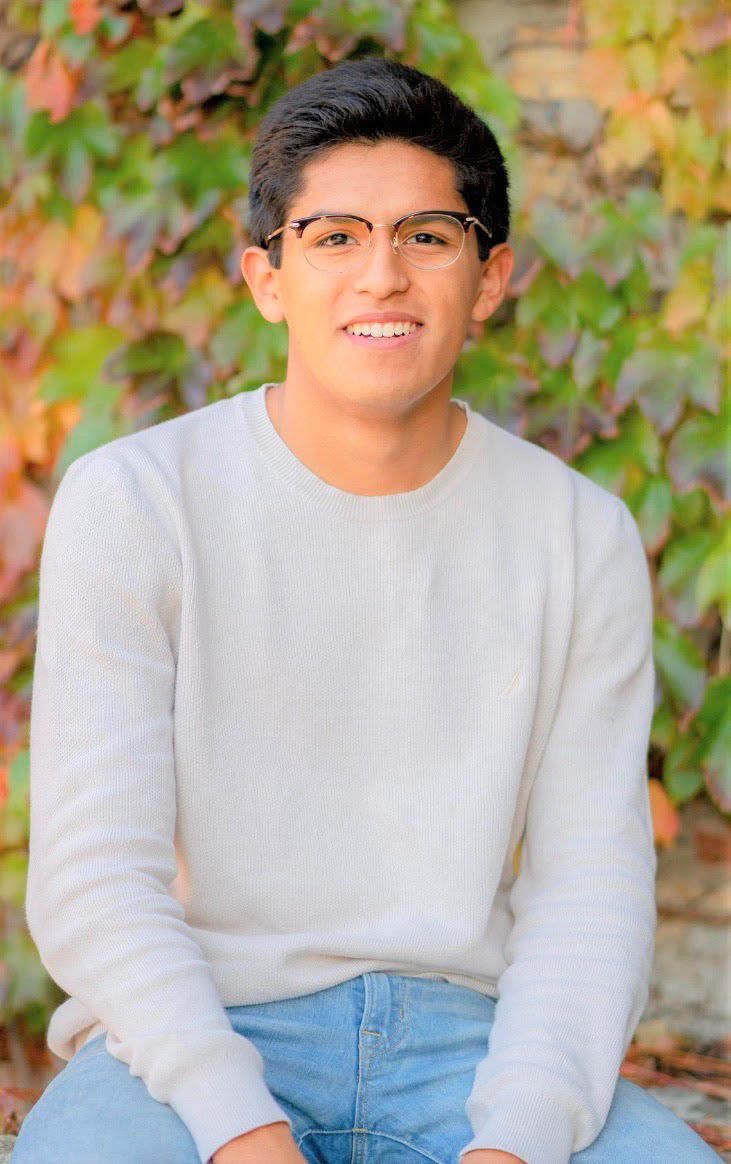 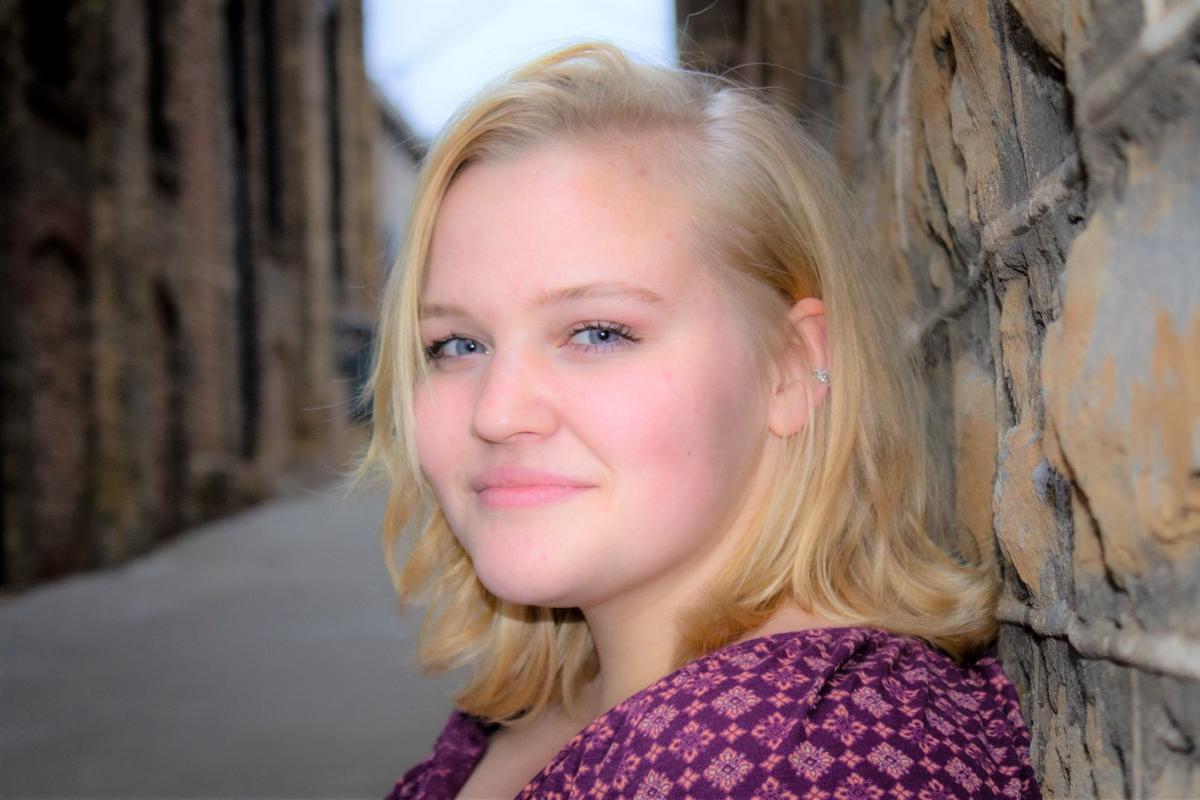 Pagel in her varsity hockey jersey. Pagel was one of two Raiders awarded for their excellence in the classroom, athletics and fine arts. (Photo courtesy of Pagel)

Pagel participates in the Defeat of Jesse James Days activities last year as a DJJD ambassador. (Photo courtesy of Pagel)

From leading their teams as captains to volunteering their time to impact the Northfield community, Audrey Pagel and José Gonzalez Ramirez know the pressures and rewards of being student athletes.

For their herculean efforts, Gonzalez Ramirez and Pagel received Northfield High School’s nominations for the Triple A award, a prize for students accomplished in academics, athletics and the fine arts. They will now be considered for the award along with other nominees in the nation.

“It really starts with joining one club,” Gonzalez Ramirez said, “because I know I didn’t put myself out there to join swimming. One of my friends asked me to join swimming and I was hesitant at first, but once I joined it, it opened my horizons to join other things. I thought, ‘Wow, there are so many cool people in swimming, I wonder how many cool people are in Science Olympiad or other clubs.’”

As with many student athletes, Pagel also has a mountain of commitments to balance.

Pagel also takes part in the one act-plays, LOA, RALIE, Young Sculptors’ Project, is an honors art student, chairwoman of the Mayor’s Youth Council, president of the Youth Mental Health Board, an ambassador of Defeat of Jesse James Days, volunteers at the Arts Guild and performs her original songs at concerts around Northfield.

With all of their commitments to balance, Pagel and Gonzalez Ramirez have learned to keep an organized schedule.

“For Science Olympiad, we usually meet during flex, an hour in the day between fourth and fifth hour,” Gonzalez-Ramirez said. “We usually meet then because a lot of people are involved with other activities and are busy with sports and stuff. It helps a lot. I also have sticky notes and put down what I have to prioritize to get done for the next day or the week. It helps me a lot to remember all the meetings.”

“I think just scheduling is a big part of it,” Pagel said. “Most of the time you just have to prioritize things — decide what is most important to you. I definitely thrive off being busy; I find happiness in being able to see different people throughout the day and work with different people.”

But being surrounded by different people wasn’t Pagel’s initial reason for becoming a student athlete.

“I had always had people tell me to be involved in things for college applications,” she said, “but then I found myself wanting to be involved in things because I loved doing it, and so obviously that has been able to build up a resume, but it’s mostly just what I love to do. I find the groups that I’m in that are more meeting oriented — like Mayor’s Youth Council or the Mental Health Board — I learn a little bit more from those because I learn how to speak and communicate with other people as well as schedule with people, and then my team-oriented ones are how I create bonds with people and motivate people.”

Gonzalez Ramirez has also found personal growth since getting involved.

“I would not be anywhere I am without my friends,” he said. “I wasn’t always an outgoing person. I think it started in eighth grade when I joined the swim team. I was relatively shy. Joining the swim team with a bunch of high schoolers and bigger guys — and I was just a smaller, little guy — just joining those guys and seeing how hard they cheered for me, it made me want to cheer for other people too and support other people as well and it grew and grew from that and I found my personality and became a supportive and loud person sometimes at sporting events.”

Gonzalez Ramirez’s natural work ethic and leadership have taken him a long way.

“Not only is he great at being a role model for younger athletes on how to carry yourself day in and day out as a member of our team but also vocally he’s a great leader when it comes to teaching younger athletes, encouraging them,” said Gonzalez Ramirez’s track coach, Tyler Balow.

Those same traits have been evident in Pagel’s work, especially in her tenure as a hockey captain.

“She has a way of making every player on the team, regardless of their playing time status, how old they are, or how long they’ve been playing hockey,” Girls Hockey Coach Paige Haley said. “She makes them feel included and a part of the group. She’s really bridged the gap between JV and varsity, and has helped make the teams feel connected.”

But they couldn’t have done this on their own. It has been with the support of friends, parents, teachers and coaches that Gonzalez Ramirez and Pagel have thrived with their busy schedules while preparing for life after graduation.

“Having supportive parents really helps a lot,” Gonzalez Ramirez said. “Also, two of my coaches — Doug Davis, the swim coach, he always puts it into our brains that if you want something you actually have to work hard for it, and I understand every part of that. I work hard in my school and my sports and really it does take a lot of effort to reach your goal. Doug Davis is definitely one of my role models, and I’d also say my track coach, Tyler Balow, is as well. He’s a really supportive guy; he always knows what to say.”

“My art teacher, Mrs. [Katherine] Norrie,” Audrey said, “she’s the sweetest person ever, she’s the light of my day all the time. I spend three hours with her during the day for art classes. She’s always been a really good supporter of everything I do.”

After graduation, Pagel will take part in a rotary exchange in Denmark where she will attend one year of high school before attending Concordia College Moorhead and study to become an art therapist.

Gonzalez Ramirez is waiting to hear back from a few more colleges before making his final decision on where to begin his studies in neuroscience.

“Be an advocate for yourself and let people know that you want to get involved and try things,” Pagel said of her advice for students and community members who want to become more involved. “Most times, people have things for you to do. Be dedicated and definitely find the things you are passionate about.”

“When you realize how much you’ve done, it’s nice to be able to feel honored like that. I would still feel proud of everything I would do without the award as well but it’s just really special to be able to say that you were involved enough for people to recognize it.”

Erickson is a freelance writer for the News. Carlos is an intern.

“Be an advocate for yourself and let people know that you want to get involved and try things. Most times, people have things for you to do. Be dedicated and definitely find the things you are passionate about.”