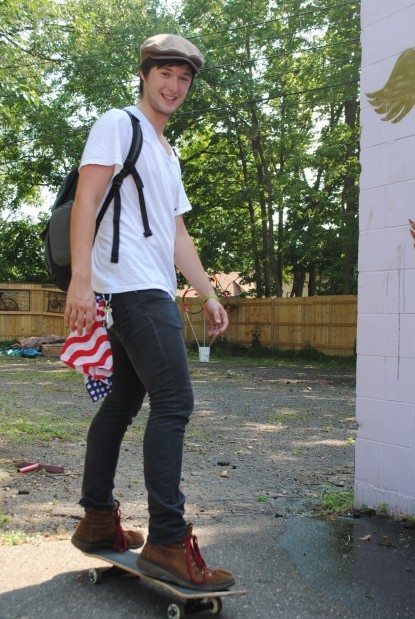 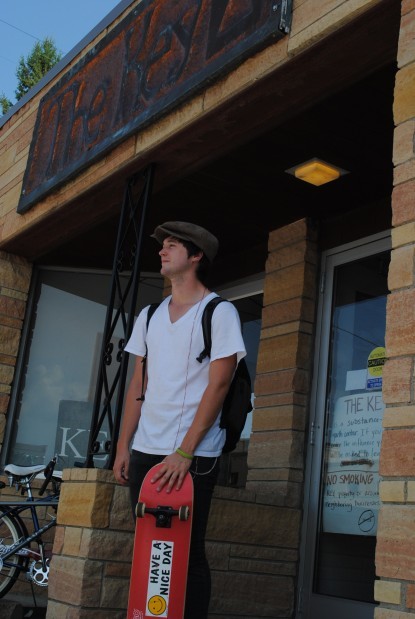 Youth today are becoming more involved in voicing concerns over social issues, but few take action as much as Clifford Martin.

Martin, 18, has his hand in several ongoing social actions that have the potential to change Northfield, Minnesota and America.

Through Northfield Transition Youth/Youth Energy Summit, an environmental group geared toward making Northfield a more sustainable community, Martin has taken on the role of designer in the re-creation of recycling bins for downtown Northfield. In cooperation with other youth and community members, a final prototype is now in place, in which Martin managed to remake existing bins to incorporate “building community” into the design including art, local advertising and garden space.

He’s also activated the Inside Out Photography Project with friends from the greater Twin Cities area in cooperation with Out Front Minnesota, the largest advocacy for the Lesbian, Gay, Bisexual and Transgender (LGBT) community in the state. By displaying poster-sized images of close-up faces, the hope is to help tackle phobias, like homophobia.

“The faces tell a story, a cause, an idea,” said Martin, who is also releasing a Facebook video that juxtaposes spoken stories alongside image of faces. “It represents a new kind of activism. You don’t have to protest, but you can tell a story through your face.”

Martin also has ongoing involvement as a board member of the Union of Youth, and, through his senior project at Arcadia Charter School (formerly ARTech), he is crafting a website that will network activist organizations throughout the state and address the theory of social change.

In addition, Clifford has joined others at Take Action Minnesota in organizing a campaign to help people – high school kids included – gather with politicians face-to-face to talk about their vision for the communities in which they live. Along with friends, Martin recently helped organize a youth-led gay rights march in the Twin Cities, which, he said, has had a lasting impact, inspiring LGBT kids in Northfield to “come out.” Finally, he will be attending the Democratic National Convention in September.

“Getting involved can be difficult for the average person, but once involved you find out there’s a whole world of different opportunities out there that you didn’t know about,” said Martin.

“It’s inspiring to see Cliff’s desire for change,” said Mary Jo Christofaro of Transition Northfield. “He’s looking for creative solutions and is out there giving his time and seeking real change.”