Sign Up
Log In
There are no services available.
You are the owner of this article.
Edit Article Add New Article
Home
News
Sports
Opinion
Obituaries
Classifieds
Local Ads
Forms
Subscribe
E-Editions
Publications
Contests
1 of 2 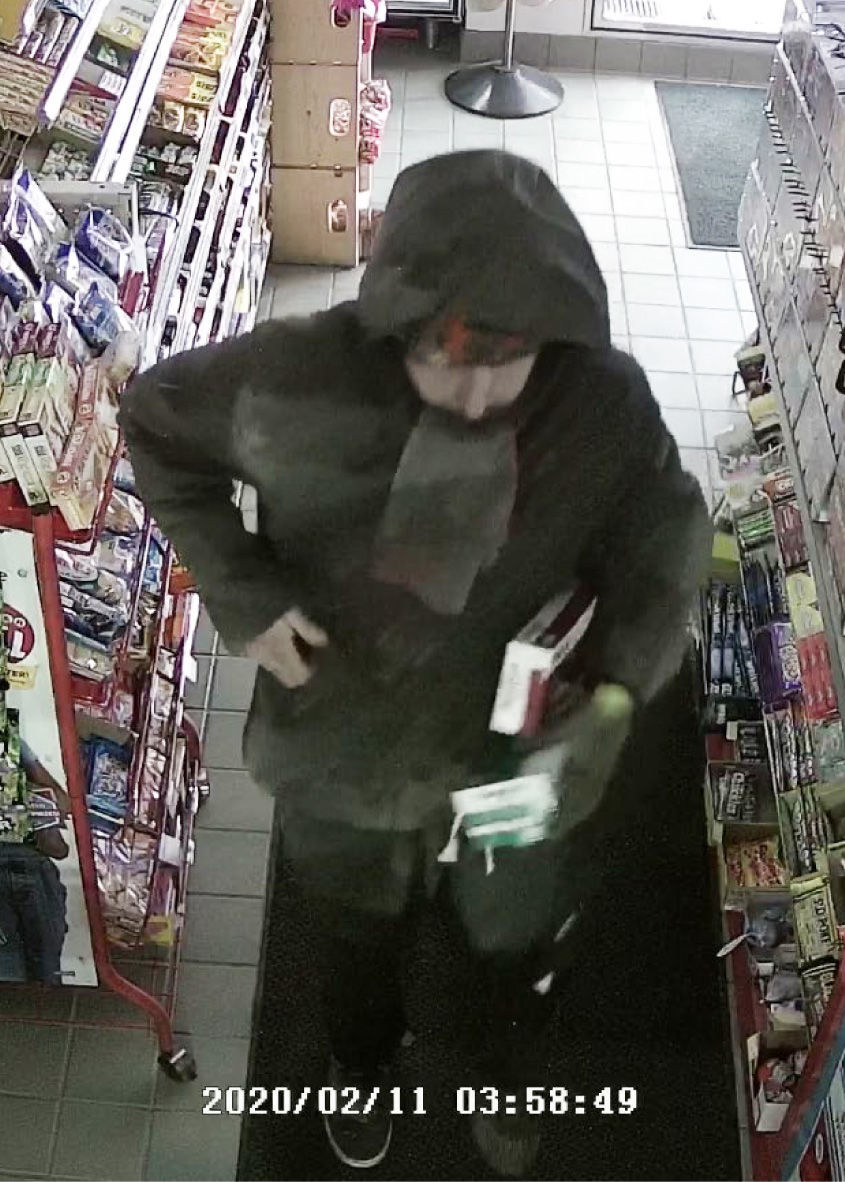 Surveillance photo captures the burglar as he walks in Ziggy's. Police are looking to apprehend the male after the Tuesday burglary. (Photo courtesy of Northfield police)

The suspect is seen in this picture in the store. Northfield police advise anyone with tips to either call at (507)-645-4475, contact Northfield police via their website, https://www.ci.northfield.mn.us/263/Police-Department, or send an anonymous text "RICECO" to TIP411. (Photo courtesy of Northfield police)

Northfield police are seeking assistance in identifying a suspect in a burglary early Tuesday at Ziggy’s convenience station.

Police state the suspect fled the scene after a burglary alarm sounded at 109 N. Water St.

“We are asking the public to assist in identifying the male suspect from the surveillance camera photos provided,” police state. “He was wearing a darker jacket and black pants. The jacket had a rip over the elbow, exposing the light colored insulation.”

Anyone with information is advised to either call police at (507)-645-4475, contact Northfield police via their website, https://www.ci.northfield.mn.us/263/Police-Department, or send an anonymous text “RICECO” to TIP411.