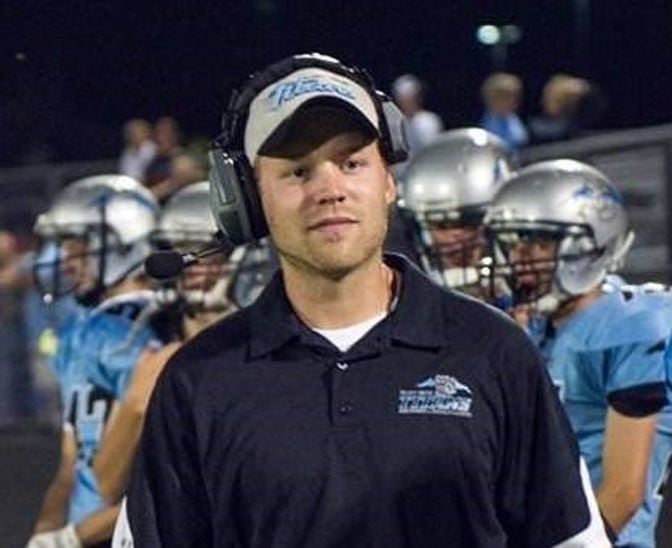 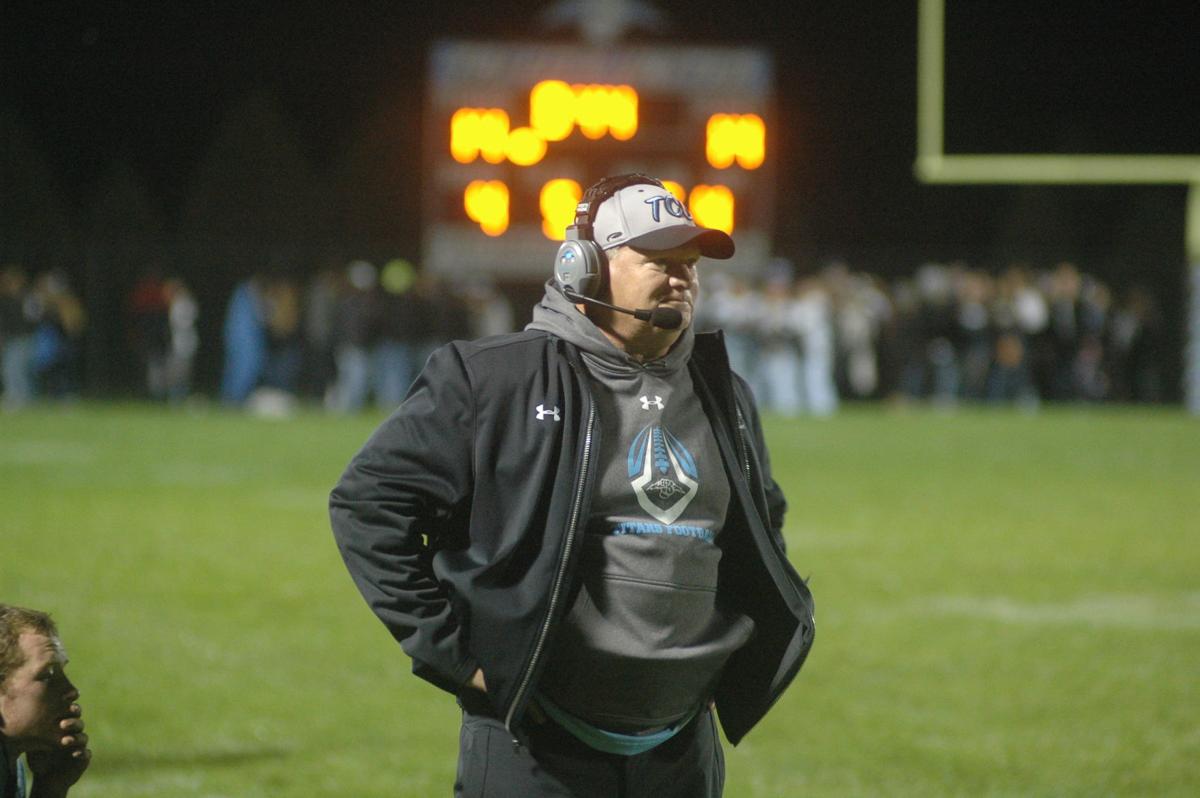 As the new head coach of the Tri-City United High School football team, Matt Collins could easily be tempted to follow in the footsteps of legendary coach Ken Helland.

But Collins intends to make his own path.

A Le Center native, Collins coached under Helland as an assistant coach for the last eight years. He started as a volunteer assistant and most recently has been a full-time varsity assistant, coaching the quarterbacks and the secondary. For the past two years, he has also been the head baseball coach at Janesville-Waldorf-Pemberton, where he taught physical education for the last three years.

He will be joining TCU High School in the fall as a physical education/health/DAPE teacher.

"I took the job at TCU, because when I went back to school for my teaching degree, it was my dream to come teach and be the head football coach at TCU," Collins said. "I wanted to be able to have a positive influence in my home community and school district. I am grateful to have that chance at TCU."

Helland has confidence in his protege.

"I think coach Collins will be a good head coach," Helland said. "He has been preparing for this opportunity for several years. As a player, he really loved the game and was very coachable and always worked hard and put in the extra time to be better. He has a lot of football knowledge, and will do the extra work to be well prepared. The knowledge and experiences he has gotten from being a player in high school and college, and an assistant coach, has prepared him well."

Graduating from high school in 2009, Collins, 29, played for Helland from 2005 to 2008 as a star quarterback, safety and captain for the Le Center Wildcats.

Despite battling leukemia cancer since the winter of his senior season in high school, he returned to play football as a quarterback and later defensive back at Gustavus Adolphus College in the fall of 2010 and graduated in 2014 with a degree in health and exercise science. He then went back to school and in 2016 graduated with a physical education and health teaching degree from Minnesota State University, Mankato.

“I knew all along that I wanted to play football again, and there was no way I wasn’t getting on the field again,” Collins said then. “There were days I didn’t think I would ever play again. My friends and family along with God helped me remain strong through it all.”

Collins brings a lot of coaching experience to the Titans, but Helland has been in the high school coaching business more than twice as long. He retired as a coach and physical education teacher this spring after 40 years.

Coaching Minnesota high school football since 1980, the Emmons native finished his career with an overall record of 189-189.

Then in 12 years at Le Center from 2000 through 2011, he had his most success, as the Wildcats posted an 84-37 record. Since the time Le Center combined with Montgomery and Lonsdale in 2012 to become TCU, the Titans have gone 43-37 under Helland.

"I am very proud of all the teams that I have coached," Helland said. "Our teams have always been known for playing the game hard with great effort and giving their best effort. The players are the ones that make the team and make coaching fun and rewarding."

Helland said he "will miss the relationships with players and coaches, the challenge and excitement of the game day. My coaching highlight was 2015 when we won the conference and section championship, and made it to the state semifinals."

"Ken is a legend … 40 years and thousands of hours into football," TCU Activities Director Chad Johnson said. "Coaches don't stay in the game 40 years anymore. He is very unique. If you have the time, he could tell you football stories for 24 hours … but you will most likely have to do it in a fishing boat. He is a big fisherman as well. I have nothing but great things to say about Ken."

Collins agrees: "Ken Helland is as passionate of a coach as you will ever find. To do something for 40 years truly shows how much he loves the game. We want to extend our gratitude to him for leading the TCU program over the last eight years."

Johnson said Helland "retired — plain and simple. He went out on his own terms, and TCU is grateful for his many years of service."

In his retirement, Helland said he will be doing "lots of fishing, spending time with family, traveling, golf, doing whatever I want."

Johnson expects the team to take a different direction with the new head coach.

"We are very grateful for what Ken his given to TCU and very equally excited for Matt to take over," Johnson said. "He is not Ken Helland. He needs to be Matt Collins, and that is why we chose him to lead this program. I think we will see some changes mainly in the offensive scheme. A lot of ways to do things in football. Ken was a great coach here, but Matt is his own person with his own style. That is what we are looking to see come this fall."

Collins has been a big part of TCU football as a coach here in the past, Johnson said: "He has a great vision for this program moving forward. I hope these restrictions get lifted so he can get to work and get our kids ready for a new era of Titan football."

Johnson said Collin's strengths as a coach are "familiarity with the program, strong background in what it takes to develop all athletes. He will be great for our school and the football program."

Collins noted, "My experience at TCU has provided me the ability to form great relationships with both players and the other coaches. I think the strong relationships we have in the program will be a building block for success in the future. Strengths that I bring to the team are a strong work ethic, positive leadership, energy, and creativity."

"All of coaches remain on staff, and they have a good chemistry between them," Johnson said. "I believe we will be structured the same with our current staff with some new additions to strategies and philosophies on both sides of the ball."

Practices are officially scheduled to start on Monday, Aug. 17, and the first game is at home versus Waseca on Friday, Sept. 4. This schedule, of course, may be altered due to the ongoing COVID-19 pandemic.

Collins and his wife, Meghan, and their dog, Riley, make their home in Le Center. He's itching to get started.

"Our goals for the team are to keep improving our participation numbers, provide a positive experience for our players, and develop our athletes both as football players and as leaders," Collins said. "On the field, we want to improve every day, play fast, and be physical. We want to be playing our best football come playoff time. I am excited about the future of TCU football. We are hopeful that we will have a summer where we can have the team together in the weight room and for camps and have a normal season in the fall."