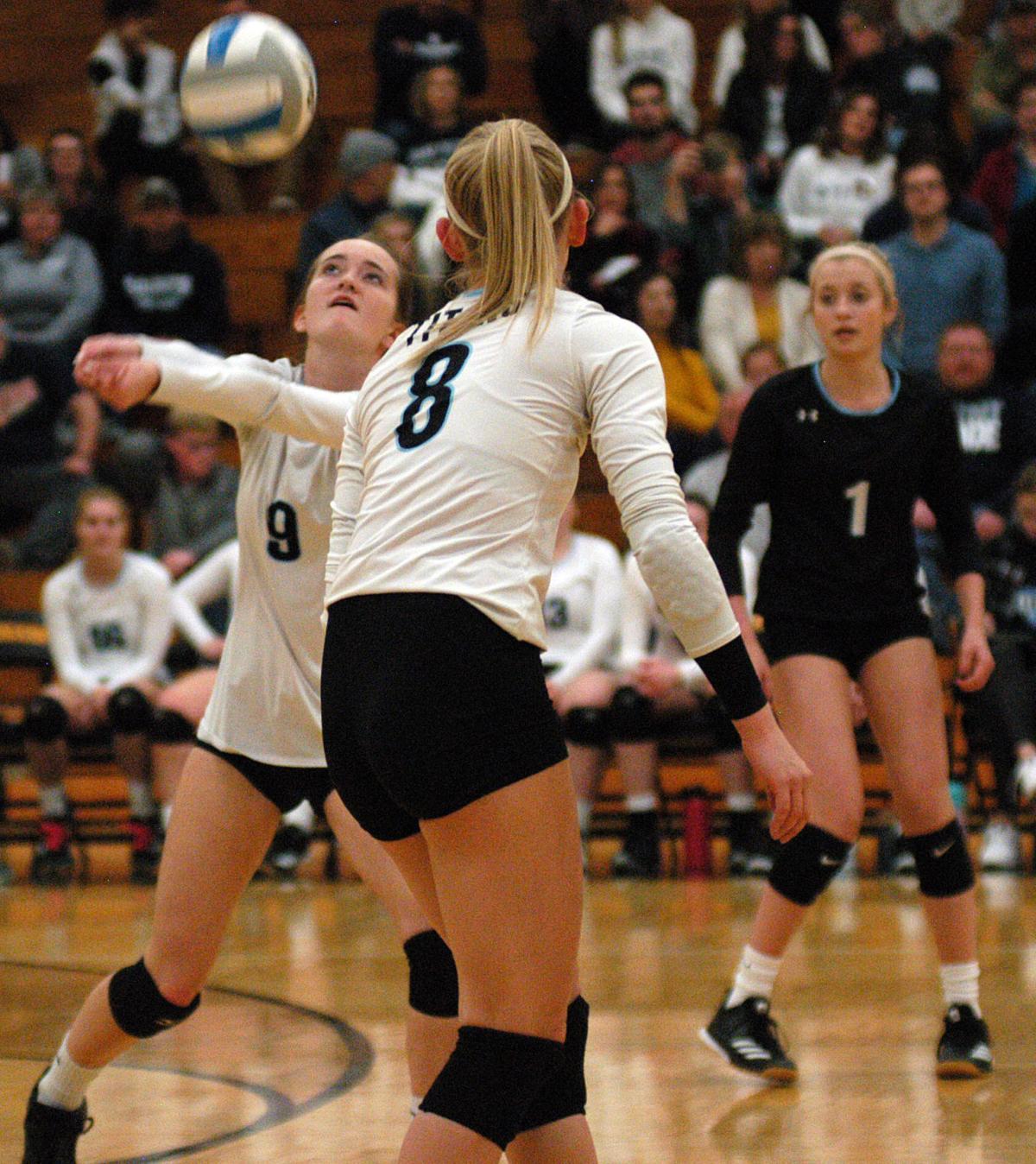 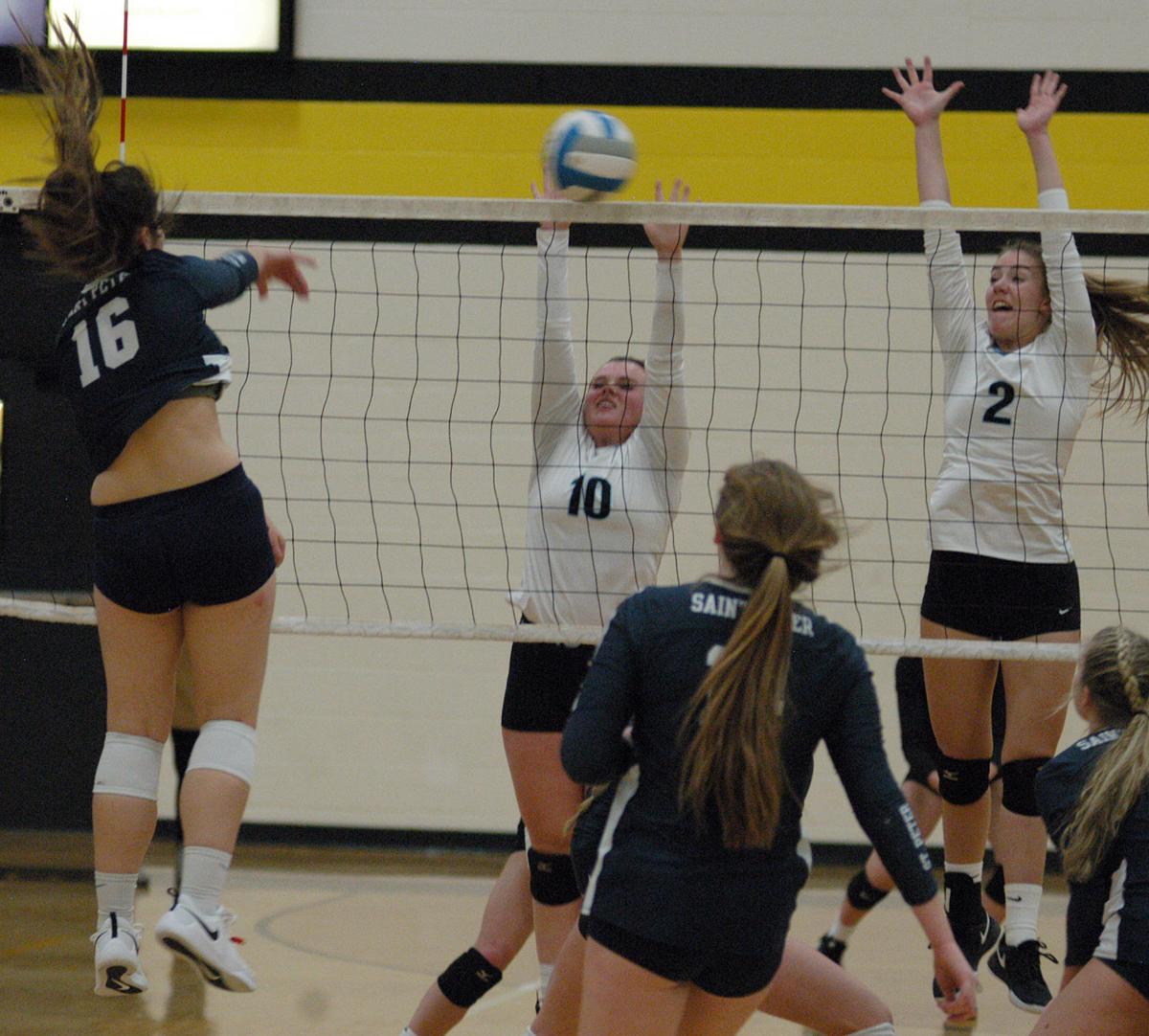 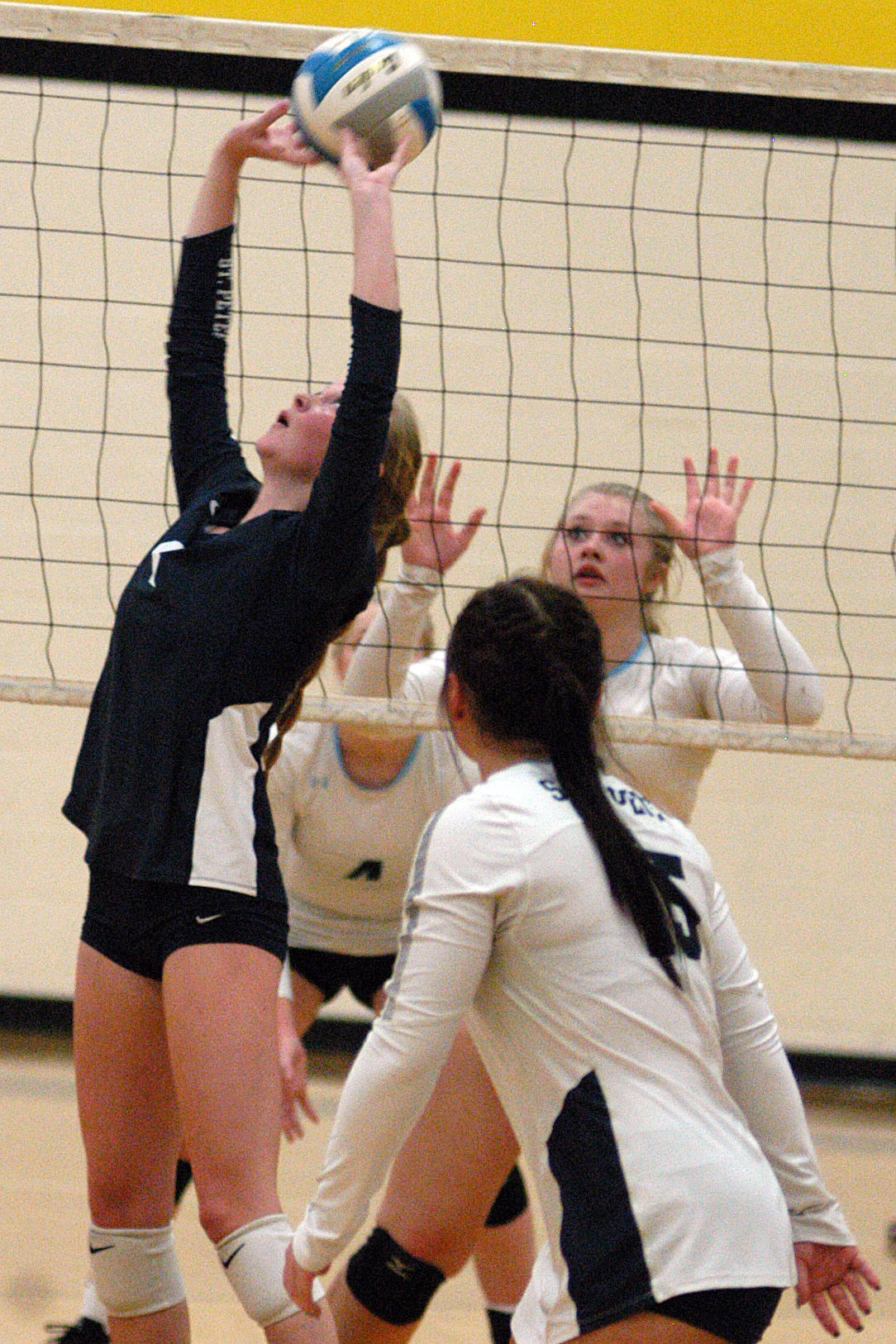 The Tri-City United volleyball team into this season with a goal of taking it to another level.

The St. Peter-TCU match featured a battle of the Saints’ middle hitters versus the Titans’ middle blockers.

“We had a job we set out to do, and that was to try to block St. Peter’s middle hitters,” first-year TCU head coach Renae Chappuis said. “It was a good matchup at the net, and I thought they work hard. I thought there were a few times where we had momentum swings with some missed serves. But you can’t predict that. It’s a matter of how well you get over it going forward.”

The Saints, who had 42 kills to the Titans’ 18, just had too much firepower for the Titans to overcome.

The Titans took its only lead in the second set by as much as 10-5. But the Saints roared back to tie it 10-10 on a pair of kills by Bushaw and one by Remmert. Bushell nailed another kill to give the Saints the lead for good 13-12, and Chabot served hit a trio of serves to make it 15-12.

“This season overall was the season of humongous leaps and bounds and growth,” Chappuis said. “TCU had not had a strong volleyball program in years, and this has been a huge building year. They have gone above and beyond as a team, more than I’ve asked, and they’ve really learned the game inside and out.”

“The girls had highs and lows just like any other volleyball game. I would like our passing to be a little more on. I would have like our quickness to be there, but overall we played to the best of our ability we could for the evening.”

The Titans will lose just two seniors to graduation, but they will be big losses, setter Ellie Singleton and middle hitter Holly Schendel. “That will definitely be felt,” Chappuis said. “I’m grateful it’s only two and not more. But, yes, it’s key components.”

The Titans have a number of key players returning.

“I think next year if we can continue with the forward progress that we’ve made in the season as a whole, I think that we could have an even better season next year,” Chappuis said.