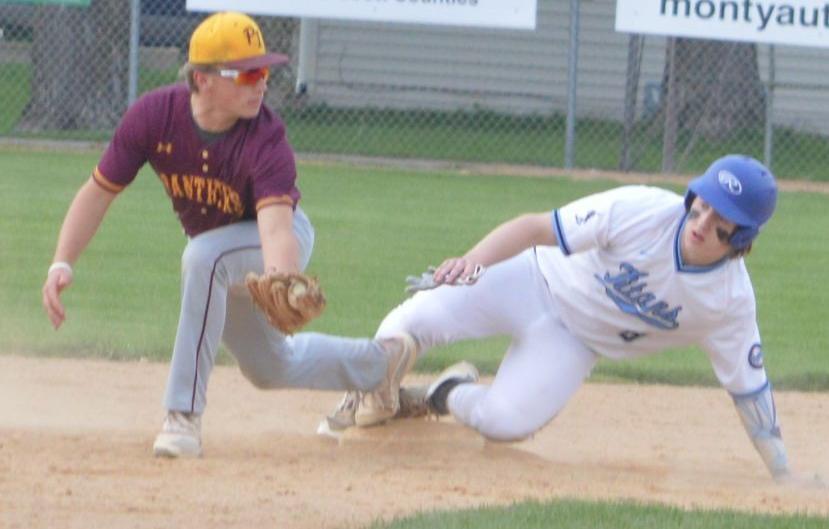 Brody Rud slides into second before Pine Island's second baseman can tag him out. (Carson Hughes/southernminn.com) 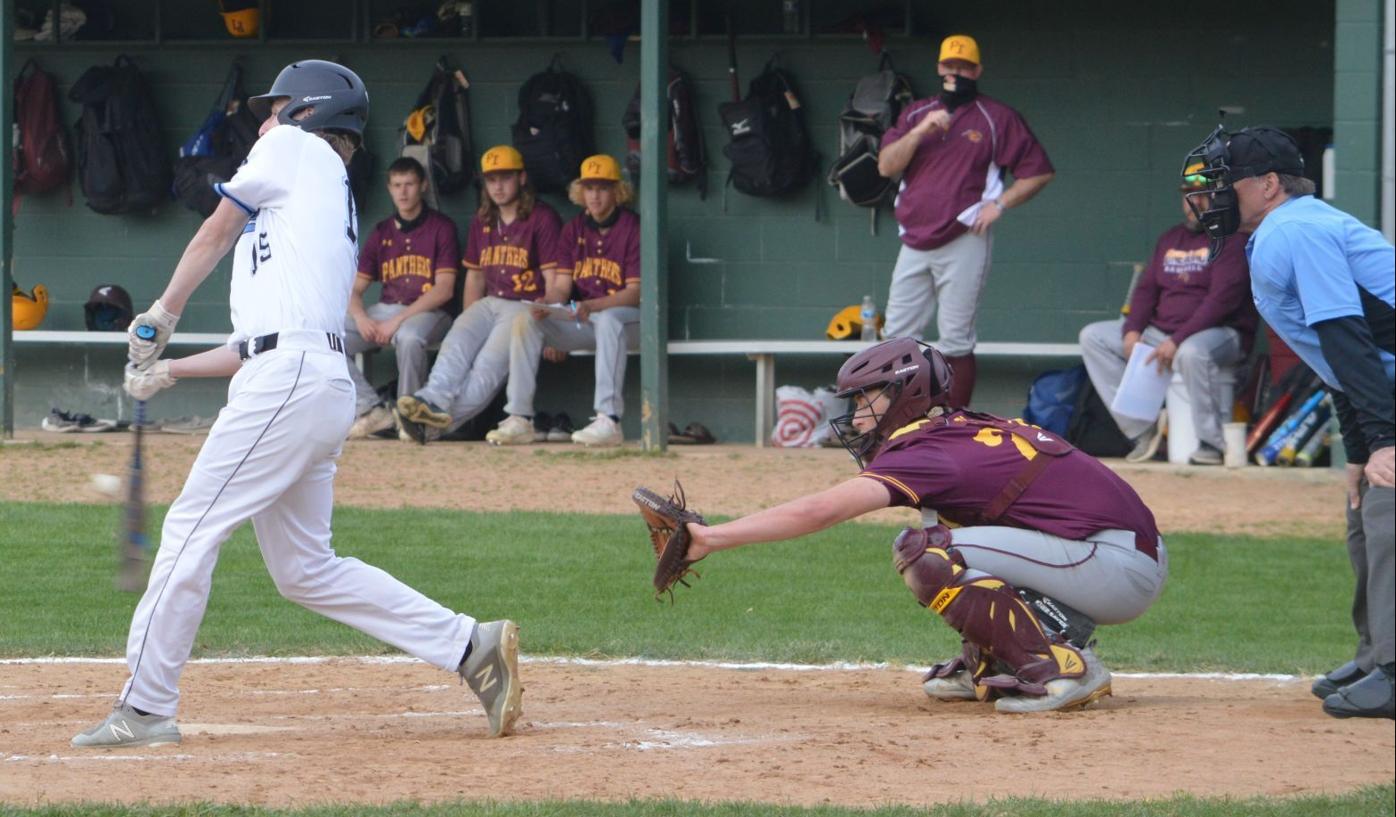 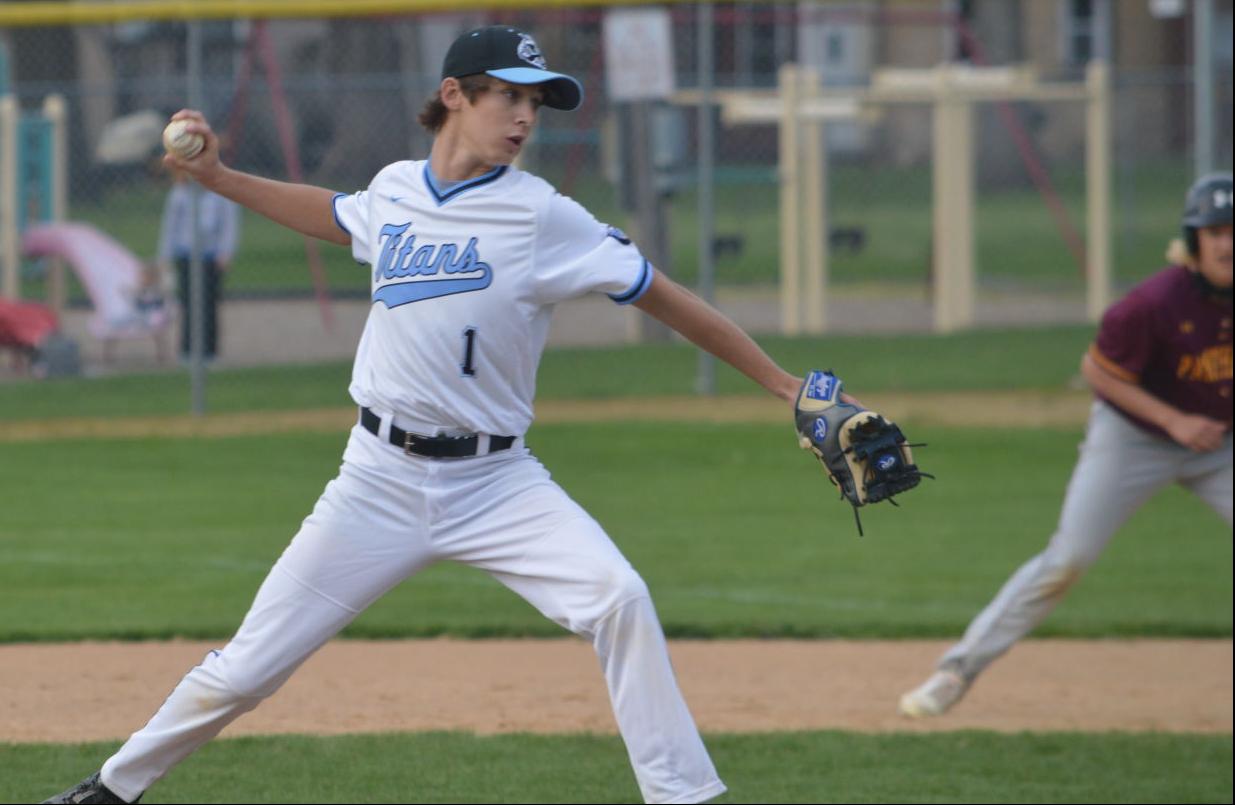 The Tri-City United baseball team turned around a double-digit loss into a near win on Friday. Facing Pine Island, the Titans found themselves in a 12-1 hole. But through perseverance, the Titans had a last-minute comeback, coming within just two runs of tying the game, but ultimately falling 13-11.

After shutting out Pine Island at the top of the first, the Titans took a 1-0 lead. Brody Rud reached first on a fielder’s choice and was knocked in by a double from Kayden Factor.

Both teams had a scoreless second inning, but Pine Island took the advantage at the top of the third. In three hits, Pine Island scored two runs to earn a narrow lead. The game remained close in the fourth inning as both teams failed to score, but the events turned sour for the Titans in the fifth.

Pine Island jumped ahead at the top of the fifth, scoring four more runs and following up by knocking out the Titans 1-2-3. The opposing team continued to runaway with the game and added six more runs to their score in the sixth, not leading by a 12-1 margin.

It appeared hopeless, but in the last stretch of the game, the Titans delivered their best innings all season. Rud led the bottom of the sixth with a walk, followed by Reece Weydert with a single and Max Krautkramer with a walk. Carter O’Malley was then hit by pitch, allowing Rud to advance to home. Jayson Macho walked, pushing Weydert to home and Brendan O’Keefe walked, advancing Krautkramer to home. Caden O’Malley was then hit by pitch, allowing Carter O’Malley to reach home. On walks and HBPs alone, the Titans loaded up the bases and produced four runs.

That set up Rud to earn the best hit of the night. Knocking a triple into right field, Rud sent Macho, O’Keefe and O’Malley into home giving the Titans seven runs. With a single by Weydert, Rud reached home to collect the Titans eight and final run of the inning.

With one inning left, the Titans were now down just 12-9. But before the Titans could take up the bat, Pine Island scored another run, meaning the Titans would have to collect four runs to tie up the game.

It was a big ask, but the Titans came close. Krautkramer led off the seventh and got on base after a hit by pitch. Readman followed with a walk. O’Keefe then hit the ball into the outfield and an error pushed Krautrkamer into home. Another error allowed Dylan Westerman to take second while Macho earned the second run and O’Keefe stopped at third. The bases were loaded, but the Titans luck ran out. Pine Island tagged out the Titans’ next batter on first, giving them just one more opportunity, Rud took up the plate and sent the ball in-between second and third. But before O’Keefe and Westerman could reach home, Pine Island’s third baseman caught it and shut the Titans’ advance down at 13-11.

“We dug kind of a hole, they got a lead on us, but we did not give up,” said Coach Bruce Davis. “A couple more inches at the last end of the game could have tied it, so you got to be happy with the effort, happy that we’re not giving up.”

Rud led the Titans in scoring with three runs, followed by Krautkramer and Macho who produced two each, and Caden O’Malley, Carter O’Malley, Weydert and O’Keefe who each contributed one. Rud led in RBIs with three.