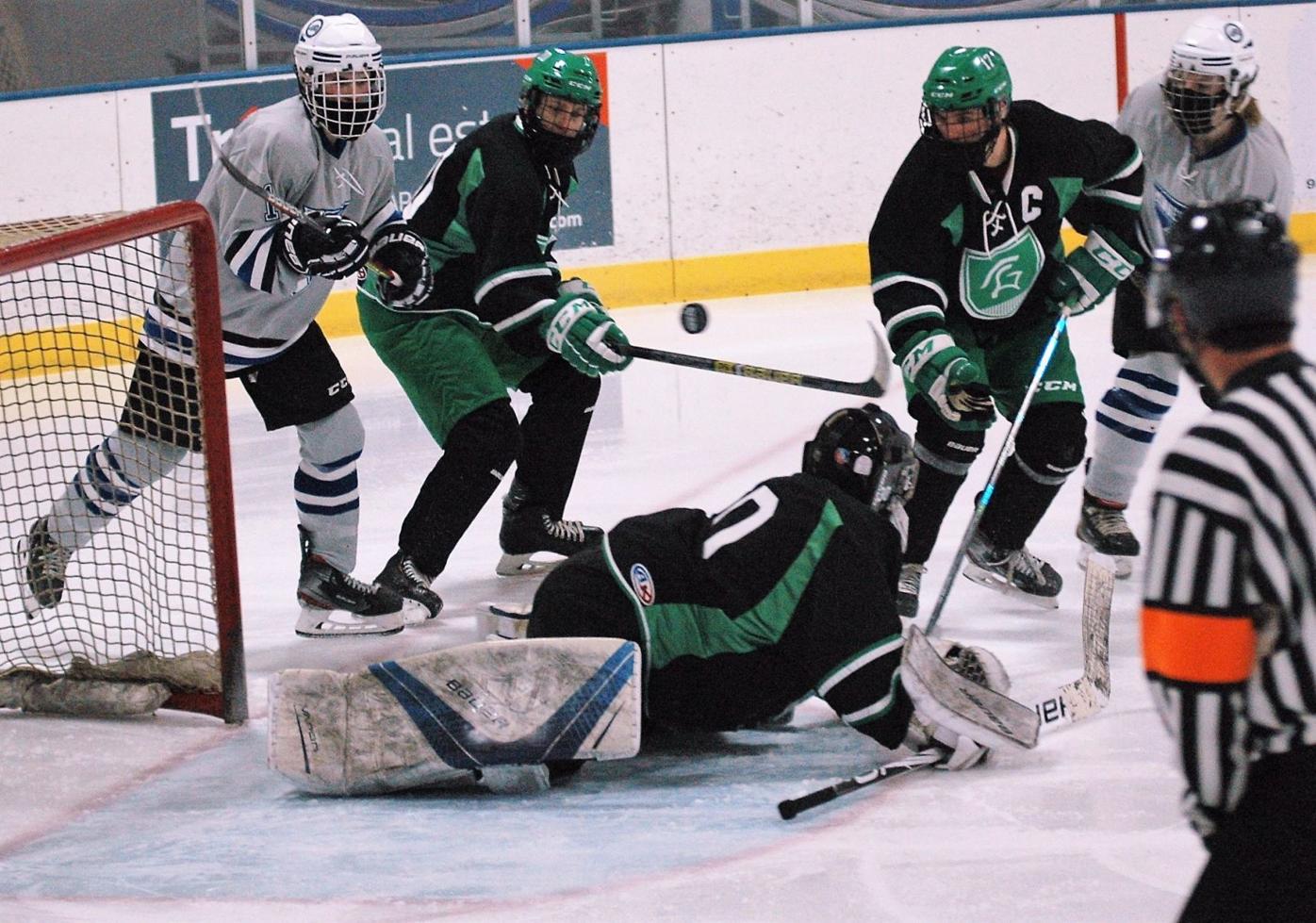 Senior center Logan Throldahl (right) scores the lone goal for the Bulldogs, on a rebound off a shot by right wing Tyler Erickson (left), against La Crescent/Hokah goalie Logan Yehle. 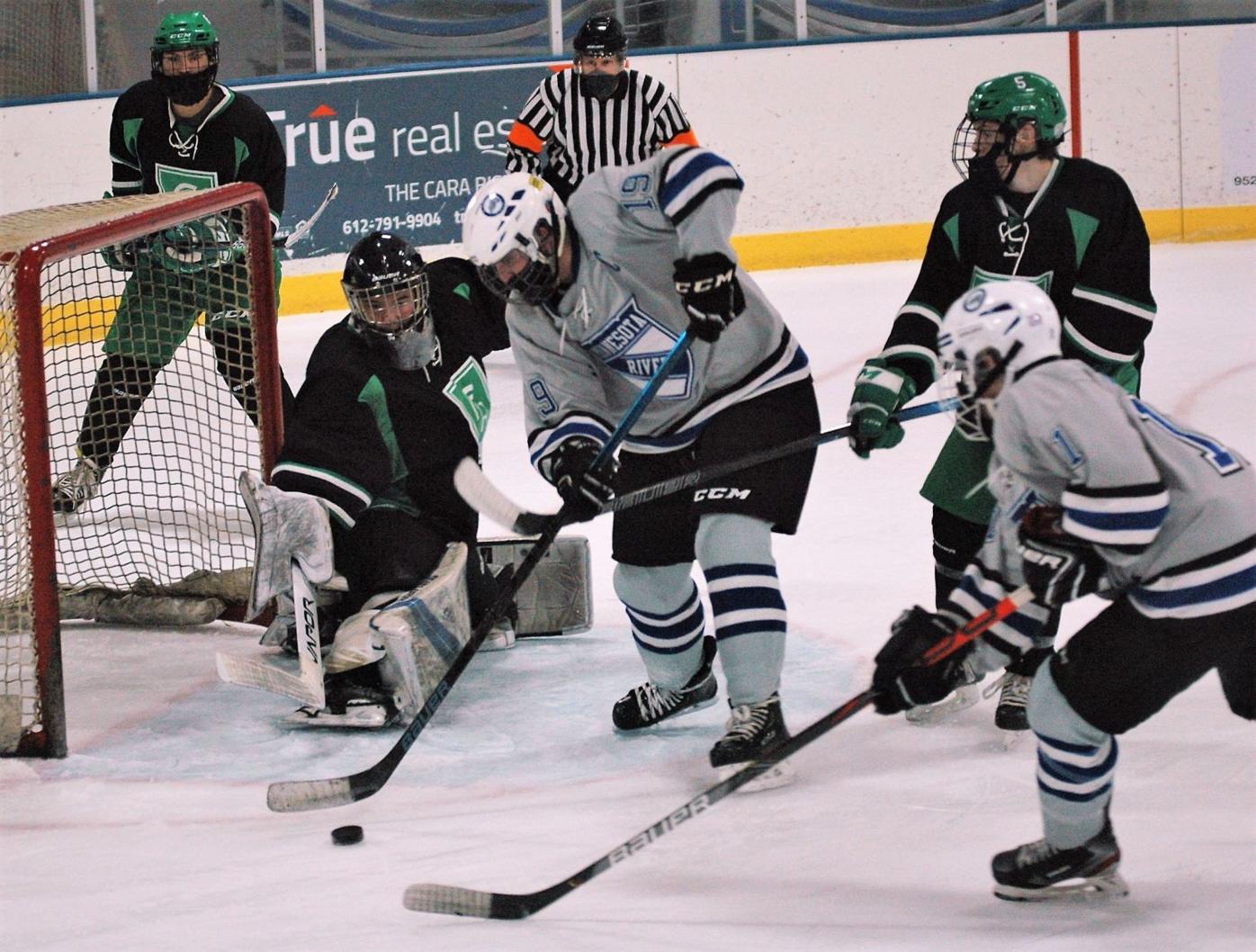 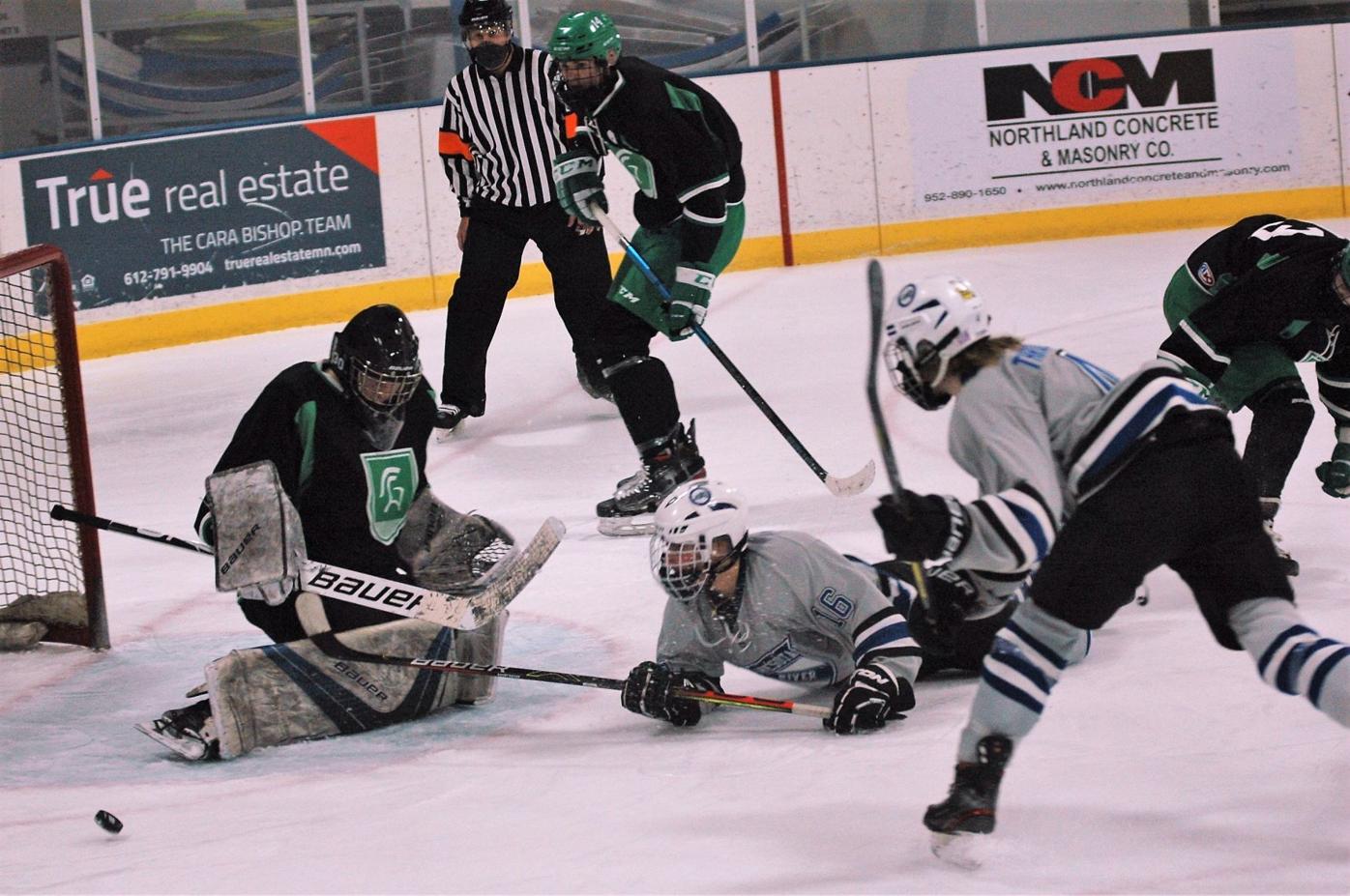 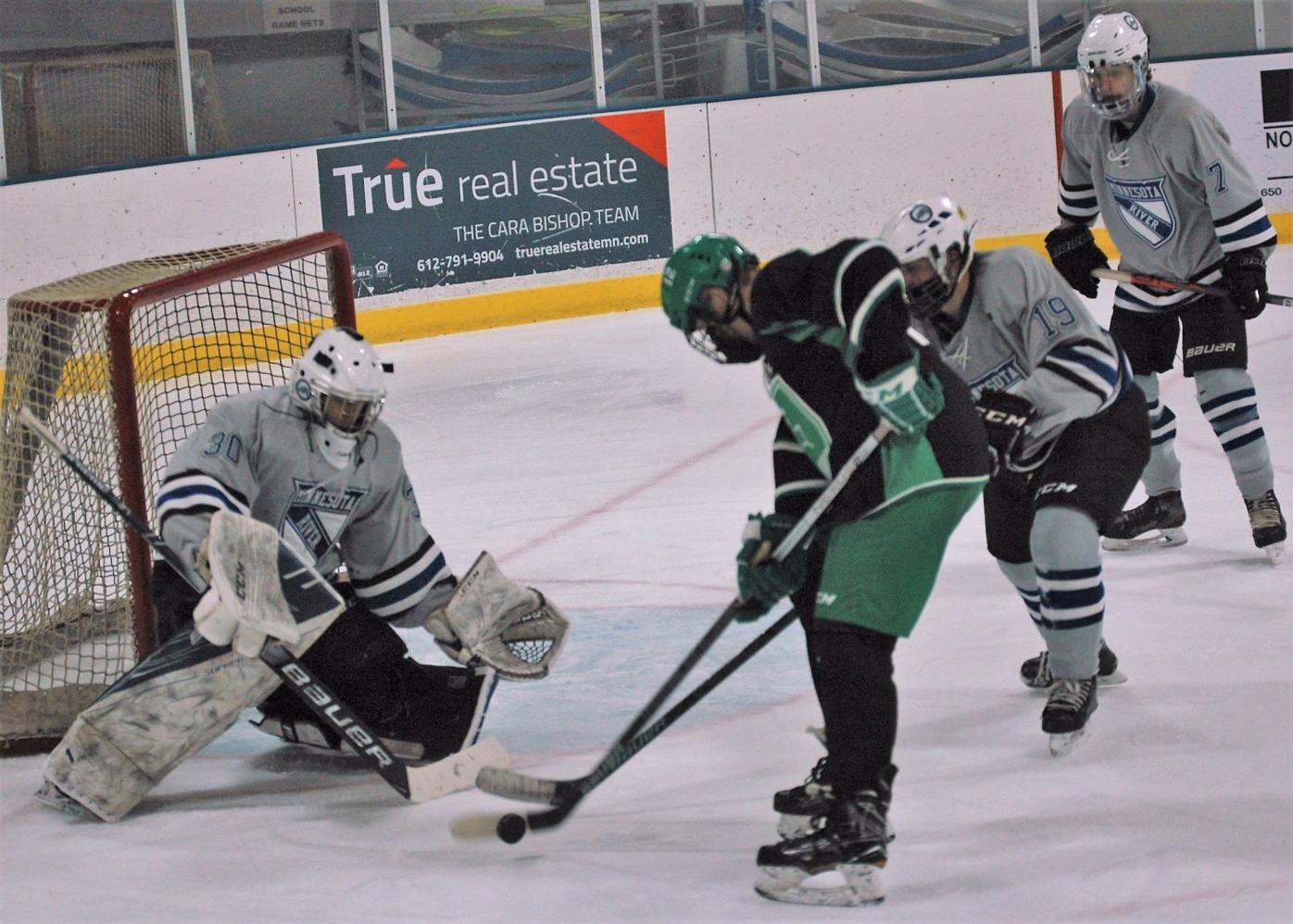 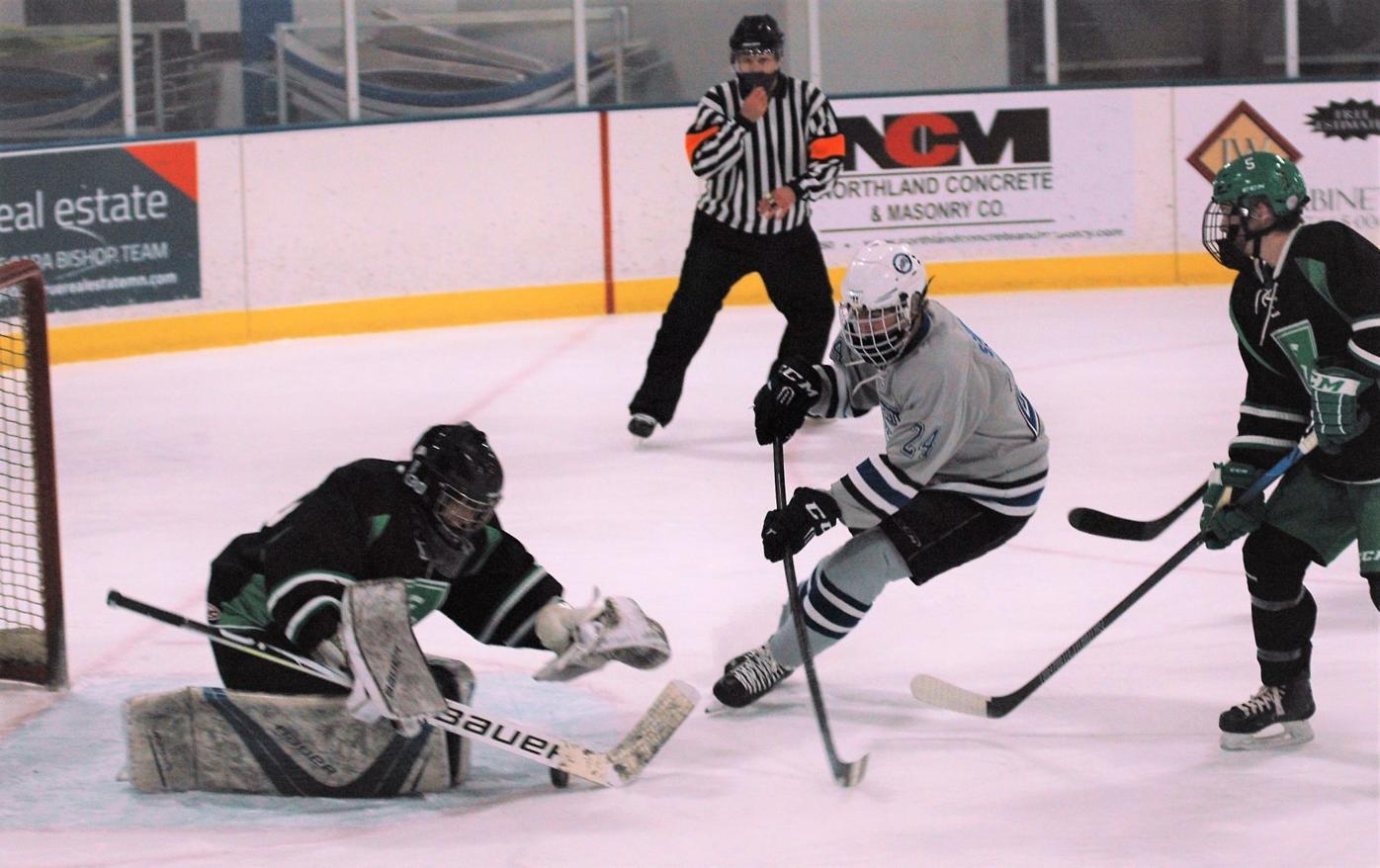 The No. 10 seeded La Crescent/Hokah Lancers upset the No. 7 seeded Bulldogs 3-1 in the first round of the Section 1A playoffs Tuesday night at Le Sueur Community Center.

But in the rematch, La Crescent took a 2-0 lead in the first period.

The Lancers upped their lead to 2-0 on a shorthanded goal at 7:45 by sophomore forward Cooper Carlson, assisted by freshman forward Wyatt Farrell.

After a scoreless second period, the Bulldogs cut the lead to 2-1 with an even-strength goal 1:53 into the third period on a scramble in front. Senior wing Tyler Erickson took the initial shot, and senior center Logan Throldahl put in the rebound.

The Bulldogs had a good opportunity to tie the score on a power play with 3:34 left to play, but they failed to score.

Minnesota River then took a penalty of their own with 1:13 remaining. With the Bulldogs trailing 2-1 and playing a man short, Farrell scored a power-play goal, assisted by senior defenseman Owen Davidson, into an open net with 4 seconds left to earn the 3-1 victory.

The top five seeded teams in the section had first-round byes and open play Thursday.