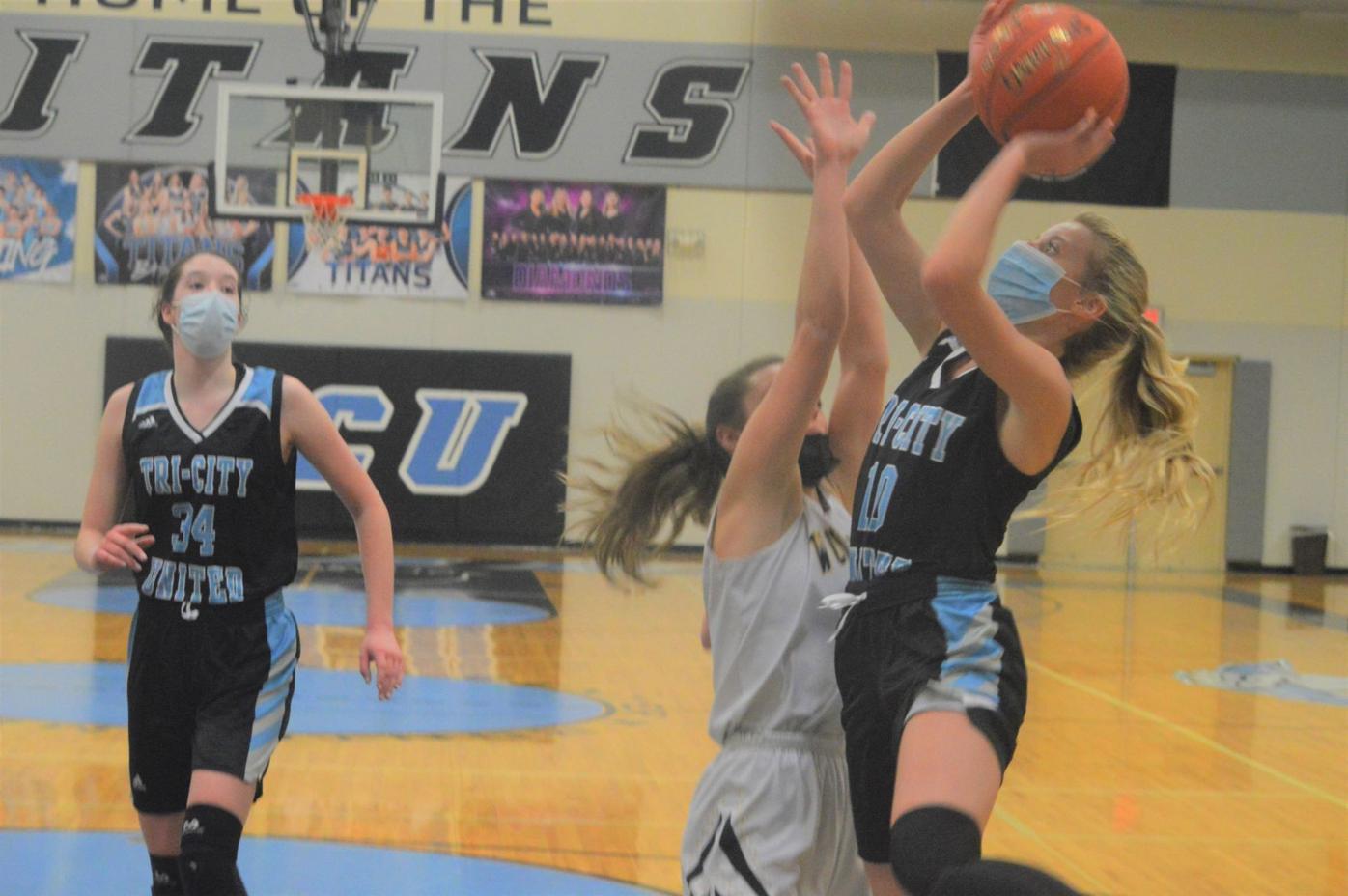 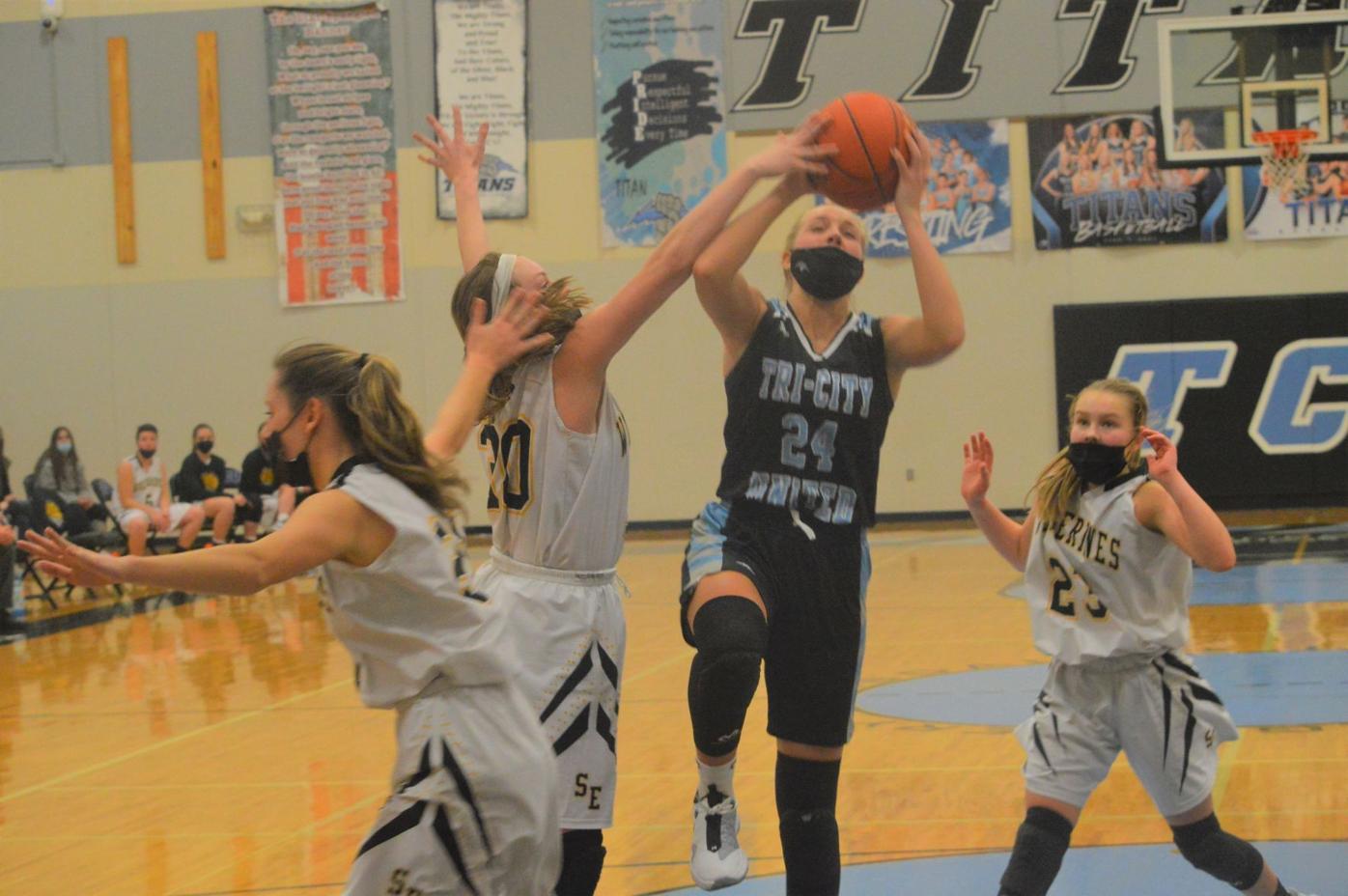 The Tri-City United girls basketball team flipped the script on Sibley East on Friday. After losing to the Wolverines earlier in the season, the Titans turned around and defeated the Wolverines on their home court 50-43.

“We did to them what they did to us,” said TCU Coach Don Marcussen. “They went up 14 to nothing at their place and then we went up 14-15 to nothing at our place. The girls really could play with these girls, it was just a matter of ‘We have a game plan. Let’s do it.’”

With an overall 2-9 record, the win was a well-needed victory for the Titans. Their winning strategy ultimately came down to an emphasis on strong defense supporting a weaker offense. The Titans fought for every turnover and rebound, blocking the Wolverines from scoring while taking shots. The Wolves were walled off for the full first quarter as the Titans put 14 points on the board.

When the Wolverines finally got their first points, they presented a more formidable challenge. Sibley East ran even with the Titans in the second quarter, collecting 14 points. But even as the pressure ramped up, the Titans added to their score and ended the first half 27-14.

But when the teams returned from the second half, the Titans' lead almost evaporated. Sibley East gave the Titans trouble as TCU continued to miss shots. And as TCU struggled to score, the Wolves found a way to work around the Titans’ defense: 3-point field goals. Sibley East’s 3-point shot attempts were surprisingly accurate, forcing the Titans to become more aggressive on offense as well.

“We just had bad angles and bad decisions," said Marcussen. “They weren't doing anything fantastic. We were just trying to force things that weren’t there.”

TCU rose to the challenge. Their lead had fallen within 3-5 points, but by the third quarter, the Titans received their second wind and built up their buffer. At the end of the second, the Titans gave up six points to the Wolverines, but ended up with a 50-43 victory.

The Titans’ top points-getter was Kaia Krocak with 16 points. Krocak was more aggressive in taking possession of the ball, giving her an angle to score. Sam Lang was another major points-earner, putting in 14 for the Titans.

“We've been working with all the players the last couple days being more aggressive when taking the ball back and tonight Krocak threw it in the hoop,” said Marcussen.

Jess Dull continued to be one of the Titans' essential defensive players, using her size to obfuscate her opponents shots. Dull also contributed six points to the Titans’ score.

“Jessica Dull up on top of that 1-2-2 with those long arms of hers,” said Marcussen.” She creates a lot of matchup problems when she’s up there.”