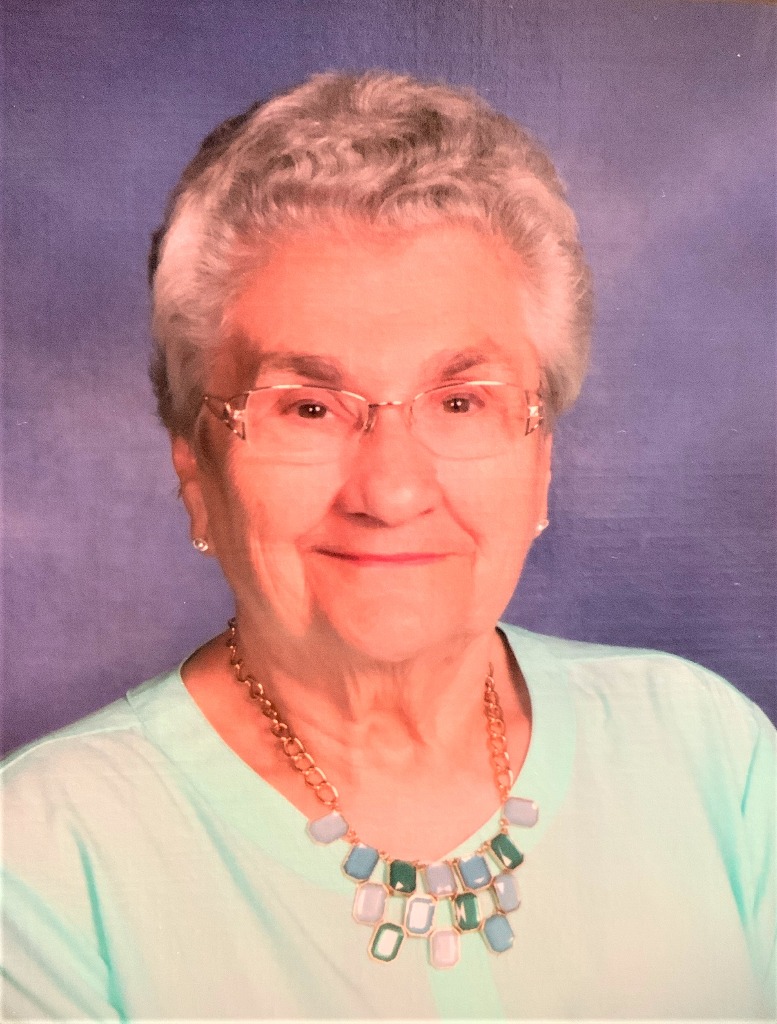 Marion L. Skluzacek 1935–2020 Lonsdale—Marion L. Skluzacek, age 84, of Lonsdale, MN passed away peacefully on January 10, 2020 surrounded by family after a year long journey with cancer. Marion was a woman of strong faith and lived her life to the fullest. Marion was born to Frank and Mary (Schoenbauer) Tupy on November 8, 1935 at her home in Hazelwood. She attended Most Holy Trinity School in Veseli. She met her husband Norbert and worked at Queen of Peace Hospital while waiting for him to return from his service in the Army. They were united in marriage on August 30, 1955 at Most Holy Trinity Catholic Church in Veseli. They farmed together for thirty-two years on a dairy farm north of Lonsdale and raised their three children there together. Later, following their retirement from the farm, they built their retirement home in Lonsdale. She then worked part-time for seventeen years at Molly's Mini Mart (Jessy Food Mart) in Lonsdale; she enjoyed this position meeting many people in and around the Lonsdale area. Marion treasured her Catholic faith, family, friends, her Czech traditions and culture. Her favorite trip was exploring Europe, especially the roots of her Czech heritage in the Czech Republic. She had the gift of making people feel welcomed and loved. She valued spending time with family and others through singing and dancing, playing cards, visits in their homes and in nursing homes when they were sick, and by attending many local community activities and those of her grandchildren and great-grandchildren. She was an active member of the Immaculate Conception Catholic Church, Council of Catholic Women, Immaculate Conception Choir, Fatima Prayer Group, American Legion Auxiliary, FCSLA, and past member of the St. Ludmilla Society and the Home School Association for LNMV (Holy Cross). Marion is survived by her children Geralyn Sticha and Rick Burns of Veseli, Greg and Deanna Skluzacek of Lonsdale and Jim and Cheryl Marek of Northfield. Her ten grandchildren, Jaclyn (David) Oster, Jenny Sticha (Eric Simon), Jamie (Dan) Heyda, Justin Skluzacek, Jessica (Jon) Nelson, Jillene (Austin) Norton, Jacob Skluzacek and Brandon, Nathan and Benjamin Marek, and ten great-grandchildren. She is preceded in death by her loving husband of 59 years, Norbert, her parents, Frank and Mary Tupy and in-laws, John and Cecelia Skluzacek. Also preceding her in death are her brothers, Myles and Ron Tupy, sister-in-law, Mary Tupy, brothers-in-law, Bohumil Sticha, Rudy Hauer, Adrian Skluzacek and three nephews and nieces. Her surviving siblings include Fritz (Karen) Tupy, Clarence (Joanie) Tupy, Gene (Dorothy) Tupy and Ken (Sally) Tupy all of New Prague. Her in-laws include Jeanette Sticha of Lonsdale, Loretta Hauer of Apple Valley, Bernie (Bob) Bissonette of Mapleton, Eleanor Skluzacek of Lonsdale, Valeria (Bob) McHale of Woodstock, VA, Sister Marilyn Skluzacek, OP of Sinsinawa, WI and John (Jane) Skluzacek of Lonsdale. She is also survived by 55 nieces and nephews and many other relatives and friends that were dear to her heart. Mass of Christian Burial will be held on Monday, January 20th at 10 AM at Immaculate Conception Catholic Church in Lonsdale. Visitation will be held on Sunday, January 19th from 1-5 PM at White's Funeral Home in Lonsdale. Interment will be at Calvary Cemetery in Lonsdale with lunch following at the American Legion in Lonsdale. -Arrangements by White Funeral Home, www.whitefuneralhomes.com

To plant a tree in memory of Marion Skluzacek as a living tribute, please visit Tribute Store.
Load comments