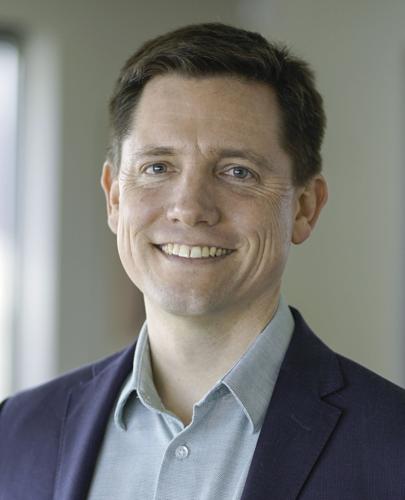 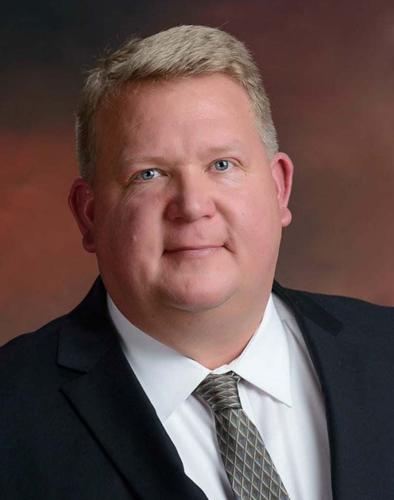 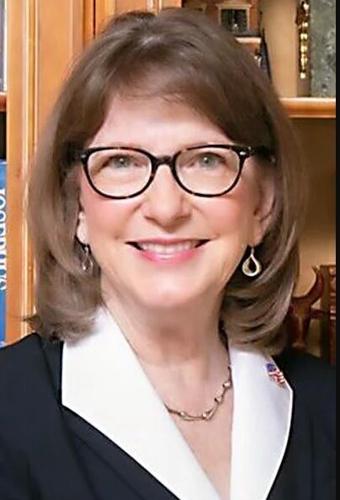 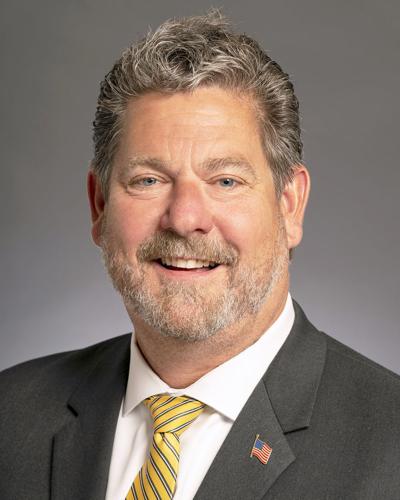 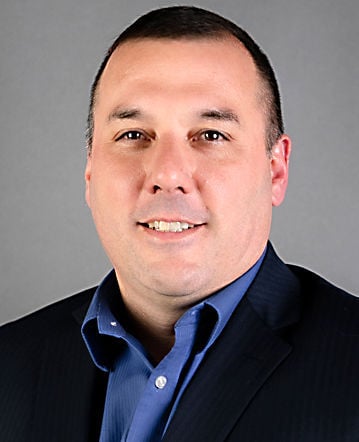 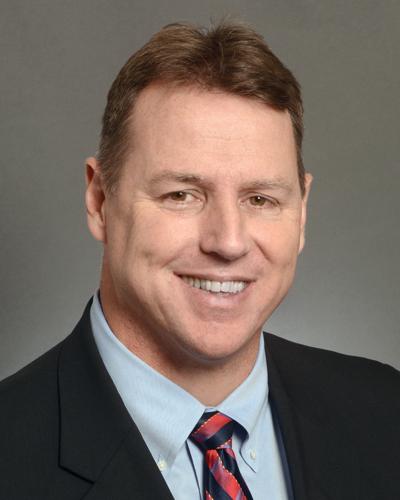 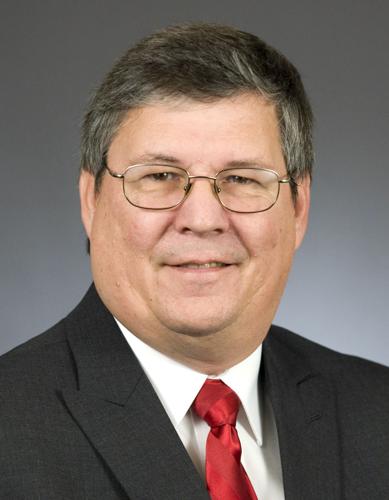 Six weeks after blowing past a deadline to stop higher tax bills from going out to Minnesota businesses, the Legislature finally reached the bipartisan compromise needed to retroactively fix the problem — but further deals seem as out of reach as ever.

Delayed as it was, the compromise represents the most high profile breakthrough to date of what has otherwise been a legislative session marked by minimal results and maximal bickering between the DFL-run House and Republican-led Senate.

Included in the bill was $2.7 billion that Department of Employment and Economic Development Commissioner Steve Grove said was needed to meet the state’s financial obligations to the federal government without steep, automatic tax increases on Minnesota businesses.

Prior to COVID-19’s onslaught, the state’s Unemployment Insurance trust fund was $1.5 billion in the black. However, the swift and drastic impacts of the pandemic in its early days left many temporarily out of a job, so much that the state soon found the fund $1.2 billion in the red.

Gov. Tim Walz made full replenishment of the fund a centerpiece of his budget proposal, and the Senate passed a bill in February. Given that the bill passed with overwhelming bipartisan support, hopes were high that the issue would quickly be solved.

House DFLers were more hesitant, floating plans for a partial repayment of the fund. They were most determined that any move to refund the trust fund should be paired with robust “hero pay” checks for workers on the frontlines of the pandemic.

While the House and Senate agreed last year in principle on $250 million in hero pay checks, DFL leaders came out in strong support of a much more robust package with a price tag north of $1 billion, offering larger payments to more workers.

Legislators met in the middle, settling on a hero pay package of $500 million coupled with the trust fund reimbursement. An additional $190 million was included in the bill for the state’s ongoing COVID-response programs and expenses.

With a surplus of over $9 billion, legislators have the luxury of being able to fund both priorities. Even though neither side was able to get everything they wanted, Republicans and DFLers both sought to portray it as an important, if imperfect, deal.

As the DFL succeeded in getting the larger list of eligible recipients it preferred, the checks could be as small as $750. Yet, while Rep. Todd Lippert, DFL-Northfield, said that his caucus hadn’t managed to get everything it wanted, he argued it represents “a real win for workers.”

“This is twice as much money as what we started at at the end of last session,” said Lippert. “We were able to support a check to a broad pool of workers, and that is what workers who’ve held us together through the pandemic deserve.”

For local Republican legislators who have so strenuously pushed for the UI fix, the reaction was more one of relief than of jubilation. Sen. Rich Draheim, R-Madison Lake, pointed out that the state’s inaction on the issue cost Minnesota about $50,000 per day, for a total of $3.7 million.

Because the state failed to meet its initial deadline, businesses already weary of inflation faced more sticker shock when they opened their tax bills. With the first round of increased taxes due April 30, many businesses have received or will need to seek a refund.

Rep. Susan Akland, R-St. Peter, said that the refunds will provide much needed help for Minnesota businesses — and consumers. Without them, she feared that many businesses would have no choice but to push prices even further.

“That was a win for everybody,” she said, “Not only does it prevent our businesses from seeing that large tax hike, it helps the consumer, because without that tax hike, businesses don't have to raise prices.”

Now, with just two weeks left before the Legislature is set to wrap up on May 23, legislators are hoping that the breakthrough around the UI trust fund and hero pay could portend further bipartisan agreements in areas where they have begun to find some common ground.

One initial breakthrough did take place last week, with the passage of a $65 million veterans and military affairs omnibus bill. With nearly unanimous support from both sides of the aisle, that bill continued to be one of the few areas of broad consensus.

As per tradition, the state enacted an operating budget for the biennium last year, enabling this year’s session to be shorter and more focused on policy changes, as well as a potential bonding bill, which could bring significant investments in infrastructure.

Progress on the bonding bill has been slow thus far, but Sen. John Jasinski isn’t overly concerned. The Faribault Republican, the only local member of the Senate’s Capital Investment Committee, said that the bonding year is almost always the last bill to come together.

Jasinski said he would expect to see a final compromise bonding bill come in at about $1.4 billion to $1.8 billion. He hopes that the bill will include funding for the new Rice County Jail and Law Enforcement Center, along with several local wastewater and water infrastructure projects.

Even when it comes to a bonding bill, Jasinski said that differing priorities could make negotiations challenging. In other areas, negotiations will be even more challenging, as the House and Senate try to find compromises between omnibus bills with massive differences.

While legislators have over $9 billion to utilize for new programs or tax reductions, they could choose to leave some or all of that money on the table. Unlike in a budget year, they don’t have to meet a deadline to keep the state’s government operational.

Still, the Senate, House and Gov. Walz have areas of significant agreement. For one, all three budget proposals include significant tax reductions, but there is little agreement on what format those cuts should take.

House DFLers have called for targeted tax credits; Senate Republicans for across the board tax cuts; and Walz for tax refunds. Despite the significant differences, Lippert said he believes it may be possible to find common ground on the issue.

However, the Northfield DFLer was critical of the Senate Republicans' tax cuts, arguing that they would just “deepen the needs” faced by Minnesotans. Akland was similarly critical of House DFLers, arguing their tax plan is focused more on low-income Minnesotans, who currently pay no income tax, than it is on the middle class.

Rep. Brian Pfarr, R-Le Sueur, noted that one area of common ground may be in the area of Social Security taxes. While the DFL hasn’t embraced the Republican push to exempt all Social Security benefits from state taxation, the House DFL tax bill did include an increased threshold that House Tax Committee Chair Paul Marquart said would benefit about a quarter of a million seniors.

Nonetheless, a modest amount of common ground does exist between the two parties, including support for law enforcement recruitment and retention and police body cams. Sen. Nick Frentz, DFL-North Mankato, has advocated for investment in law enforcement and is hopeful an agreement can be reached in that area.

DFLers have also made education a priority, calling for about $3 billion in additional education funding over the next three years. They say the funding is needed as local districts, including Faribault and Northfield, face significant budget cuts driven in part by the underfunding of special education mandates.

Jasinski and Draheim noted that record investments in K-12 education were already made in last year’s budget and cautioned against making even more large commitments to K-12 funding that could be ongoing.

Instead, Senate Republicans have proposed only a much smaller investment of about $30 million, focused on literacy programs. They’ve also pushed for a “Parental Bill of Rights,” something which the House majority has shown little interest in.

Rep. John Petersburg, R-Waseca, who serves as the lead Republican on the House Transportation Committee, said he has some hope that a deal could be reached on a bipartisan transportation bill, including a provision to bring additional funding to townships and small towns throughout the region.

However, Petersburg said that the Legislature’s overreliance on grouping together omnibus bills, along with the extremely divergent views of the House DFL and Senate Republicans and the limited focus on bipartisan negotiations, has left any effort to cut final deals an uphill battle.

“This year, the two sides are going in completely different directions, and very little work has been put into trying to compromise before putting the bills together,” he said. “So I think it will be difficult to put a final bill together.”

Andrew Deziel is a freelance writer. Reach the editor at editor@apgsomn.com.