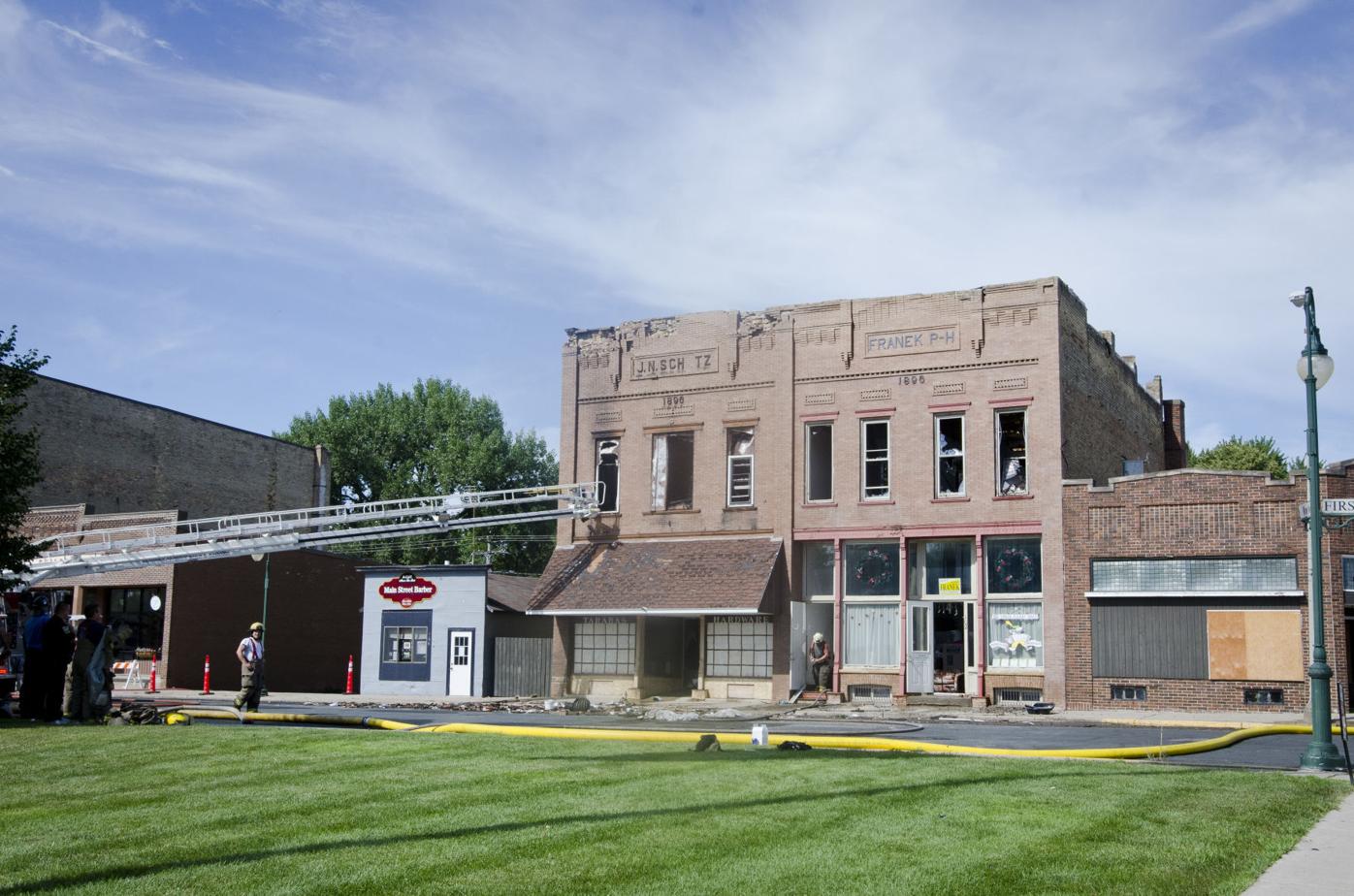 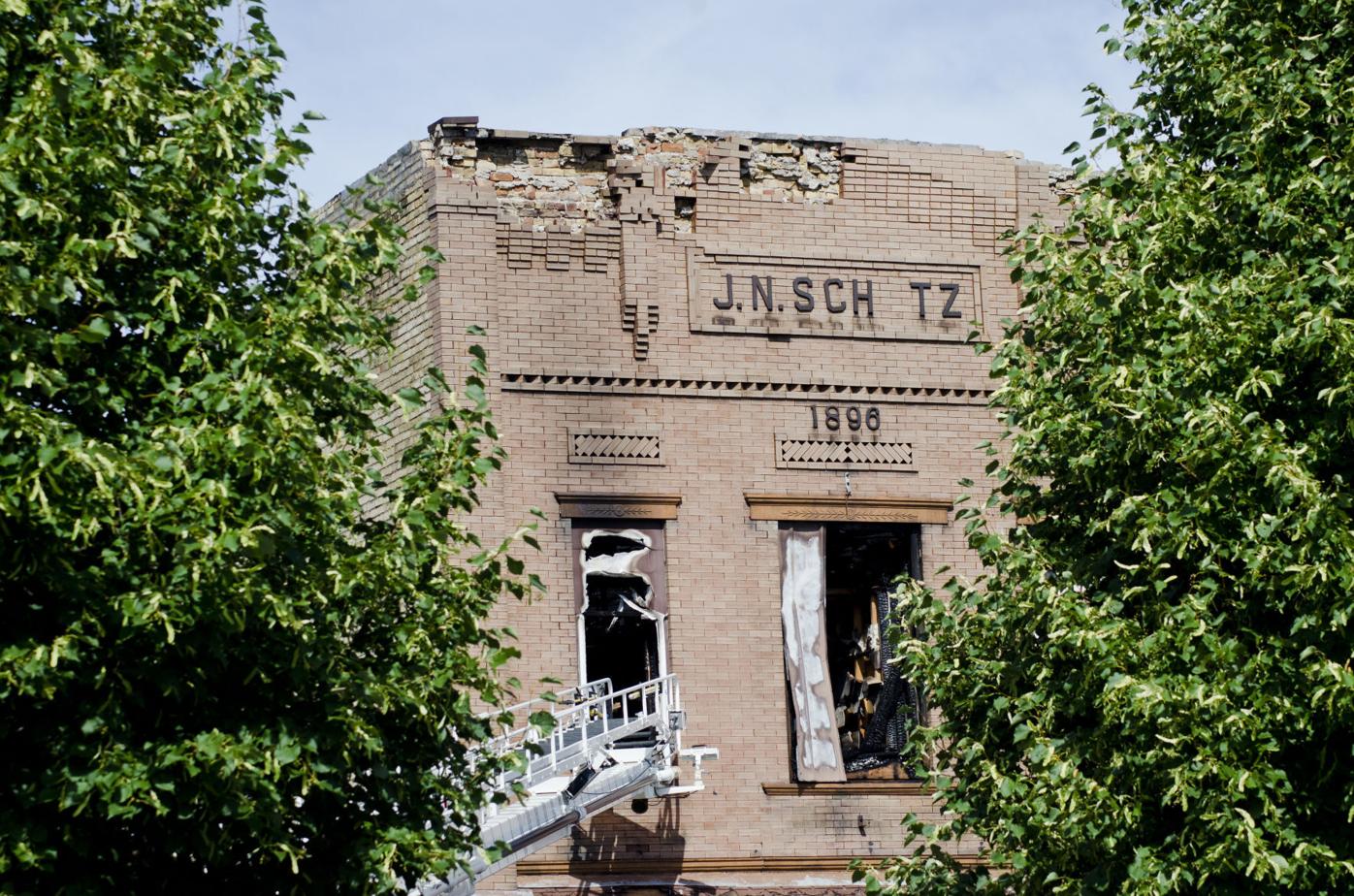 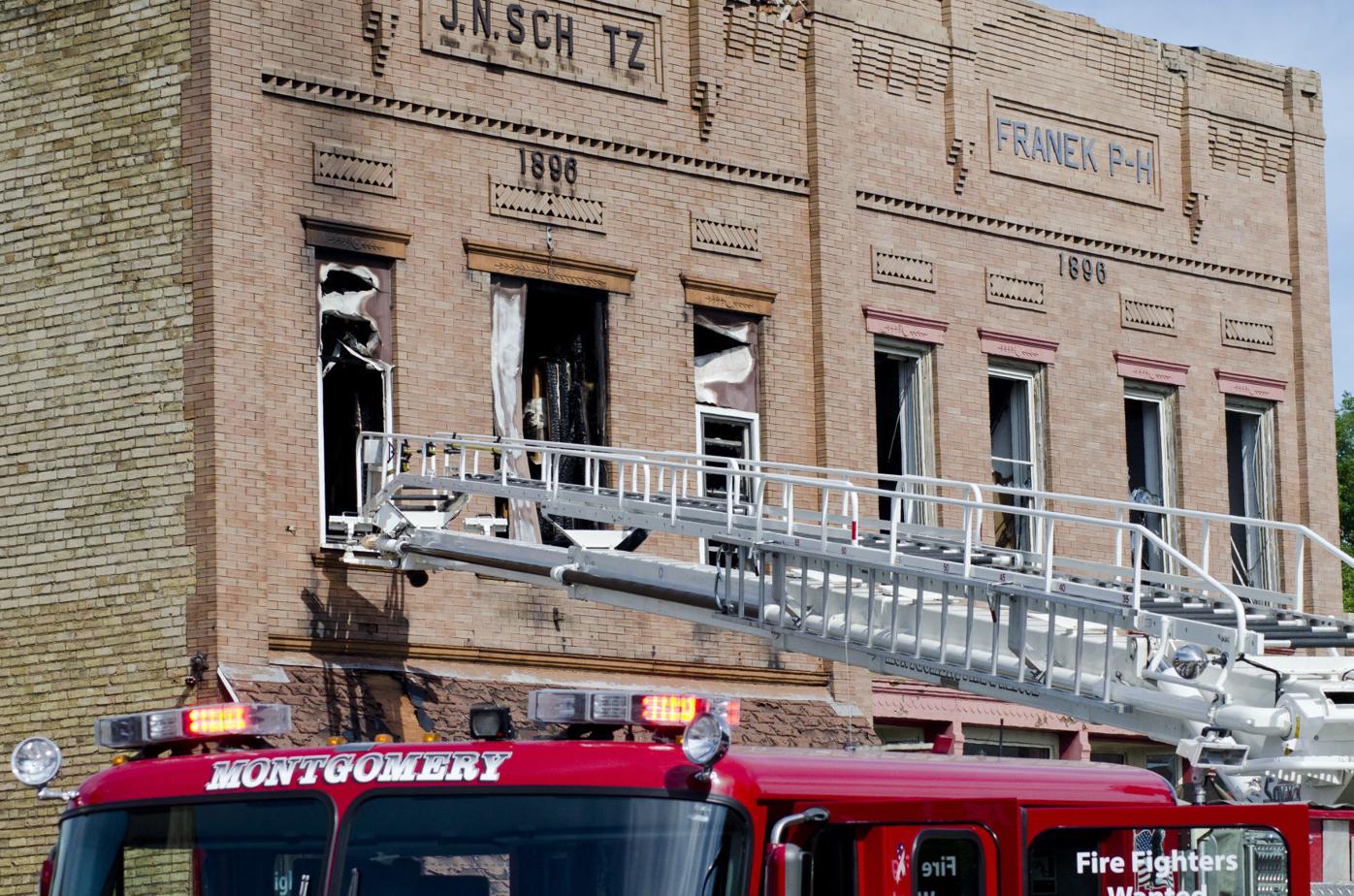 The fire began in the upstairs of the old Tarabas Hardware building and traveled to the building to its north, Franek Plumbing & Heating. (Michelle Vlasak/Faribault Daily News) 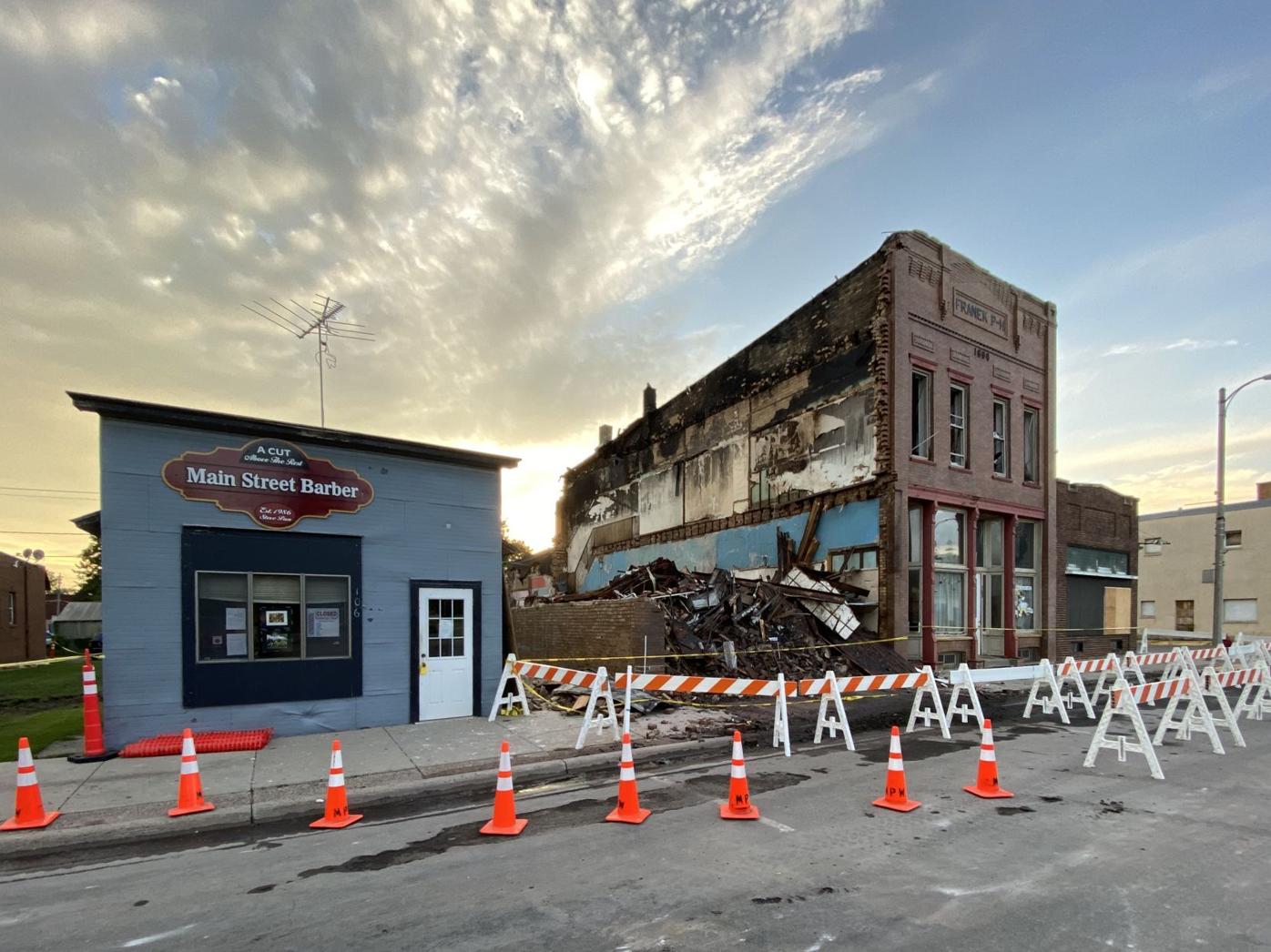 Less than 24 hours after a fire destroyed a 124-year-old downtown Montgomery building, the city began the process of taking it down. (Suzanne Rook/Faribault Daily News)

The fire began in the upstairs of the old Tarabas Hardware building and traveled to the building to its north, Franek Plumbing & Heating. (Michelle Vlasak/Faribault Daily News)

Less than 24 hours after a fire destroyed a 124-year-old downtown Montgomery building, the city began the process of taking it down. (Suzanne Rook/Faribault Daily News)

Firefighters from three departments — Montgomery, Le Center, Lonsdale and New Prague — helped doused flames at 104 First St. The brick building, and one to its north that housed Franek Plumbing and Heating, were built in 1896.

The fire was extensive and destroyed the roof of the building, owned by Robert and Bonita Taraba. The fire also traveled to the Franek building, a third building was hit with water damage and another was damaged by smoke.

Montgomery City Administrator Brian Heck said that the Taraba’s building wasn’t safe for area investigators and that the cause of the fire is still unknown. So far, only the fire marshal has entered the building, but cleared the scene by early afternoon.

“All we know is it started upstairs and flames traveled to the next building over,” added Heck.

The building was declared a structural and fire hazard at a June 15 Montgomery City Council meeting. City Building Official Corey Block said that the building had been abandoned for more than a year and was in decrepit condition prior to when the fire broke out.

“It was falling apart,” said Block. “Bricks were falling off the building. The roof had holes in it.”

According to city documents, Block inspected the building in March 2019 and followed up that July. At the time, no corrective measures had been taken. In addition to problems with the roofs, Block then noted that the two-story structure’s chimney were dilapidated, and bricks were falling off of the south chimney to the ground below.

“Loose bricks on the front parapet will drop directly onto the sidewalk or bounce off the awning into the street. The potential for this is high and could be deadly,” Block wrote in a July 26, 2019 memo. “This building poses imminent danger to the neighboring properties and to the general public on the street and sidewalk. This building is a public health and safety hazard.”

Block also noted that the building could become infested with rodents and with mold.

Heck said that Taraba had been given notice that the building had been declared hazardous and was given until July 8 to respond to the city’s notification. However, Heck said that no response came. From that point on, Taraba had until mid-August to tear down the building. If nothing was done by that date, the city would have sought a judicial order to remove it.

Since the building had already been designated a public safety hazard, the city went ahead and brought down the structure Wednesday afternoon, Heck said, using contractors Braithe Excavating and Zelle Excavating. The neighboring building, which suffered extensive damage, will not be immediately be brought down, as the owners will work with their insurance providers to decide a course forward.