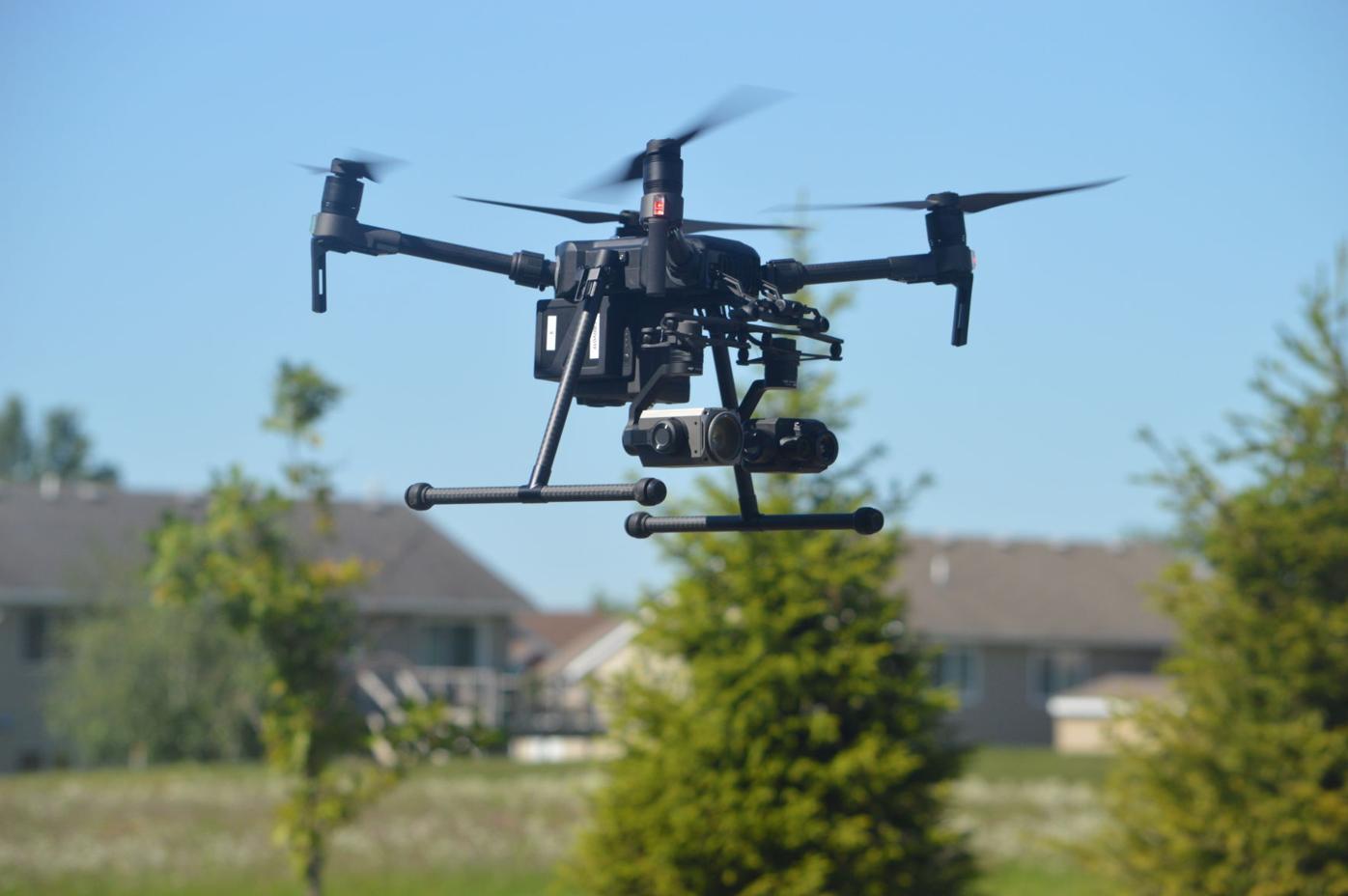 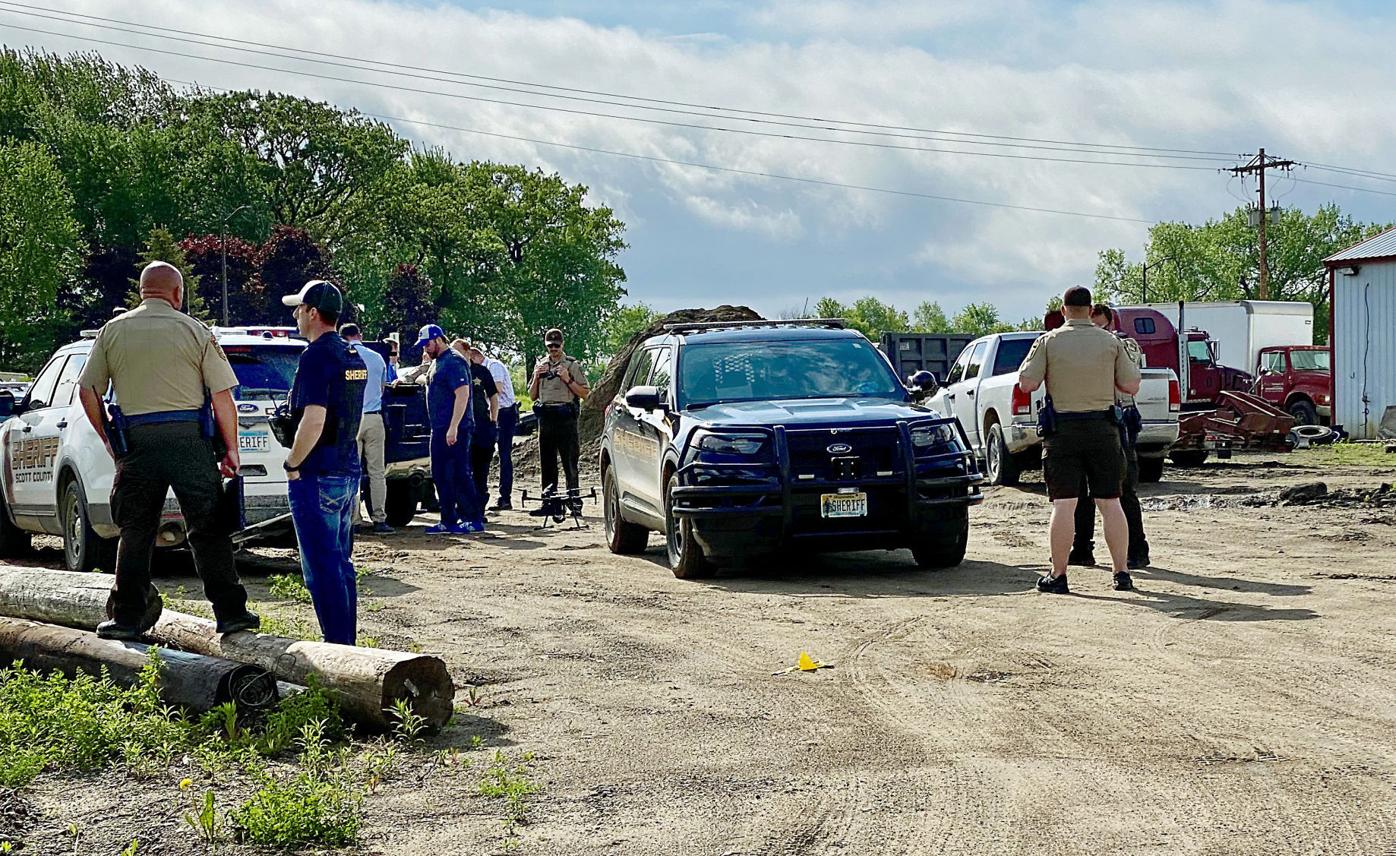 Earlier this year, Deputies with the Rice County Sheriff’s Office assisted in the search in late May for a man wanted in connection to an aggravated assault in Mahtomedi, Minnesota. The search lasted half an hour and the suspect was arrested without incident, thanks in part to the use of drones. (Daily News file photo)

Earlier this year, Deputies with the Rice County Sheriff’s Office assisted in the search in late May for a man wanted in connection to an aggravated assault in Mahtomedi, Minnesota. The search lasted half an hour and the suspect was arrested without incident, thanks in part to the use of drones. (Daily News file photo)

Thanks to a partnership between the Rice County and Le Sueur County Sheriff’s offices, a new drone program could use cutting-edge technology to enhance public safety for years into the future.

In January 2020, the Le Sueur County Sheriff’s Office announced that the department had joined together with Rice County to purchase a drone to aid with police work. Even as COVID brought so much to a halt, the drone program proceeded.

While the Le Sueur County Sheriff’s Department hasn’t yet flown its drone in a “eal life situation, Rice County has already done so. It’s not the first drone dispatched by a Rice County public safety agency — Northfield’s Fire Department has had a drone of their own.

Last summer, Northfield Fire and Rescue used a drone for the first time in an emergency situation. Prior to that, it had been used to track down criminal suspects. Fire Chief Gerry Franek said that the department has no particular guidelines on its use.

With drone technology seeing more and more use by police departments across the country, some civil liberties advocates are increasingly concerned that the devices could be used to erode the privacy rights of law-abiding citizens.

Under the Fourth Amendment to the Constitution, “unreasonable searches and seizures” are prohibited. Earlier this year, Minnesota’s legislature passed a first in its nation reform to limit the use of drones and safeguard that central constitutional right. The list of exceptions to the law is long and broad. They include usage during, or in the aftermath of a public emergency, for officer training or public relations purposes, or to collect information over a public area if a reasonable suspicion of criminal activity exists.

Still, the bill enjoyed support from police groups, civil liberties advocates and nearly all legislators. The American Civil Liberties of Minnesota said that while it allows for drone use in more cases than they would have liked, it boosts transparency.

Even with today’s technology, there’s certainly no shortage of ways the instruments can be used. The DJI Matrice 210 model drone purchased by the department is particularly cutting edge, and specifically designed with a number of public safety tasks in mind.

“It’s another great tool to have,” said Rice County Sheriff Troy Dunn. “It’s certainly cheaper than calling a helicopter or plane down from a neighboring jurisdiction or the state.”

The drone comes equipped with a daytime camera and a thermal-imaging camera which can view the ground from 400 feet in the air. Officers can pilot the drone from a maximum distance of 5 miles away with a remote control that can display the drone’s video feed.

With a battery, the drone can remain in the air for nearly 40 minutes. The sheriff’s offices have multiple batteries on hand for longer missions and a 200-foot tether which can power the drone indefinitely.

While in the sky, the drone has a full range of movement — it’s able to ascend, descend, move in all directions and rotate. Able to ascend at a max speed of 16 feet per second, the drone can be deployed quickly.

The drone can be flown at a maximum distance of 400 feet above the ground and 400 feet above any structure. While the drone is capable of flying higher, it must remain in that airspace so that it does not obstruct the flight paths of birds and helicopters.

Funds for the drone came from money and assets seized by the Le Sueur/Rice County Drug Task Force. Dunn said that thermal imaging and high-tech zooming capabilities, the drone makes it easy to find a suspect even if they’re hidden or it’s dark outside.

The thermal-imaging camera capability is also highly useful for fighting fires. By flying the drone over a fire, firefighters can get an overview of the area and see which places have the hottest temperatures.

Earlier this spring, the drones proved their use in multiple criminal cases, helping to track down suspects accused of ATV theft, domestic assault and a shooting at Faribault’s Days Inn. Dunn said that the flexible device is proving its worth in many ways.

“The drones give us a different vantage point,” he noted. “That allows us to be able to do things we couldn’t normally do.”

Reporter Andrew Deziel contributed to this story. Reach him at 507-333-3129 or follow him on Twitter @FDNandrew. © Copyright 2020 APG Media of Southern Minnesota. All rights reserved.