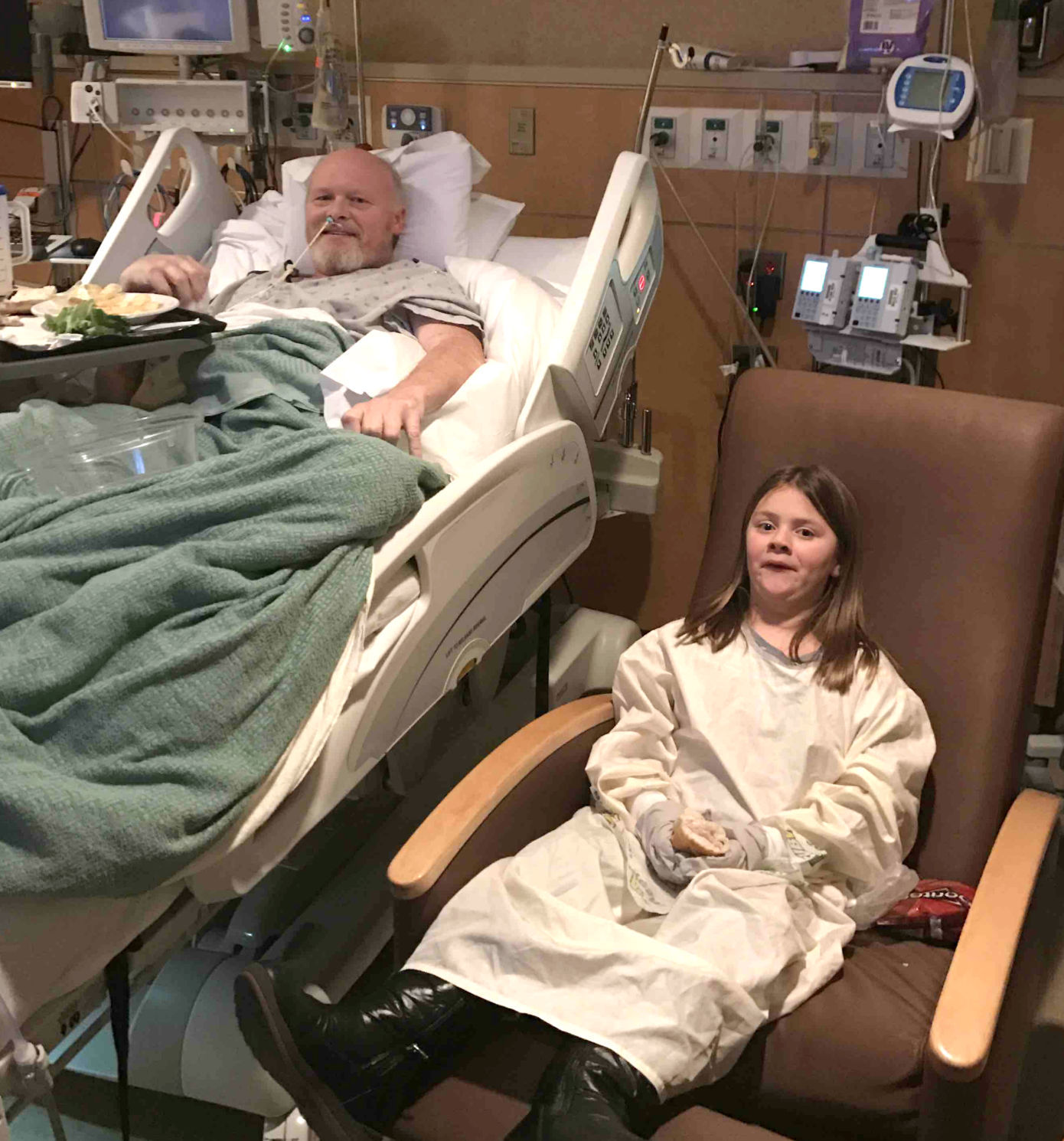 Brian Strese is visited by daughter Desirae as he recovers from necrotizing fasciitis. (Submitted photo) 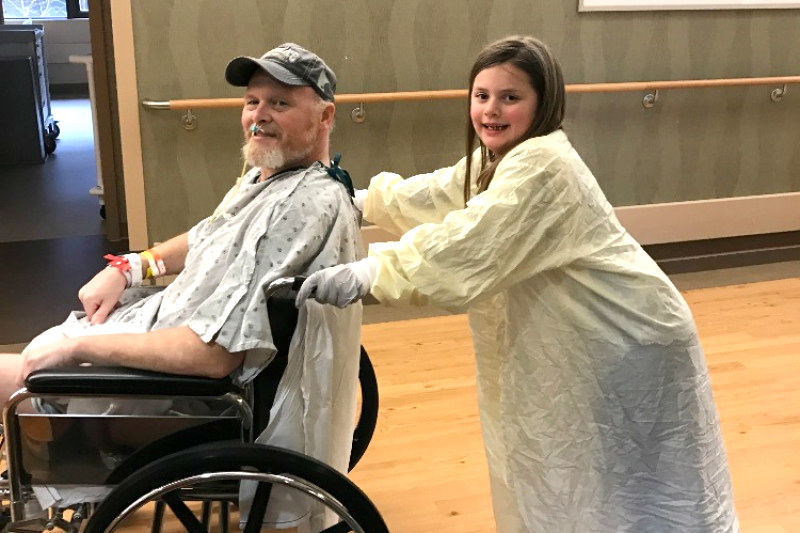 Brian’s daughter Desirae helps out as he recovers from surgery. (Submitted photo)

Brian Strese is visited by daughter Desirae as he recovers from necrotizing fasciitis. (Submitted photo)

Brian’s daughter Desirae helps out as he recovers from surgery. (Submitted photo)

What started out feeling like a bout of the flu ended in a life-threatening diagnosis for a Lonsdale man − one he and his family never imagined possible.

Within days of feeling sick, Brian Strese was told he had a rare “flesh-eating bacteria,” which left him fighting for his life.

Brian’s battle began on Jan. 19, when he started feeling nauseous and ill. His wife, Tanya, said they assumed he had come down with the flu. One week later, however, his symptoms were more severe and his right leg started to ache. That’s when Tanya took him to Northfield Hospital, which likely saved his life.

After being examined by a doctor, they were told Brian’s organs were shutting down and he needed more acute care. At that point, they were transferred to Abbott Northwestern. The cause of Brian’s sudden illness could not have been more devastating.

“We were told we may be facing flesh-eating bacteria, which, at the time, we thought only happened to people we saw on the news,” Tanya said.

It was determined that Brian had necrotizing fasciitis, a group A Streptococcus bacteria which spreads through the body and damages flesh as it goes. According to WebMD, the bacteria are rare and can be fatal if not treated promptly. It spreads quickly and aggressively, and in Brian’s case, it infected his blood causing sepsis and organ failure as it spread.

These lethal bacteria can enter the body following surgery or an injury; however, many times it’s unknown how it is contracted. The bacteria can also enter the body through minor cuts, insect bites or abrasions, which they suspect was the case with Brian. Once the infection takes hold, it spreads rapidly destroying muscle, skin and fat tissue.

Over the past two months, Brian has required two ambulance transfers to three hospitals, and suffered septic shock, organ failure and ICU psychosis. He’s now taking large doses of antibiotics and pain medication, after being treated with continuous dialysis, ventilators and feeding tubes to help his body fight off the invader.

Tanya explained that once they were at Abbott, Brian went into surgery and a layer of skin and muscle was removed from his leg. The next day, doctors saw that more tissue was infected, and he was operated on once more. He was then transferred to the burn unit of Hennepin County Medical Center in Minneapolis, where they could care for his large wound. He endured five more surgeries where layers of infected tissue were removed before they were sure the bacteria were gone.

With the threat of the infection now behind them, Tanya said the doctors then needed to assess the functionality of Brian’s leg. After a sixth surgery to examine the remaining tissue, she said they were told that his leg was essentially non-functioning and amputation was recommended. If they did not amputate, she said, Brian would remain bedridden for at least a year while his wound healed, leaving him susceptible to other infections, only to have a leg that was unusable.

They made their decision and Brian had his leg amputated above the knee. Tanya said he has since had skin graft surgery and is recovering. He was released from the hospital on Thursday (March 16), and she said he is adjusting to a new reality at home with her and their 7-year-old daughter Desirae. Through it all, Tanya said, he is trying to remain positive as he regains his strength and comes to terms with what happened.

“I’d say only 20 percent of his issues are related to his leg. He’s still mostly recovering from sepsis. He had to learn how to swallow again,” she said. “He’s only been coherent for about four weeks and is still grasping what happened.”

Brian may require a second skin graft surgery, and Tanya said they were told it would be about eight months before he could begin to be fitted for a prosthetic. It may take up to two years before he’s able to work again.

His rehabilitation will include weekly trips to the Twin Cities for occupational therapy, speech therapy, physical therapy and treatment for Post-Traumatic Stress Disorder (PTSD) as he physically and mentally recovers from the ordeal.

“Our goal is to get Brian back to work and doing everything that he loves − just like he used to,” she said. “Only God knows when that time will come, but for now we know we have a long road ahead of us.”

Now that the medical scare threatening Brian’s life is behind them, the family is facing financial challenges as they struggle to pay medical bills on a single income.

To help them cope with the financial strain, Tanya set up a GoFundMe account online. To contribute to the family’s medical and living expenses, go to www.gofundme.com/brianstrese.

“While our family feels extremely blessed that Brian is alive … it is very humbling to reach out and ask for financial support from your family and friends,” Tanya said. “I never in a million years thought we would be that family.”

It has been just over eight months since Brian Strese lost his leg to a flesh eating bacteria that nearly took his life. Now friends and famil…