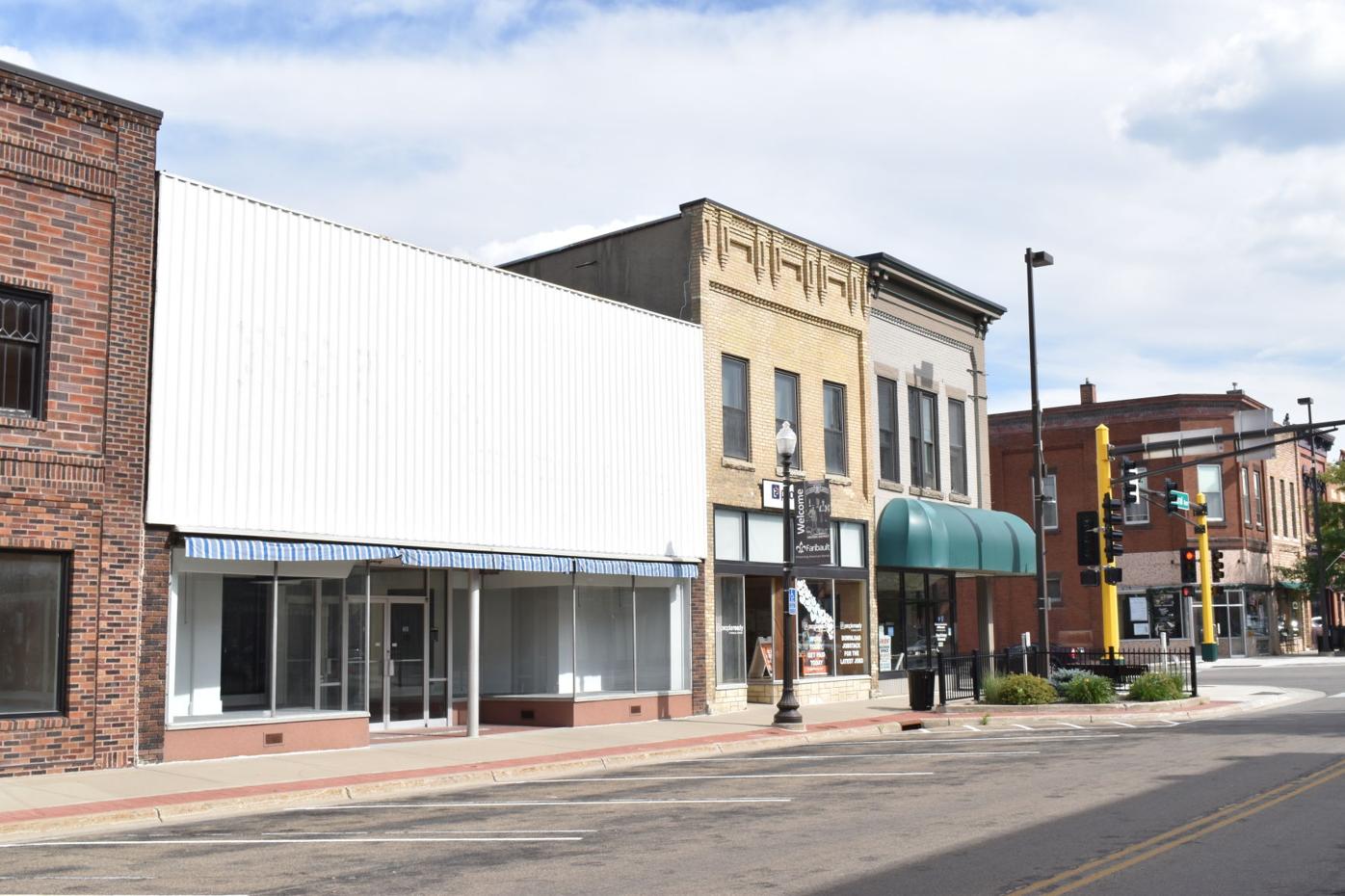 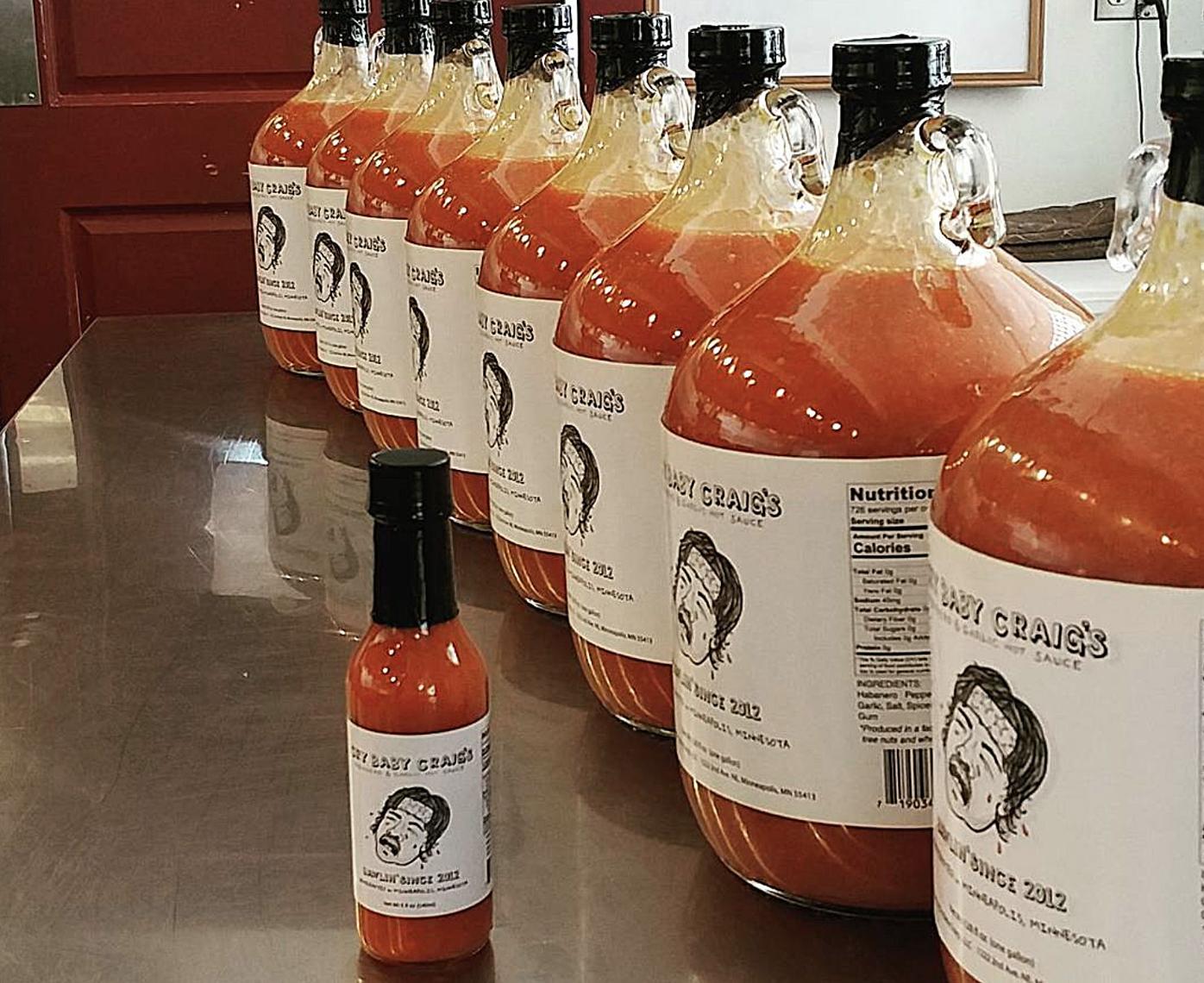 Cry Baby Craig’s hot sauce is coming to downtown Faribault. The unique product is the only hot sauce in America to be made with pickled peppers. (Daily News File Photo)

Cry Baby Craig’s hot sauce is coming to downtown Faribault. The unique product is the only hot sauce in America to be made with pickled peppers. (Daily News File Photo)

After a few bumps in the road, a rapidly growing hot sauce manufacturer finally seems to be back on track and ready to call downtown Faribault home.

With financing finally secured, Cry Baby Craig’s is now set to move into a new space at 405 Central Ave. Chef and co-owner Craig Kaiser said that business leaders plan to meet with architects next week as it looks to renovate the space to suit its needs.

At 100 years old, the building at 405 Central is historic in theory, but its metal exterior robs it of the charming Queen Anne style of many buildings downtown. Still, the former B&B Sporting Goods building offers well-located retail or office space.

To help fund the deal, Faribault’s Economic Development Authority approved $47,000 in forgivable loans at its meeting earlier this month. That’s in addition to $50,000 in assistance the EDA provided last year, which was matched by the Southern Minnesota Initiative Foundation.

In addition to manufacturing, the facility will include a retail store, something the EDA hopes could help draw people to downtown.

At the new facility, Cry Baby Craig’s co-owners Kaiser and Sam Bonin believe they will be able to greatly expand their business. Along with extra space, Cry Baby Craig’s will get new bottling equipment that will enable the company to dramatically increase its capacity.

Initially, the company planned to move into a space at 313 Central Ave. Also a historic building, that was one of numerous downtown buildings owned by Twin Cities-based developer John Sheesley, who bought it in 2015.

The agreement between Sheesley and Kaiser ultimately soured, with Kaiser accusing Sheesley of failing to sign a Change of Use Certificate required by the city’s Planning and Zoning Division, and generally not helping his business to open.

“He constantly was missing deadlines,” Kaiser said. “I started putting a bunch of money in the building that I won’t get back.”

Sheesley disputes that assessment, saying that the agreement fell through because he was unable to to cover a larger share of the renovation costs than had initially been agreed to. Still, he said he doesn’t hold a grudge against Cry Baby Craig’s.

“I’m happy to have them in downtown Faribault, and happy to not have them be in my building,” he said.

The dispute between Cry Baby Craig’s and Sheesley have led to a longer than hoped for production gap for the company. Fortunately, Cry Baby Craig’s managed to build up an ample supply of product before making the move.

Despite that, Kaiser’s particularly excited that the company will be able to own a building of its own. In addition to avoiding any disputes with landlords, moving into 405 Central provides ample space for Cry Baby Craig’s, with five times the space of 313 Central.

Though it’s big, the building will need a thorough renovation in order to convert it into the needed use. Kaiser said it’s likely to be roughly three months before the building is ready to serve as Cry Baby Craig’s headquarters.

Once it’s ready to go, Kaiser said that the building is well suited to serve as Cry Baby Craig’s headquarters for the foreseeable future, even if the company outgrows it. In contrast, he said 313 Central would have been more temporary.

Faribault Area Chamber of Commerce and Tourism President Nort Johnson was among those expressing excitement for the project, as a potential cornerstone of a downtown revitalization that could bring the city’s Journey to 2040 Vision to fruition.

“We’re really pleased that they were able to make their way to Faribault and get a place they can call home,” Johnson said. “They have a growing presence around the country, and we think that they fit in very nicely with Faribault’s ‘Making American Stories’ theme.”

Cry Baby Craig’s uses a one-of-a-kind process and recipe to produce its nationally renowned hot sauce. Chef and co-owner Craig Kaiser began making the sauce with pickled habanero peppers and garlic after his restaurant accidentally received habaneros instead of jalapenos.

With no immediate use for the habaneros, Kaiser used his background in French cuisine from Le Cordon Bleu to pickle them. Several months later, Kaiser used them to make some hot sauce for a work party. The sauce became an immediate hit and can now be found at hundreds of stores and restaurants throughout the area. Pre COVID, the sauce was also a hit at Allianz Field, home to Minnesota United FC, Target Field and the Minnesota State Fair.

Thanks to its unique cold process method, the manufacturing process doesn’t produce a decipherable smell like many hot sauces.