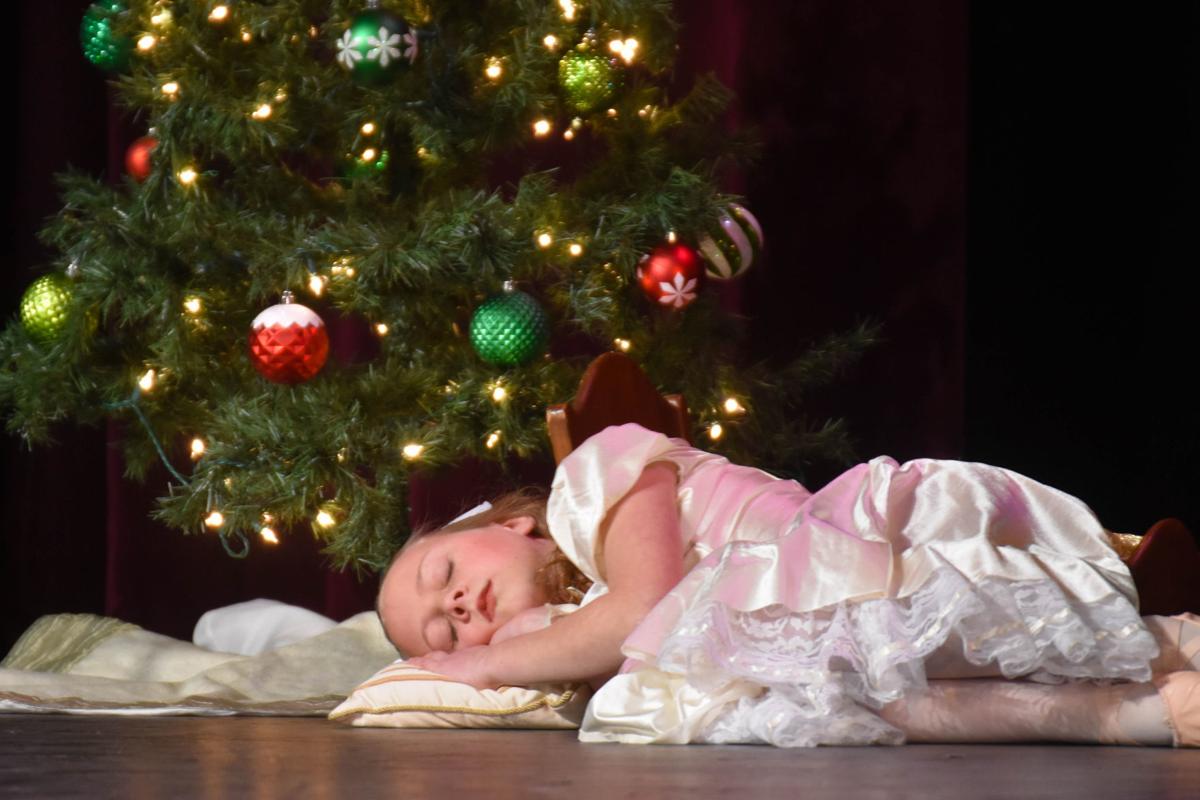 “The Nutcracker” is a classic ballet about young Clara, portrayed here by Rylie Benz, who dreams of a sweet land where she conquers a rat king and meets magical dancers. TCU High School hosts the Youth Dance Ensemble’s performance Dec. 13. (Photo courtesy of Leeanne Rairamo) 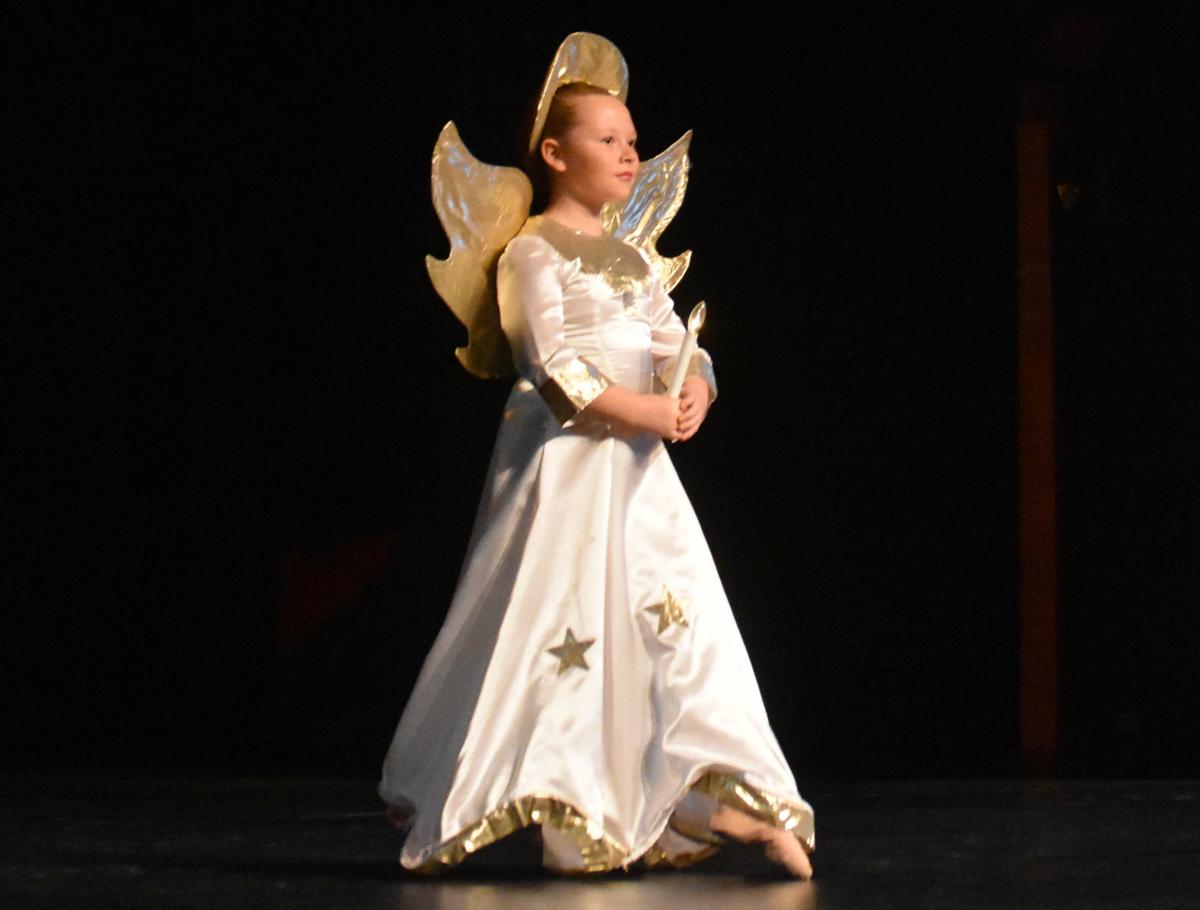 The Youth Dance Ensemble of Burnsville performs “The Nutcracker” ballet each year. TCU High School will host the the group for its performing art center’s first community performance. Pictured is Grace Hage as an angel. (Photo courtesy of Leeanne Rairamo)

“The Nutcracker” is a classic ballet about young Clara, portrayed here by Rylie Benz, who dreams of a sweet land where she conquers a rat king and meets magical dancers. TCU High School hosts the Youth Dance Ensemble’s performance Dec. 13. (Photo courtesy of Leeanne Rairamo)

The Youth Dance Ensemble of Burnsville performs “The Nutcracker” ballet each year. TCU High School will host the the group for its performing art center’s first community performance. Pictured is Grace Hage as an angel. (Photo courtesy of Leeanne Rairamo)

A young girl named Clara falls asleep after a Christmas party where her brother, Fritz, breaks her precious nutcracker gift from Godfather Drosselmeyer. What happens in Clara’s sleep is more like an awakening — to Rat King encounters and a series of dances in the land of sweets.

The story of the “Nutcracker” has been delivered on countless stages, but never in the Tri-City United High School performing arts center. In fact, it’s the first live community performance in the school’s history. TCU Community Education has invited the Youth Dance Ensemble of Burnsville to deliver a showing of the classic ballet at 6 p.m. Friday, Dec. 13.

The Youth Dance Ensemble of Burnsville typically performs “The Nutcracker” in smaller Minnesota towns because the company travels with set pieces for smaller stages. Montgomery fits the small town criteria, but TCU High School’s new performing arts center is anything but small.

“We’re so excited to be performing at a brand new theater but still be able to take the performance to outstate Minnesota,” said the ensemble’s artistic director Leeanne “Dixie” Rairamo.

The ensemble presents seven performances of “The Nutcracker” during the winter season, four near Burnsville and three at TCU High School. Two of those performances at the high school will be held exclusively for students in the TCU District as well as Holy Redeemer Catholic School.

Layne Wilbright, TCU Community Education director, said his responsibilities now include bringing programs and events to the new performing arts center at the high school. For the first performance to grace the new stage, he said the Youth Dance Ensemble immediately came to mind. As a former community education director for Le Sueur-Henderson Schools, Wilbright wrote a grant to bring Rairamo’s dancers to the LS-H stage.

This time around, Wilbright applied for a $2,000 Prairie Regional Arts Council grant to cover the cost of bringing the ensemble to TCU. The Minnesota State Legislature allocates money to fine arts projects such as these.

The Youth Dance Ensemble of Burnsville became a nonprofit in 1991. Initially the dancers only performed Act II of “The Nutcracker” ballet for the community, according to Rairamo, but now the ensemble performs an abridged version of the whole show, totaling about 55 minutes.

A total of 45 dancers, ranging in age from 8 to 18, travel with the group from the Burnsville area. Rairamo said the ensemble attracts dancers from Farmington, Prior Lake, Eagan and Inver Grove Heights. The Youth Dance Ensemble is also a year-round program, which includes an offering called the Modern Dance Project for under-served youth in the Burnsville area.

“The reason folks will come to us is because we’re not a competition studio,” said Rairamo. “The kids don’t compete because we simply don’t have time to do that because we’re doing so many other programs within our organization. So everything we do is all based on the performing arts side.”

Rairamo said the Youth Dance Ensemble adds its own flair to the holiday classic.

“The emphasis is on the story and the showmanship of the dancers,” said Rairamo. “It’s not just through technique that we tell the story. The physical body is telling the story; facial expressions, arm movements, visuals come to life. The technique is strong, but there’s all these other components that raise the bar for what we do.”

Rairamo said the ballet also includes some funny moments, particularly with two silly maids that carry the story in Act I. Another unique feature is that some of the costumes are homemade.

Wilbright learned, while serving as community education director for Le Sueur-Henderson, that many students in the audience hadn’t seen a dance performance like “The Nutcracker” firsthand. That’s what community education is all about, he said — exposing individuals to more opportunities.

“Hopefully this is going to be something [students are] going to remember and take with them as they go,” said Wilbright. “Maybe it will even spark an interest in taking some fine arts classes at TCU.”

TCU High School hosts "The Nutcracker" performed by the Youth Dance Ensemble of Burnsville 6 p.m. Friday, Dec. 13 in the new performing arts center. The admission fee is $2 per person for general seating. Doors open at 5 p.m.

Tickets are available online at bit.ly/34SnVHV through Dec. 12 and at the door the night of the performance. Contact TCU Community Education with questions at 507-364-8107.