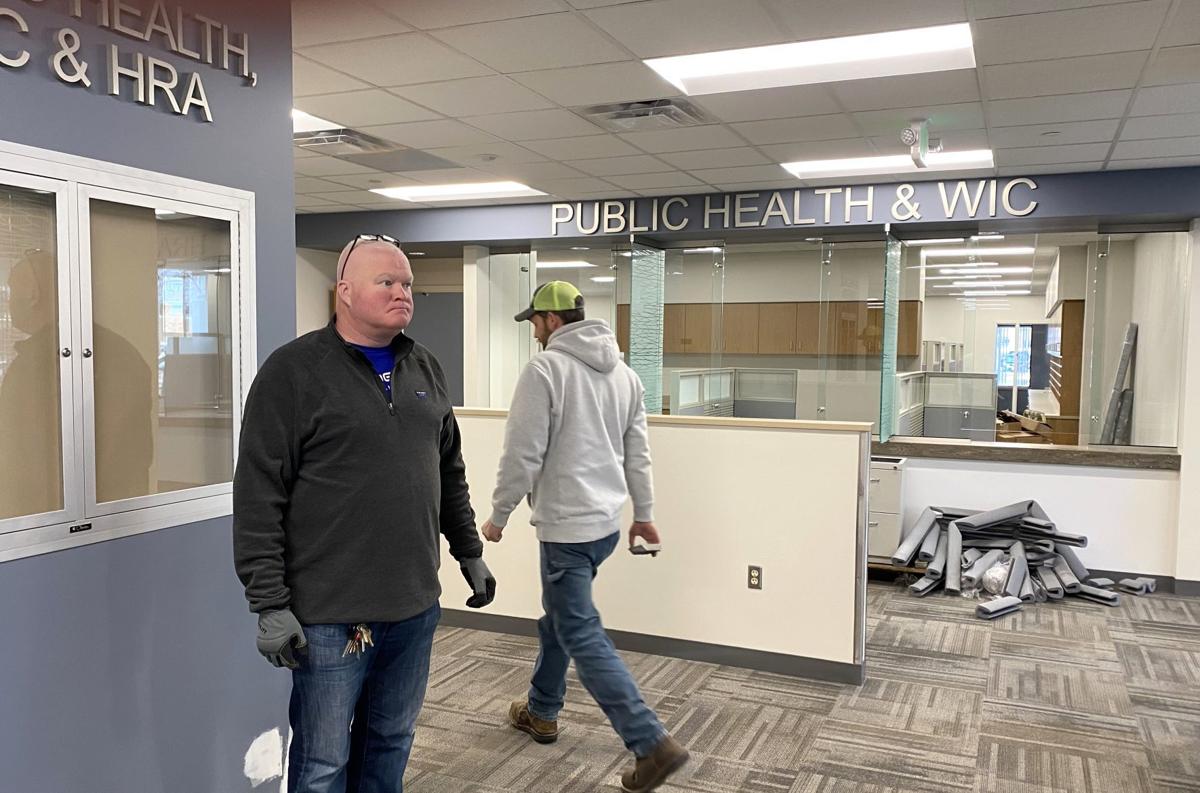 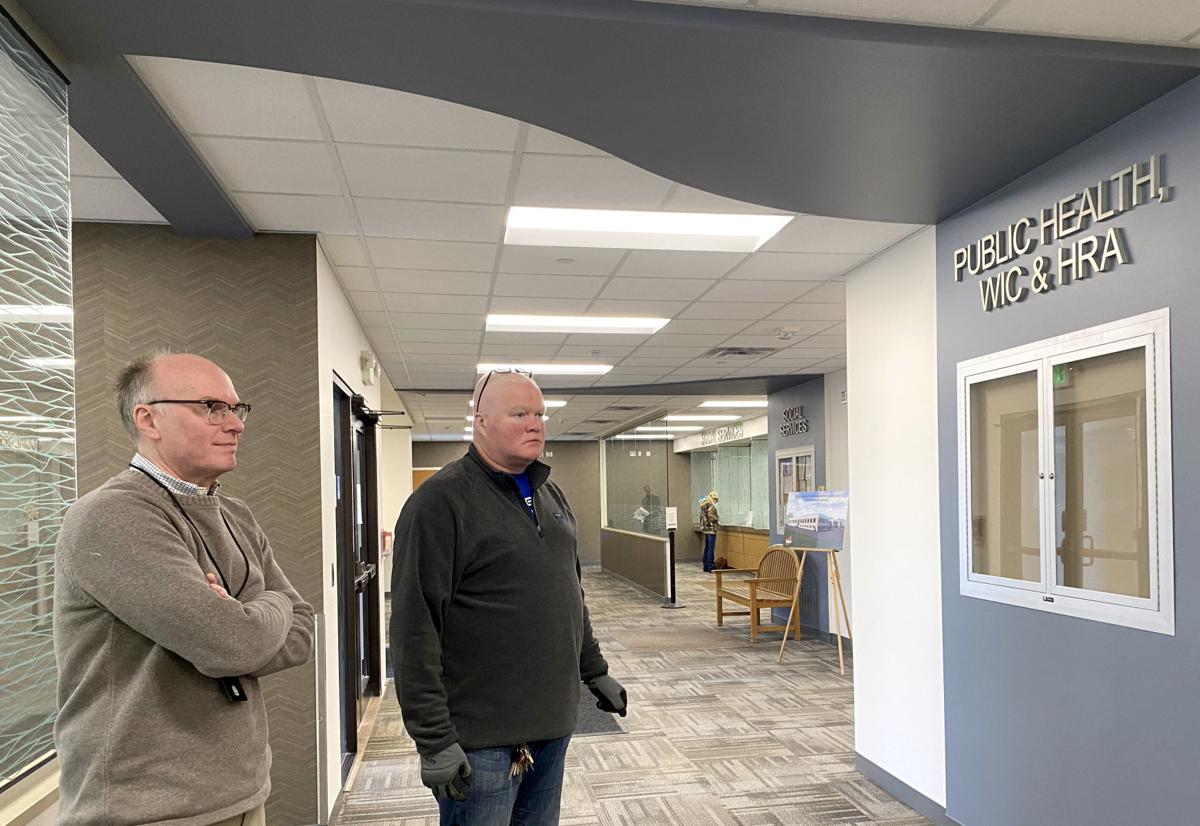 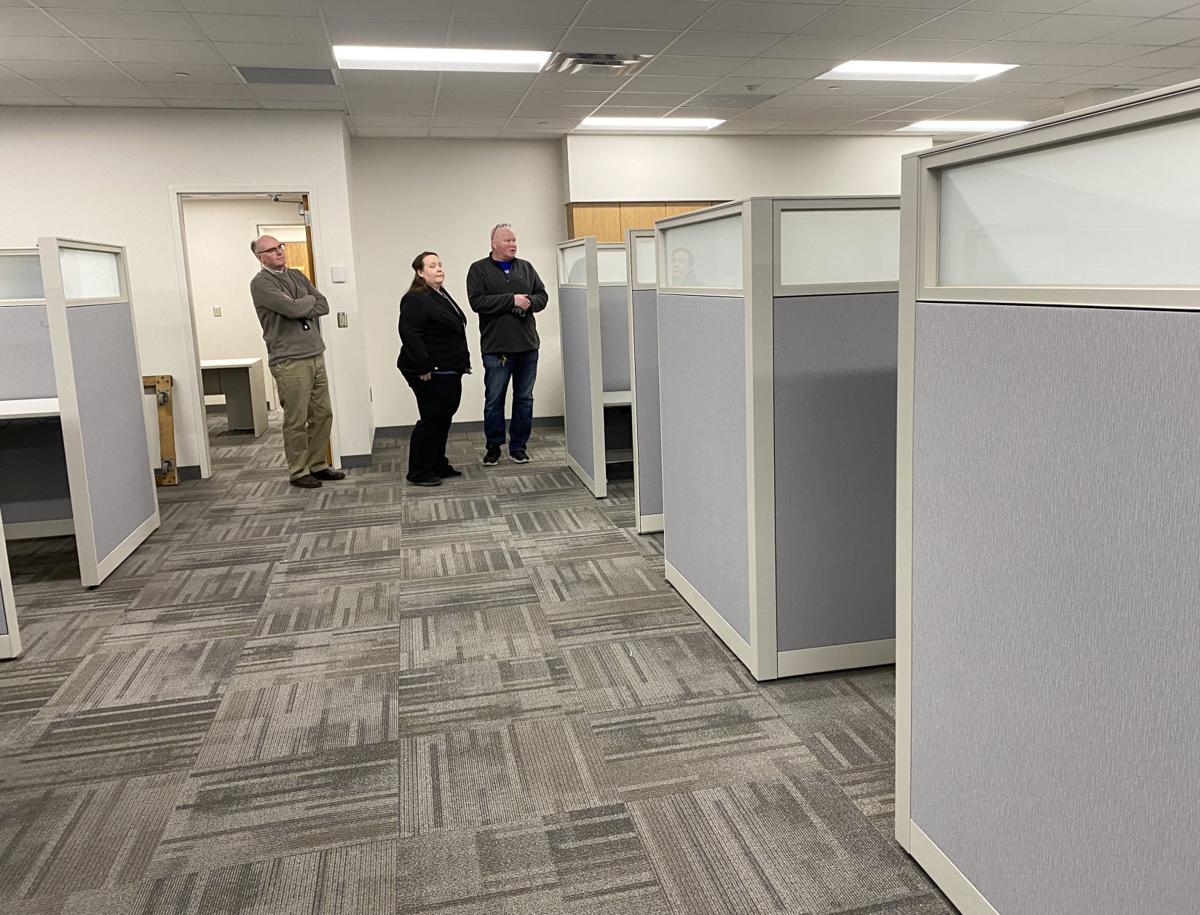 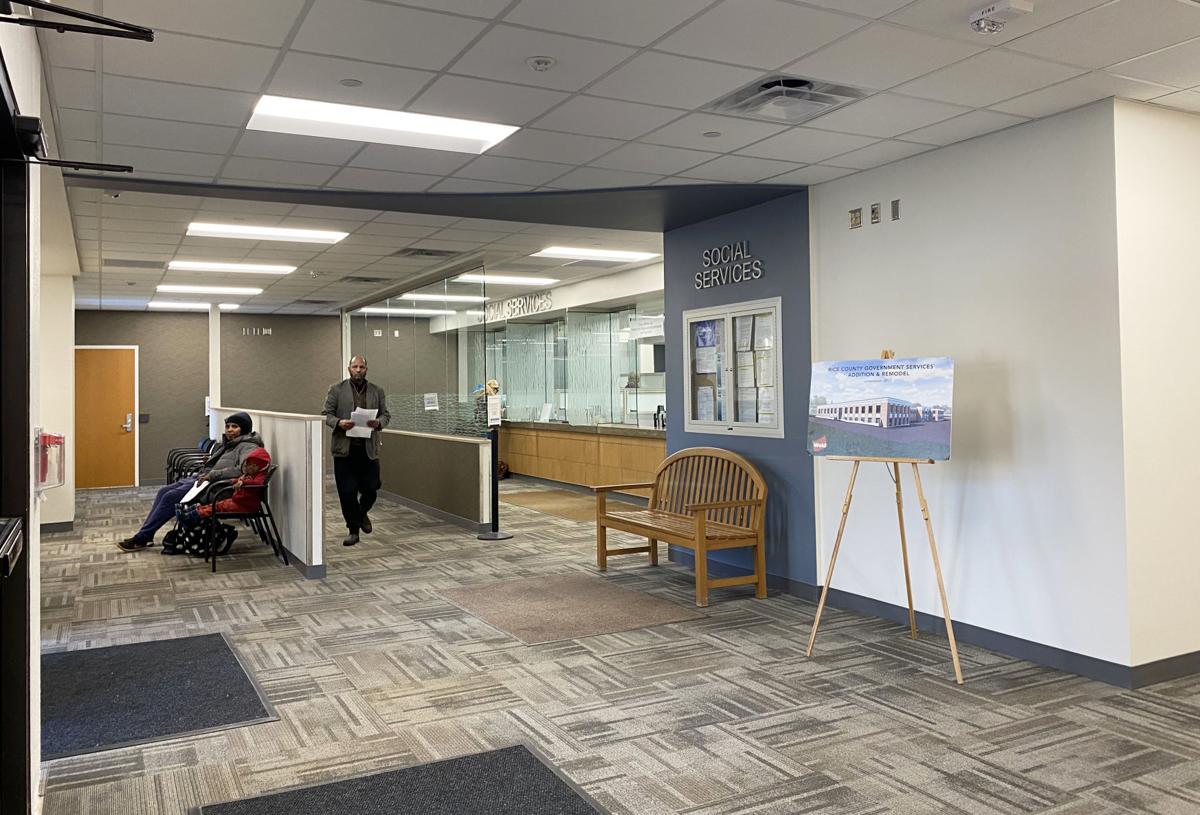 Employees in two Rice County departments are expected to move into their new work space late this week, checking off another box in the ongoing work to the county’s Government Services Building.

On Tuesday, contractors were bustling about the first-floor space on the building’s northwest corner, putting the finishing touches on the area that will house dozens of workers and welcome clients needing county services.

The project, which began in late 2018 isn’t expected to wrap up until August, but with the completion of the Public Health/WIC and Housing spaces, the vision has taken shape: create an efficient and safe workspace while meeting clients needs’ and ensuring their private information remains confidential. Residents entering from the north off Hwy. 60 will immediately notice the use of natural light which pours into the workspace and waiting rooms. The soft blue and cream palette is a soothing change from the pre-renovation burgundy and garish florescent lighting.

It’s the second move in for county workers. The Social Services Department move-in began in September, but following a fire in a newly installed rooftop HVAC unit, there was a quick exit followed by a return in mid-November.

The fire, which was contained to the rooftop unit, turned out to be more annoyance than anything. County workers shifted space and/or worked from home to accommodate the clean up, County Administrator Sara Folsted said. Any while that added a wrinkle to the plan, work was able to continue. Folsted on Tuesday insists the project remains on schedule and on budget.

Social Services Director Mark Shaw said that decisions made previously, including getting laptops for many staff members, gave department staff the flexibility to deal with the unplanned moves in the fire’s aftermath.

Once Public Health and Housing staff move into their workspace, which includes the lower floor of an addition on the building’s north side, contractors head to the Planning and Zoning Department to complete renovations there. A second, larger addition, is still under construction on the building’s east side. That addition will include a 2,800-square-foot conference room that can be used for large groups, community gatherings or subdivided into sections to accommodate several smaller meetings.

The project, being done by Met-Con Cos., of Faribault, came in at about $7.2 million, far less than a $10 million estimate. The low bid allowed the county to bond for $10 million, but use the difference to help fund renovations and an addition to the Highway Department building in Faribault.