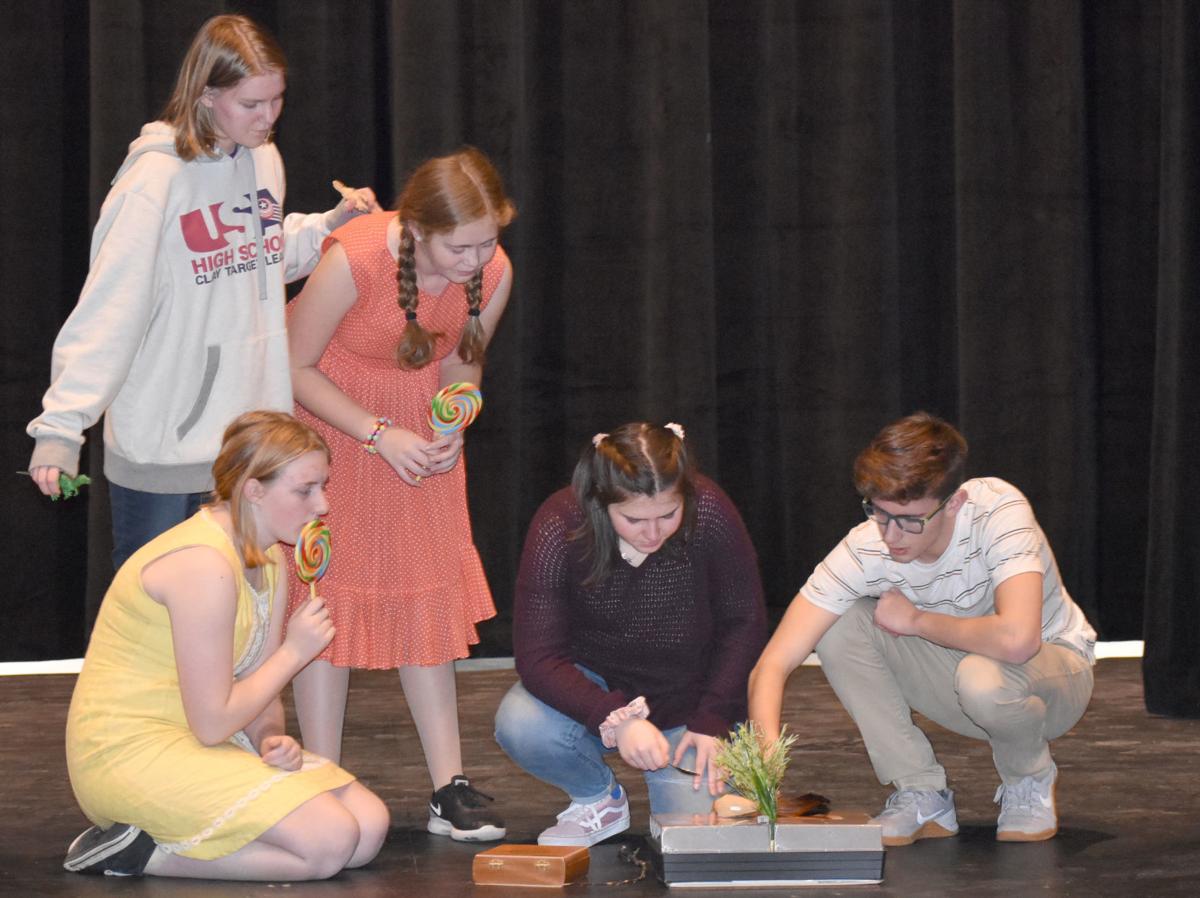 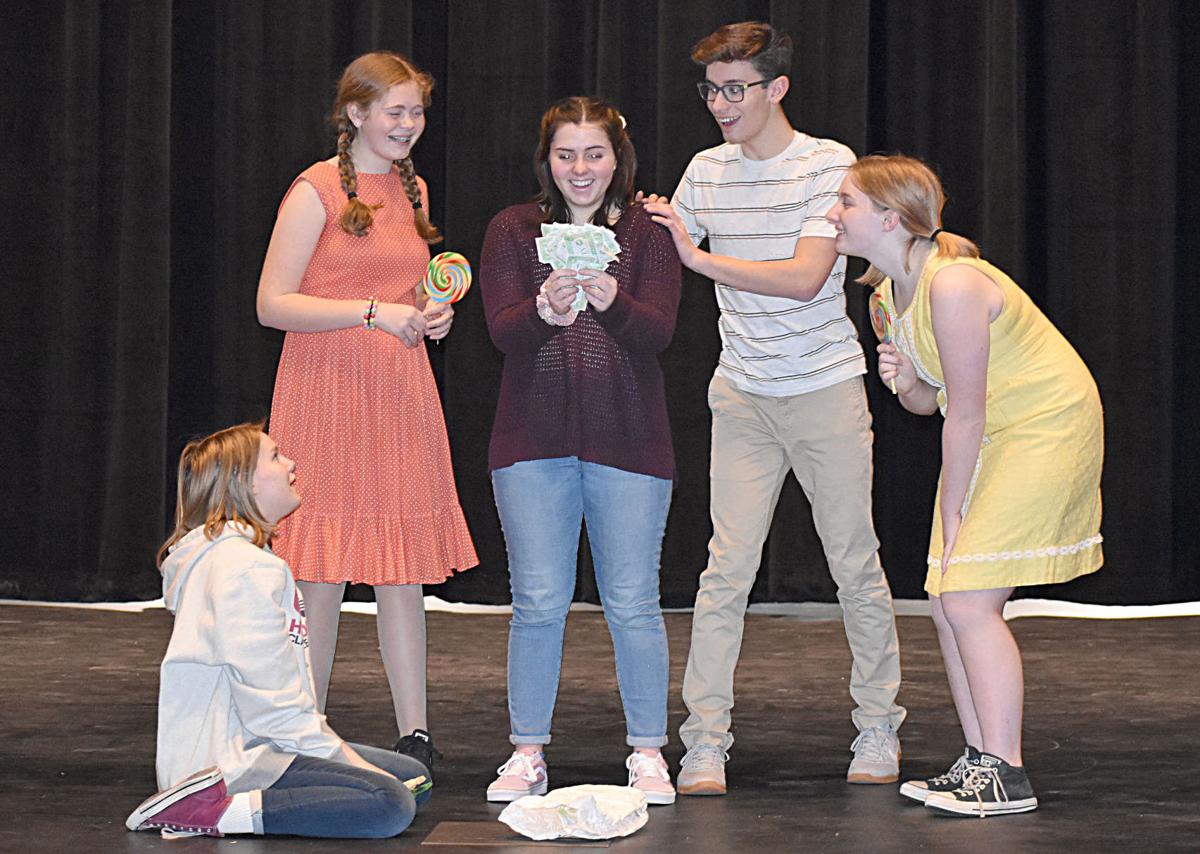 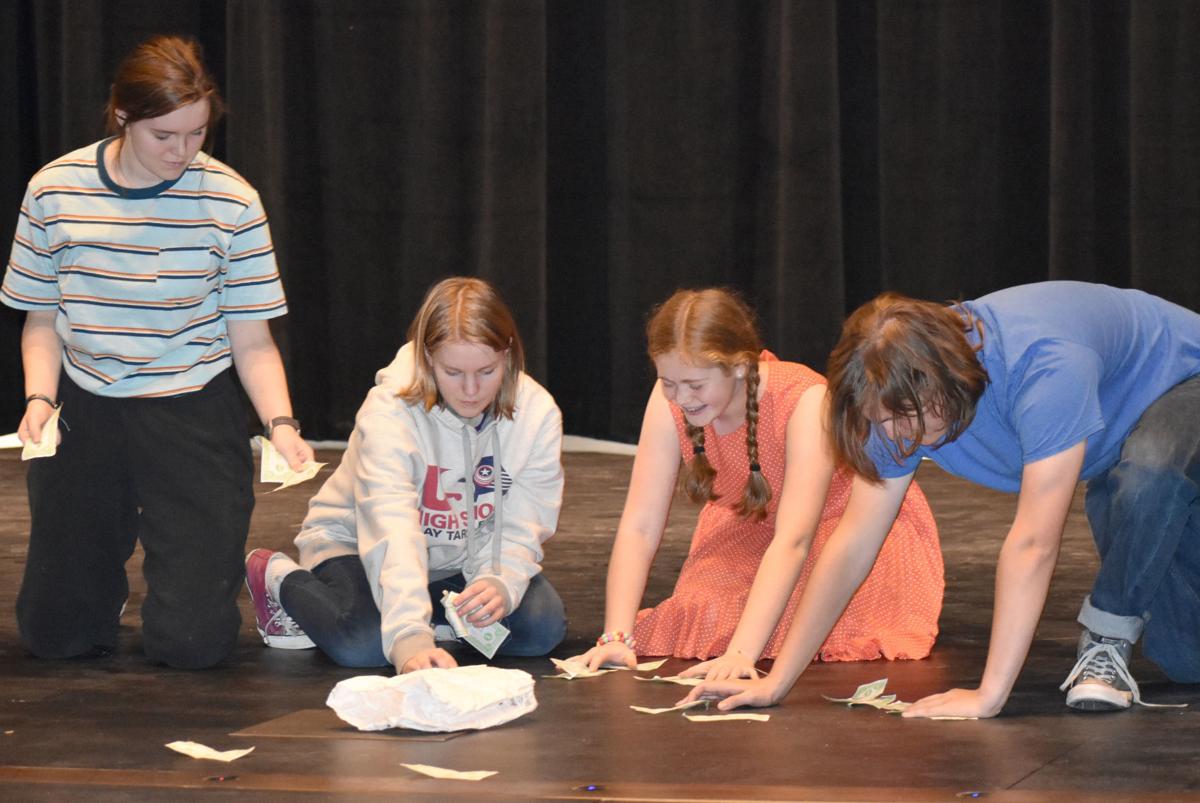 Acting like children is perfectly acceptable for eight Tri-City United High School students, at least during their one-act play season.

“Found a Peanut” by Donald Margulies is a 90-minute play that co-directors Erin Winters and Elise Lundeen cut down to fit the 35-minute requirement for one act. Based in 1962 Brooklyn, children between the ages of 5 and 13 find a dead bird while playing in an alley between apartments. As they dig a hole to bury the bird, they uncover a bag of money. Chaos ensues as the children argue about what to do next.

Winters described the play as a testament to childhood innocence lost. Told with a touch of humor, the story presents a sort of wake-up call to parents who unintentionally pass down unfavorable qualities to their children.

“It’s a lot of fun,” said cast member Audrey Wasilowski of working with her castmates. “We’re like a family, which is great.”

Locally, the students offer a public performance at 7 p.m. Thursday, Jan. 23 in the new performing arts center at TCU High School. The group will also present an exclusive performance for the high school student body.

The students perform their one act play for the first time, not in a competitive setting, but as a showcase Saturday, Jan. 18 at the Minnesota River Conference One Act Play Festival at Mayer Lutheran High School. All high schools in the region perform their one act plays at this event as well, and judges will give awards for individual performances without grading them against one another.

Three judges rank the plays and give them each a composite score based on factors like education value, acting, sets and costumes.

Each team needs to follow specific criteria to avoid disqualification; if a show runs even one second longer than the 35-minute time allotment, it’s disqualified. Before performing, schools need to fit all set pieces in 10-by-10 square foot space and then bring all the pieces to the correct stage locations in the span of 10 minutes. After the show, the actors and crew have five minutes to strike the set.

A maximum of 20 people, including cast members and the stage crew, may participate in the production. In “Found a Peanut,” all eight actors have speaking parts and need to deliver their lines loud and clear as microphones aren’t allowed. Winters said the program is growing at TCU with 18 total students involved on stage or behind the scenes. The program is also open to middle school students, so the youngest stage crew member is a seventh-grader.

As a competitive person, Winters enjoys co-directing TCU one-act plays along with Lundeen. The two paired up as directors for the first time last year, when TCU placed second in the subsections and tied for third at sections. That was the first year the current students advanced to sections in their time at TCU High School, she said.

A literal change of scene makes this year’s one act play rehearsals a fresh experience for both directors and the students. With construction on the performing arts center wrapped up at the end of 2019, the one-act play season began at just the right time.

“It’s been fantastic to be here and use the space to its full capacity,” said Winters.

Stage manager Brooke Holicky, a senior at TCU High School, added that it’s nice to have a real scene shop and upgraded sound and lighting systems. She previously served as stage manager for the TCU fall musical “Annie,” but both the new stage and a few first-time actors make one act a different experience.

“We have strong seniors, and that older leadership has been involved since the beginning,” said Winters. “I think it really helps because many actors have never been in theater.”

ONE CHANCE TO SEE ONE ACT

The TCU High School one act play "Found a Peanut" will be performed for a public audience at 7 p.m. Thursday, Jan. 23 at the TCU High School performing arts center. This is the only local performance open to the public before the students compete.