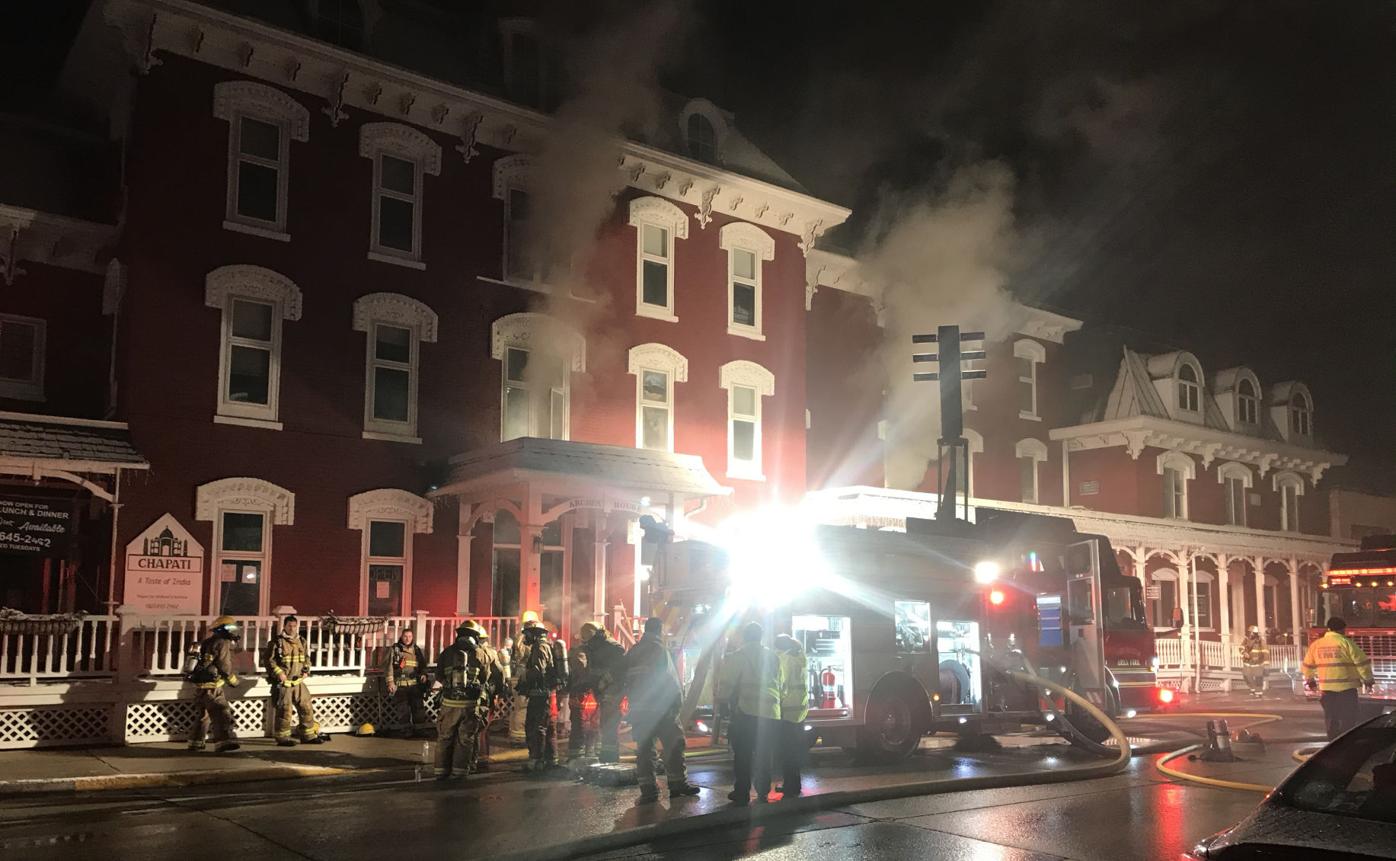 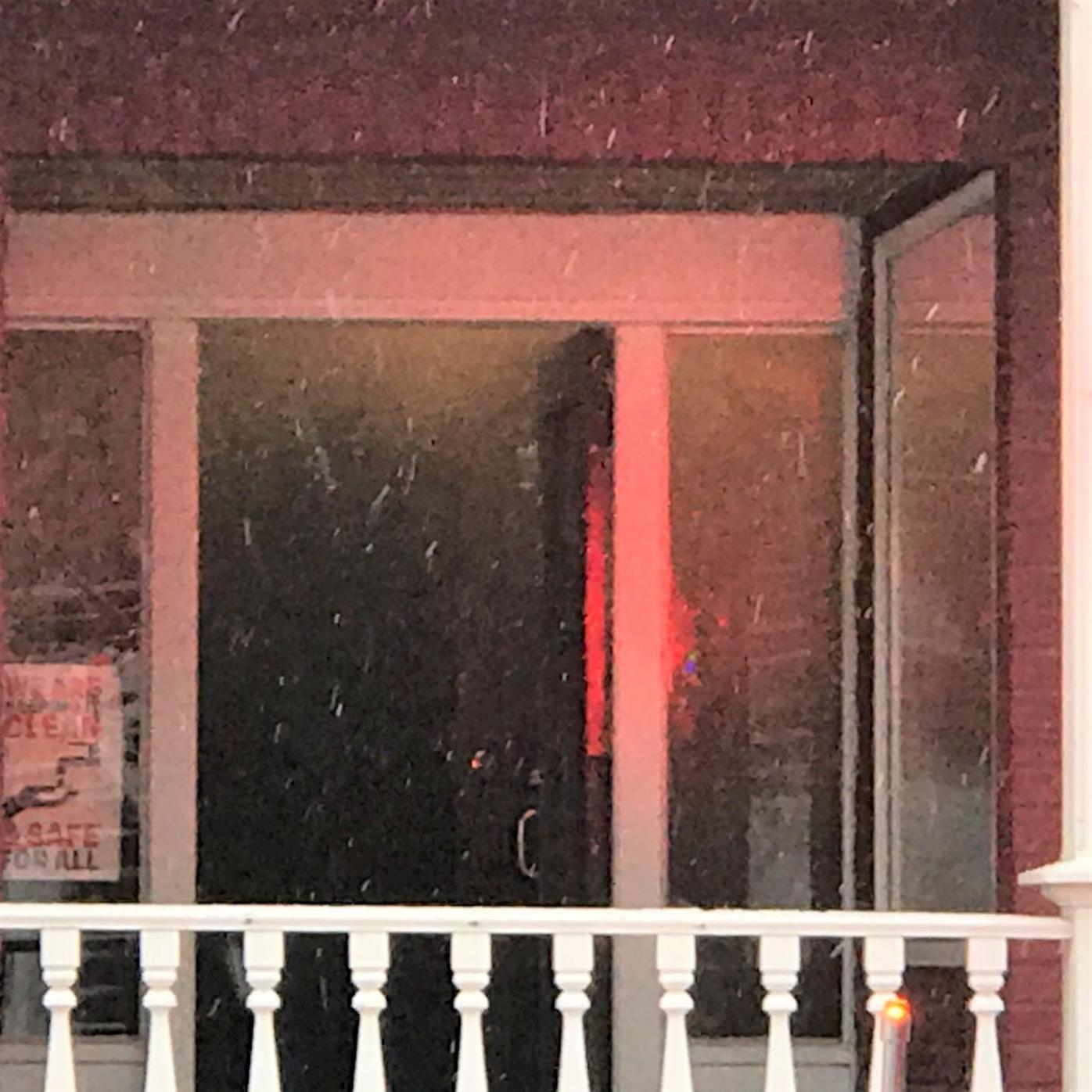 Smoke is seen from the outside of the Smoqehouse building, 212 Division St. S. (Sam Wilmes/southernminn.com) 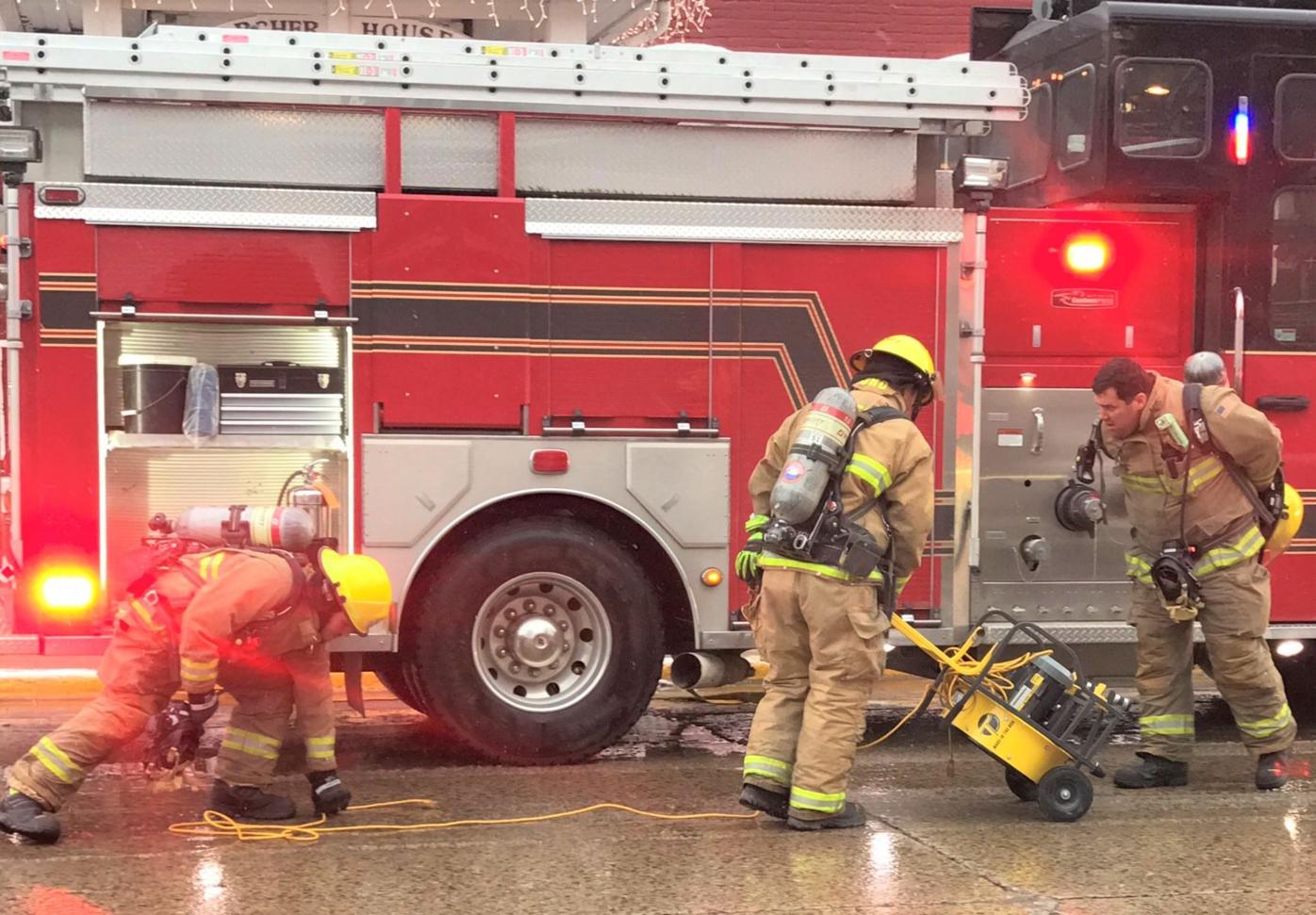 Northfield fire crews arrive at a fire Thursday afternoon at Smoqehouse in Northfield. Smoke filled the restaurant at about 3:45 p.m. (Sam Wilmes/Southernminn.com) 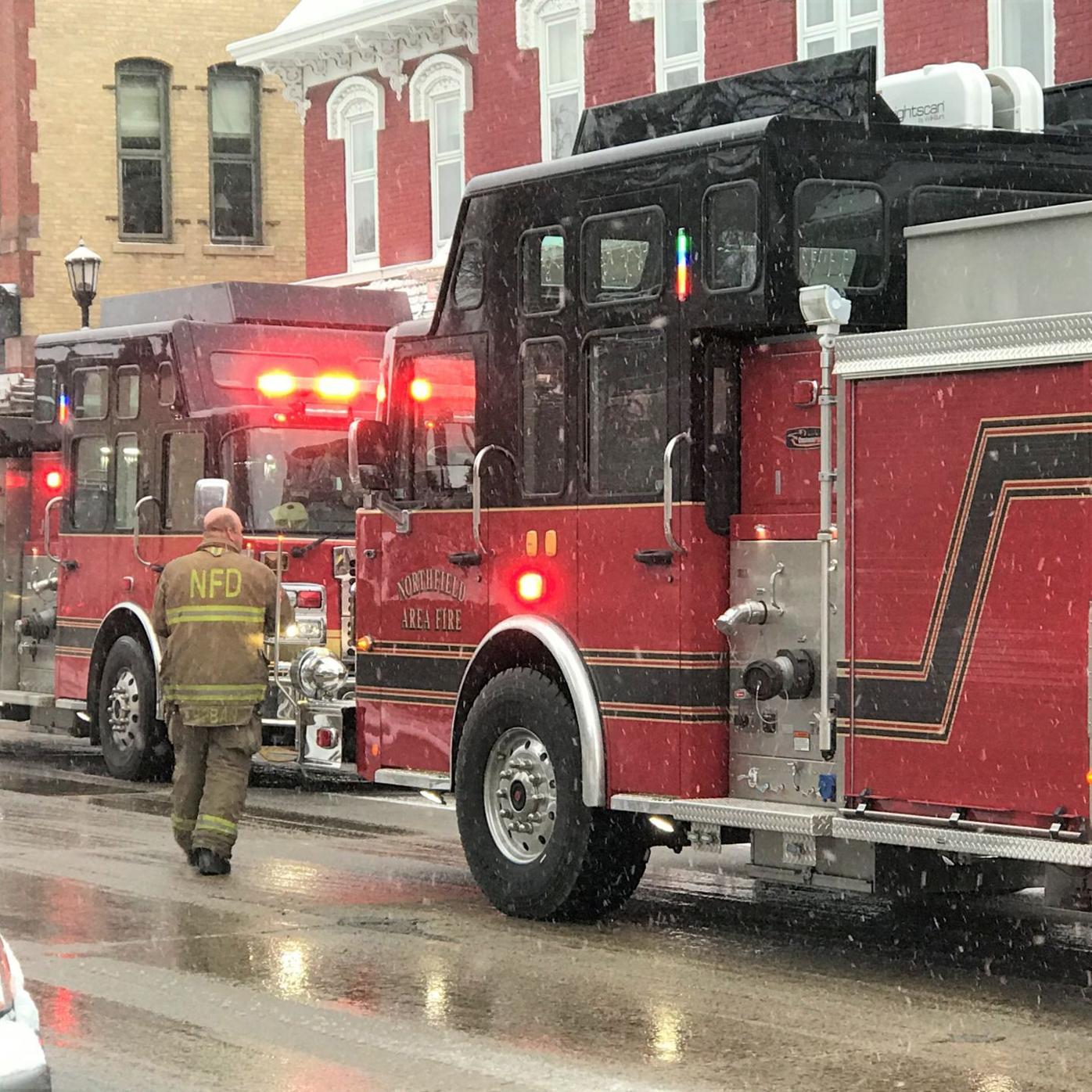 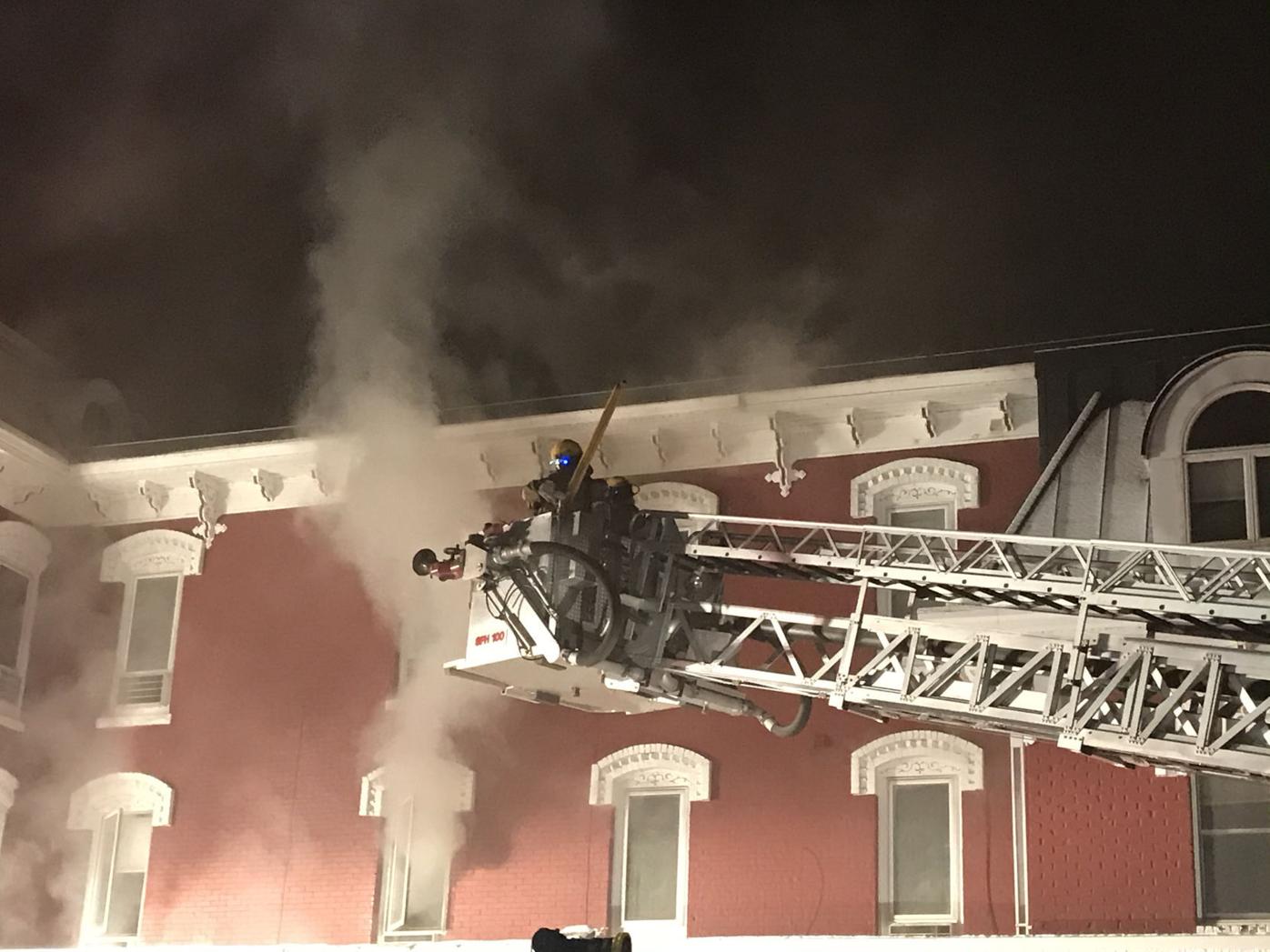 Fire crews battled a devastating fire Nov. 12-13 at The Archer House. As crews remained on scene throughout the night and well into the next day, the scope of the damage became clear. (News file photo/southernminn.com) 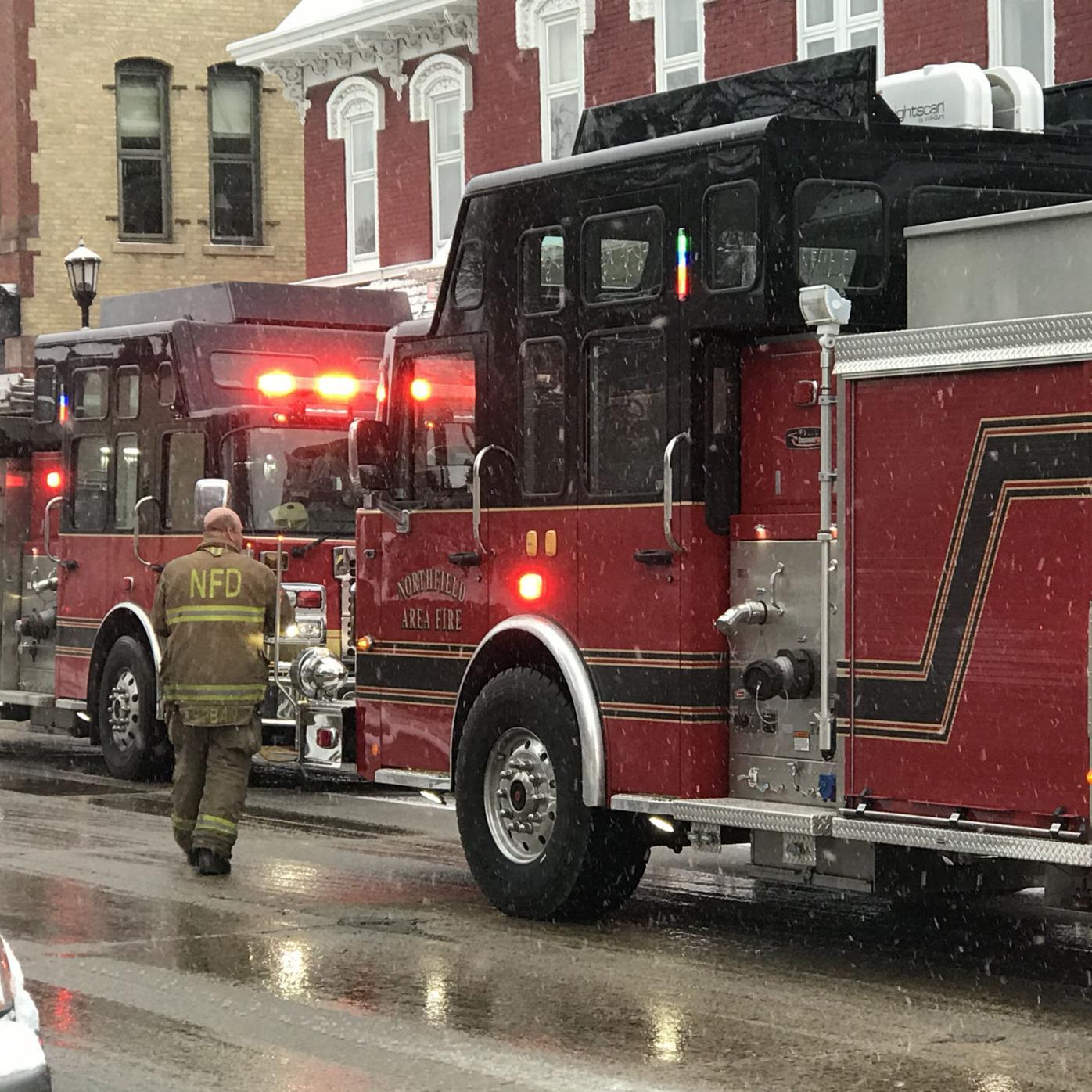 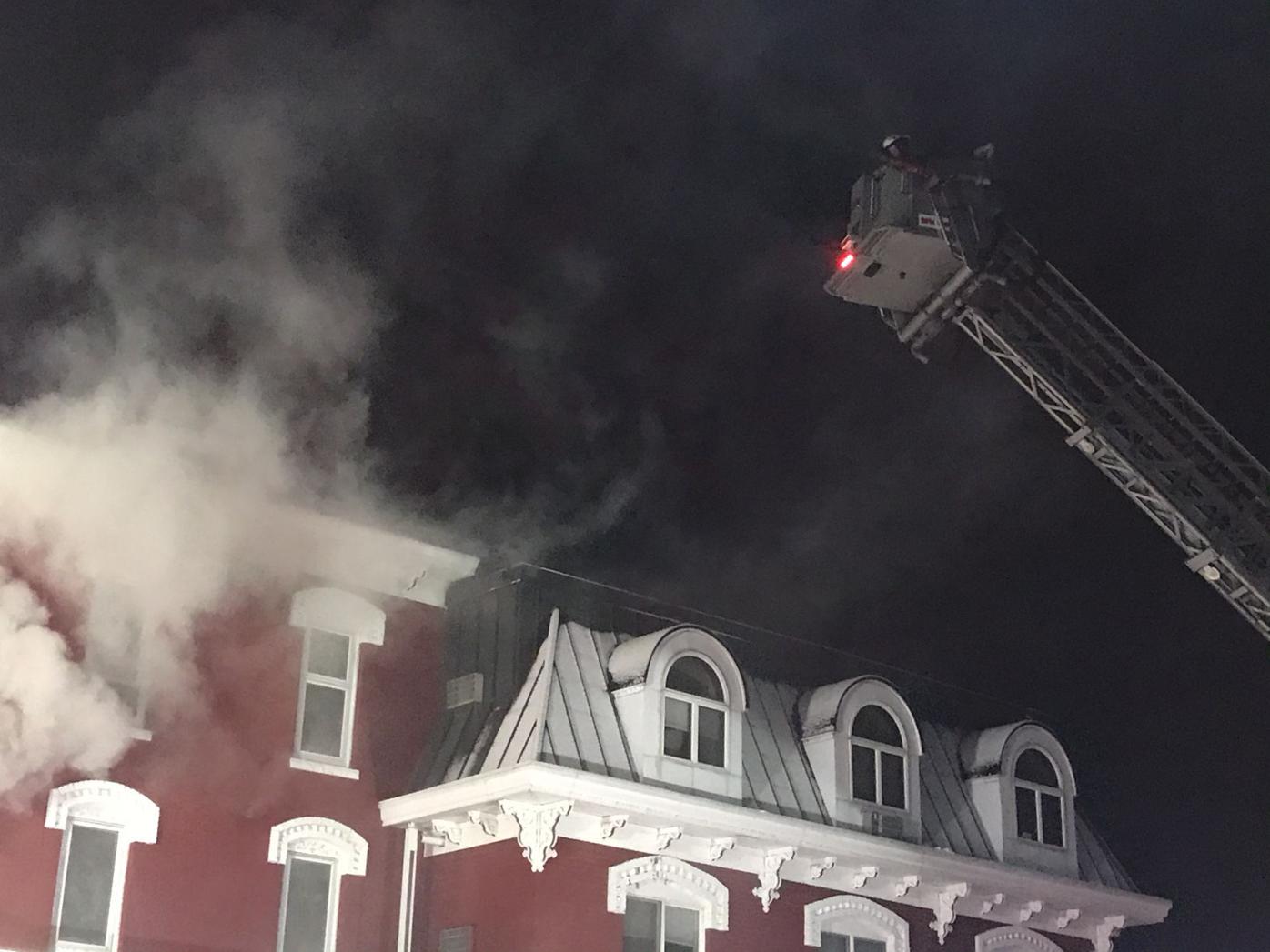 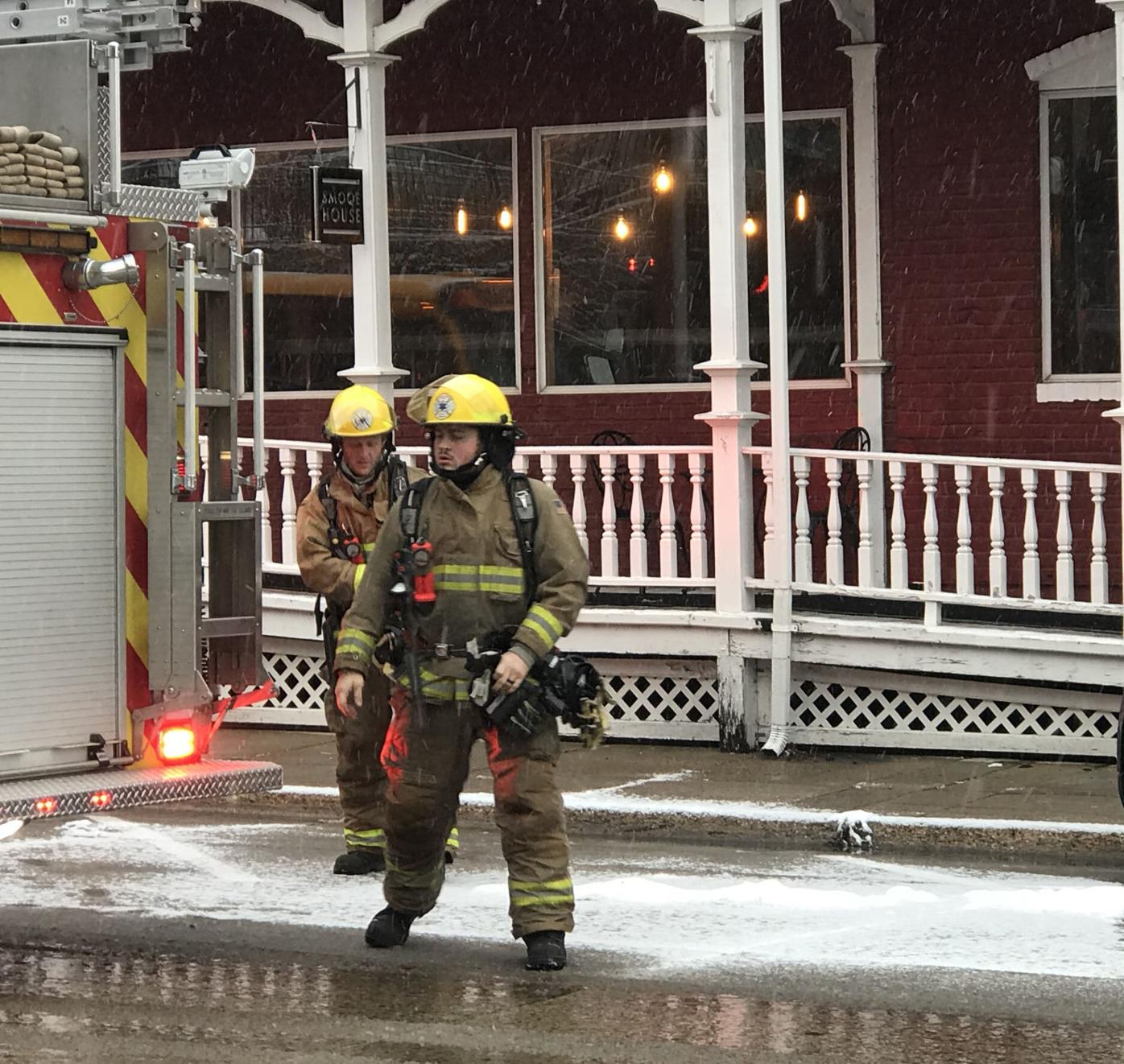 Smoke is seen from the outside of the Smoqehouse building, 212 Division St. S. (Sam Wilmes/southernminn.com)

Northfield fire crews arrive at a fire Thursday afternoon at Smoqehouse in Northfield. Smoke filled the restaurant at about 3:45 p.m. (Sam Wilmes/Southernminn.com)

Fire crews battled a devastating fire Nov. 12-13 at The Archer House. As crews remained on scene throughout the night and well into the next day, the scope of the damage became clear. (News file photo/southernminn.com)

More than 20 hours after it started, Northfield firefighters on Friday  continued to work to extinguish the last of a fire at Northfield's historic Archer House.

The iconic hotel, built along the east bank of the Cannon River more than 140 years ago, sustained considerable smoke and water damage, according to Northfield Fire Chief Gerry Franek. He noted firefighters have contained the fire to the hotel's fourth floor and were working to extinguish the last of the blaze. On Friday morning, a gaping hole was visible in the back portion of the Archer House.

Despite the damage, Franek anticipates three-quarters of the Archer House building is salvageable, but acknowledged that has yet to be determined. He said that decision will ultimately come down to the estimated repair cost developed by fire insurance underwriters.

“It’s another tough, sad day for this community and also the building owners,” Franek said.

The fire was reported at approximately 3:30 p.m. Thursday. Within 15 minutes, the inside of the restaurant was filled with smoke. As of about 5 p.m., smoke was billowing from all floors of the Archer House. The Archer House, owned by Rebound Hospitality, includes the River Inn, bar, Chapati, Smoqehouse, Northfield Tavern and Paper Petalum. Northfield Police Chief Mark Elliott said as of noon Friday crews were expected to remain for a couple more hours.

He described firefighters' work within the building as “slow and tedious,” due to the age of the building and the layers of construction material added during previous remodeling projects undertaken since its 1877 construction.  Franek said the fire on Thursday spread throughout the building in walls, areas designed to hold pipes and cables, and hidden spots where fire crews couldn’t reach, making it hard to determine where the fire had gone.

“It’s been kind of a task, a rough one here to fight,” he noted.

Rebound Hospitality COO Todd Byhre said the fire has been traced to a food smoker at Smoqehouse.

Byhre said he hoped the fire caused no structural damage, noting it came after months after renovations to public spaces within the Archer House and revenue losses caused by COVID-19. Renovation was also ongoing on the Tavern of Northfield after a June 2019 kitchen fire at Chapati caused extensive water damage to the downstairs space. The Tavern of Northfield had been pegged for a January/February reopening. Byhre said the Archer House is a staple within downtown, adding he was thankful that no one was seriously injured and the inn was empty at the time.

"It's an icon," he said of the Archer House.

Smoqehouse employees and sisters Marta and Tove Sorenson were heading to work when they saw the fire.

"It's just creepy to see," Marta said of the fire.

Faribault, Lonsdale, Farmington, Randolph and Hampton fire departments have assisted on scene. To Franek, the massive fire and the relatively small size of the Northfield Area Fire and Rescue Services necessitated the help of other fire departments.

“I feel proud of our group of firefighters and how long and hard they’ve worked,” Franek said of Northfield and neighboring fire crews. “I thank them from the bottom of my heart.”

The area around the building is closed to vehicle and pedestrian traffic for safety concerns. Division Street remains closed from Second Street to Fourth Street.

NAFRS is expected to release more information once the fire is extinguished.

The hotel opened Aug. 23, 1877 with 50 rooms and underwent a series of ownership changes before Dallas Haas purchased the building in 1981. The hotel was known as Stewart Hotel when Haas bought it but had previously been known as the Ball Hotel and as the Manawa Hotel.

Haas poured considerable time and money into revitalizing the building and brought retail shops and restaurants into the space. Fifteen tons of brick on the third floor alone were removed, according to the Northfield News archives. But after he died in 1995 due to a heart attack in the Archer House, the hotel’s future wasn’t clear.

A group of investors stepped forward to purchase the hotel and keep it vibrant. That group included Rebound Enterprises CEO Brett Reese, who continues to head the parent company of the Archer House.

“It’s such an important asset to the community, to the downtown,” Reese said in July 2017. “It’s a pillar of the downtown. It brings people here to spend their money. It’s an economic driver. It’s an icon. We wanted to try to carry it on.”

FROM THE ARCHIVES: Maggie digs up more history on the Archer House

After the late Dallas Haas bought what's now known as the Archer House and extensively remodeled the hotel in 1981, he decided to return to th…

The Archer House and 54 other building were listed on the National Register of Historic Places in June 1979 as part of the Northfield Historic District. It and Division Street's Nutting Block are described as pivotal buildings in the 1978 submission.

According to the document, Archer House is described as follows:

"The Archer House is a four-story, buff brick structure with two three-story brick wings. The original hotel, built in 1877 in the French Second Empire style with mansard roofs, has a heavily bracketed cornice and arched dormer windows. Paired windows with hoods appear over the main entrance. In 1895 a flat-roofed, three-story wing was erected on the north side of the original hotel. It has no mansard roof, although the cornice is bracketed and the window openings are treated in the same manner. The buff brick on the front and two sides has been painted in recent years and wooden fire escapes have been added at both ends."