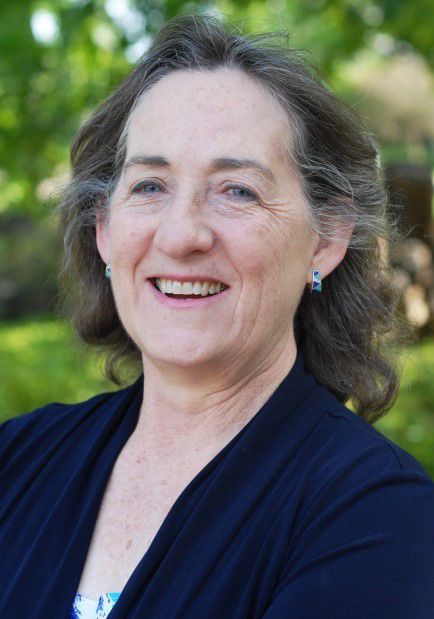 Reducing the use of fossil fuel and emissions, no matter where you stand on climate change, is everyone’s responsibility. And while not every change will be monumental, each of us — including local governments — need to take steps to reduce dependence on fossil fuels.

That’s was Kathleen Doran-Norton and Janet Petri’s message to the Rice County Board of Commissioners Oct. 1. They’re members of the local Citizens’ Climate Lobby, an international, non-partisan grassroots organization that focuses on national policies that address climate change.

But while the local group, which includes Democrats and Republicans, works for change in Washington, it wants to ensure it’s not neglecting things area residents — and now governments — can do to cut the use of non-renewable fossils fuels.

Doran-Norton, who served 12 years on the Bridgewater Township board, pointed to the number of severe rain events the region has seen in the last few years: taking particular note of three 100-year floods since 2012 and the impact they’ve had on area creeks and streams, farmland and residents.

These rain events have been caused, she said, by a 1-degree increase in temperature since 1895.

“We’ll have to put a sign out ‘Welcome to Kansas City,” she said, referencing a report saying that Minneapolis weather will soon be more like that of Kansas City. “I want Minnesota to stay Minnesota. I want Kansas City to stay Kansas City.”

And while she noted that “we ought to do something,” that something is more than just installing solar arrays.

Doran-Norton and Petri suggested the county conduct an energy audit to see if there are small, inexpensive changes the county can do to reduce its energy footprint. Something as simple as replacing light bulbs could save money and energy, they said.

They also asked the board to consider electric vehicles, which reduce emissions and fuel consumption, where appropriate, and reforestation of county lands, and suggested that the county’s larger cities could work with smaller ones in helping them create a clean energy plan.

While the board hasn’t incorporated these ideas into public discussion, Commissioner Galen Malecha suggested that Citizens’ Climate Lobby’s possible solutions need to be considered by county officials.

Malecha’s not the only elected official hearing the calls for action.

Earlier this year, the Republican-controlled Senate opposed a plan by Gov. Tim Walz and DFL House leaders to require utilities to generate all their power from carbon-free sources by 2050. Last month, the governor proposed new rules that would reduce tailpipe emissions in the Minnesota, which he says could benefit public health and address climate change.

If approved, Minnesota could become the first state in the Midwest to adopt California’s standards for low- and zero-emission vehicles. Thirteen other states have already adopted the rules.

“To change everything,” Doran-Norton said, “we need everyone, everywhere.”

The Rice County Board of Commissioners last month approved a preliminary 2020 property tax levy 7.4% higher than the one OK’d in 2019.

If that levy isn’t reduced before approval in December, it would bring in an additional $1.97 million in to county coffers. By law, the levy cannot increase after preliminary approval.

And while that change appears significant — and higher than commissioners felt comfortable with — the corresponding tax rate is slightly less than the current one.

County Finance Director Paula O’Connell not only told the board that reserves look to be adequate in the general fund, Highway Department and Social Services, she felt that the average property owner would see a decrease in their 2020 Rice County tax bill.