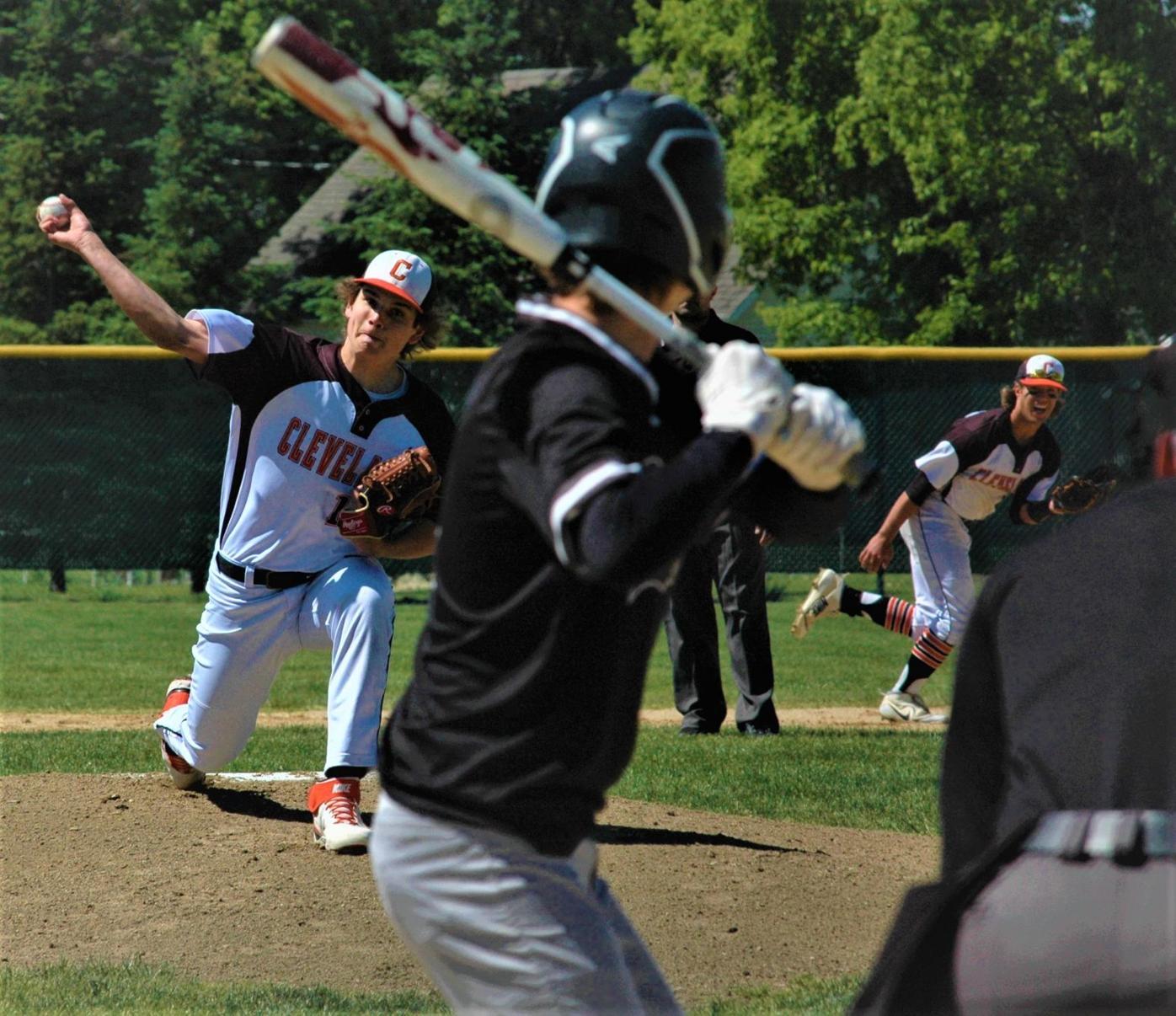 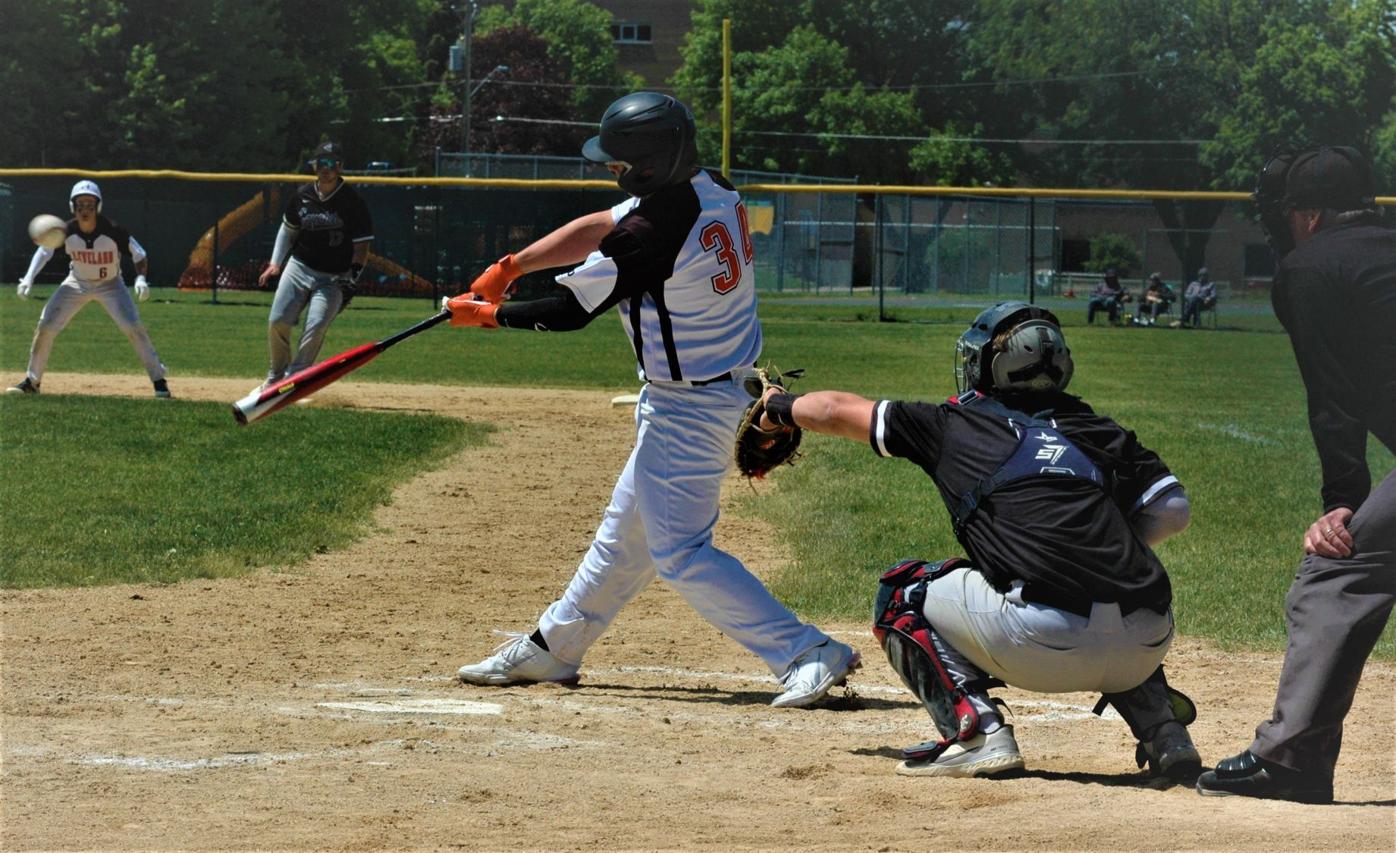 Cleveland junior left fielder Tanyon Hoheisel fouls off a pitch with two runners on in the bottom of the seventh inning. Jackson Meyer, who drove in a run in the inning with a single, leads off first base. (Pat Beck/southernminn.com) 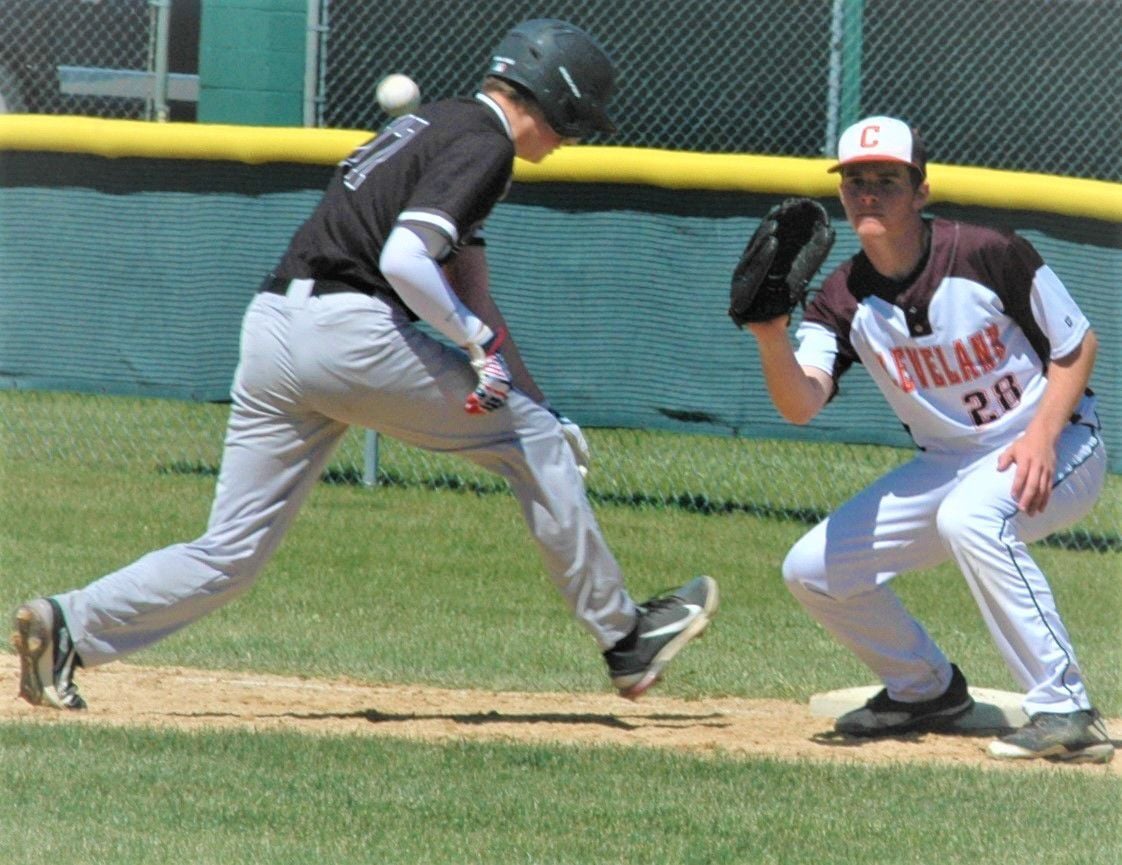 Cleveland junior left fielder Tanyon Hoheisel fouls off a pitch with two runners on in the bottom of the seventh inning. Jackson Meyer, who drove in a run in the inning with a single, leads off first base. (Pat Beck/southernminn.com)

In a game with two contrasting yet effective starting pitchers, Heron Lake-Okabena/Fulda lefthander Eli Fest won a duel with Cleveland righthander Lucas Walecha 6-1 in the first round of the single-elimination Section 2A baseball playoffs Saturday at Cleveland

Fest, who displayed a hard-throwing fastball as well as a good curveball, struck out 14 and allowed only five hits and one earned run in 6⅔ innings pitched to earn the victory.

Walechka, who threw a variety of breaking balls and change-ups that kept the Coyotes off balance, finished with six strikeouts, eight hits, one walk and five runs (three earned) in 5⅔ innings pitched to pick up the loss.

The game was scoreless through five innings.

The No. 9 seeded Coyotes (9-9) threatened to score in the first three innings with four hits but left four runners stranded. Walechka pitched well with runners on base.

After Walechka sent down the Coyotes 1-2-3 in the fourth and fifth innings, HLOF erupted for five runs in the sixth on four hits, a walk, a hit by pitch and an error.

Reliever Carter Dylla, who started at shortstop, moved to the mound with the bases loaded and two out in the sixth. A throwing error to first scored two unearned runs, and Dylla got the final out of the inning with a strikeout.

The Coyotes upped their lead to 6-0 with a run in the seventh on a walk, two wild pitches and a sacrifice fly. Dylla allowed one run on no hits and two walks, while striking out three in 1⅓ innings pitched.

The Clippers finally scored in the bottom of the seventh inning. Second baseman Alex McCabe led off by getting hit by a pitch. Walechka singled to center to put runners on first and third. Catcher Jackson Meyer drove in McCabe with a single to right. Centerfielder/third baseman Kaleb Timm walked to load the bases with two outs, but reliever Tyson Cotter got the last batter on a fly out to right field.

First-baseman/center fielder Colin Krenik, who reached on an infield hit, and Timlin, who beat out a bunt single, had the other two hits for Cleveland.

The Clippers, who finish the season with an 9-8 overall record and 5-3 and third in the Valley Conference, graduate just two seniors: McCabe and third baseman Elijah Sullivan.