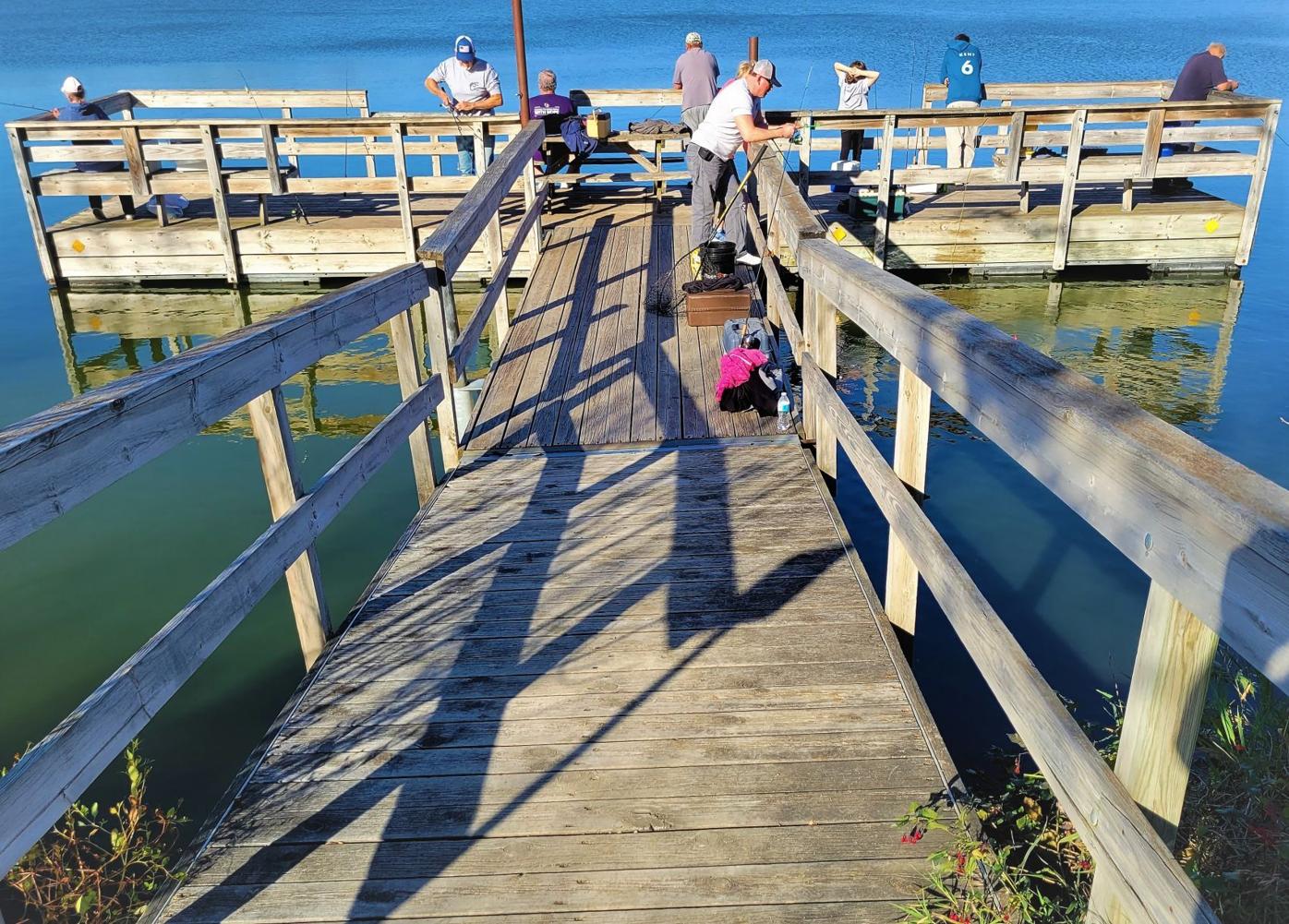 With crappies, sunfish, bullheads and largemouth bass biting, a group of anglers gather on The German-Jefferson Sportsmen’s Club fishing pier on West Lake Jefferson on a sunny, 70-degree afternoon Oct. 18. The spot provides good fishing opportunities in deep water that drops down to 10 to 15 feet, depending on the lake level. The lake is down a few feet this year with less rain. (Pat Beck/southernminn.com) 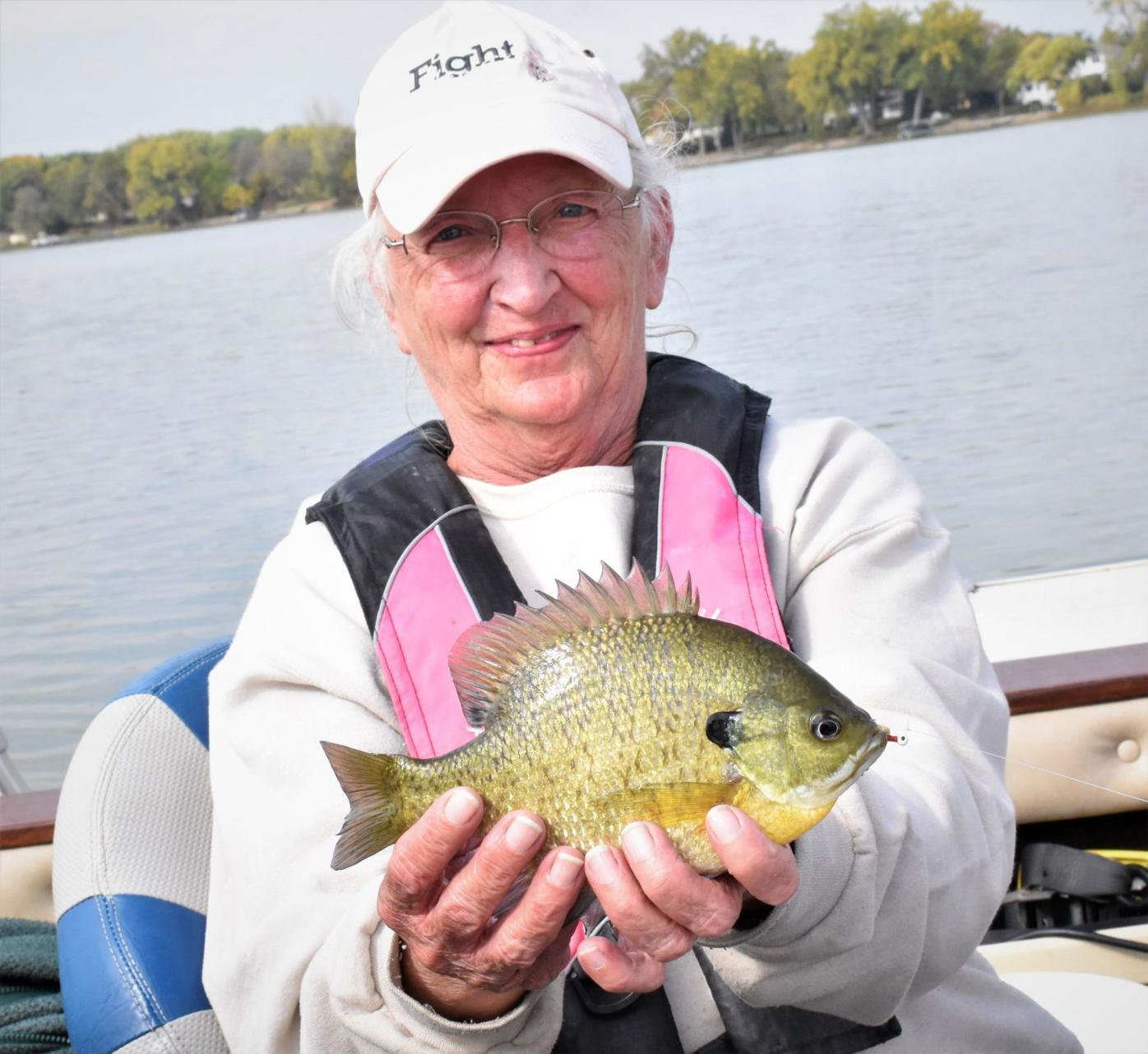 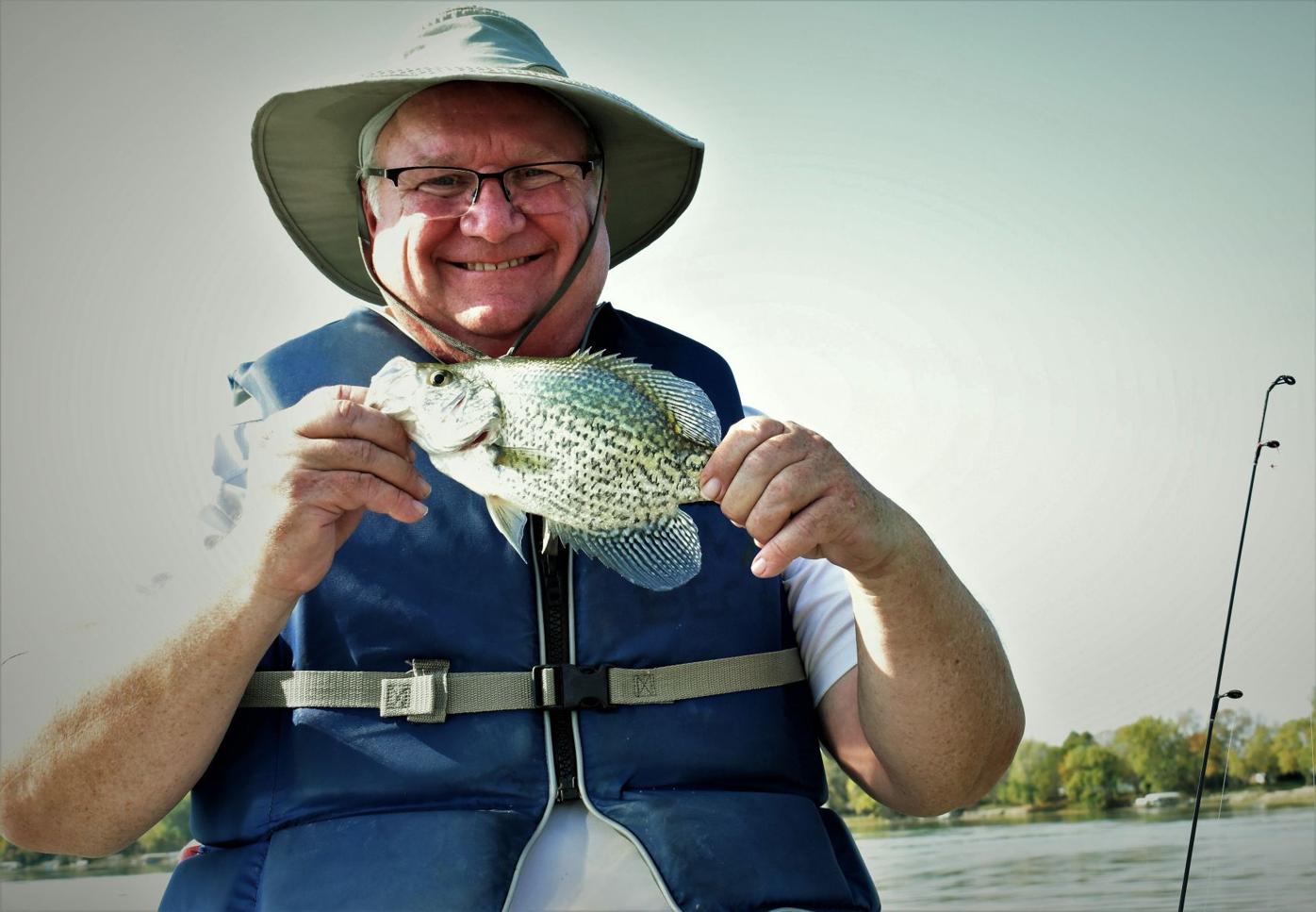 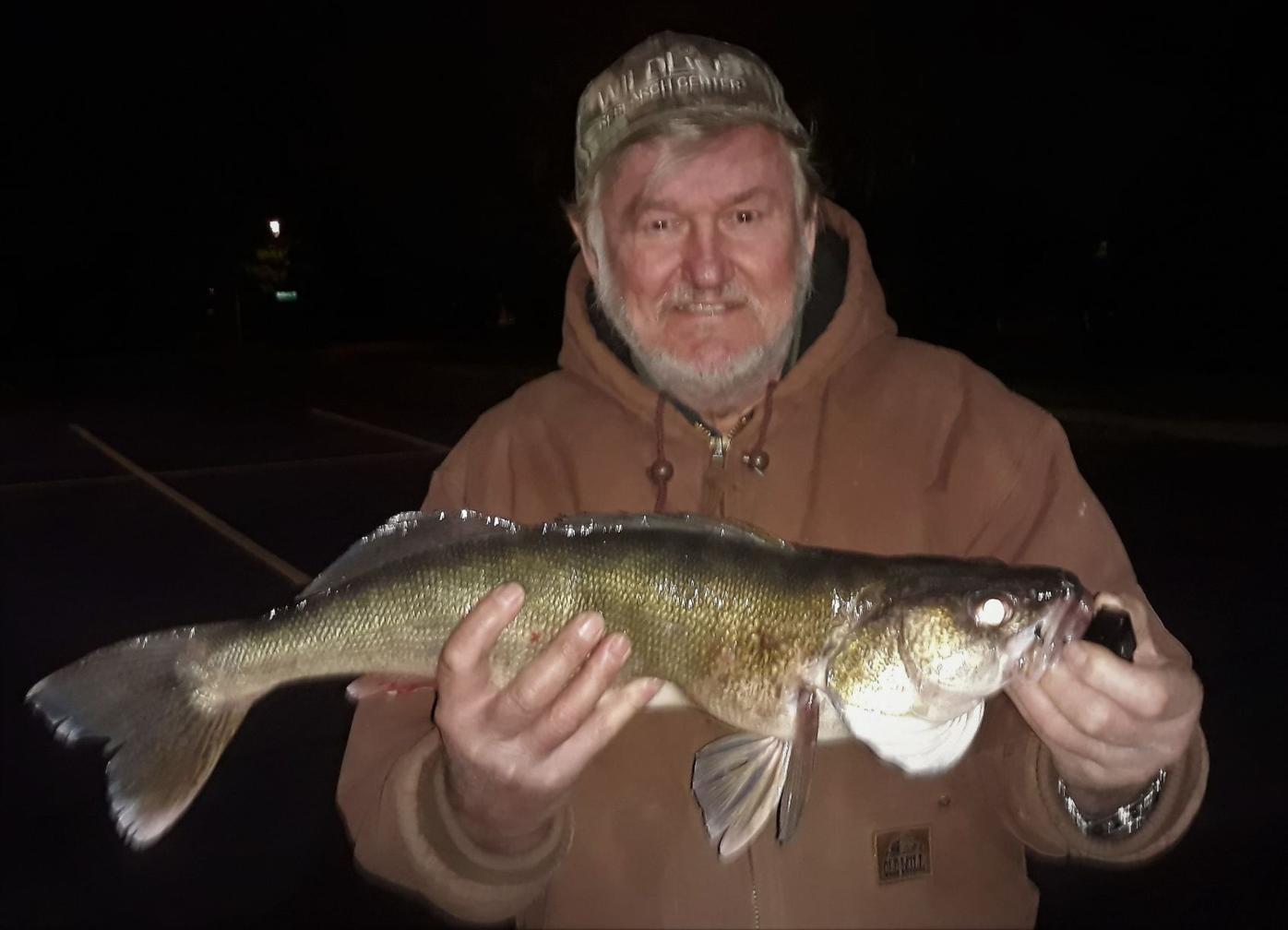 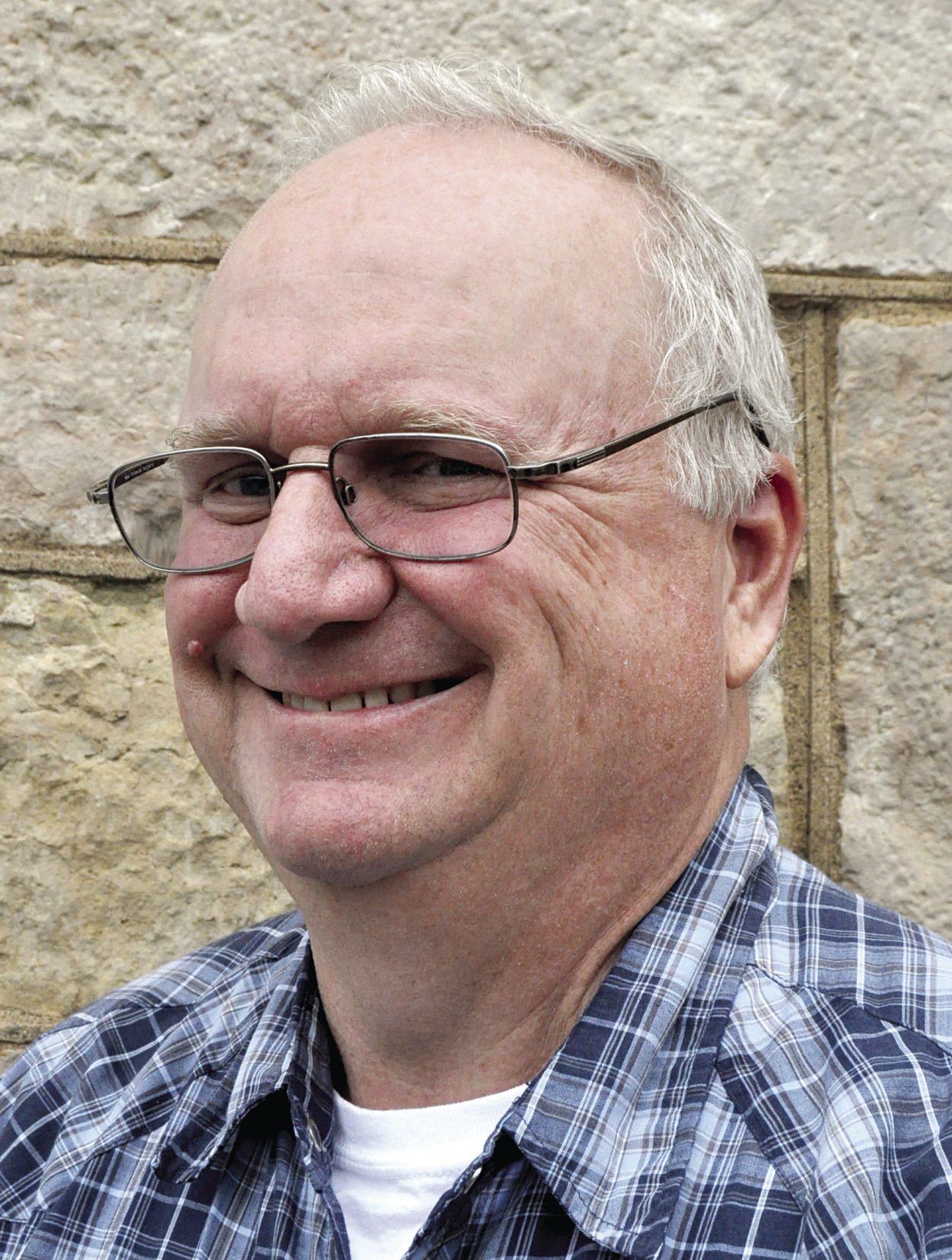 With crappies, sunfish, bullheads and largemouth bass biting, a group of anglers gather on The German-Jefferson Sportsmen’s Club fishing pier on West Lake Jefferson on a sunny, 70-degree afternoon Oct. 18. The spot provides good fishing opportunities in deep water that drops down to 10 to 15 feet, depending on the lake level. The lake is down a few feet this year with less rain. (Pat Beck/southernminn.com)

Making the rounds this October at a number of lakes in Southern Minnesota, we had some ups and downs fishing.

Our goal is to catch fish.

Our ultimate goal is to catch fish big enough to eat.

In our case, that usually means crappies and sunfish with a few walleyes and/or big perch sprinkled in.

On our first stop, my sister, Nancy, and brother-in-law, David Ross of Coon Rapids, brought their boat down to Lake Washington in Kasota to fish with me. Lake Washington produced us 11 keeper sunfish, ranging from 8 to 9 inches long, plus two crappies 10 to 11 inches.

First, we tried to catch walleyes at Second Point, the reported hot spot.

I met a couple of fishermen at the Westwood Marina boat access who came in with a walleye each, one of which was 23 inches long. Another angler just caught a crappie at Squirrel's Nest Point.

We saw another angler catch a walleye at Second Point. But we did not catch one. Dave caught a 10-inch crappie and some small sheepshead also know as drum.

After about an hour of trolling for walleyes, we went back to our longtime sunfish hot spot, the back side of grassy island, which drops down to 10 feet.

Anchored there and fishing with wax worms, night crawlers and minnows, we started catching sunfish almost right away and kept 11 sunfish from 8 to 9 inches long. We released many more small sunnies. I also caught an 11-inch crappie on a wax worm and a white jig.

With enough to eat, we headed home.

On the next stop, Denny Booren, of St. Peter, took me out in his boat on German Lake, where he had success catching nice crappies and sunfish a few days earlier.  We ended up keeping eight crappies in the 9 to 11 inch range off the rocky point near the island.

Then I tried shorefishing at a few area lakes.

I tried below the bridge between Cannon and Wells lakes in Faribault. Reports said walleye were biting.

I didn't catch a walleye, but I caught a number of small sunfish, plus a crappie, perch and bass, none big enough to keep. I lost one bigger fish that I think was a walleye. I didn't have any minnows, so I used Gulp minnows waxies and night crawlers.

I hit another typically good fall fishing hot spot next, Lake Crystal, where walleyes and perch were biting. I caught a 13-inch walleye and two, 10-inch crappies on the late afternoon.

Other anglers landed a walleye or two each, and some caught many perch and small bullheads.

I decided to venture farther south to Lake Hanska, near New Ulm, where big perch, up to 10 inches long, were biting readily, along with small 6-inch walleyes. I kept a half dozen perch, plus a bonus 9-inch sunfish and two, 9-inch crappies.

I also hit the fishing pier on West Lake Jefferson with Glen O'Connor, of Cleveland. The crappies and sunnies were biting pretty steady, and we kept 15 crappies in the 8-9 inch range, along with a couple of small sunfish.

Hoping to strike gold again on German, I headed back there with Nancy and David later in the month without catching any keepers on a windy morning.

So we pulled the boat out of the lake and figured they'd still be biting on the West Jefferson fishing pier, so we headed there that afternoon to avoid the wind. After a brief lull, the crappies and sunnies started biting. Most were too small to keep, but we kept seven, 8-9 inch crappies and a 7-inch sunfish in a few hours of fishing.

I made another trek back to Lake Crystal with Pastor Dave Johnson, of Calvary Baptist Church in St. Peter, to try and catch some walleyes and possible northerns, which sometimes bite there.

Pastor Dave turned out to be the hot walleye fisherman, catching three.

After I lost the first one breaking my 3-pound line while reeling in, Pastor Dave caught a pair of 15-inchers on fat head minnows.

But the biggest fish was yet to come. Pastor Dave hooked into a big one that gave him a good fight, swimming back and forth and under the fishing pier before a friend landed the 24-inch, 5.5 pound walleye in a big net. While we didn't catch a northern, a fisherman on the other end of the fishing pier did. It looked 30-inches long or more.

A few days later, I caught a 32-inch northern from shore at Lake Crystal. While I'm not a fan of eating northern from the fry pan, I like them pickled.

Fish typically turn on and bite well in the fall when the water cools, often they are good sized. So we still are hoping to land more nice ones before the lakes freeze.