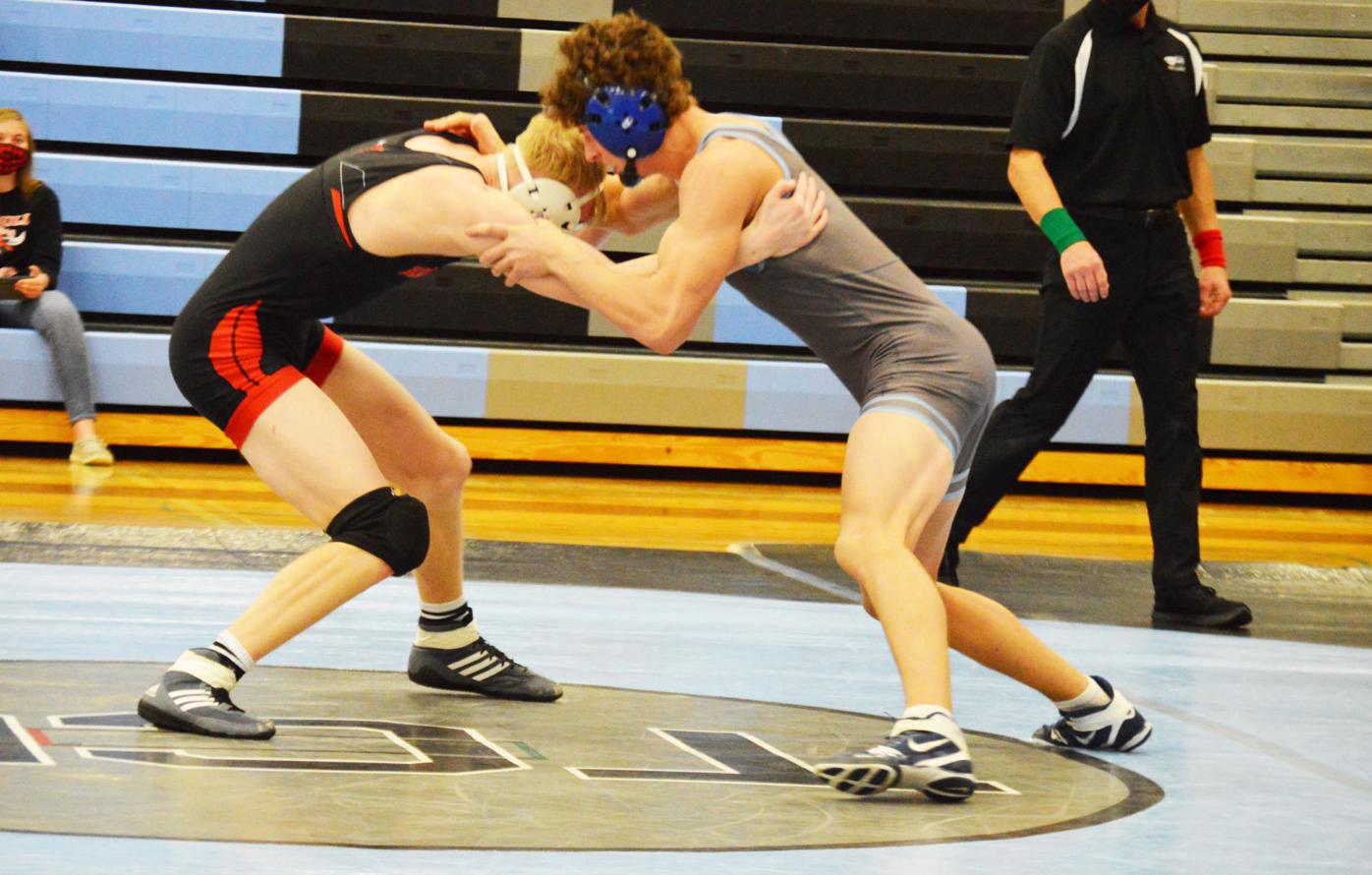 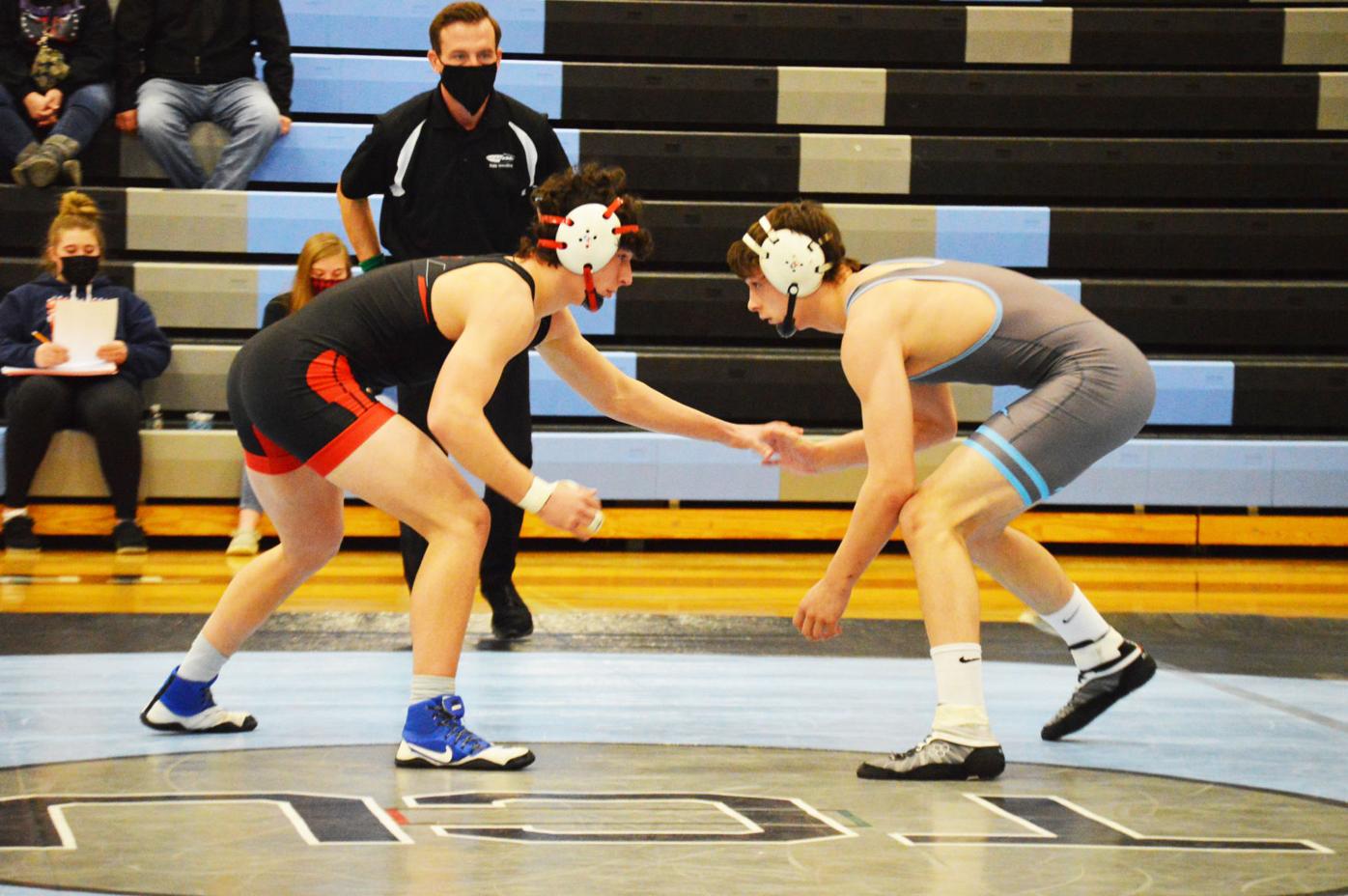 The Tri-City United Wrestling team has been on a roll this season. Their 17-4 record has propelled them to just shy of the top ten in Class AA.

But the Titans had their work cut out for them on Saturday when facing the third-ranked team in the class: Fairmont-Martin County West. Though the Titans had a promising start, FMCW ended the meet with more individual wins in their corner, defeating TCU overall 45-26.

The meet began with wrestler Ayden Balma adding another win to his 13-6 record. The eighth grader collected a swift victory, pinning his opponent in 2:43. Chris Johnson took home another win for the Titans in the next match with a 9-0 major decision. The victory bumped Johnson into the second-ranking scorer on the team with a total of 79 points.

But the Titans’ early 10-0 lead was dashed by FMCW. The opposition collected six consecutive wins including four falls, catapulting FMCW into a 31-10 lead. Caden O’Malley finally put a stop to Fairmont’s gains in a drawn out match, ending with O’Malley pinning his opponent in 4:54. With 70 total points and a 14-6 record, O’Malley ranks fifth among the Titans in scoring.

Fairmont took the next match in a 7-3 decision, but Brody Rud followed with a boost for the Titans. With a 12-4 major decision victory, Rud added to his 15-5 record, placing him fifth in the AA 182 weight class.

Though the Titans were gaining, FMCW continued to add to their score and with three rounds left, TCU would need to win all three matches with technical falls or better. FMCW cut off that long-shot path to victory in the next round with a 15-0 technical fall. Riley O’Malley earned the Titans a forfeit victory, but TCU fell in the final round.