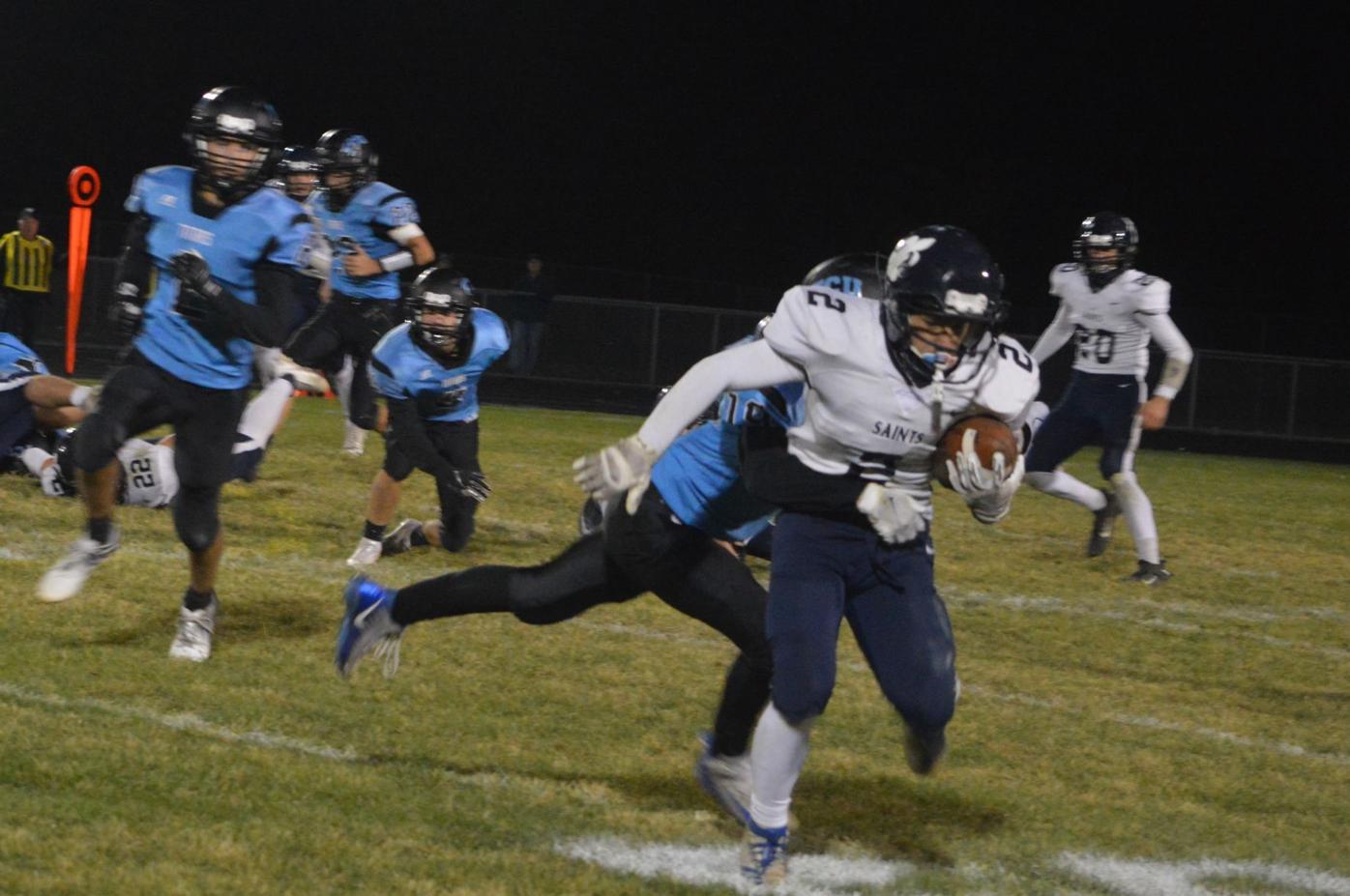 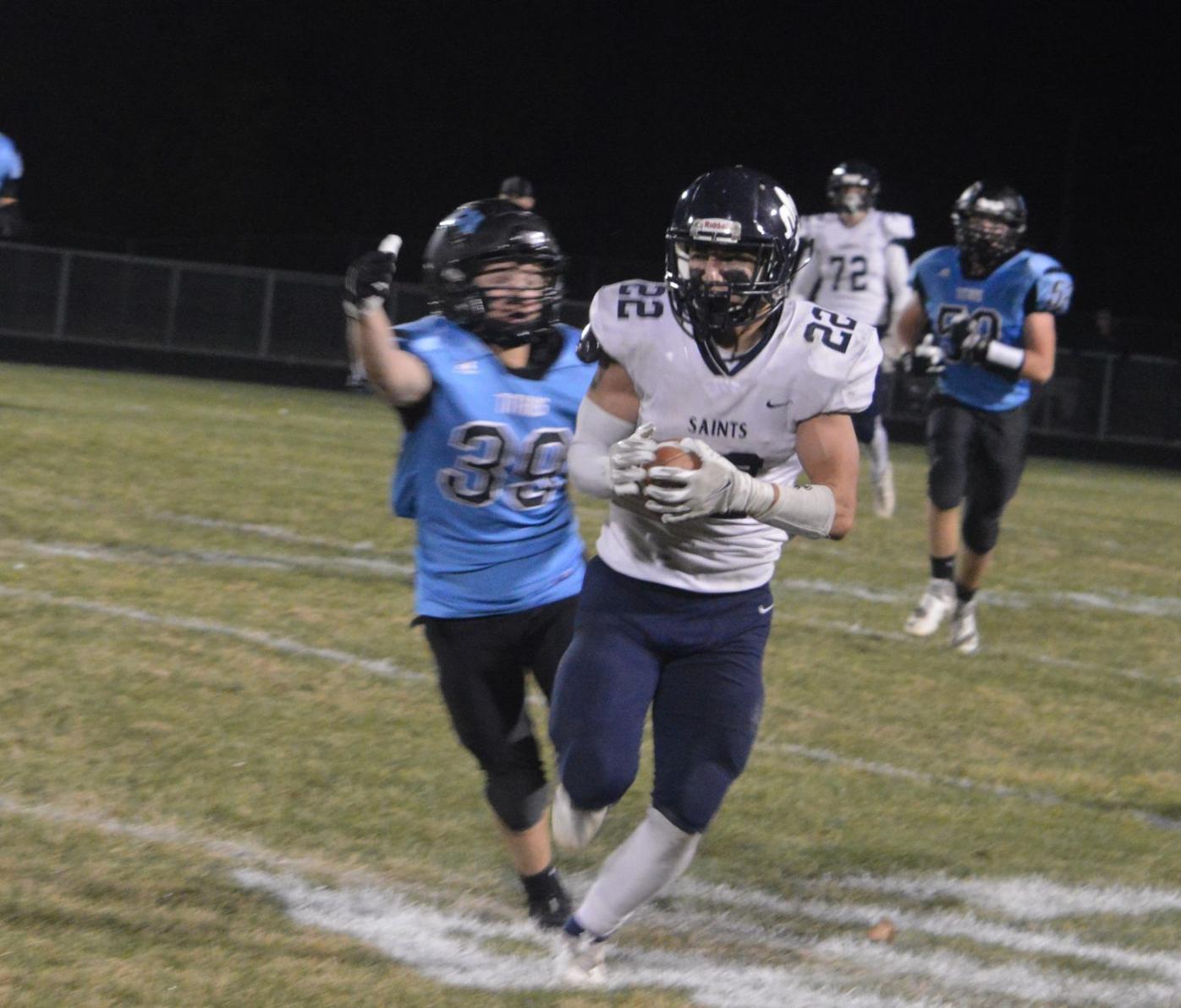 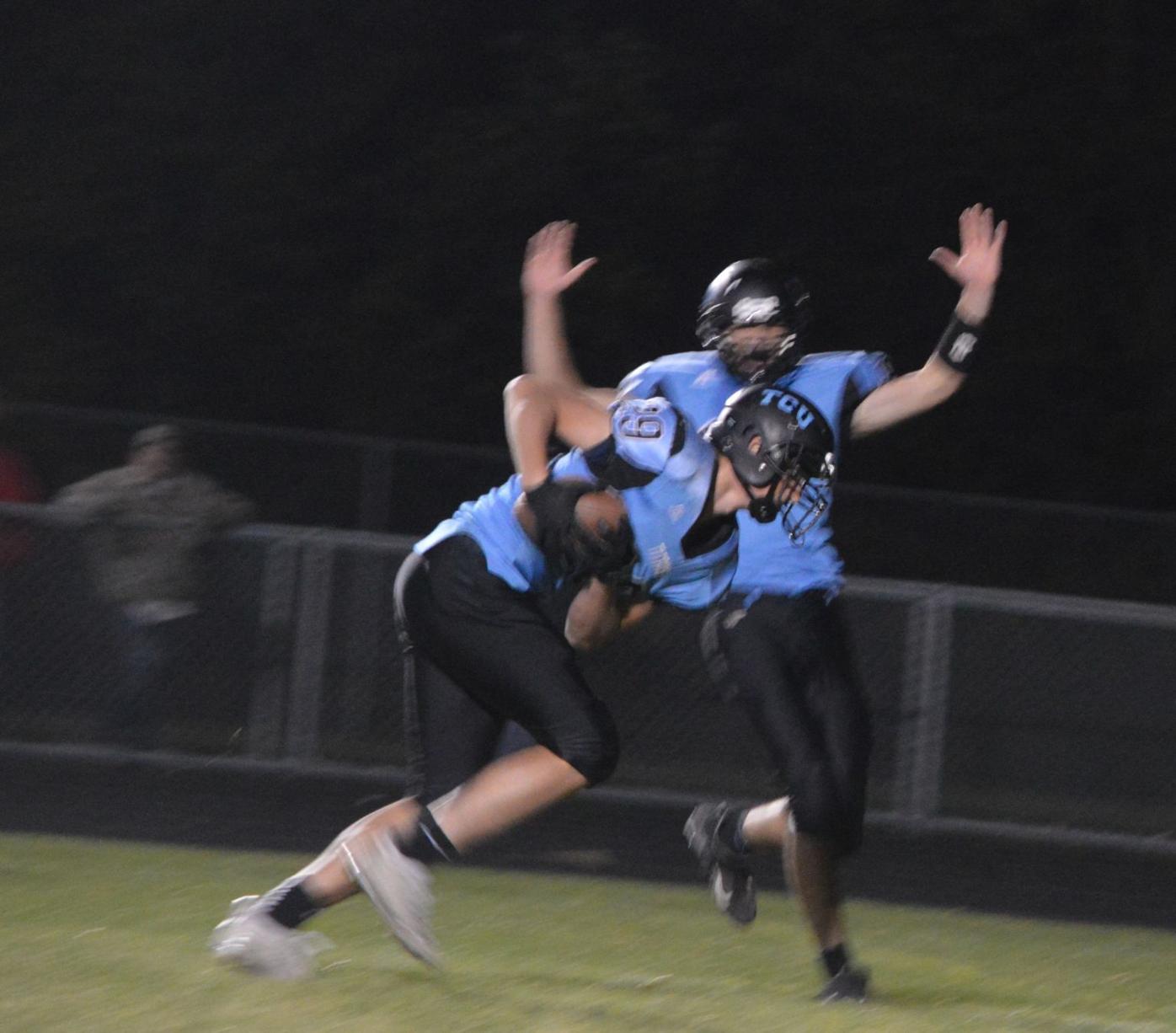 Like any other team, the Tri-City United football team cheers and gets rowdy after winning a game. Coach Matt Collins typically settles the players down, shares his thoughts and reminds his Titans (5-2) to not get overconfident when they head into next week. But after their 22-6 victory over St. Peter (4-3) Friday, Collins approached the team and jumped up and down with the rest of them.

The Saints were the best team the Titans played all season, Collins said. Both the Titans and the Saints held 4-2 records going into the game, and St. Peter was coming off convincing wins against Marshall (44-18) and Jordan (42-7) in the past two weeks.

“Anytime you get a matchup like that, it takes a special effort to win, so I‘m really proud of our team and the effort we played with tonight,” Collins said.

Both teams were a strong match for one another, making for one of the tightest games of the season.

The Saints pressured the Titans with a series of aggressive plays. In their opening play of the first quarter, the Saints scored on a near 70-yard run into TCU’s territory to lead 6-0.

To withstand St. Peter’s intensity, the Titans needed to rally their defense line. The defense was key to TCU’s victory, buying enough time for the Titans to score while heading off the Saints’ drives toward the end zone.

The Titans eventually built up a slim lead over the Saints. Carter O’Malley ran TCU’s first touchdown in and the Titans racked up another six points from a receiving touchdown thrown by Henry Schendel and caught by Adam Henze.

Standing at 14-6, the Titans held an insecure lead into the fourth quarter and St. Peter posed a credible threat to tie up the game. Toward the end of the quarter, the Saints cut off the Titans’ play for a touchdown and knocked the ball out of TCU’s hands. St. Peter looked to take advantage of the few minutes left on the clock and rushed the ball into TCU territory.

St. Peter reached the 20-yard line, but the Titans’ defense prevented them from penetrating further. Each attempt at a run was quickly ended in a tackle and TCU swatted away the Saints’ throws. The Titans’ performance paid off and they took possession of the ball.

But the Titans were still walking on thin ice. If the Saints wrestled back the ball they wouldn’t have to travel far to tie up the game. TCU’s goal was simply to get a first down and count on that being enough to hold back St, Peter for the remaining two minutes.

Carter O’Malley gave the Titans something much better than a first down. Taking the ball from Henry Schendel, O’Malley ran 69 yards and brought the Titans within 10 Yards of the endzone. In an unexpected reversal of fortune, TCU not only held off the Saints, but sophomore tight end Reggie Vosejpka scored with just 26 seconds on the clock. With the bonus of a two point conversion, the Titans secured an insurmountable 22-6 victory.