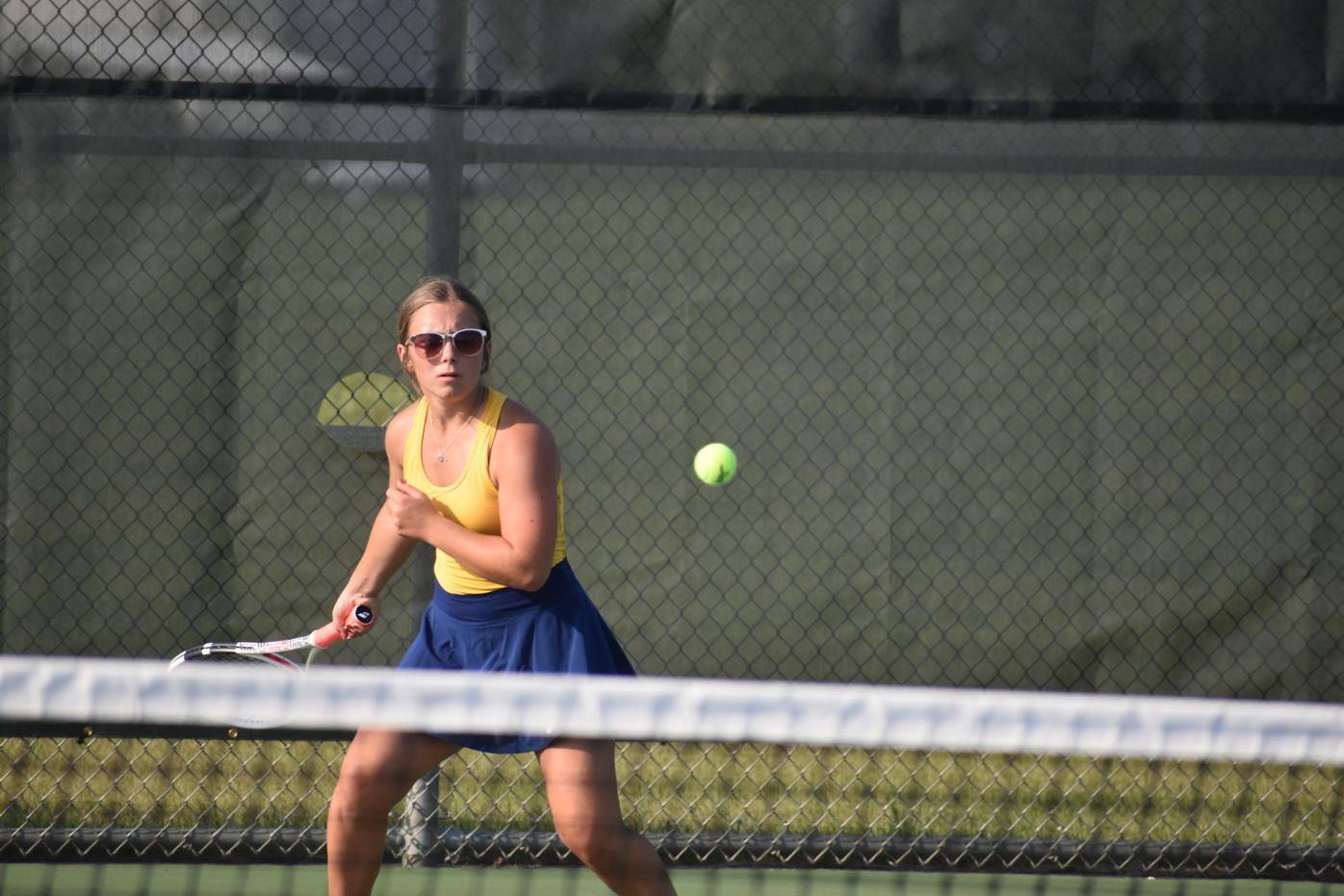 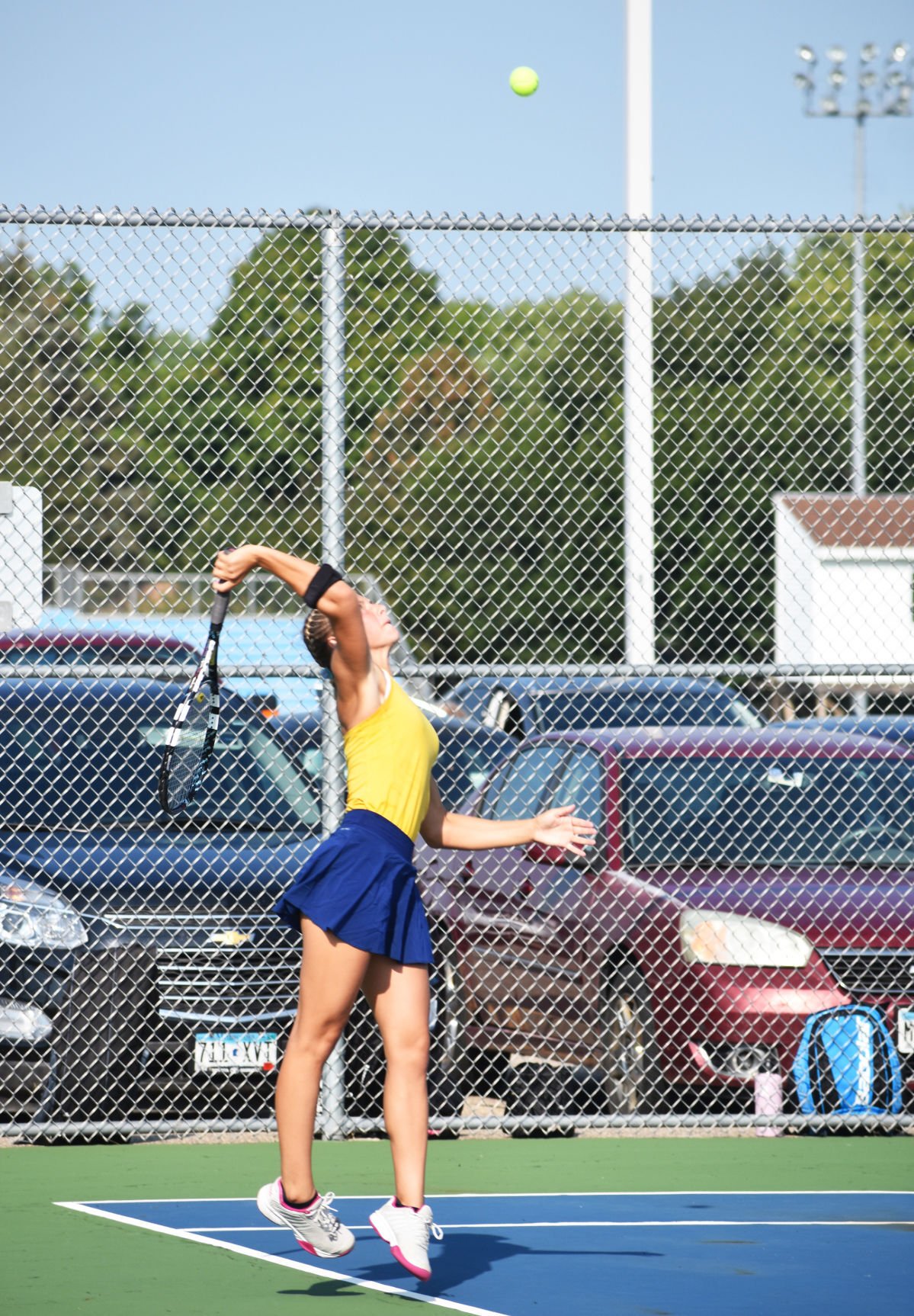 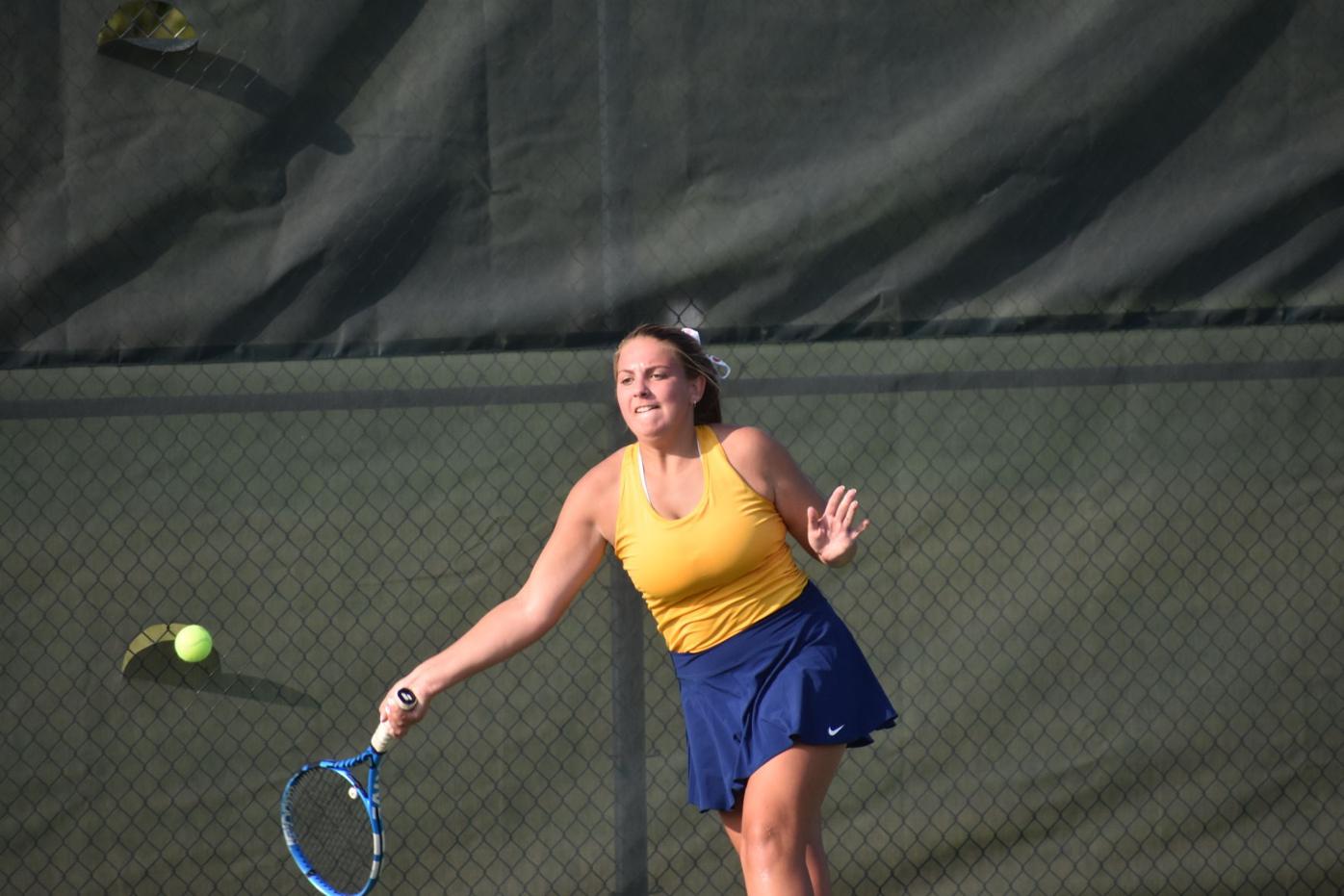 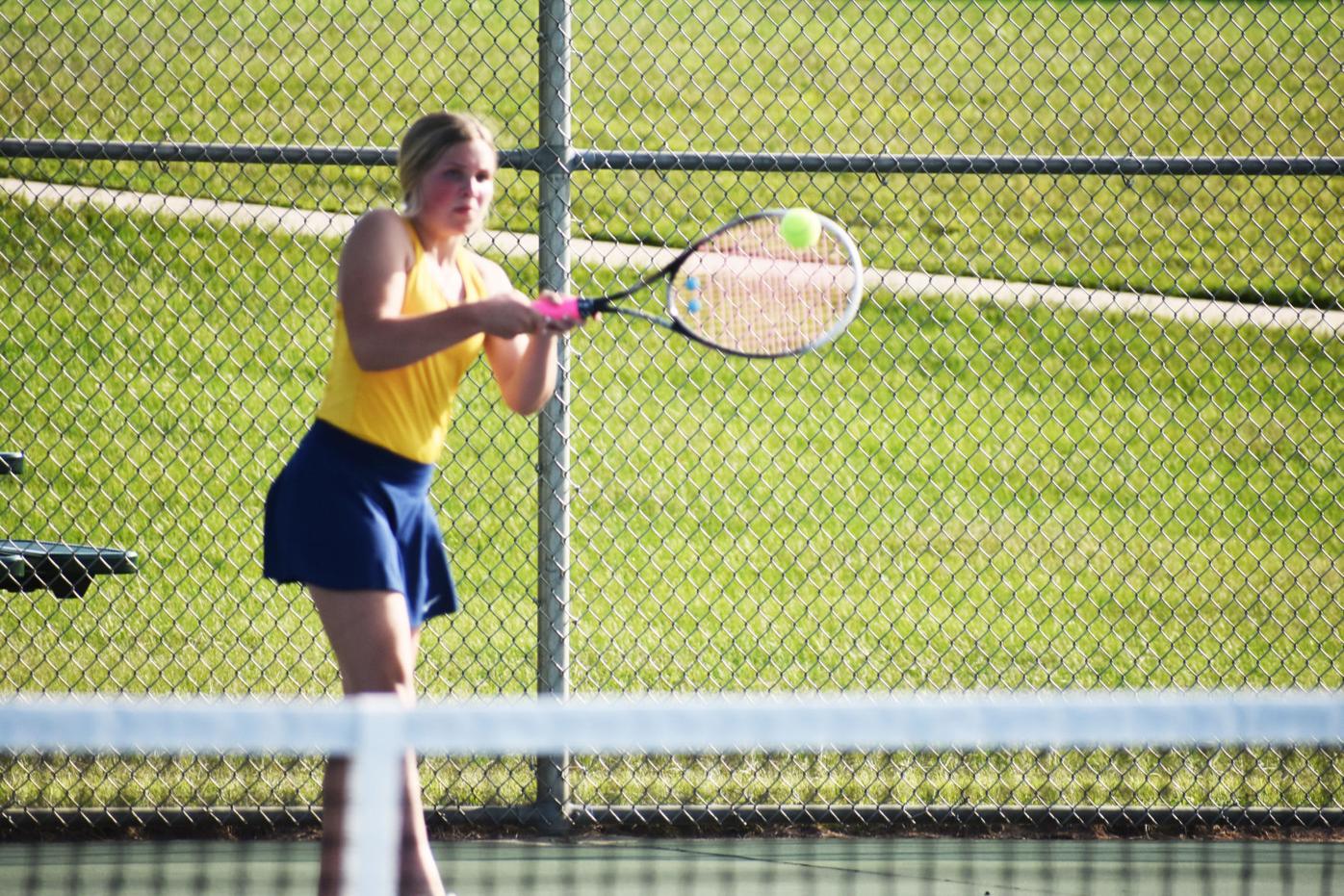 On either side of a close loss to St. Peter, the Le Sueur-Henderson Giants girls tennis team picked up a couple victories.

In a meeting with section opponent Holy Family Catholic Aug. 27, LS-H picked up a 4-3 victory. Then, on Aug. 31, the Giants picked up another victory, this time in their first conference meet of the season against United South Central, winning 6-1.

All the other wins came at doubles, where the Giants showed off their rock solid depth.

“We have been working on better doubles movement and communication and it showed in all those matches,” Seaver said.

At No. 1 doubles, Anna Pavlov and Mia Schwarz defeated their opponents 6-2, 6-1.

“Mia and Anna moved up to the net together and dominated net play with strong volleys,” Seaver said. “They saw the court well and kept their opponents on defense.”

“Darbi and Ella did an excellent job only allowing their opponents one game,” Seaver said. “Ella had strong ground strokes, and Darbi played very well at the net.”

“No. 3 doubles were the last on the courts and pulled out a great third set to secure the team victory,” Seaver said. “Koreyann and Bella did a great job covering the court and they communicated very well together.”

The doubles came through again against United South Central, with the singles lineup also pitching in, as the Giants nearly sweeped their first conference outing.

“All the doubles teams were solid giving up very few games,” Seaver said. “We have been working a lot on court movement and net play, and they did a very good job.”

“Chloe has been playing very well,” Seaver said. “Her serving is strong, and today she had a good variety in her game, hitting slice, deep ground strokes, lobs and well placed volleys.”