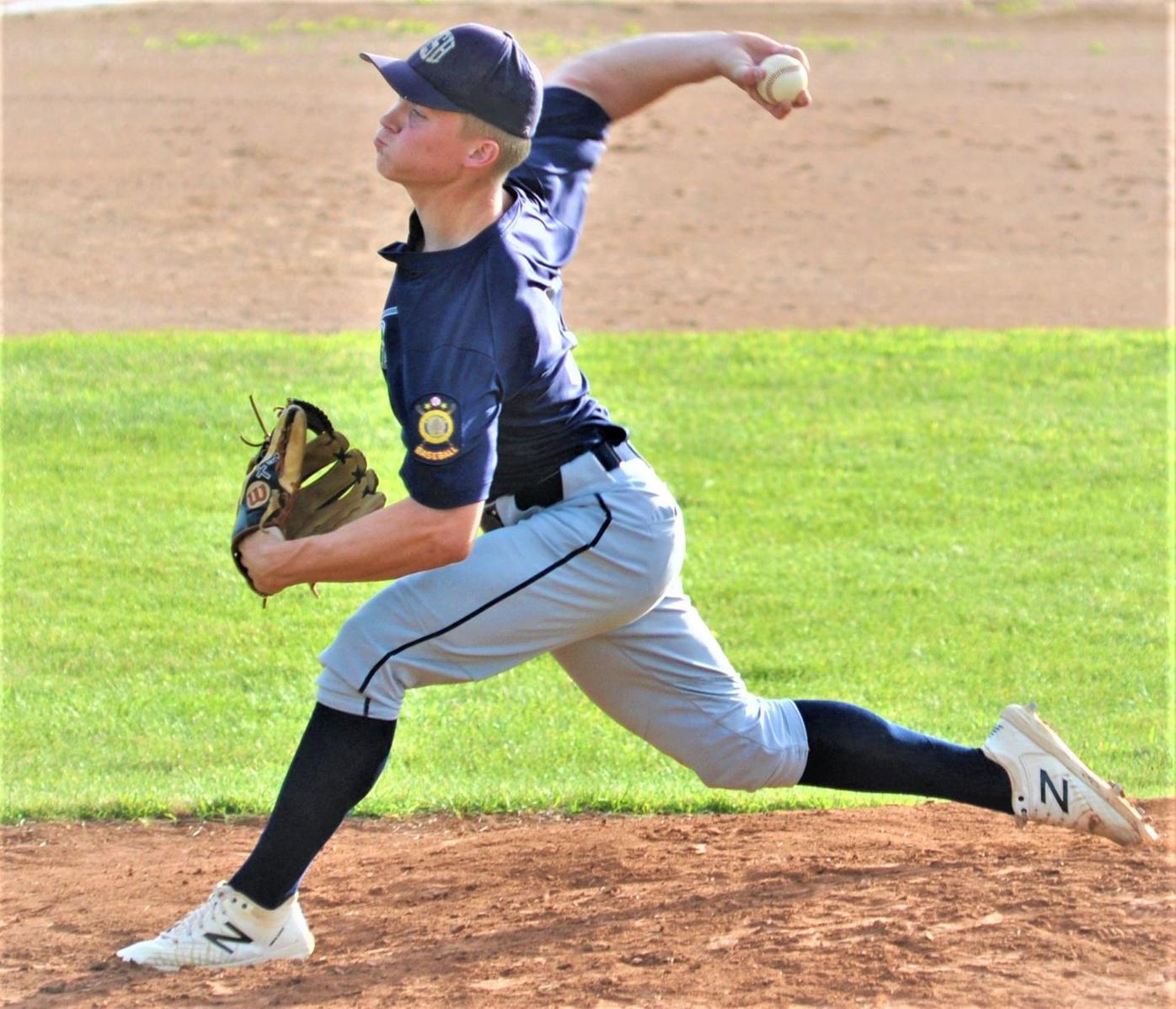 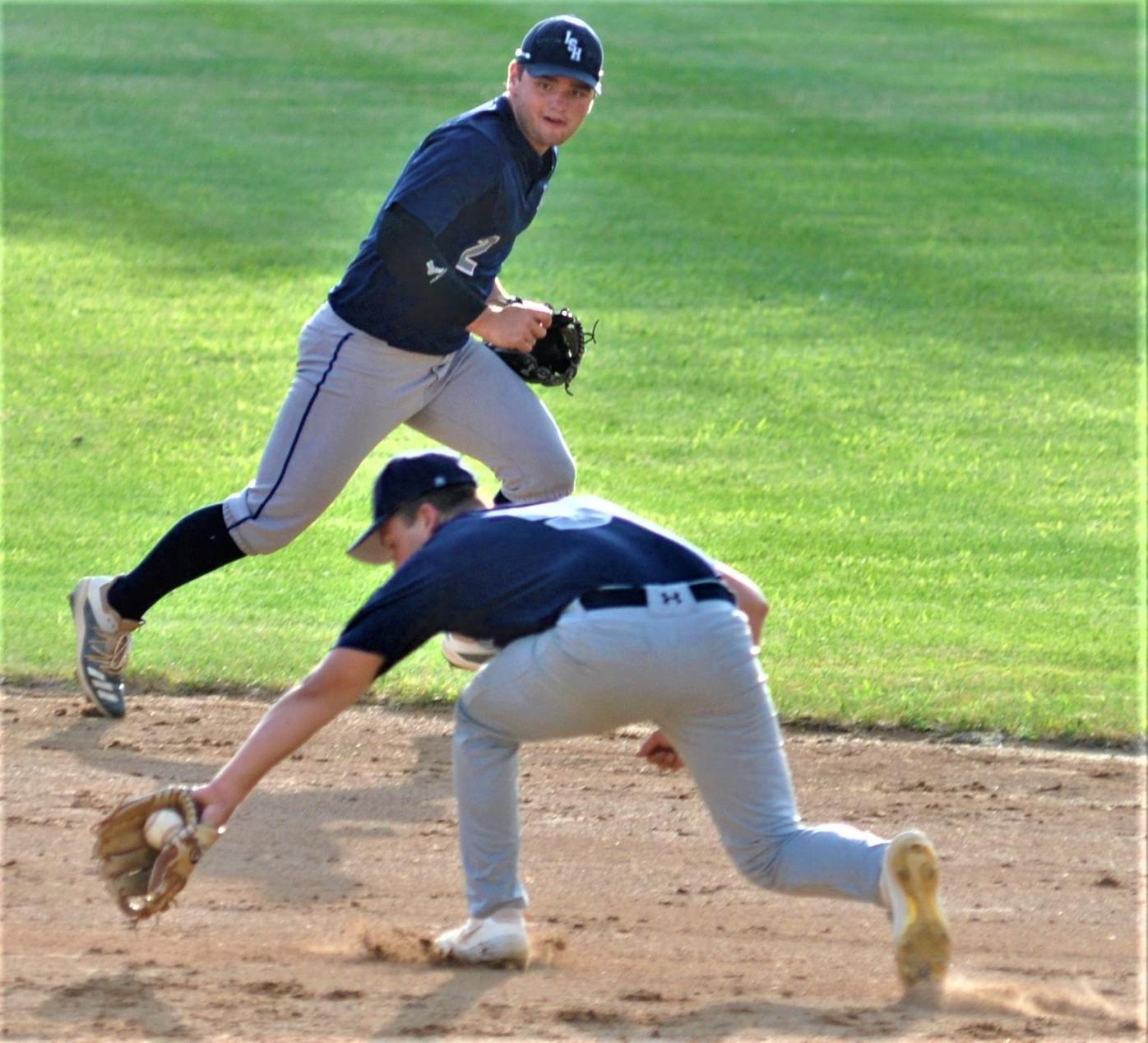 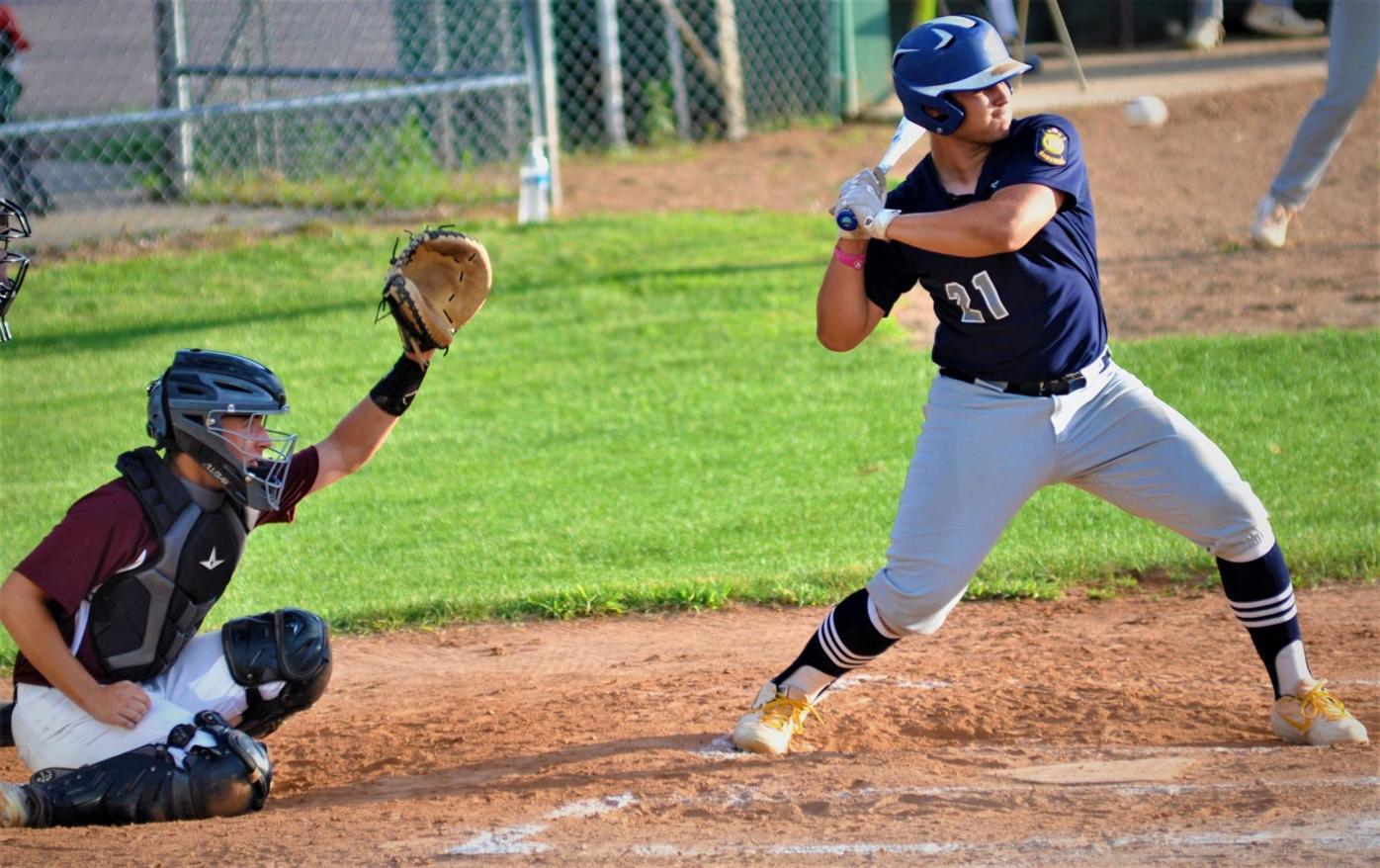 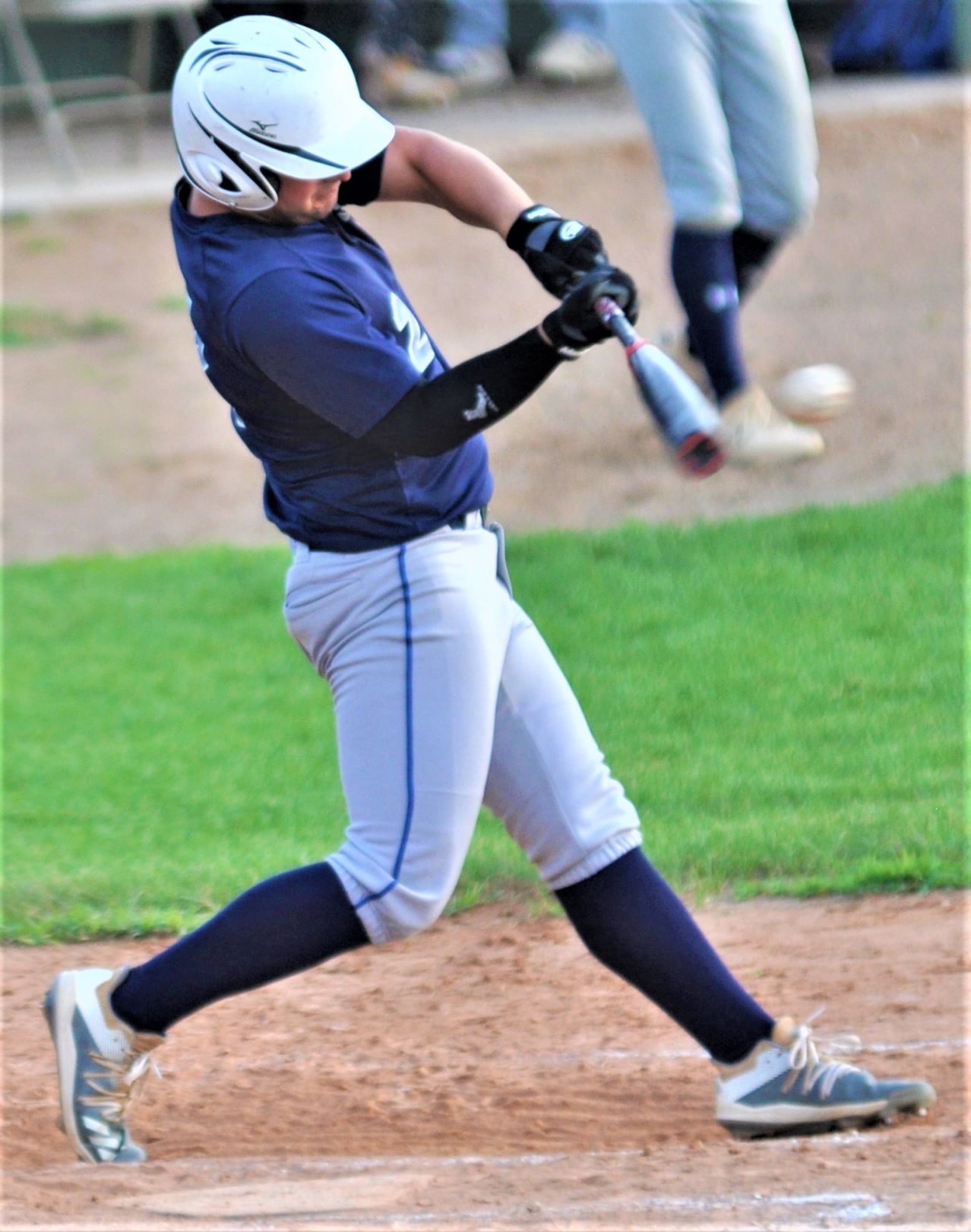 LS-H shortstop Zach Berndt gets the bat on the ball against Northfield. (Pat Beck/St. Peter Herald)

LS-H shortstop Zach Berndt gets the bat on the ball against Northfield. (Pat Beck/St. Peter Herald)

Mitch Casperson pitched a complete-game, two-hitter as the Le Sueur-Henderson U19 baseball team shut out Northfield 2-0 on Wednesday at Bruce Frank Field.

Casperson walked two and struck out seven as the Giants upped their overall record to 10-12.

“Mitch threw strikes, getting all his pitches over against a team who had not lost yet in the Metro Baseball League (Burnsville, Eastview, Rosemount, Lakeville South, Northfield standings attached),” LS-H manager Lon Berberich said. “Burke Nesbit helped him out with outstanding defense in center field. We got some timely hits led by Tom Gupton.”

Berberich said the Giants “Just have some great players with outstanding spring and summer high school and legion careers. We’re playing an aggressive, competitive top tier baseball schedule on par with anyone in the state hopefully getting guys ready for the next level.

“All nine starters either are playing or have been recruited and plan to play sports in college whether it be baseball, basketball, hockey or football. Some outstanding athletes and an example for the younger players to shoot for and have been enjoyable to coach and watch play.”

The Giants scored single runs in each of the first four innings.

In the first, Casperson led off with a walk and went to second on a wild pitch. Tristan O’Brien grounded out to second to advance Casperson to third, and he scored on an RBI single to center by Tommy Gupton.

A lead-off walk to Jordan Kahlow also led to a run in the second inning. Pinch runner Ethan Hathaway advanced to second on a wild pitch. Charlie Weick singled to left to put runners on first and third, and Aiden Gulbranson drove in Hathaway on a fielder’s choice.

In the third, Gupton led off with a double, advanced to third on a ground out by Tyler Pengilly and scored on a wild pitch.

In the fourth, Casperson led off with a triple and scored on a sacrifice fly by Zach Berndt.

Gupton finished 2 for 3 with a double, a run and an RBI.

Casperson went 1 for 2 with a triple,two walks and a run.

Pengilly and Burke Nesbit batted 1 for 3. Weick went 1 for 2 with a walk.

The playoffs begin for LS-H at 7:30 p.m. Tuesday versus Wayzata 1 at Wayzata High School. Then the Giants play Wednesday versus Stillwater/Rogers depending on win/lose time to be announced. Games also Friday and Saturday TBA-most likely all away.

Berberich said he expects “to see some outstanding players on both teams. It should be fun to watch.”