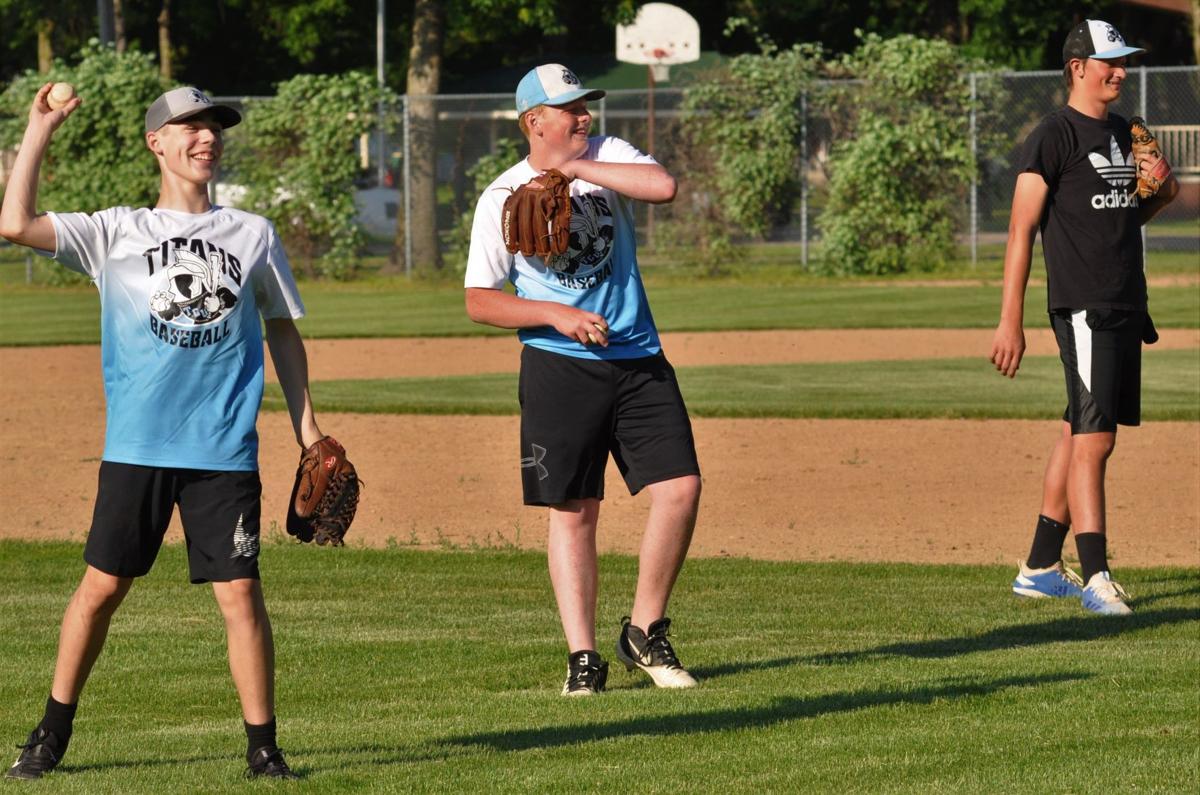 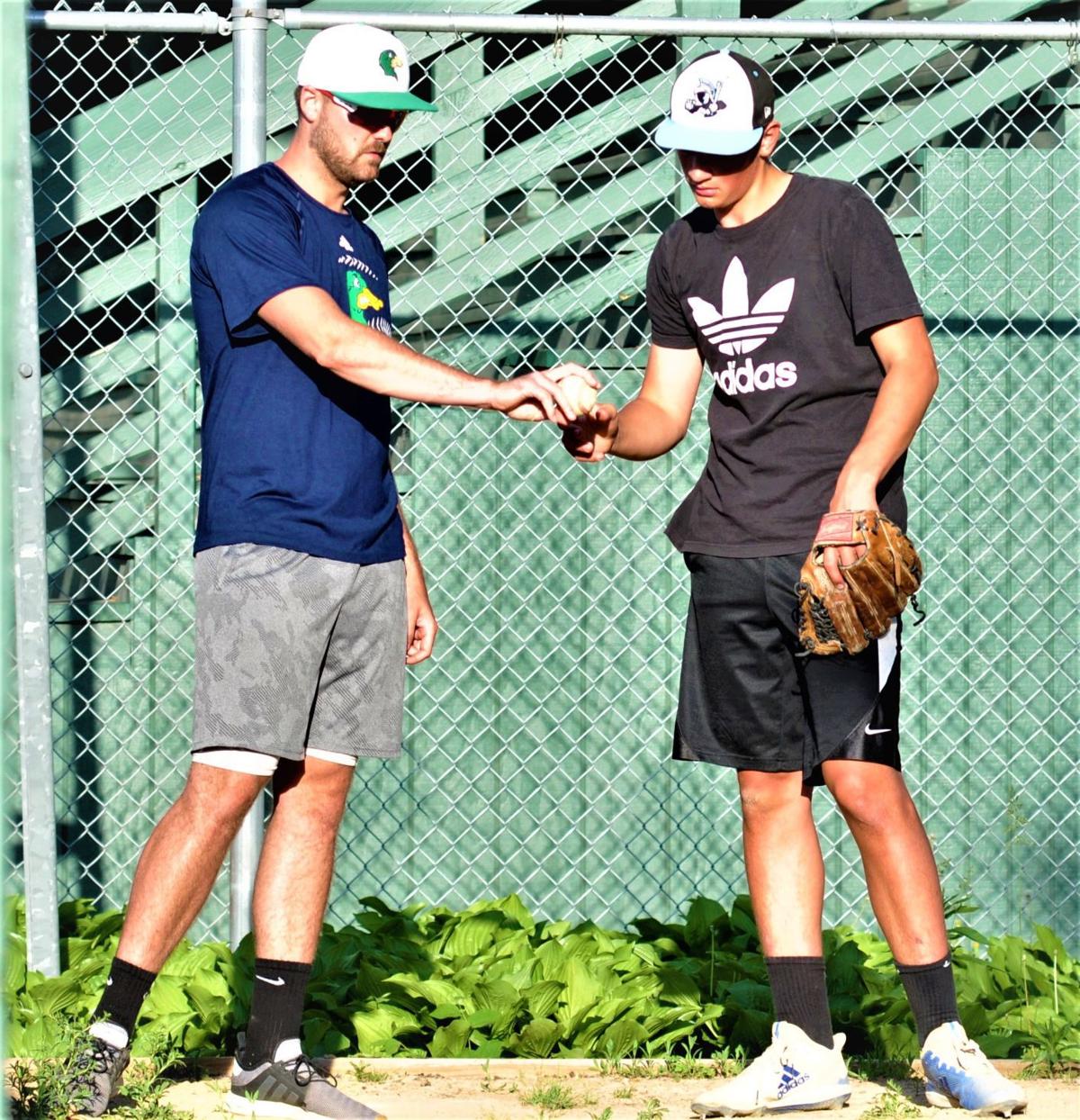 TCU pitching coach Ted Christian shows Reggie Vosejpka how to grip the ball in the bullpen. 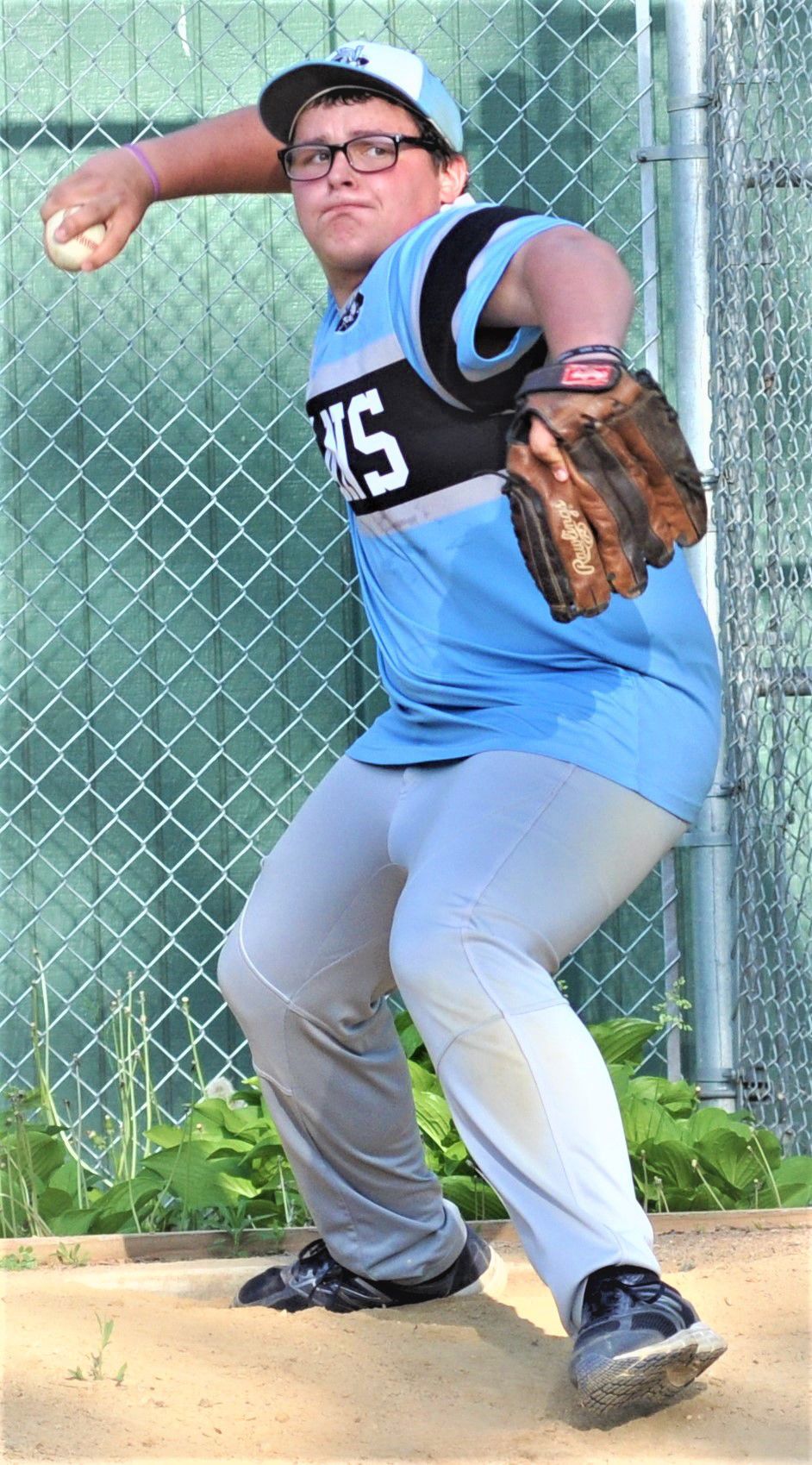 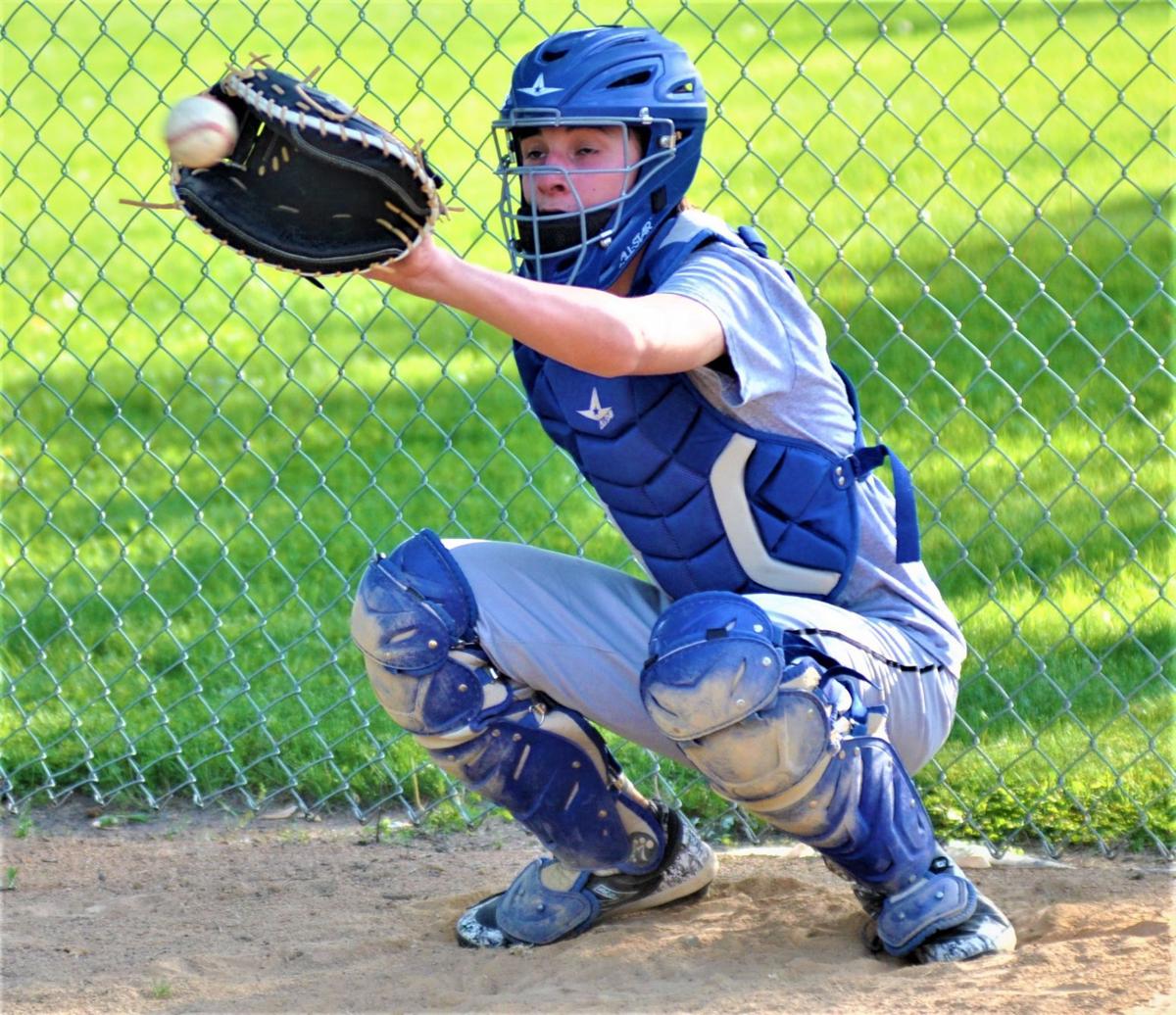 TCU catcher Aiden Miland works with pitchers in the bullpen. 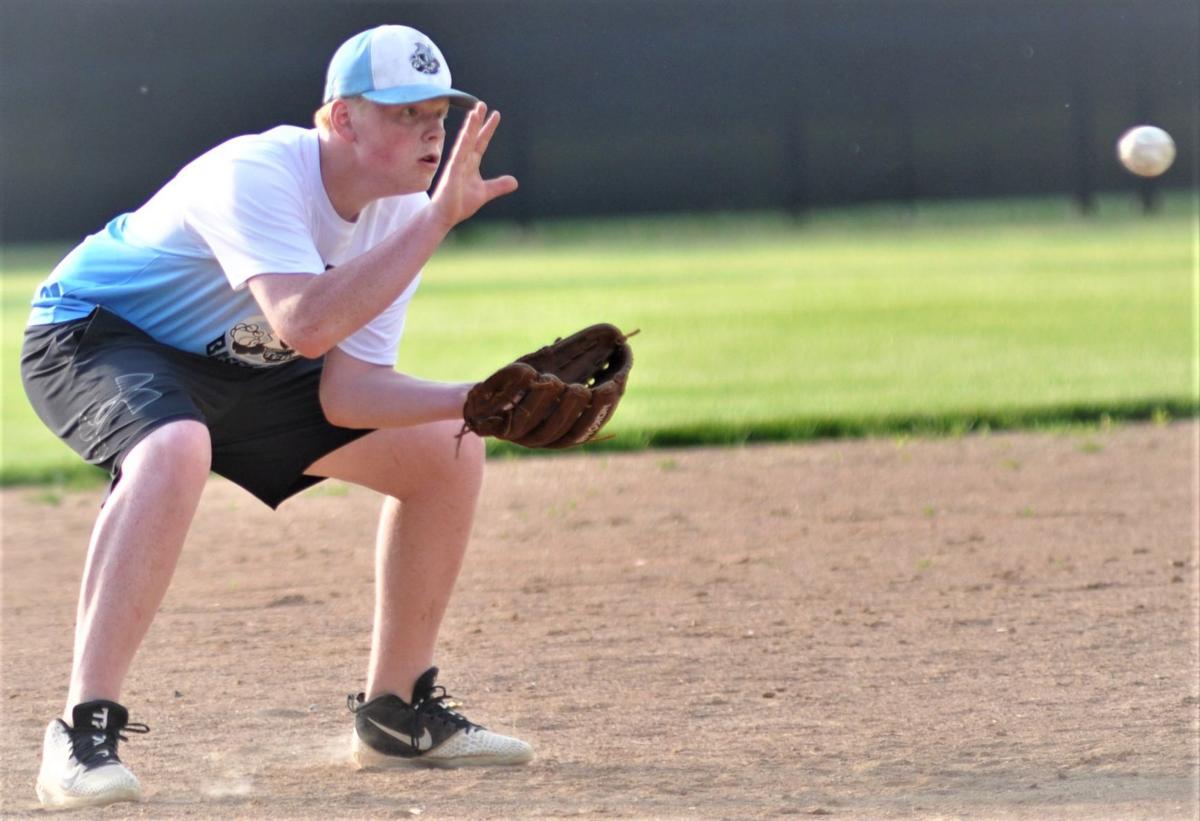 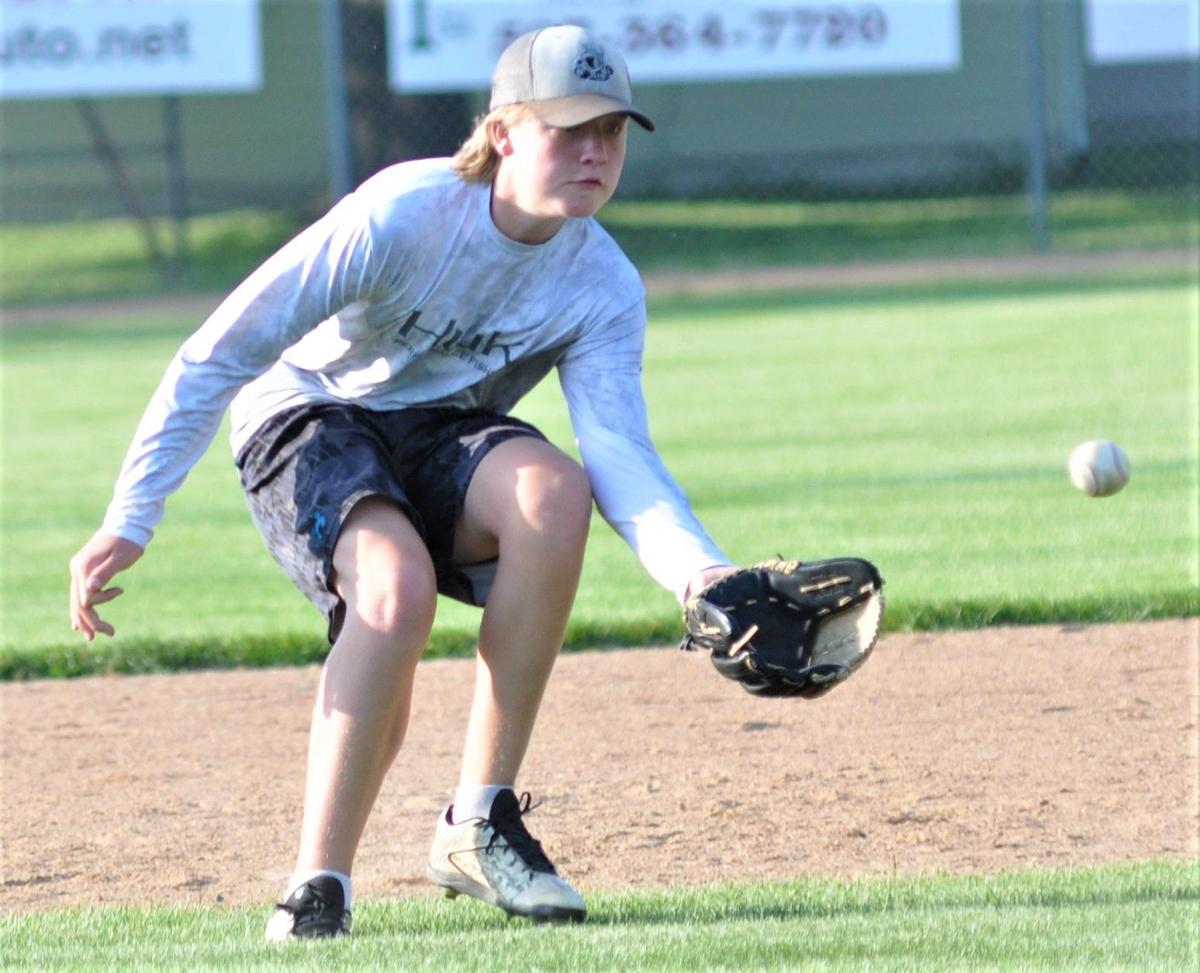 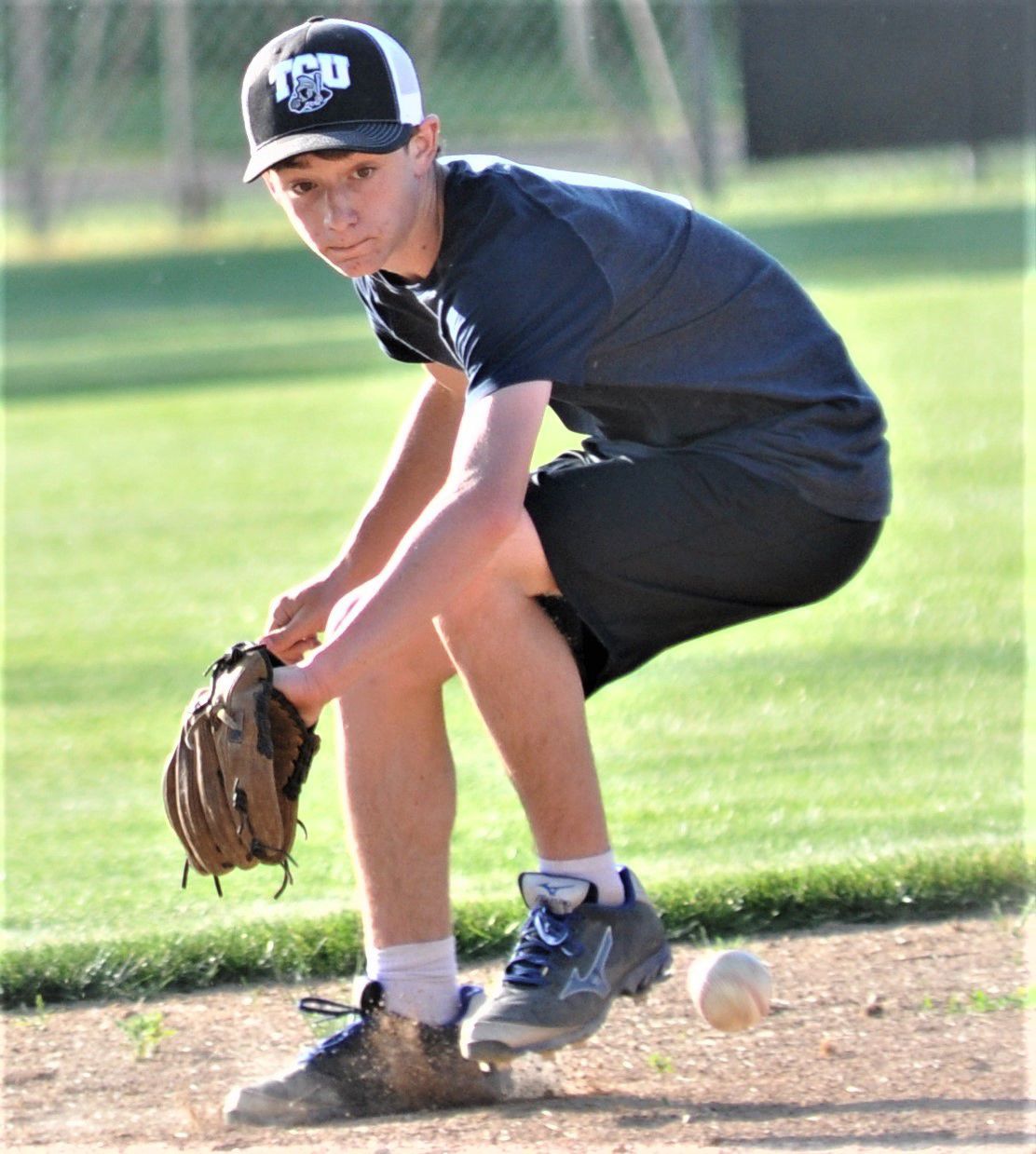 TCU pitching coach Ted Christian shows Reggie Vosejpka how to grip the ball in the bullpen.

TCU catcher Aiden Miland works with pitchers in the bullpen.

They’re just happy to finally get back on the field.

“It’s great,” 14AA coach Greg Westerman said during practice Thursday at Montgomery Memorial Field. “They missed being in the dugout, talking to each other, seeing each other and having some kind of comradery. Baseball is a slow game, so there’s lots of time for chatting and hanging out.”

The TCU 14AA team, which has 10 players from Le Center, Montgomery and Lonsdale going into ninth grade, practices Tuesdays, Thursdays and one day each weekend. The Titans didn’t have a school season this spring, so they hadn’t had a chance to practice until now.

The season was delayed because of state rules prohibiting groups from gathering during the COVID-19 pandemic. However Gov. Tim Walz relaxed the rules June 1 to allow groups of 10 or less people to practice.

The rules were extended further, starting June 10, to allow 25 people to group together.

“We’re trying to keep our practices to around 10,” Westerman said. “These are some pretty big parks, so we’ll put some pitchers in the bullpen and other kids in the infield and get them broken off into different pods. They all have their own bat and helmet. We’re fortunate that the city let us do this. Lonsdale also is allowing practices. Le Center hasn’t opened up any of their facilities yet.”

Although baseball practices are allowed, so far games and scrimmages are not.

Westman said he was hoping for scrimmages with the governor’s approval for “outdoor entertainment” up to 250 people. However, baseball (unlike tennis) was considered a high risk sport.

Below is the interpretation Westman got from Brian Heck, the city administrator in Montgomery. “Since we use city owned fields, we need their clearance,” Westman noted.

“My review at this point indicates that youth sports activities are considered a social gathering under Paragraph 6©, which means no more than 25,” Heck wrote. “The requirements still are that no intermingling of teams; all 25 have to be on the same team. There can be no contact and no games, including scrimmages.”

But that’s not stopping organizers from planning games or scrimmages.

TCU normally plays in the Metro Baseball League, but the MBL and MYAS/Gopher State Baseball, which make up the Baseball Alliance of Minnesota, decided to cancel league operations for the 9u-19u community-baseball programming during June.

Since the league decided to have a 12-game season July 6-Aug. 14, TCU, St. Peter, Le Sueur-Henderson and other teams opted out.

“TCU has decided not to participate in a July 6-Aug. 14 season should that happen,” said Westerman, who also serves as TCU youth baseball director. “We are leaving it up to the coaches at each age level how they would like to proceed this summer. For the 14AA team that I coach, we will continue to practice three times a week and once we are allowed to gather in groups of 10, I will begin contacting coaches from New Prague, Belle Plaine, Le Sueur and St Peter to try to coordinate some games/scrimmages.

“We’ve got good leads, too. I’ve talked with Jordan, Belle Plaine, St. Peter, Le Sueur, and they’re all interested in getting some scrimmages going once we can get bigger groups together. They’re doing the same kind of thing (practicing).”