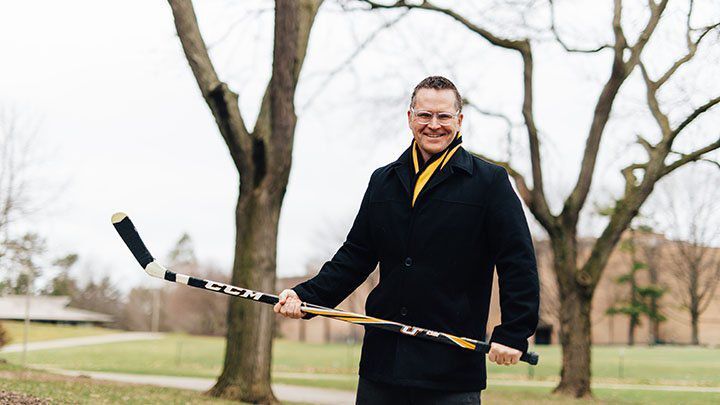 Bruce Berglund of Gustavus Adolphus College has been interested in hockey his entire life, so it fit that he would write a book about the sport, “The Fastest Game in the World: Hockey and the Globalization of Sports.” (Photo courtesy Calvin University) 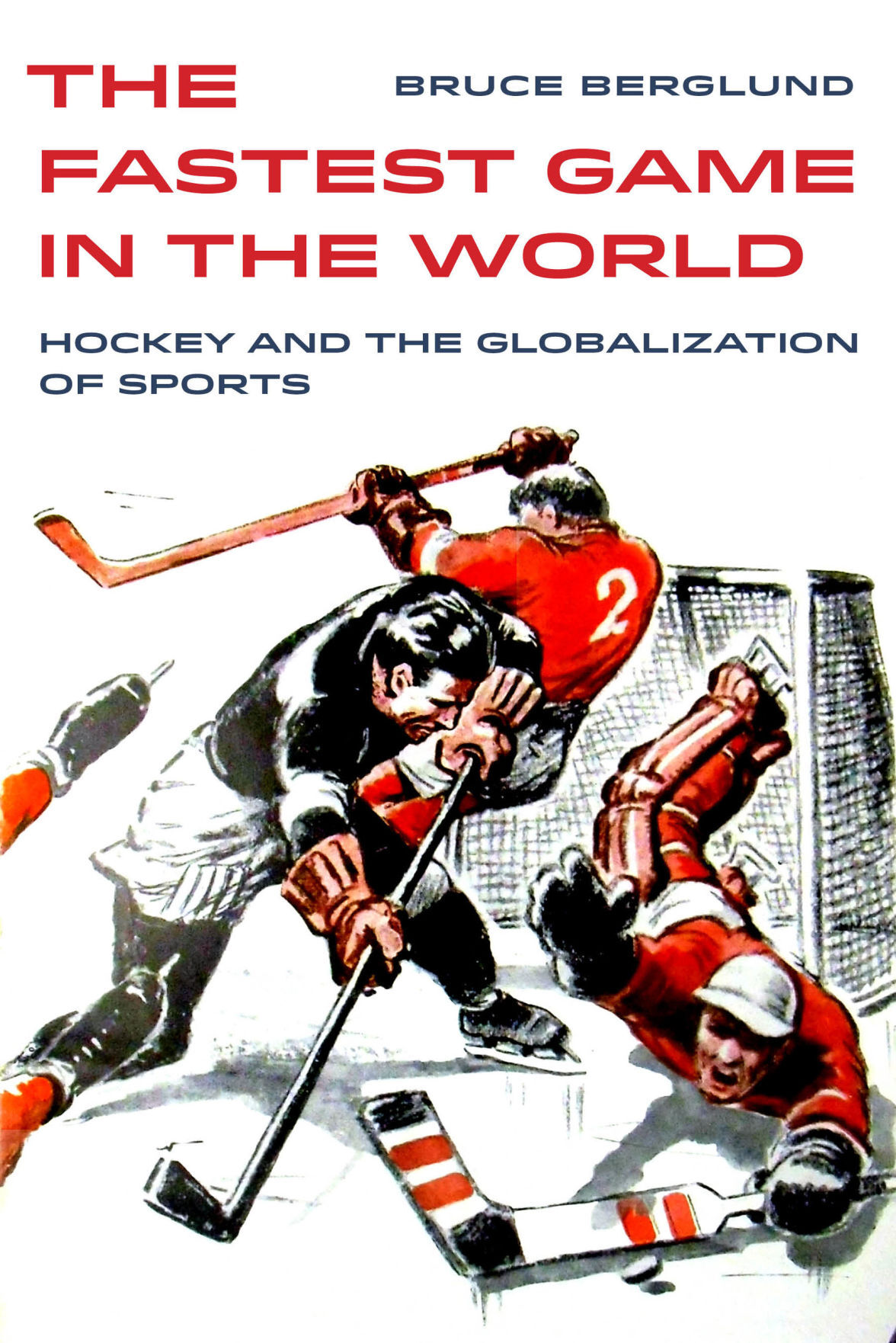 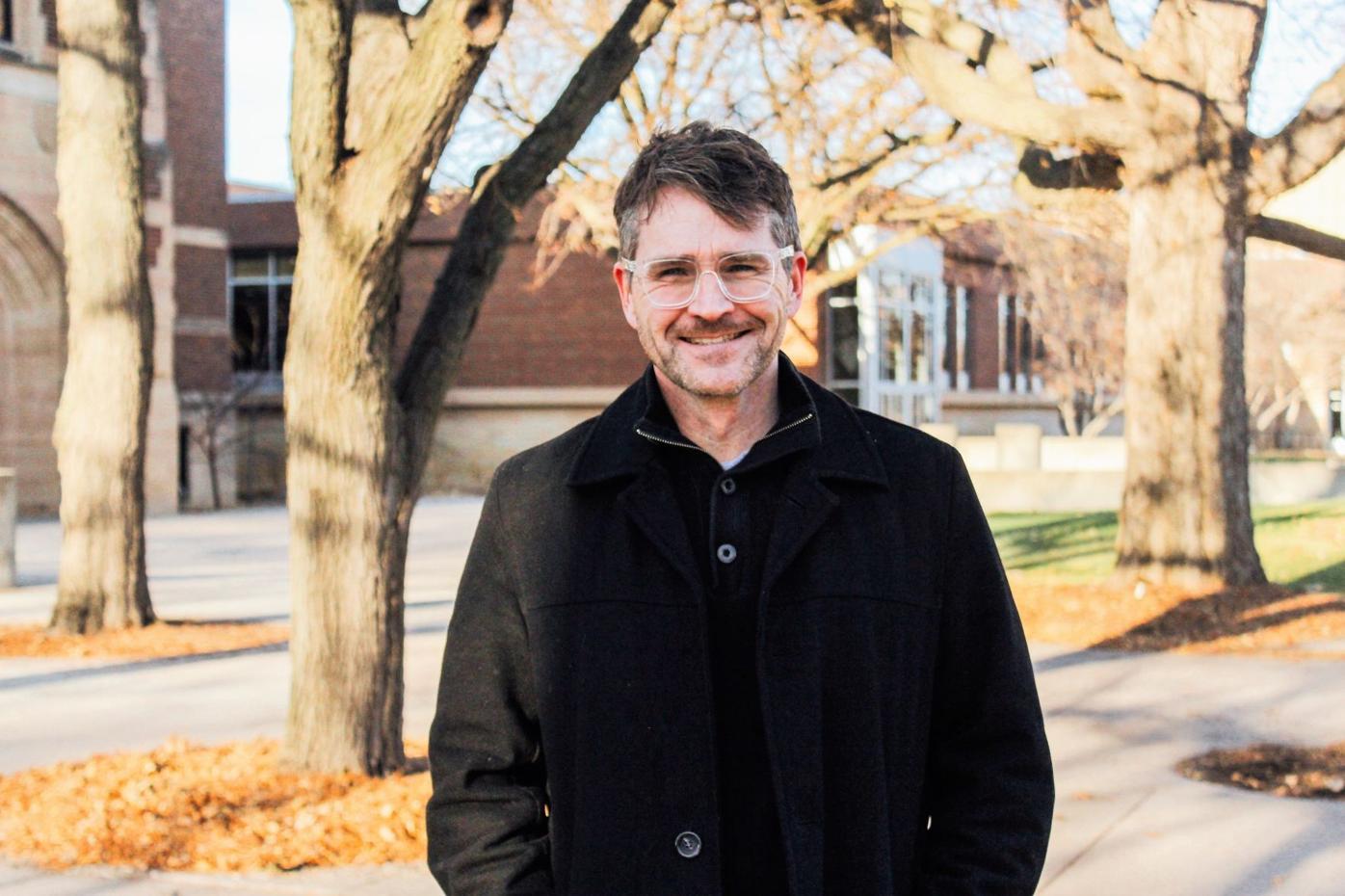 Bruce Berglund of Gustavus Adolphus College has been interested in hockey his entire life, so it fit that he would write a book about the sport, “The Fastest Game in the World: Hockey and the Globalization of Sports.” (Photo courtesy Calvin University)

While hockey fans will certainly enjoy the newly released book by Gustavus Adolphus College writer Bruce Berglund of St. Peter, “The Fastest Game in the World: Hockey and the Globalization of Sports,” it’s about more than just hockey.

“The book covers a lot of topics related to hockey — parenting, sports marketing, television and climate change,” Berglund said. “My aim was to use hockey as a lens for understanding modern sports and modern life in general.

“Yes, hockey fans will enjoy this book. But it’s not like other hockey books. It’s not a collection of stories about Gordie Howe and Bobby Orr. Instead, the book looks at different aspects of hockey. For instance, why is hockey so expensive to play? The book focuses on that.

“There have been people who don’t like hockey, who don’t even like sports, who have read the book and enjoyed it. Based on their feedback, I think regular people will enjoy the book.”

Berglund’s previous books have been academic works on the history of Eastern Europe.

He was a history professor for 19 years at the University of Kansas and Calvin College in Michigan. Three years ago, he moved back to his home state and now works as a writer in the Advancement Office at Gustavus.

“This book was written deliberately for readers outside of academia,” Berglund said. “There are a lot of colorful stories. I hope that people will also find a lot of nuggets that they didn’t know before, things that will surprise them.”

“Even though this is a book about world hockey, Minnesota fans will find plenty to connect with,” Berglund said. “There is a section about the growth of hockey in the state in the 1960s, leading up to the famous championship game of the 1969 state hockey tournament between Edina and Warroad. Another section looks at two of the most important coaches in American hockey history, who both came from the Twin Cities, Herb Brooks and Bob Johnson.

“The book has the word ‘globalization’ in the title, but a key point of globalization is that we all recognize, no matter where we live, that we’re connected to trends going on around the world. We see this in hockey. Players have come from Europe to play at MNSU, Gustavus and St. Olaf. Likewise, players from Minnesota go around the world.”

“Marissa Brandt received a lot of media attention before the 2018 Winter Olympics in Korea,” Berglund said. “She had been adopted from Korea by a Minnesota family. Prior to the Olympics, the South Korean hockey federation was trying to build an Olympic team that would represent the nation well in the games. So they brought over players of Korean ancestry who had experience in North America. Marissa was one of those players, and she played for the Korean team under her birth name.

“Meanwhile, her sister Hannah, who had played at the University of Minnesota, won the gold medal with the U.S. Olympic team. During my visit to Korea for the Olympics, I interviewed Marissa at the Korean training center. She had a remarkable story.”

Berglund interviewed many prominent people in the sport, including many with Minnesota connections.

“The book opens with my recollections of the Miracle on Ice, which was of course a great moment for Minnesota hockey,” Berglund said. “One of the people I interviewed for the book was a member of that 1980 Olympic team, John Harrington, who is now coach of the women’s team at Minnesota State University, Mankato. I also interviewed Mike Eaves, the former coach at St. Olaf. He had some terrific stories about playing for the University of Wisconsin and the Minnesota North Stars.

“Among the people I interviewed were Michael Eisner, the former CEO of Disney who launched the “Mighty Ducks” and Dominik Hasek, the Hall of Fame goalie who won the Olympic gold medal with the Czechs in 1998.”

Growth of the game

Hockey has become a worldwide game that continues to reach broader audiences. More and more players in the NHL are coming from Europe. But that has not always been the case.

“Hockey has grown in various ways,” Berglund said. “In the last 10 years, the number of registered players around the world has increased by about 20 percent. The NHL has more than doubled its revenue in the last dozen years, and now brings in more than $5 billion annually. And the league is at the center of a global game. More than 30 percent of NHL players come from Europe. This year, over 43 percent of players selected in the NHL draft were from Europe.

“Here in Minnesota, girls hockey has brought a tremendous boost to the sport. Girls hockey first took off in the 1990s, and it has continued to grow since then. Right now, there are more than 14,000 girls and women playing hockey in Minnesota, far more than any other state. Minnesota has the third highest number of female players in the world, after Canada and the rest of the United States.”

Purpose of the book

Asked about why he wrote the book, Berglund said: “Hockey is a global sport, but the global history of the game had not been told. This is the first book to tell the story of hockey as a worldwide sport, with source material drawn from around the world.

“The book is the first of its kind, in telling the history of hockey around the world, with research done around the world — did research in eight different countries, materials in seven different languages, visited 20 archives, conducted 40 interviews.

“There are some fascinating stories that most American fans are not aware of — like the constant lack of equipment in Soviet hockey, or the fact that the communist secret police in communist Czechoslovakia arrested that county’s national team, the defending world champions, and sentenced the players to hard labor.”

Berglund grew up in the hockey hotbed of Duluth and traveled for six months in 2018 to research the book.

“I grew up in Duluth, just one block away from a neighborhood rink,” Berglund said. “I played for house teams at the rink for years. Then, when I was in high school. I coached little kids at the same rink and refereed youth hockey as well.

“I was a big fan of the game growing up in Duluth. I went regularly to UMD games, in the days when Brett Hull and other future NHL players were with the Bulldogs. My dad reffed high school and college hockey in northern Minnesota and Wisconsin, so I spent a lot of time watching his games.”

"Fastest Game in the World: Hockey and the Globalization of Sports"

Played on frozen ponds in cold northern lands, hockey seemed an especially unlikely game to gain a global following. But from its beginnings in the 19th century, the sport has drawn from different cultures and crossed boundaries — between Canada and the United States, across the Atlantic, and among different regions of Europe. It has been a political flashpoint within countries and internationally. And it has given rise to far-reaching cultural changes and firmly held traditions.

"The Fastest Game in the World" is a global history of a global sport, drawing upon research conducted around the world in a variety of languages. From Canadian prairies to Swiss mountain resorts, Soviet housing blocks to American suburbs, Bruce Berglund takes readers on an international tour,  weaving in hockey’s local, national and international trends. "The Fastest Game in the World" will thrill both the lifelong fan and anyone who is curious about how games intertwine with politics, economics and culture.