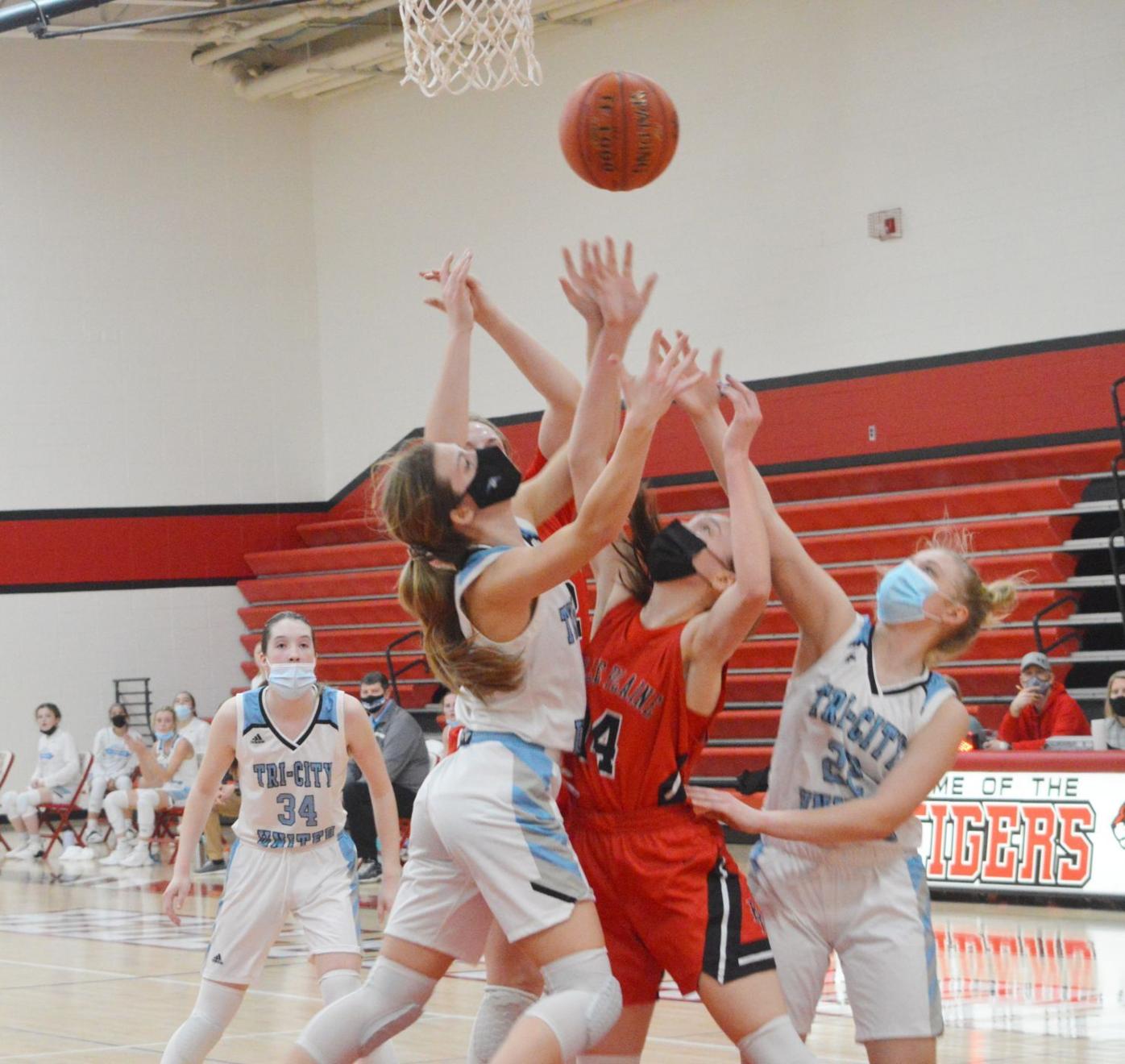 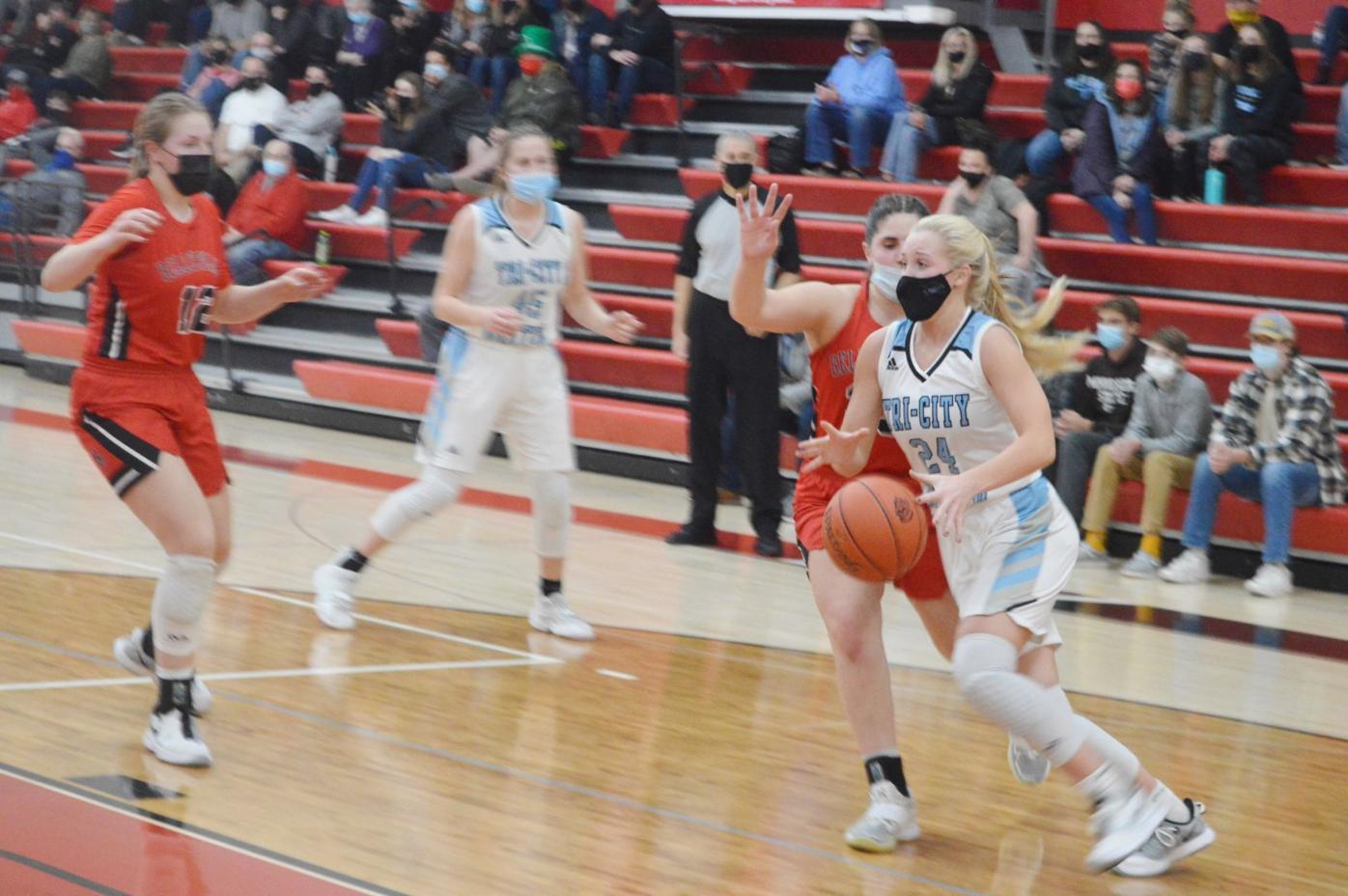 Sam Lang dribbles the ball toward the hoop at the section tournament against Belle Plaine. (Carson Hughes/southernminn.com) 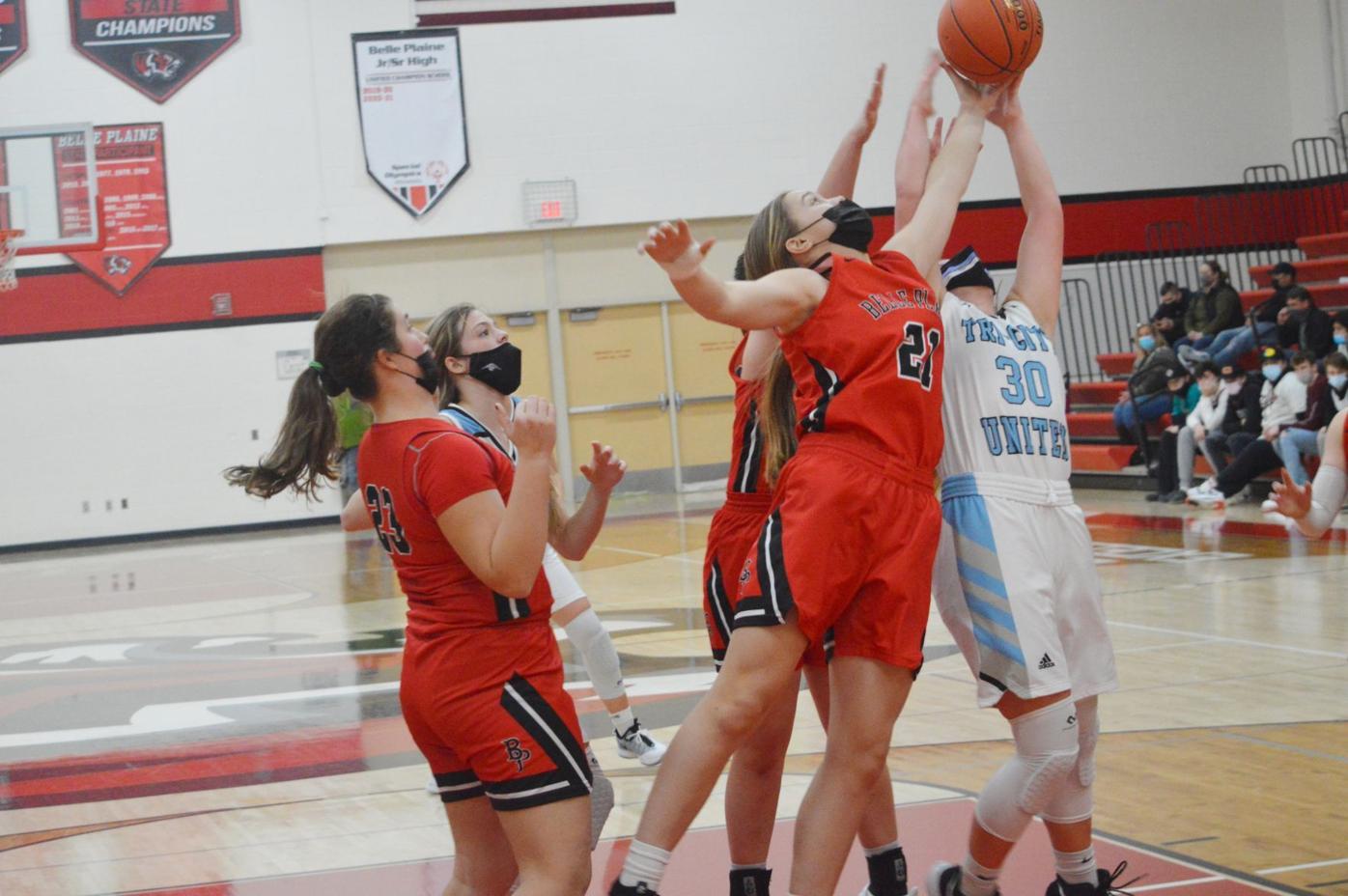 Following two straight weeks without a basketball game, the Tri-City United girls basketball team (3-11) had a tough night ahead of it for the first round of the Section 2 AA tournament. The Belle Plaine Tigers were seeded at No. 1 with a 13-3 record and gave the Titans trouble in the past, winning their previous game 62-36. This game marked another win for the Tigers, and the Titans were trounced 59-29 on March 17.

Out of the gate, the Tigers swiftly dominated the Titans. It was the Titans’ first game in the whole month of March and, being a little rusty, they struggled to score. Belle Plaine on the other hand racked up 20 points on the scoreboard before the Titans collected a single point.

“The break was too long,” said TCU Coach Don Marcussen. “We just didn’t have anything to come out with. We were slow. My three main senior players were really struggling to get going. I knew we would be a little flat, but it was not easy to jump back.”

Jess Dull led the Titans through the first half and in overall scoring with nine points, through four field goals and one free throw. Paige Johnson gave the Titans a three-point field goal in the first and five points overall, while Marissa Gare collected three free throws.and Isabelle Factor contributed two points.

But unfortunately, these efforts netted the Titans just 13 points in the first half, while the Tigers continued to expand the advantage they built up into a total 44 points.

Once the Titans had the chance to warm up, they started playing better against the Tigers. While they couldn’t close the points gap they fought harder for rebounds and forced the Tigers to make more mistakes. Their defense put up a stronger front against the Tigers and slowed down the opposing team’s scoring.

“They seemed intimidated, they seemed a little scared and I called them out on it,” said Marcussen. “You can’t play scared. You’ve been playing basketball for years, just go play. Play as hard and aggressive as you can, and they did that in the second half.”

But in the end, the Tigers still had a major advantage with heir first round blitz and came out 30 points ahead.

“They played hard and you have to be proud of that,” said Marcussen. “That senior group of girls, they’ve been together for quite a few years and they played a lot of basketball together.”