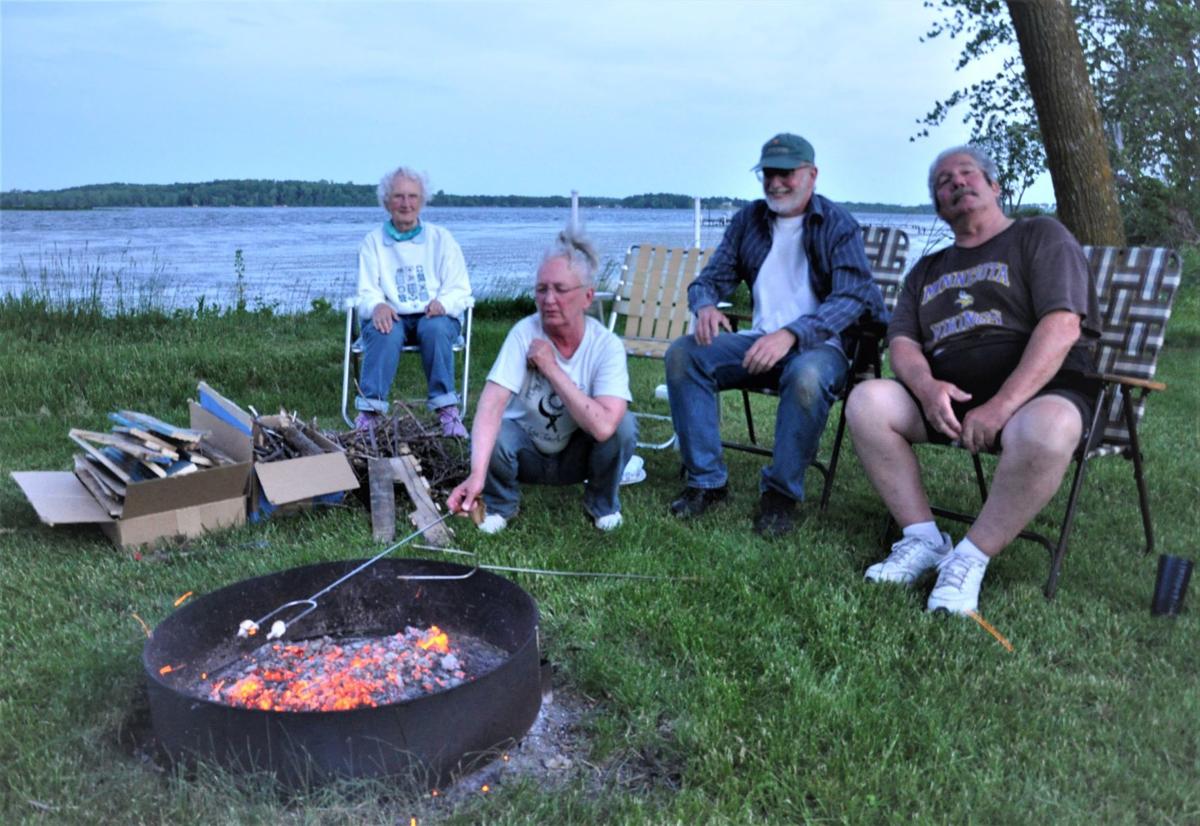 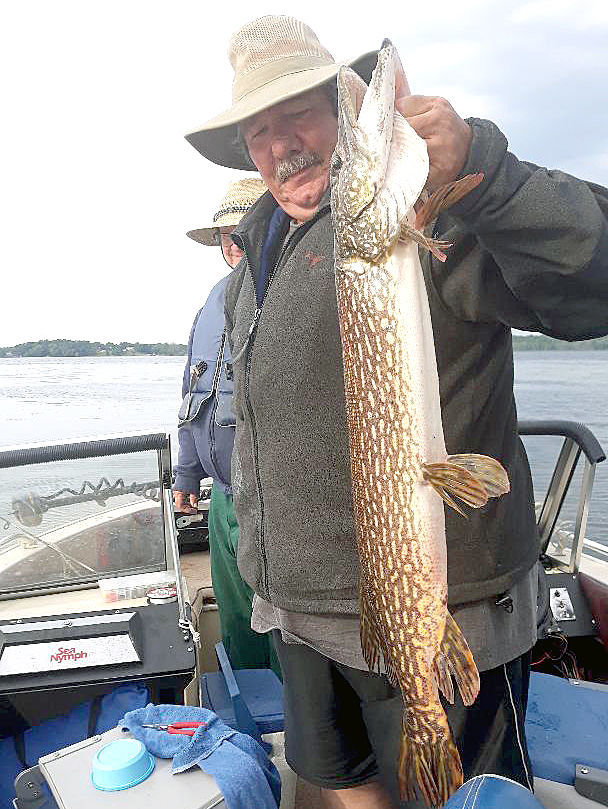 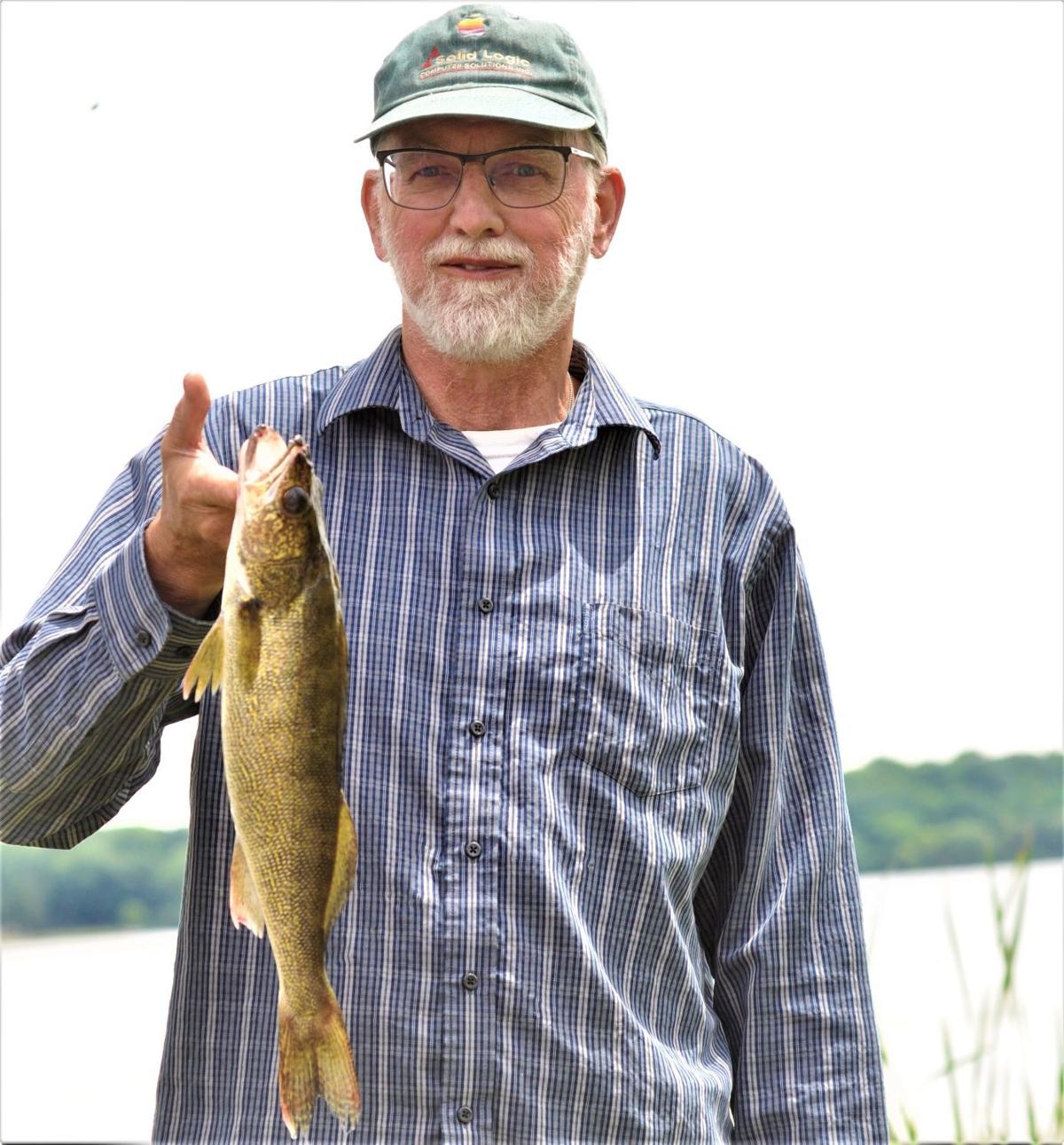 Dave Beck of Woodbury shows an 18-inch walleye that he caught Friday on Shields Lake on a night crawler. (Photo by Pat Beck/St. Peter Herald) 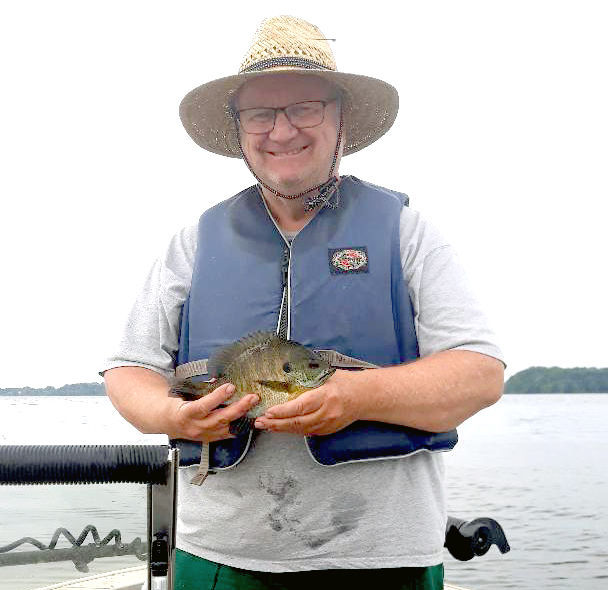 Cormorants flock to Shields Lake. They are known to be voracious fish eaters, although usually small ones 6 inches long or less. (Pat Beck/St. Peter Herald)

Dave Beck of Woodbury shows an 18-inch walleye that he caught Friday on Shields Lake on a night crawler. (Photo by Pat Beck/St. Peter Herald)

Cormorants flock to Shields Lake. They are known to be voracious fish eaters, although usually small ones 6 inches long or less. (Pat Beck/St. Peter Herald)

We didn’t catch many fish, but we caught some big ones in a week of fishing at Shields Lake near Faribault.

The windy and hot week made it difficult to fish. That coupled with the extensive weed growth limited our opportunities.

Arriving late Saturday afternoon at the Rice County Cabin at McCollough Park Campground, we got on the water about 6 p.m. It was a windy and cool start for the weather and the fishing. We didn’t make a single catch.

On Sunday, there were white caps, so we decided to fish from shore at the channel between West and Middle Jefferson in Le Sueur County, where the sunfish and crappies have been biting well lately. We caught 11 keepers (six sunfish and five crappies, ranging from 7 to 8 inches long), which made a nice dinner for the five of us (myself, my mom Joyce Beck, of Inver Grove Heights, brother Dave, of Woodbury, and sister Nancy Ross and her husband Dave of Coon Rapids).

On Monday morning we went exploring some of the lakes near Shields in an attempt to get out of the wind and find fish. We heard Roberds is a good walleye and crappie fishing lake. Driving around, we found it too windy except for the east end, but the boat access is on the west end, so we would have had to drive through high waters to get there.

We also stopped at the French Lake public access. My dad and I had ice fished there for crappies in the deep hole in the middle. But it also was too windy to fish comfortably.

We also ran into nearby Kelly and Dudley Lakes and found a father and son pitching imitation frogs into the lily pads. He said the panfish tend to be small in the twin lakes, but he said bigger panfish can be found in Hunt Lake, just outside of Shieldsville on Dodd Road.

Along the lake tour, we noticed that Mazaska Lake was not as windy as Shields, so we decided to spend the afternoon fishing there. But caught just one fish, a 10-inch crappie. We chose the lake because it was out of the wind and a report that sunfish were biting there. We didn’t find them.

On Tuesday, we headed to Hunt Lake in hopes of catching bigger panfish. Once again they were not biting well. Nancy caught the only keeper, a 7-inch sunfish. Small perch also were biting a bit. We had to battle extensive weeds again. We also watched as hundreds of cormorants flocked to the lake diving for small fish that looked like perch.

The colony of cormorants could be seen on Wednesday at Shields, although they didn’t seem to be fishing. Maybe they were resting. Dave Ross and I hit the lake earlier than normal, at 6 a.m., but we only caught one fish, about a 25-inch northern on a leech. That evening we only kept a sunfish, but we found a good sheepshead (freshwater drum) bite on night crawlers. We didn’t keep any of the drum, but Dave Ross marked the way point on his fish finder to we could find it again. I also had a nice northern that broke my line and got loose.

The wind slowed down and the temperature dropped on Thursday. Early that morning, we had the best fishing so far all week. Using a wax worms as bait, Dave Ross caught and released a 35-inch, 11-pound northern which he released. Nancy caught two about 10-inch sunfish, I caught a nice sunny, too, plus two largemouth bass. All were caught near the grassy island at the edge of the weeds. We caught another sunfish that afternoon. But the evening was rained out with thunderstorms.

The next morning, my nephew, Luke Beck of Eagan, arrived for a day of fishing with us. We went right back to grassy island that morning and caught a variety of fish, including a 2-pound silver bass, a 4-pound northern, a 10-inch sunfish and brother Dave caught the catch of the week, an 18-inch, 2.5 pound walleye on a night crawler in the weeds. Luke also had a nice northern that broke his line.

The fish stopped biting when we went out in the afternoon. We tried a variety of spots, but they just weren’t biting.

However my brother and I capped off the week catching four keeper sunnies and losing a dog fish off the dock that evening. We also caught a number of small sunnies and perch which we released.

Dave made it possible to fish off the dock because he cleared out the weeds from in front of the dock with a rake. The fish may have been hiding in the weeds, and we could fish for them thanks to Dave’s efforts creating an opening in the weeds, which also provided easier access for the boat. I also fished off the dock most nights hoping to find a late-walleye bit, but only had a few nibbles.

Despite the lack of catching fish, we had a good time gathering together as a family in the outdoors on the lake. Dave built us bonfires three nights to enjoy with S’mores provided by Nancy one night, and we went walking around the nearby woods and campground.

We have reservations to go back to Shields in September for a week at the cabin. We fished there last spring and fall with good success catching sunfish and crappies, so we hoping they turn on again.