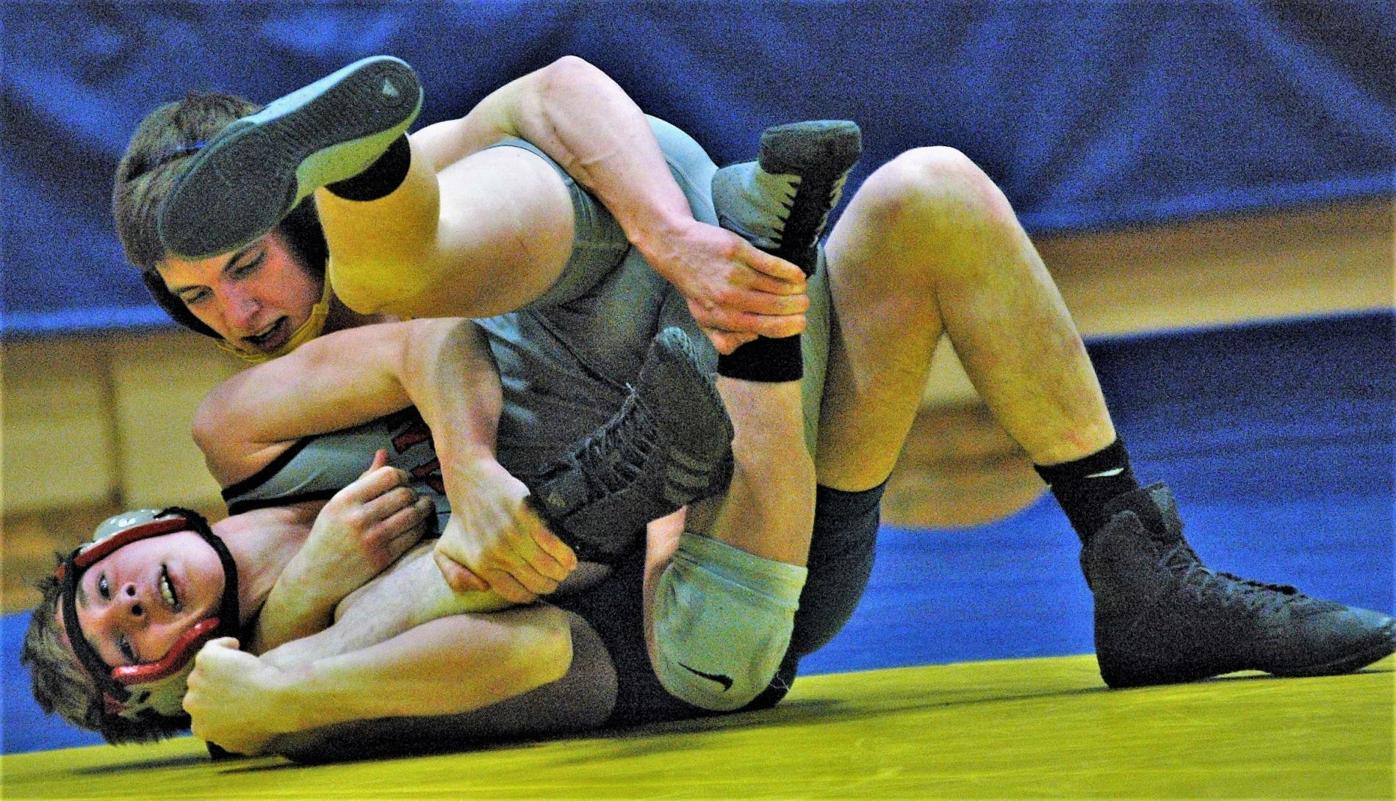 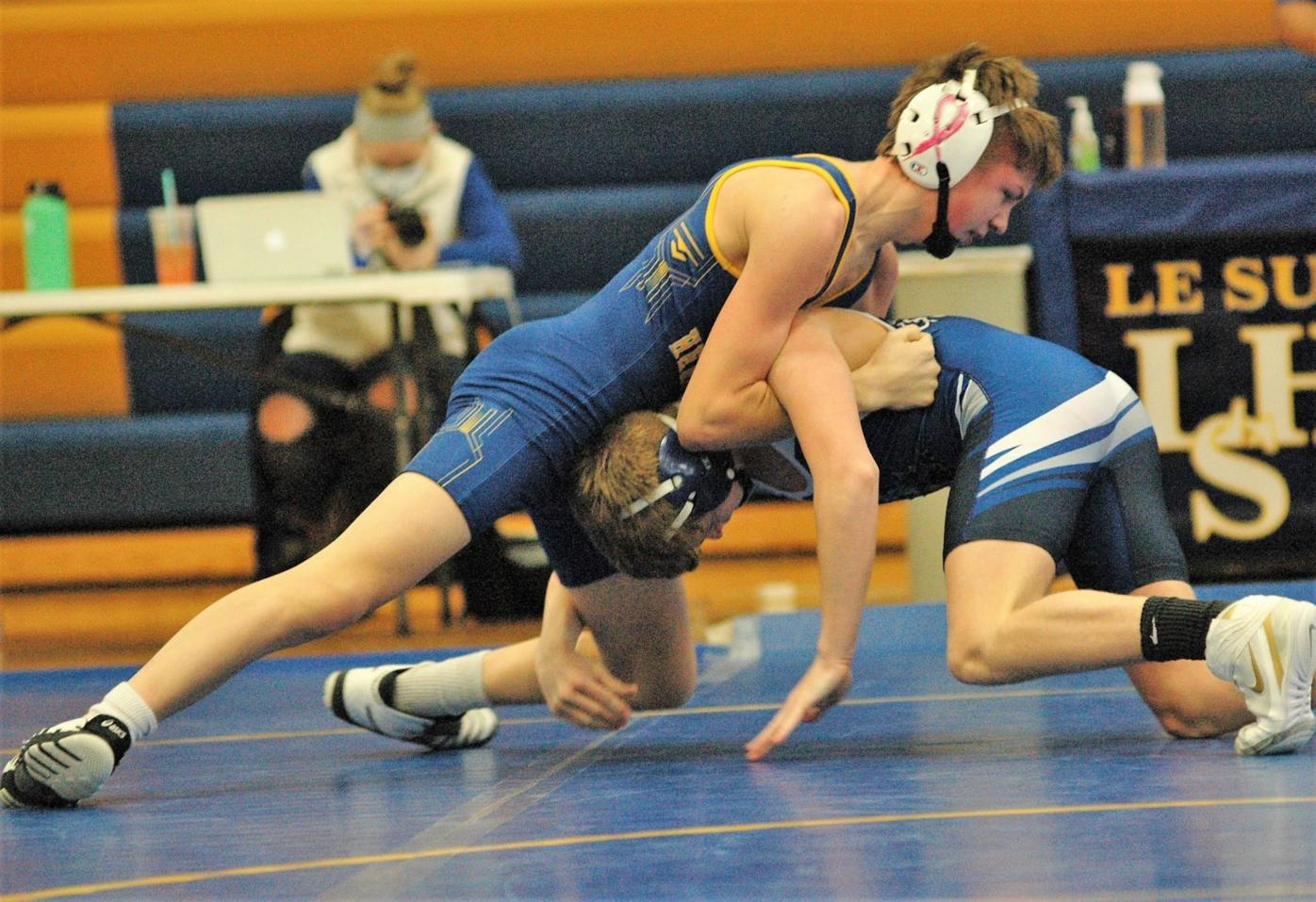 Dylan Pfarr (senior). Dylan finished strong at the end of last year. He is physical, he has veteran experience on the mat and he also is hungry for success. As a state place winner last spring in track and field Dylan has been in high stakes competitions and has seen the beginning to the end of a season with state tournament exposure. He’s not only going to likely see a state ranking at some point this year, but he will be a leader on our team.

Jordan Grinde (senior). I’ve worked with Jordan years ago and know he has great potential to be lower-middle weight dominate in the line-up. Jordan has leadership qualities and mat sense. The goal this year working with Jordan is to work on feeling the pressure points of the opponents and finding ways to pick up points. Jordan is going to be an exciting wrestler to coach because he has a determined mindset.

Mark Boisjolie (junior). Mark has been a multi-year letter winner for the Giants. He is lanky, but tough. He has good mat awareness and has a sincere and true desire to compete. Mark is a great role model for our younger athletes in the sense of working hard. He too is going to be fun to coach because of his reception to the coaching staff.

Andy Genelin (junior). Andy has been a part of the wrestling program for many years. He is a hard worker. Andy is tall and his length is going to be a real asset for some of the leg rides and turns I am looking to perfect with the wrestlers.

Wyatt Genelin (freshman). Wyatt has worked hard in the off-season. He is the kind of competitor that will not stop working until the whistle blows. He is always looking for points, is finding angles on defense and I know is going to be eager to take on opponents once our schedule gets underway.

We also have a few up and comers such as Peyton Tellijohn, Luca Greenig and George Doherty. All three saw a number of varsity matches last season. They have a lot of mat time under their belt and as their bodies mature they will continue to be win leaders for the team. All three are now 8th graders, they have been a part of the program since early young and as a trio are outstanding competitors.

Potentially we will have a number of them. As a coach I want to provide every opportunity for our wrestlers to have quality matches. I can see Peyton Tellijohn and Luca Greenig seeing more varsity time potentially, but also Colton Wilson and Dalton Wilson will be in the hunt for varsity mat time at 106 and 113 pounds. Again, this will all be dependent on getting quality match-ups, where our weights fall and how the team molds together. As I mentioned we have a number of 7th graders coming up as well as a few new wrestlers so it’ll be great to have the various levels, personalities and wrestling styles in the room.

Number one goal: As one, As a team. Even though this is an individual sport my goal is to mold the team as one unit. Creating a culture of family, brotherhood is something that strong teams have in the wrestling world, it’s the background I bring from my experience at Augsburg. Other goals include having a 3.0 GPA as a team for state notoriety through the MN State Wrestling Coaches Association, placing as many wrestlers at the section tournament and taking as many wrestlers to the state tournament as possible.

We are in a new section this year so we will see what the section looks like as the season gets underway. We will be competing in the Redwood Riot late December, this will be a good indication on where many of our wrestlers line-up in comparison to section opponents and Class A competition. From a conference perspective, TCU will be back and strong with depth. Sibley East returns a few state-entrant/place winners.