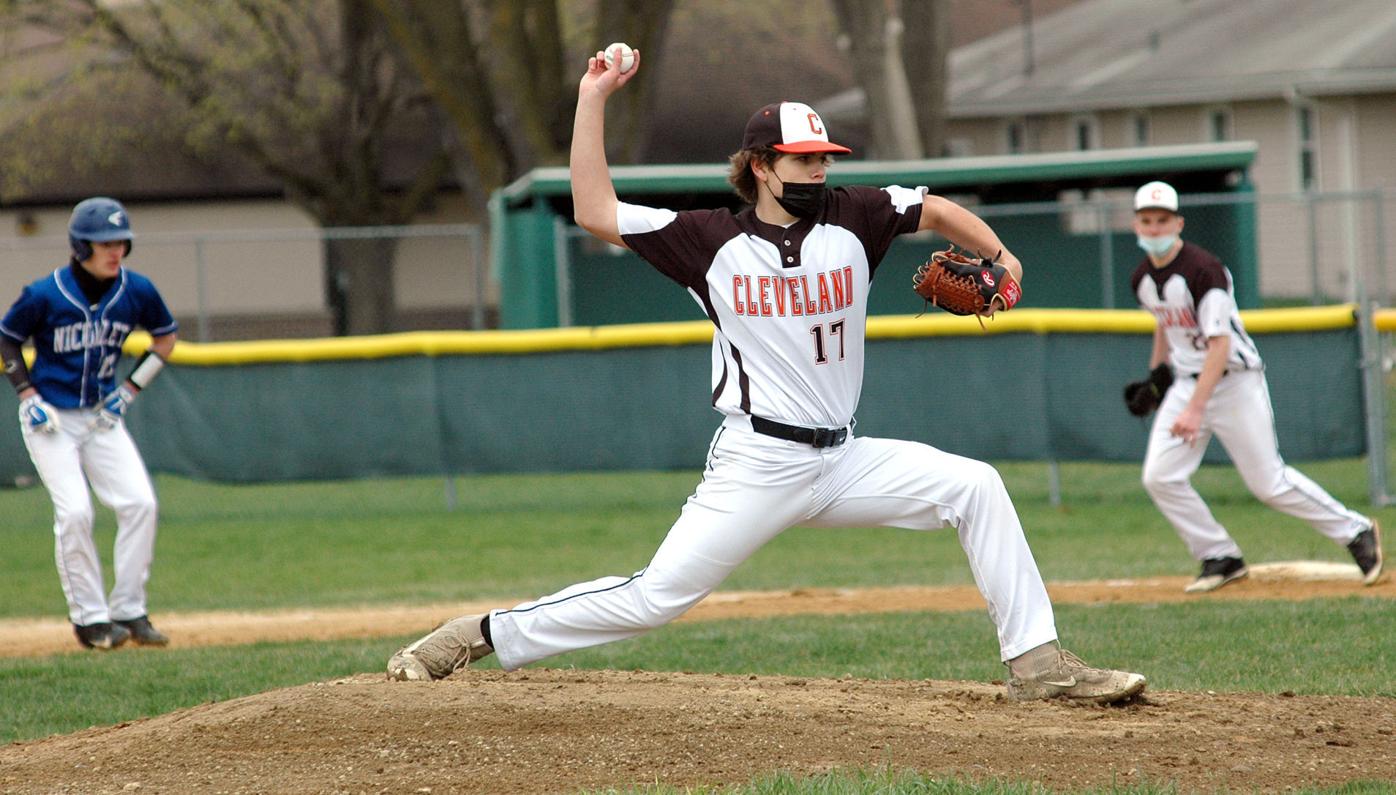 Above: Cleveland junior pitcher Lucas Walechka picks up the victory over Nicollet in the season opener. 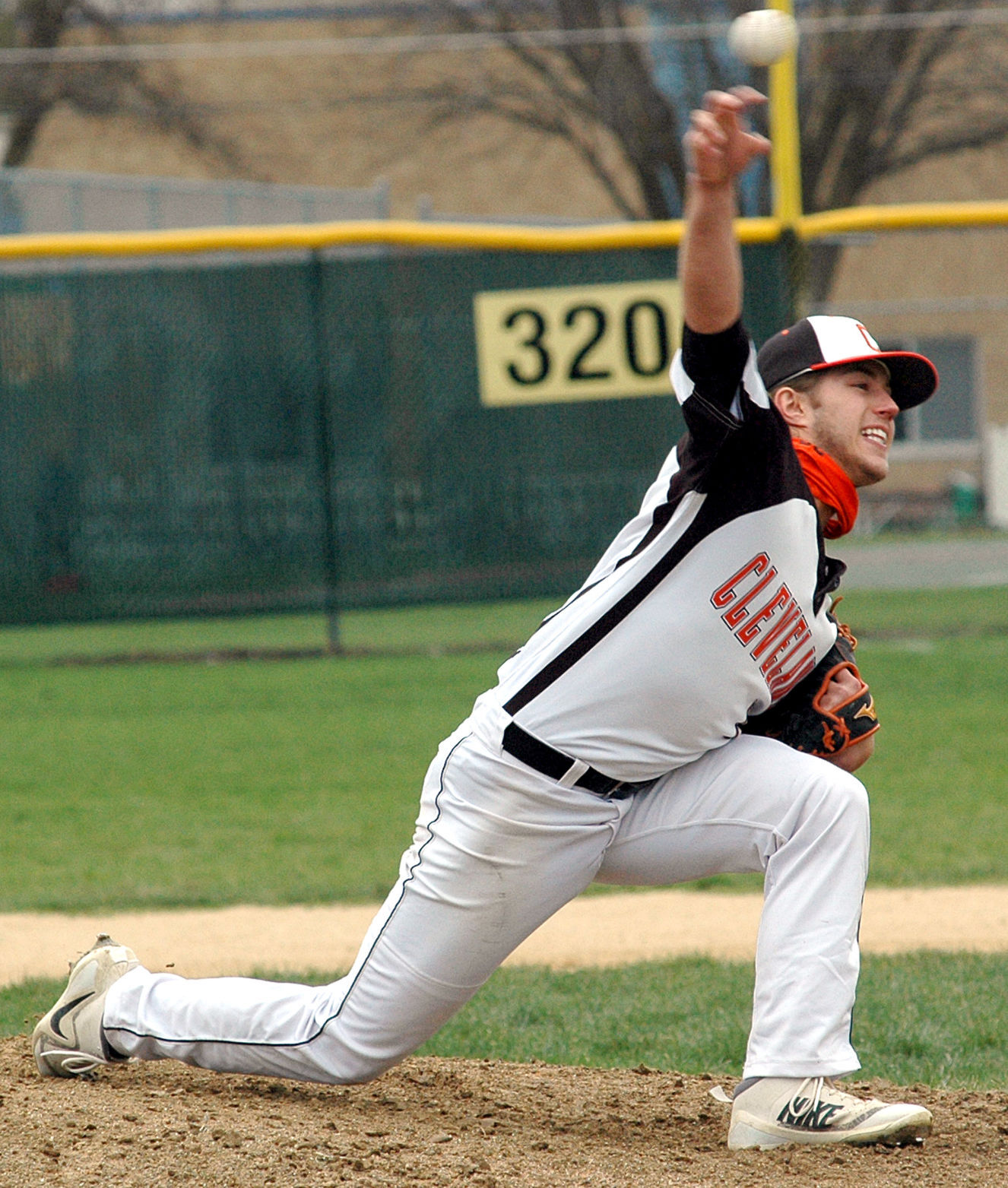 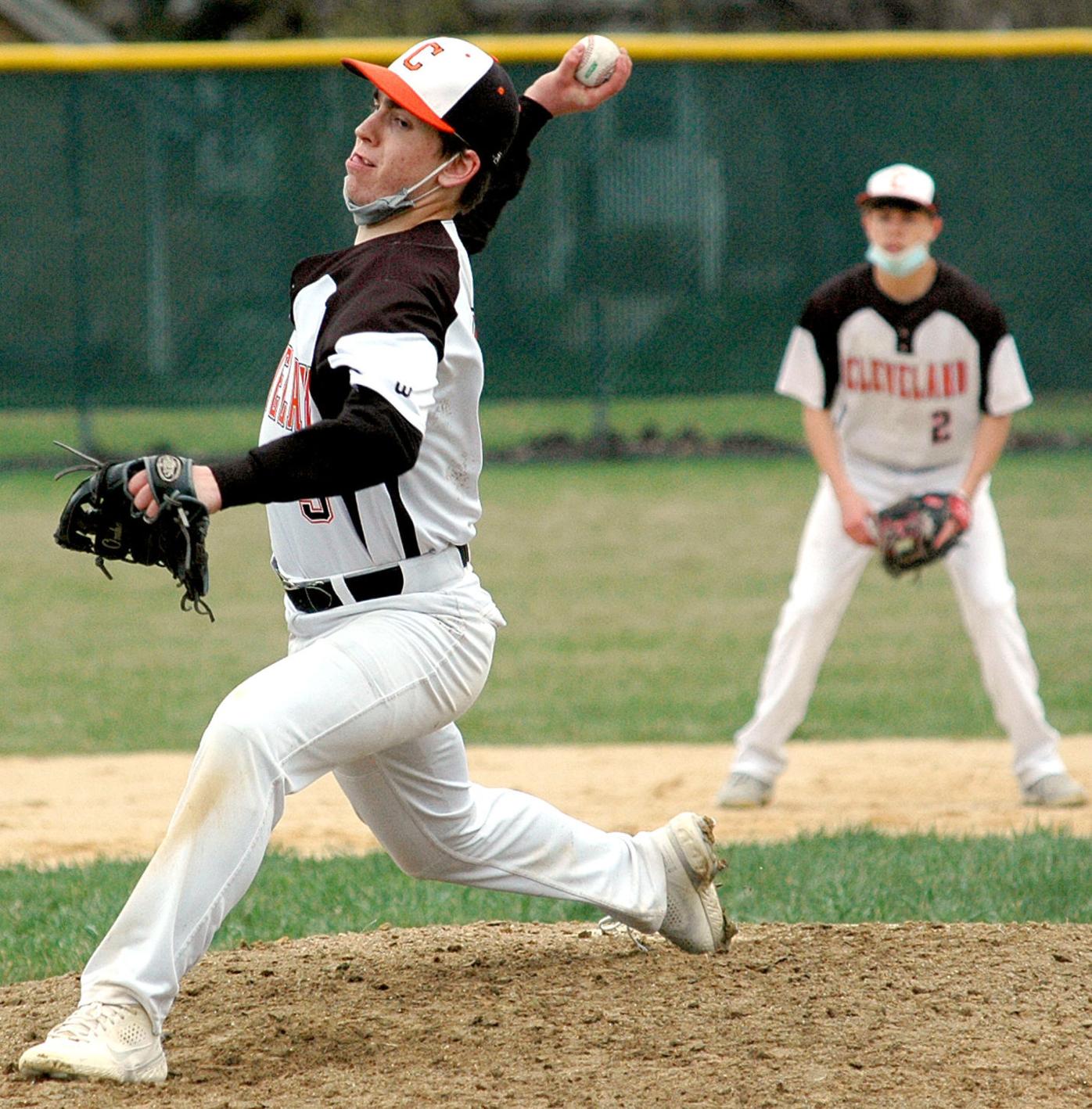 He promised if the Clippers won a game, he would shorten his salt and pepper locks.

The Clippers (1-1) won their season-opening game in the first round of the three-team Cleveland round robin tournament Saturday over the Nicollet Raiders 8-3. Krenik didn't say if he would shave his Grizzly Adams looking beard, but he may have to if the Clippers get another win.

Junior starting pitcher Lucas Walechka threw the first five innings to pick up the victory. He struck out five and allowed three runs on three hits, one walk and one hit by pitch.

"Lucas pitched a very good game," Krenik said. "He threw strikes. He was very effective with 72 pitches in five innings. Fifteen or less pitches per inning is good."

"Alex did a good job getting us out of the sixth and seventh innings," Krenik said. "He also threw in the strike zone, and the fielders made the plays." Cleveland had only one error

"We ran the bases well," Krenik said. "We took advantage of errors (three). We were patient at the plate. Whenever you put the ball in play, anything can happen."

The second game for the Clippers did not turn out as well as the Randolph Rockets blasted past Cleveland 10-0 in five innings.

Right-handed pitcher Brandon Gerster threw a no-hitter with 12 strikeouts and one walk in facing just 16 batters.

"They have a very good pitching staff," Krenik said. "He (Gester) has good speed, good location and a good curve ball when he needed it."

McCabe pitched the first inning for the Clippers, giving up six runs (four earned) on three hits, three walks and one strikeout.