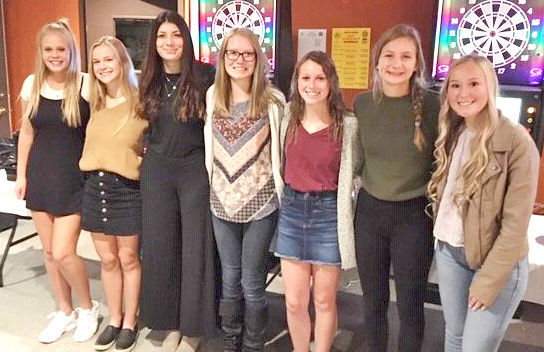 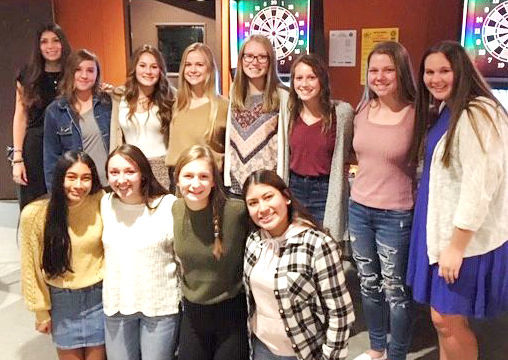 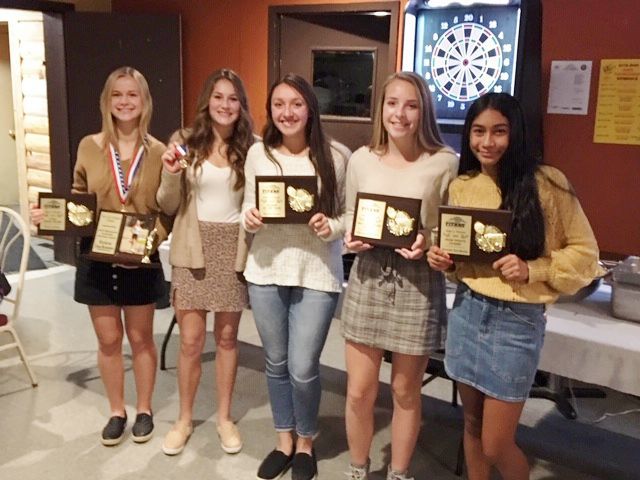 TCU girls tennis players hold an array of awards for their accomplishments this season. (Photo courtesy of Phil Murry)

TCU girls tennis players hold an array of awards for their accomplishments this season. (Photo courtesy of Phil Murry)

The Little Dandy in Le Center was filled with tennis players on Sunday, Nov. 3 for the annual banquet commemorating the end of the Tri-City United girls tennis season. It was a time to reflect, plan ahead and award the girls for their efforts.

TCU Coach Phil Murry began his remarks reflecting on the team’s growth at the beginning of the year.

“We came into this season with the first job of trying to get our numbers back up as we only had 17 girls out a year ago,” said Murry. “Our girls did a tremendous job of ‘selling’ our program and we ended up with 26 girls out. Of those 26, were first year players, and all but one were in grades 10-12. So that didn’t make us necessarily young, but very inexperienced. What we did gain was some very strong, athletic girls that really improved as the season wore on.”

The season proved more challenging than TCU would have liked. The team was moved up a rank to Class AA and, as a result, faced bigger and tougher schools, including Rochester-Mayo, which pushed the girls out in the first round of the Section 2AA tournament.

“There are teams we still don’t stack up well against, but we never shied away from a challenge,” said Murry. “Regardless of the score our girls continued to play hard. I said last year that one of the best parts of tennis is the quality of girls that we get out each year. This year was no different. In fact, this may be the nicest group or kids I’ve ever had. They really got along well and seemed to truly enjoy being around one another. Now the trick is to transfer that camaraderie to the courts in the summer, when tennis players are made.”

Beyond the sport itself, the TCU team proved to be successful where it most counts: academics. The team put together had a grade point average of 3.843, earning the team the title of an Academic All State Gold Team. Erica Jackson qualified as an Academic All State Individual with a GPA over 3.75.

“This was Rachel’s first year out for tennis and she worked her way up to earn a spot playing doubles for us,” Murry said. “She is a tremendous athlete and her hard work really helped her pick up the game very quickly.”

“When she plays her ‘game,’ the game usually lasts at least a couple of hours,” said Murry on Ruiz. “Her goal is to wear them down and let them make the mistakes.”

“Now that our numbers are coming back, we need to take the next step,” said Murry on the team’s future. “That is putting in the time in the off-season to get out on the court and just play. By moving to the big school class, it gave a glimpse into what we need to become in order to compete at that level. But you have to put the effort into making yourself better. There is no substitute for playing.”