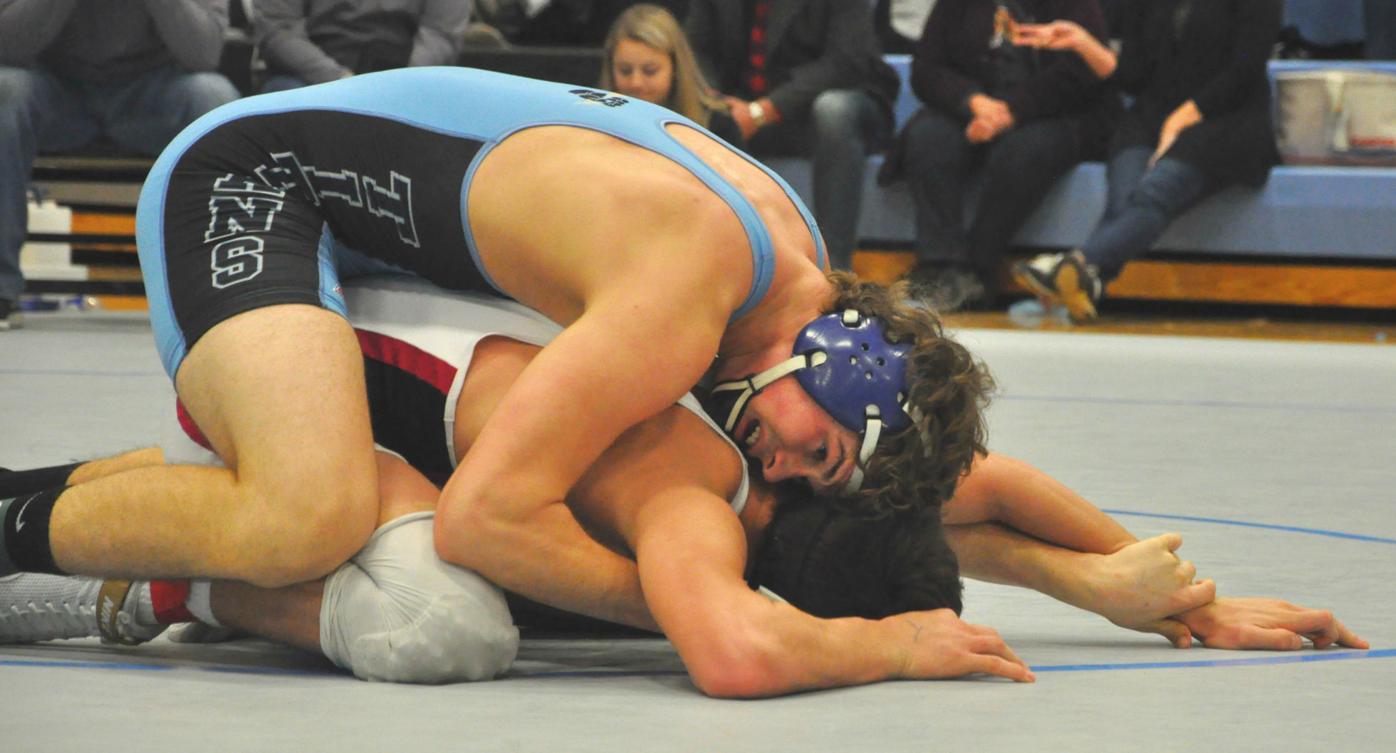 Steve Miller (170) wrestles Jay Skogerboe (NP) in the championship match. Miller was the only Titan to place first. 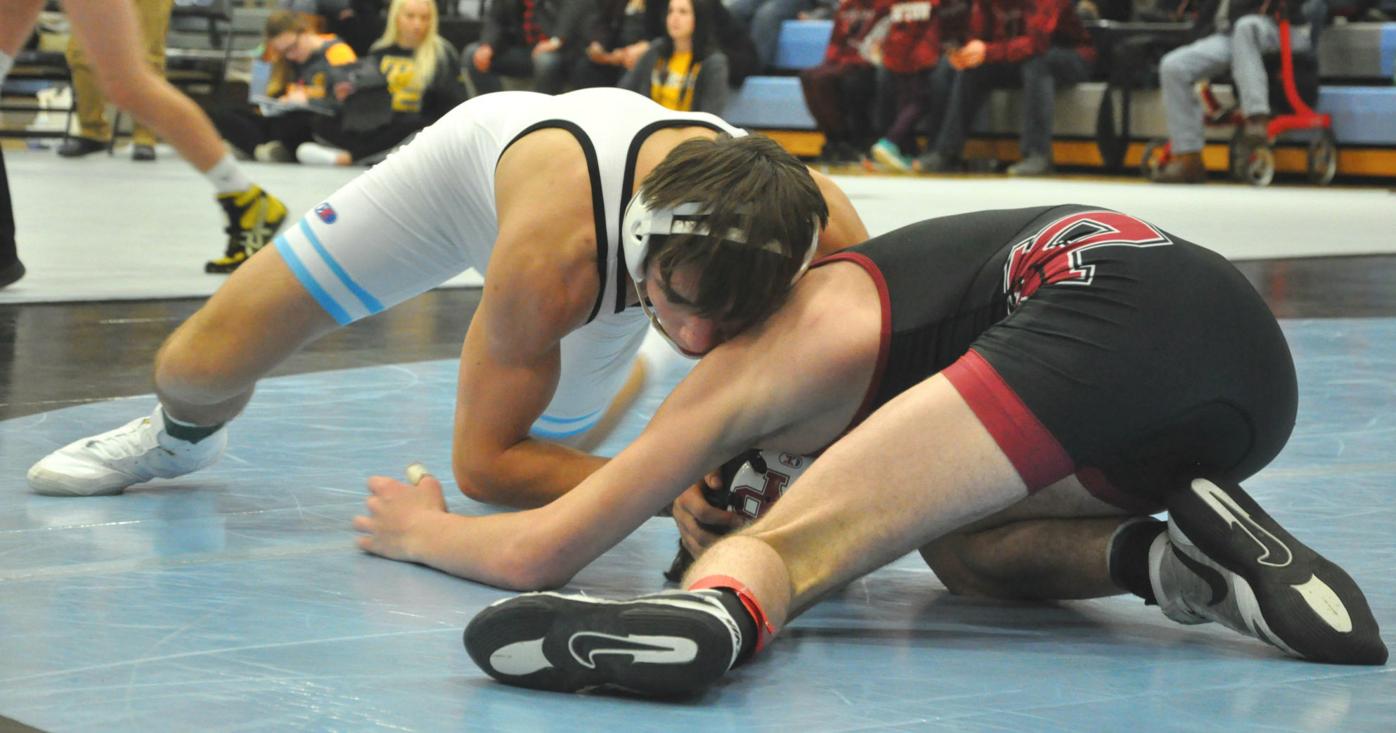 Sam Miller (195) faces off against Kieran Hendel from Mankato East and earns himself third place with a 9-1 major decision. (Photos by Ashley Murtha/Le Sueur County News)

Steve Miller (170) wrestles Jay Skogerboe (NP) in the championship match. Miller was the only Titan to place first.

Sam Miller (195) faces off against Kieran Hendel from Mankato East and earns himself third place with a 9-1 major decision. (Photos by Ashley Murtha/Le Sueur County News)

Tri-City United hosted its annual wrestling invite Saturday, and the Titans finished third place with most wrestlers seeing the podium.

The Titans wracked up 202 points with 14 wrestlers reaching fifth place or better. They were only beat out by New Prague with 238 points and Plainview-Elgin-Millville with 215. Mankato East took fourth overall with 106 points and Howard Lake-Waverly-Winsted came in fifth with 92.5.

Steve Miller (170 pounds) stole the show for the Titans by defeating Jay Skogerboe of New Prague in the championship match. The score was close throughout the match, but Miller just snuck past Skogerboe to take the 8-6 win and the championship. Miller finished 2-0.

All but Whipps found themselves up against New Prague wrestlers as well.

Franek (113) faced Joey Novak and though he struggled, he wasn’t a match for the Trojan who won the match with a technical fall at 17-1. Overall, Franek ended the day 2-1.

Johnson (120) faced off against Nick Novak and though the match was closer than Franek’s he still couldn’t get it close enough and Johnson fell to a 9-1 major decision. Johnson finished 2-1.

Reyes (220), who beat the No. 1 ranked wrestler in the class a few weeks ago, fell to Will Busch. Their match was much closer and even across the board. But Busch secured a 3-2 win. Reyes finished the day 2-1.

Whipps (126) met with Le Sueur-Henderson’s star wrestler Jorge Hernandez for the championship. Hernandez was the sole representative for LS-H at the state meet last year, so it’s no surprise that he would put a challenge for Whipps. In the end, Hernandez defeated Whipps with a 7-3 decision to take the championship. He finished 2-1.

The Titans head to Mapleton on Thursday to face Bloomington and Maple River and then go to Watertown on Friday for a triangular against Mound Westonka and Watertown-Mayer.