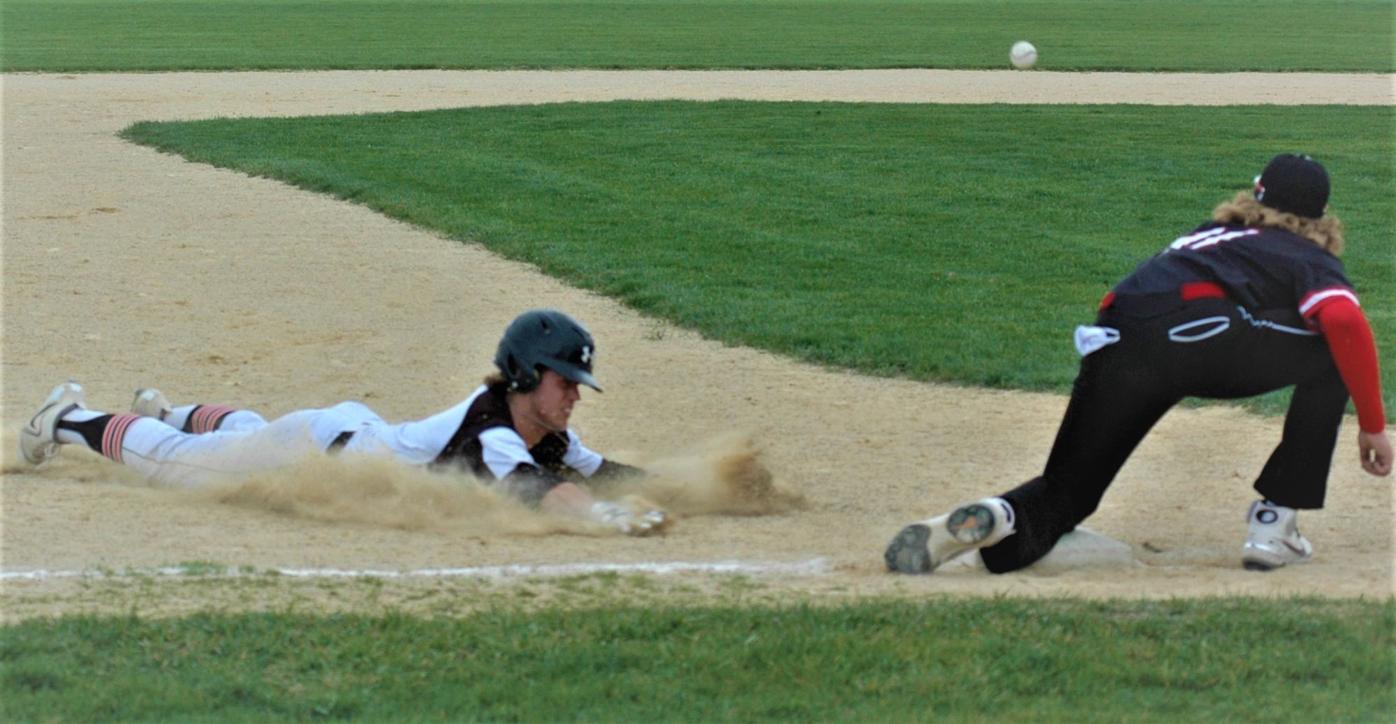 Cleveland’s Alex McCabe goes from first to third on an error. (Pat Beck/southernminn.com) 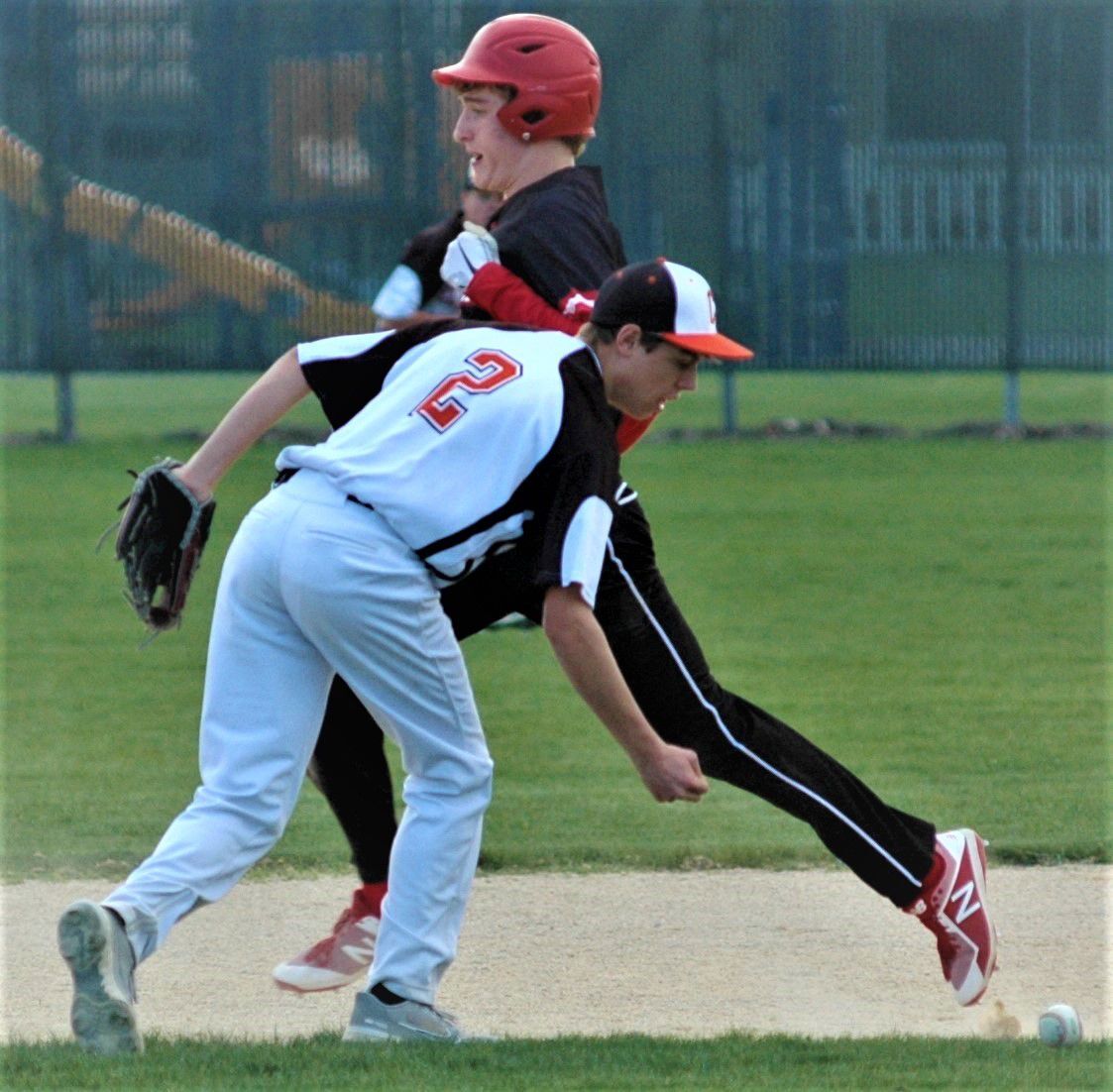 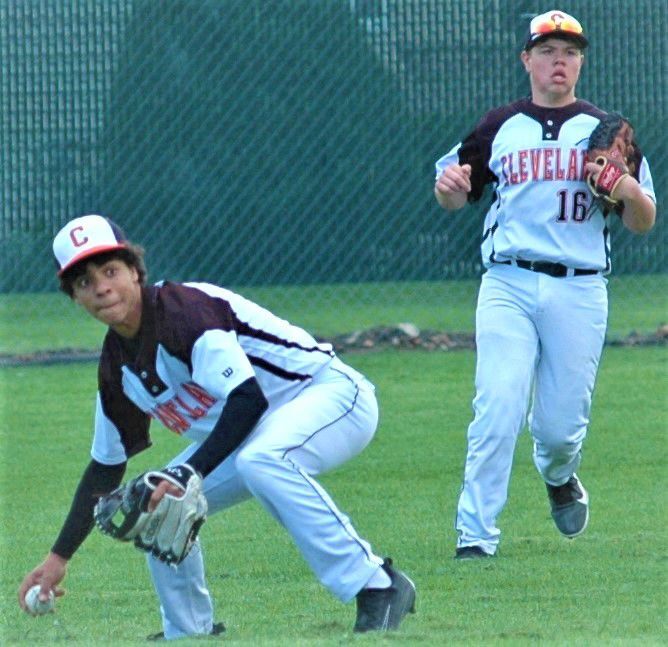 Cleveland center fielder Kaleb Timm picks up a St. Clair single to center and sets to throw it to second, backed up by left fielder Gabe Sullivan. (Pat Beck/southernminn.com)

Cleveland baseball team jumped to a 9-0 lead over St. Clair after two innings on the way to a 13-3, five-inning victory on Monday.

The visiting Cyclones scored three runs in the third inning to cut the lead to 9-3, but the Clippers answered with three runs in the bottom of the inning and a run in the fifth to win by the 10-run rule and complete a season sweep of St. Clair.

Shortstop/lead-off hitter Carter Dylla went 4-for-4 with a double, triple, one RBI and three runs scored.

Left fielder Gabe Sullivan also had a perfect day at the plate, going 3-for-3 with a walk, RBI and two runs.

Right fielder Tanyon Hoheisel went 1 for 3 with a double, RBI and a run.

Catcher Jackson Meyer finished 1-for4 with a run.

Second baseman Elijah Sullivan went 1-for-3 with a walk and a run.

First baseman Lucas Walechka went 0-for-3 with a walk and two runs.

Center fielder Kaleb Timlin batted 0-for-3 with a walk, stolen base and an RBI.

Krenik (1-0) went the distance to earn victory on the hill. The lefthander surrendered three runs (one earned) on six hits over five innings, striking out three and walking one.

The Clippers have three more games this week: Tuesday at Nicollet, Thursday at Janesville-Waldorf-Pemberton and Friday versus Mountain Lake. All games begin at 4:30 p.m.