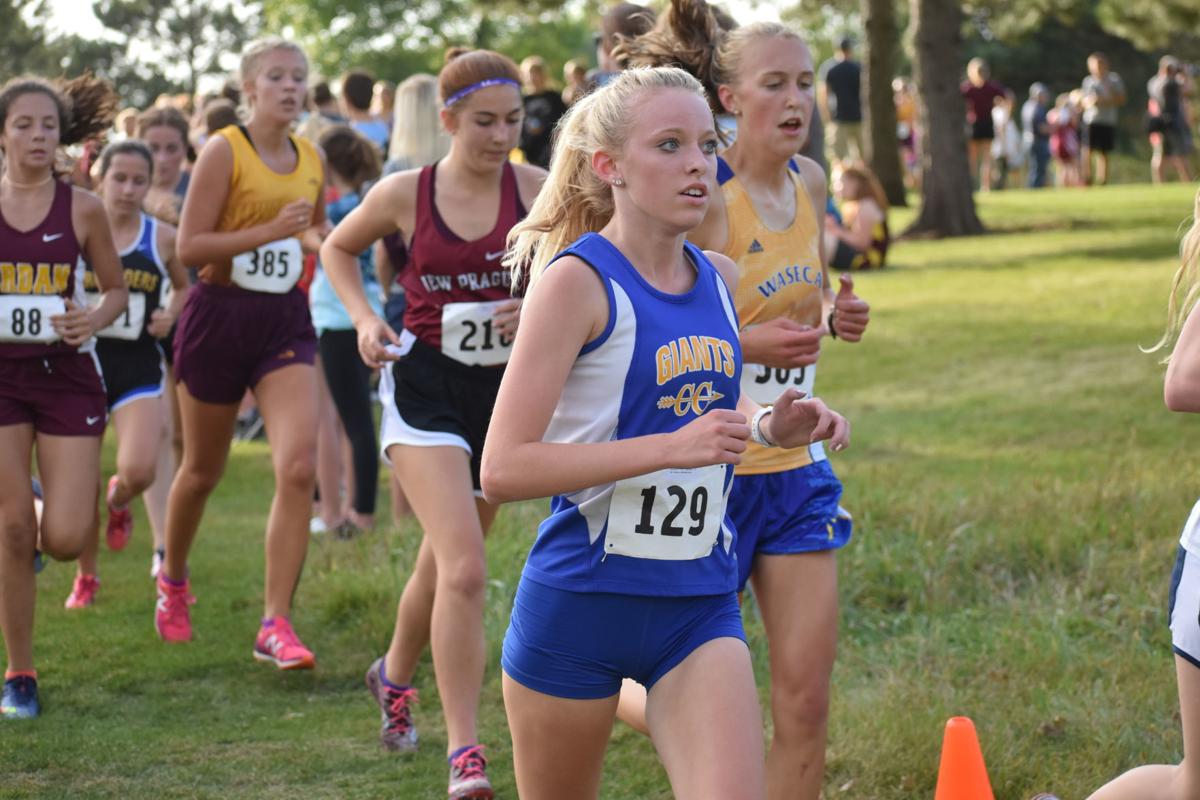 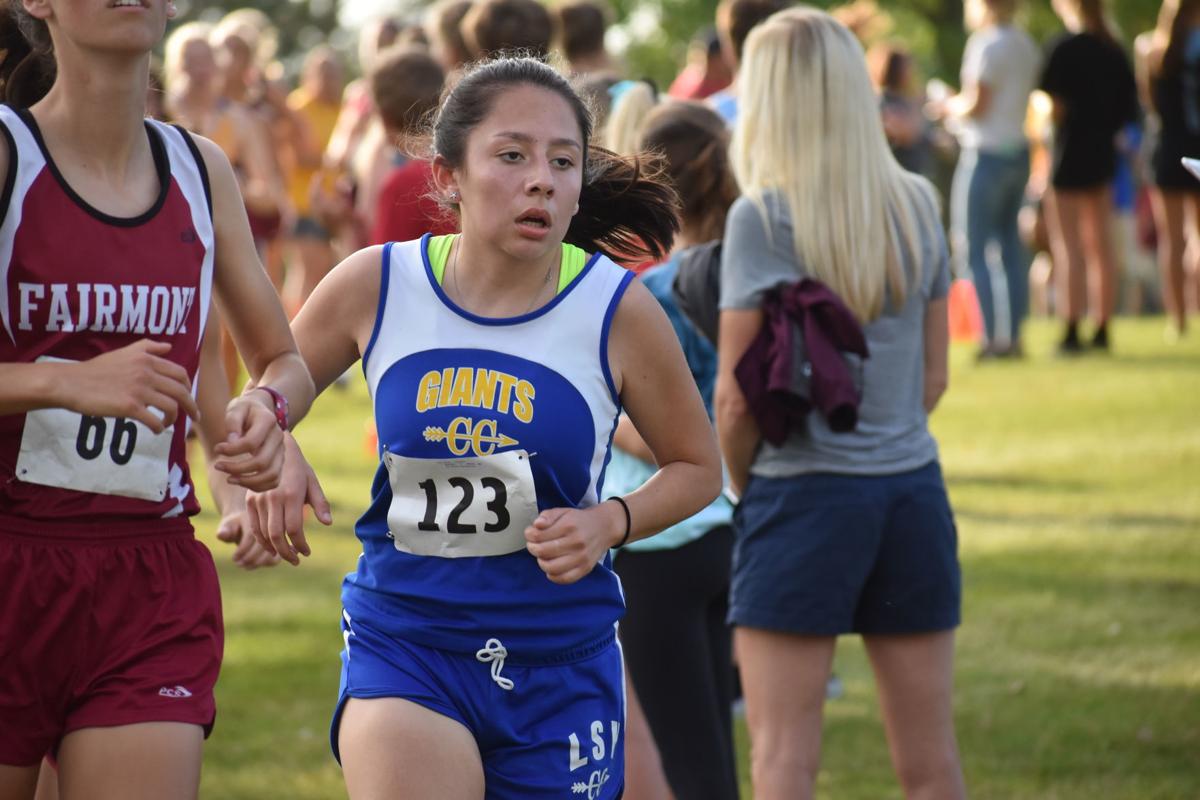 Arlett Rios, who will be a senior this fall, was the second-place finisher among the Giants girls cross country team at the TCU Gerry Smith Invite last season. (Philip Weyhe/Le Sueur County News) 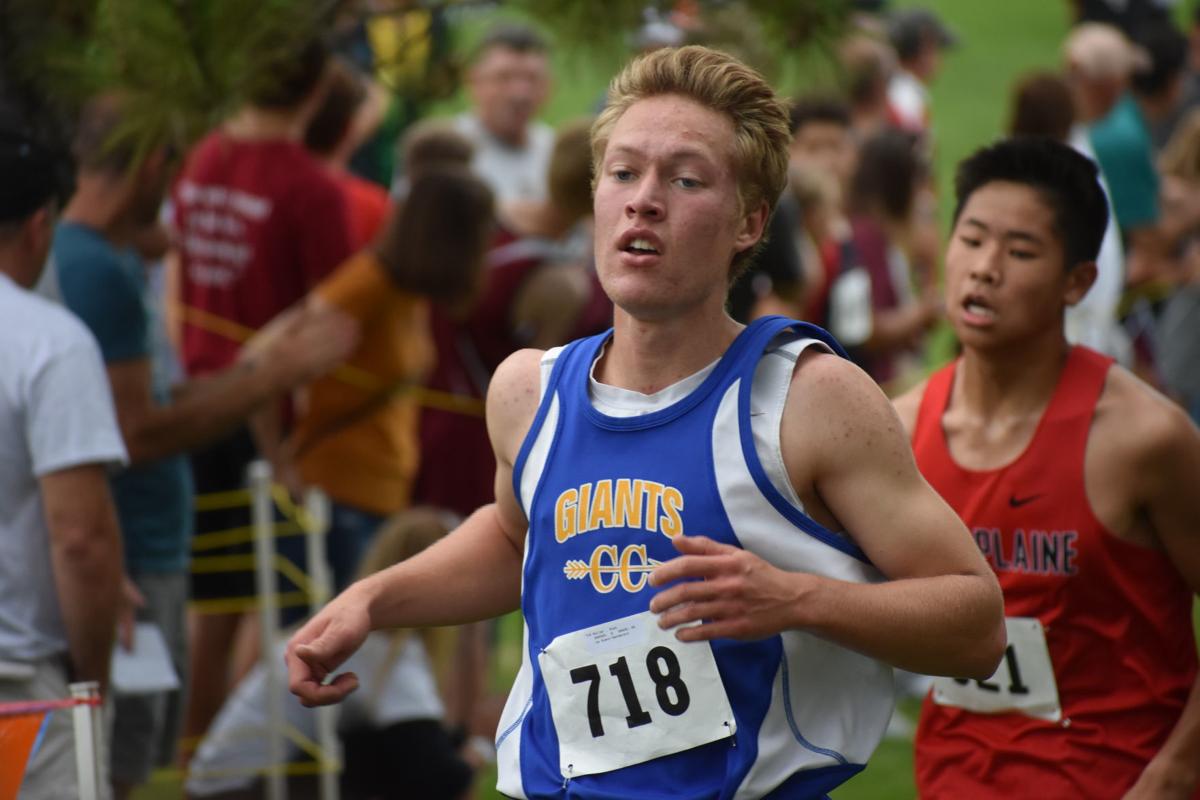 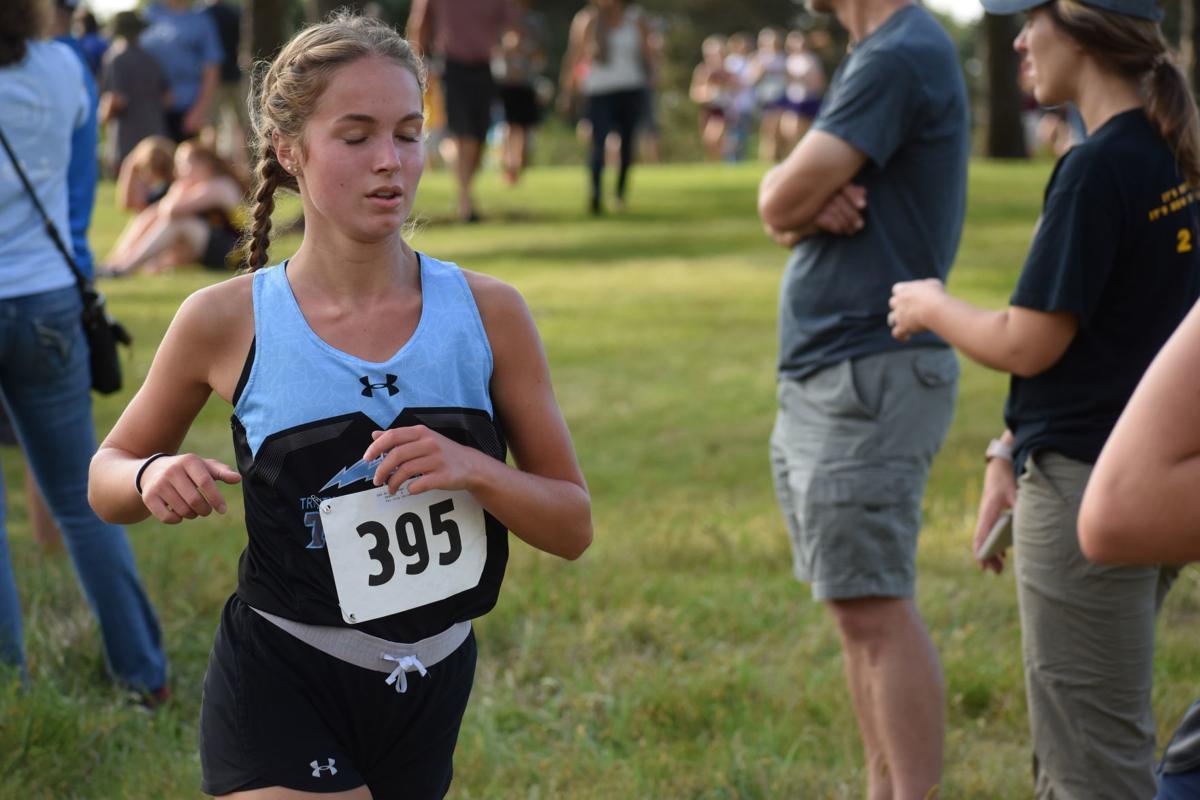 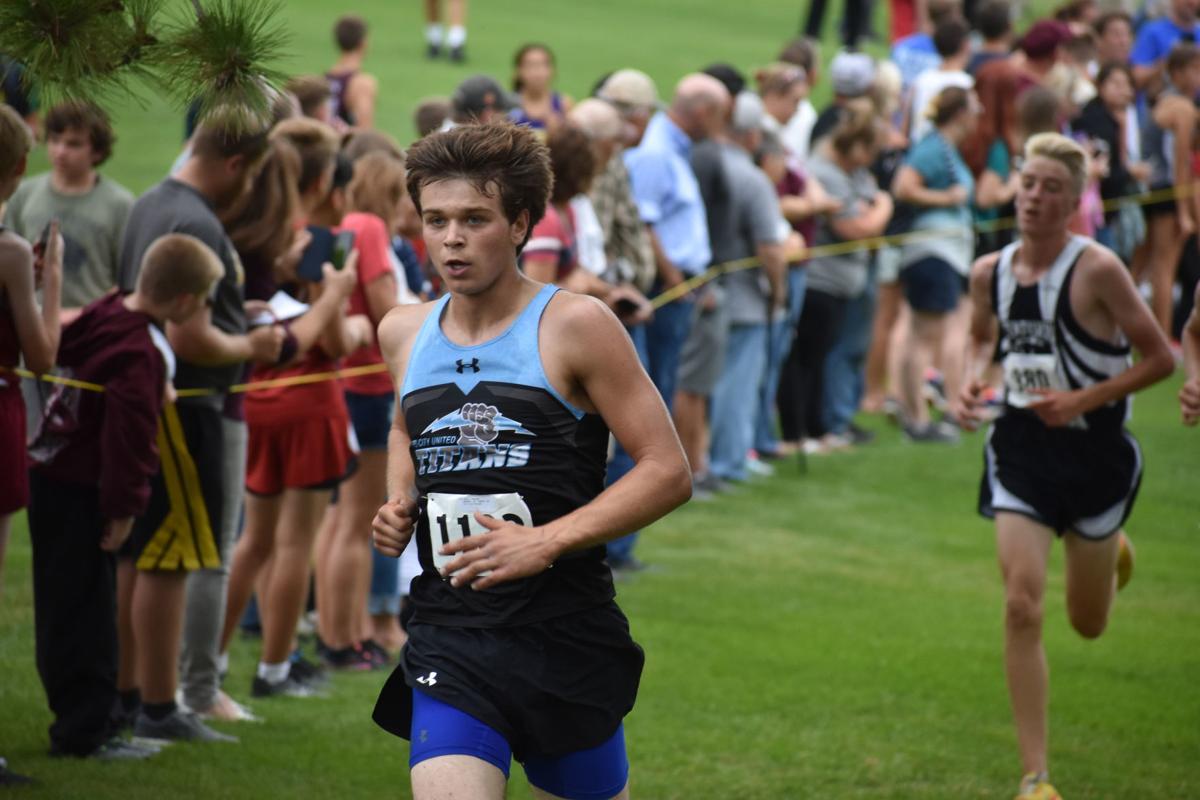 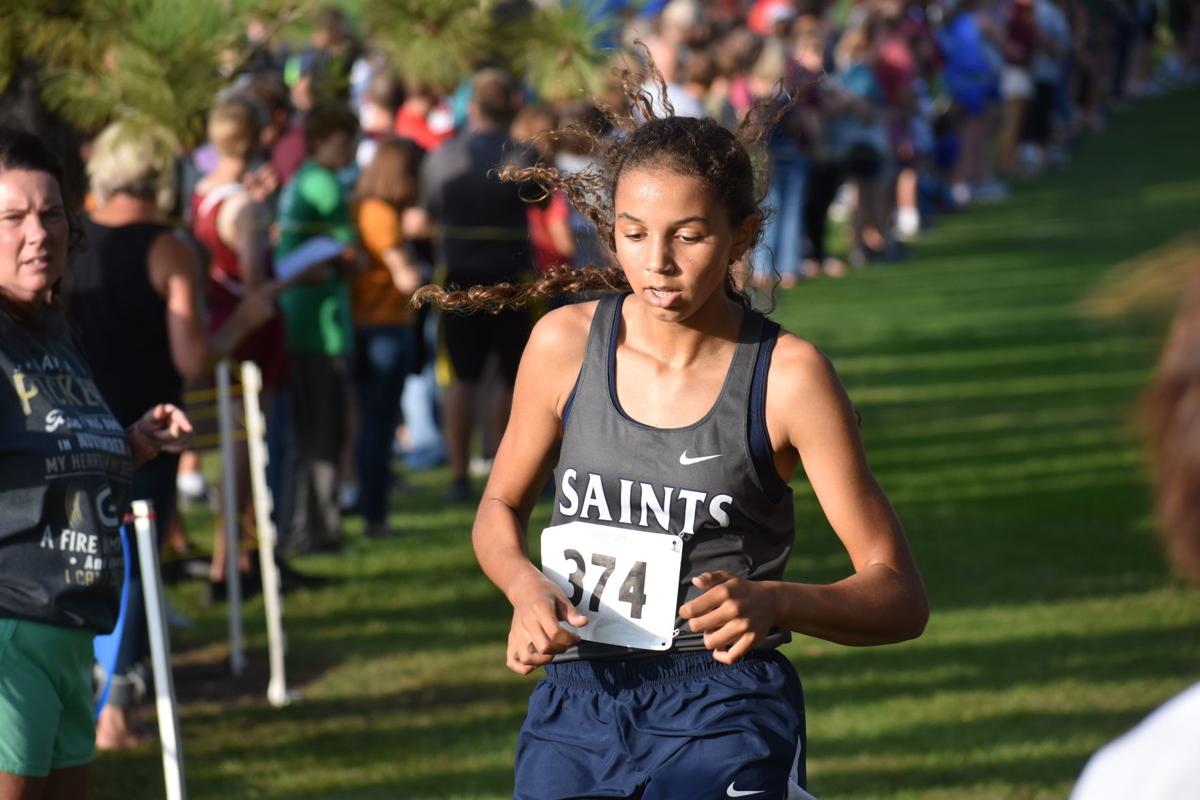 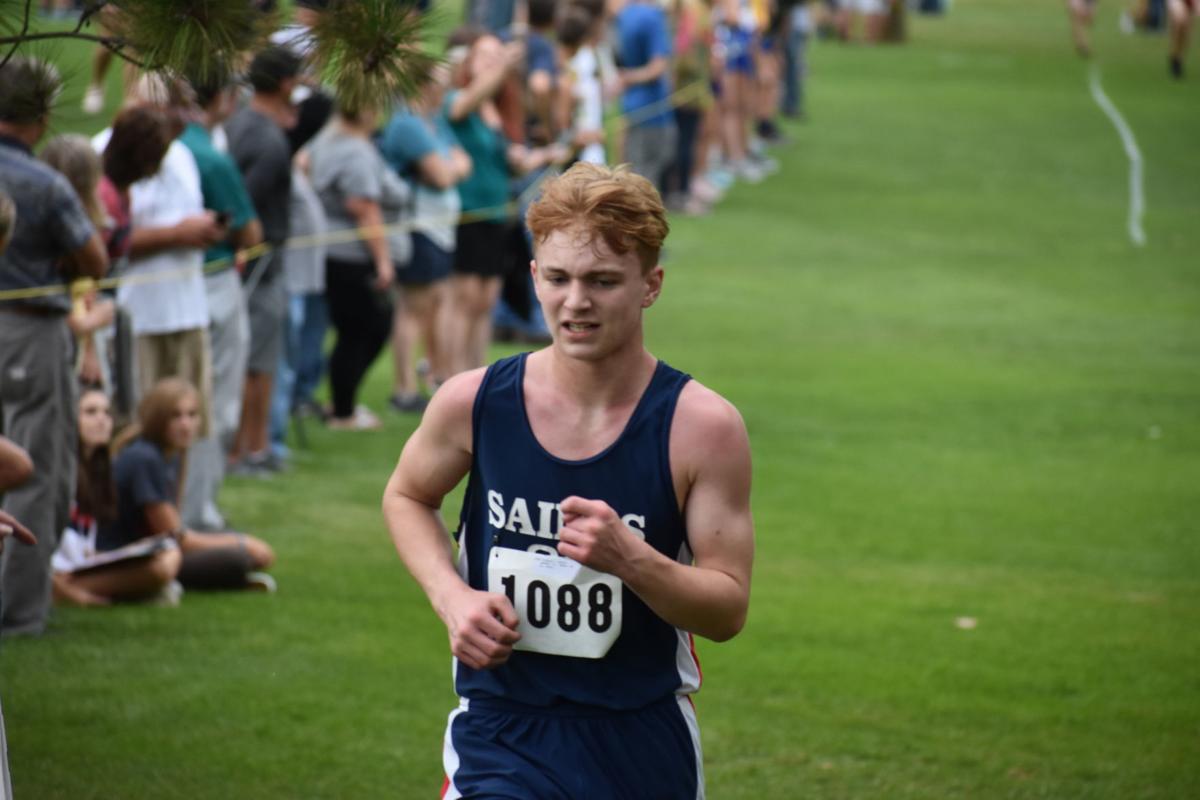 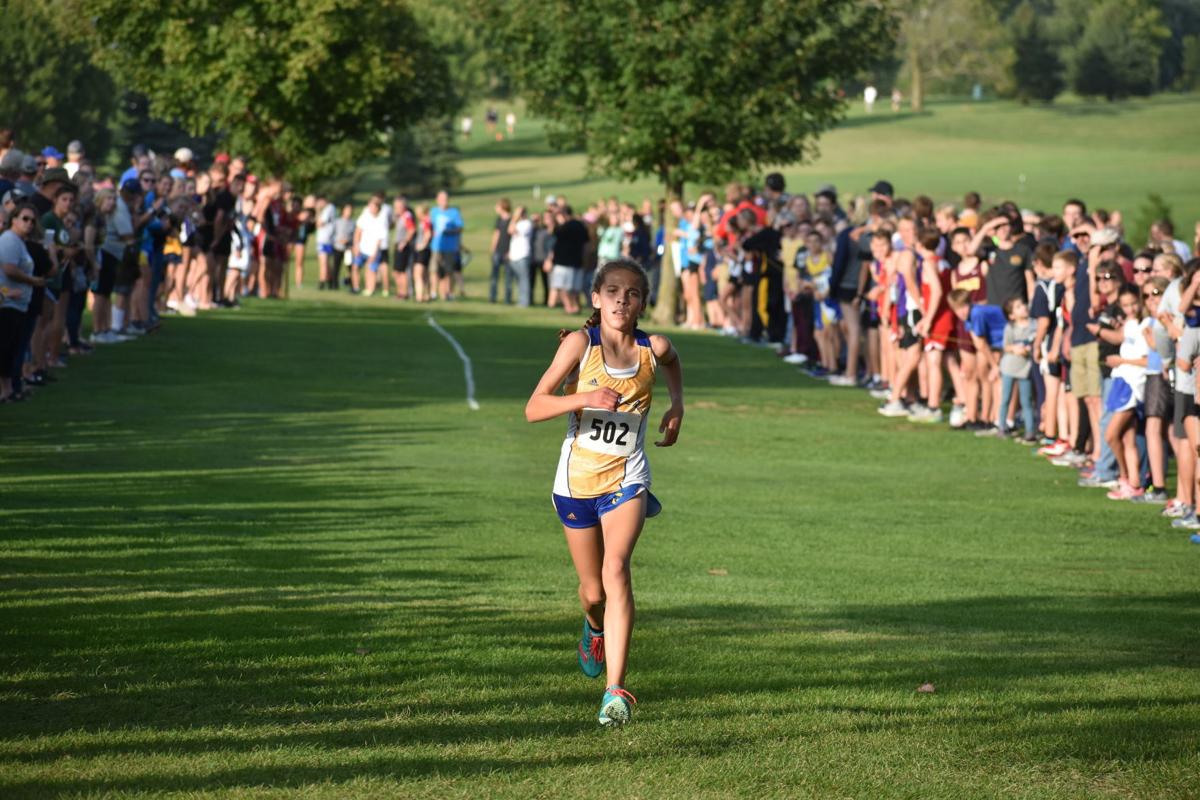 St. Peter boys and girls teams were incomplete at the invite, but one freshman Saints girl impressed among the hundreds of runners on the day.

Waseca freshman Ella Dufault finished first out of 156 finishers in the 5K in 18:48.9. Fairmont sophomore Laura Thompson took second in 19:26.4.

“I thought Hadley and Hailey ran well as our lone two varsity runners,” St. Peter coach Jeff Portugue said. “Hadley was a medalist in the varsity and will only get faster with some strength training.”

The coach shouted out some of the other St. Peter runners, too.

“Breeley Ruble — her first year out was seventh in the JV race and will be running varsity next week looks to be a great addition to the team,” he said. “As a team, we are much improved from last season with Reese Portugue, Grace Plozin and Emma Johnson looking to also be added to the varsity with solid performances in the JV race. I also look for Sky Gassman to make the varsity on and off this season.”

“We continue to see improvements from many of the runners at this point of the season,” LS-H coach Don Marcussen said. “There were about 24 runners that ran better times this year at this same meet than last year, but there were also a few runners that did not do as well and struggled today. The weather was a little warmer than what we have been training in, and I’m sure this bothered a few of them...the course is also a little more hilly that we are used to and some simply don’t race on hills very well.

“We have a few courses coming up that are a little more flat and therefore should be a little faster for most of our runners and we will see how that goes for them.”

“I was very pleased with the meet tonight,” TCU coach Brian Fogal said. “Both the varsity boys and girls teams were much improved when compared to last year’s meet. Nearly every girl again improved times from last week. The girls team placed a respectable 16th in a field of nearly half AA schools. Yasmin Ruiz placed 8th out of 133 junior high girls.”

“Austin Antony was a medalist placing 14th,” Fogal said. “Hunter Rutt earned a ribbon at 32nd place. When compared with our section teams, I think we have a shot at winning the conference and making the state meet as a boys team. This is probably our strongest boys team in many years. The team 1-10 has been running really well. “

The next meet is set for 4 p.m.Tuesday, Sept. 10 at the NYA Lions Invite at Baylor Park.