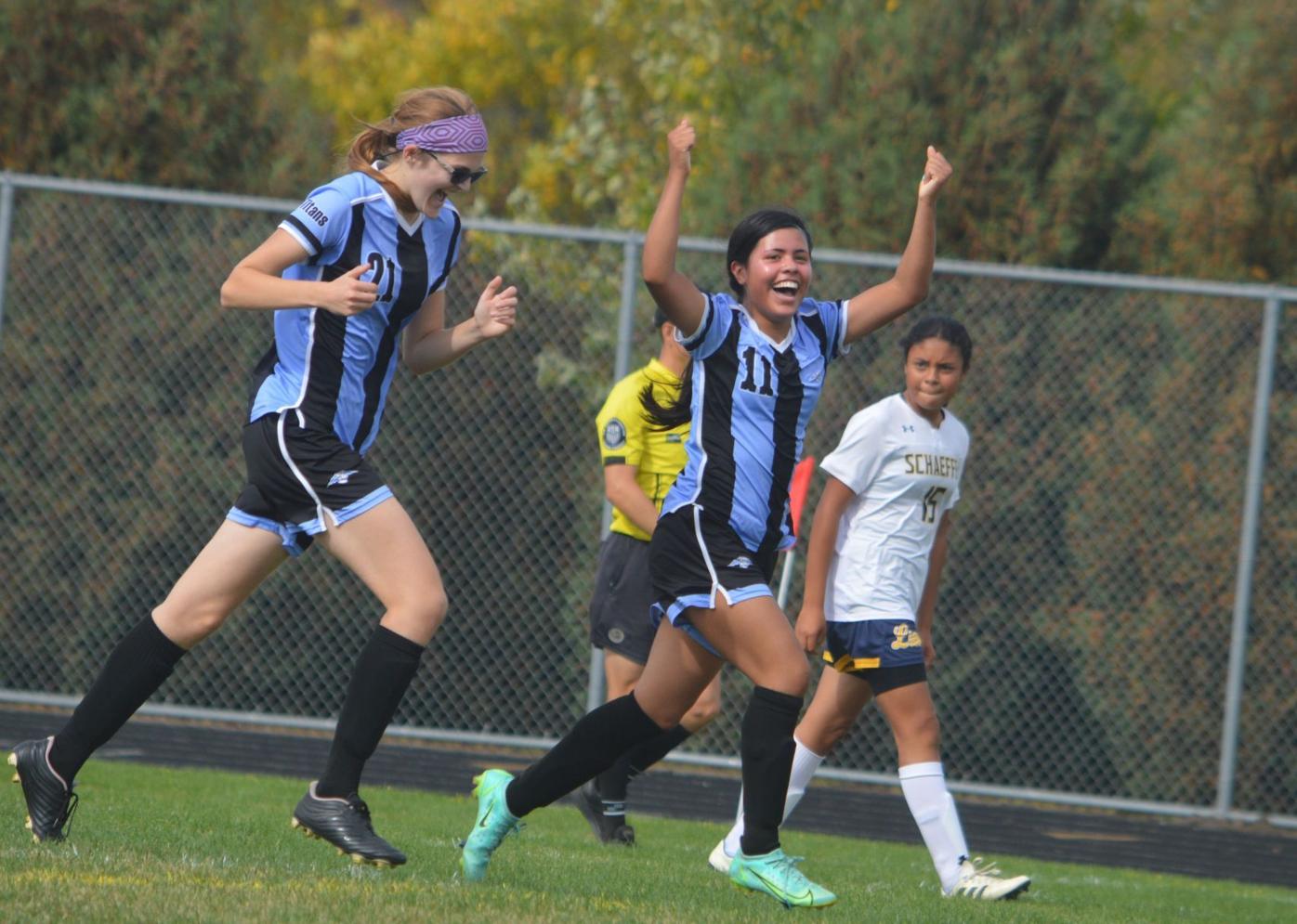 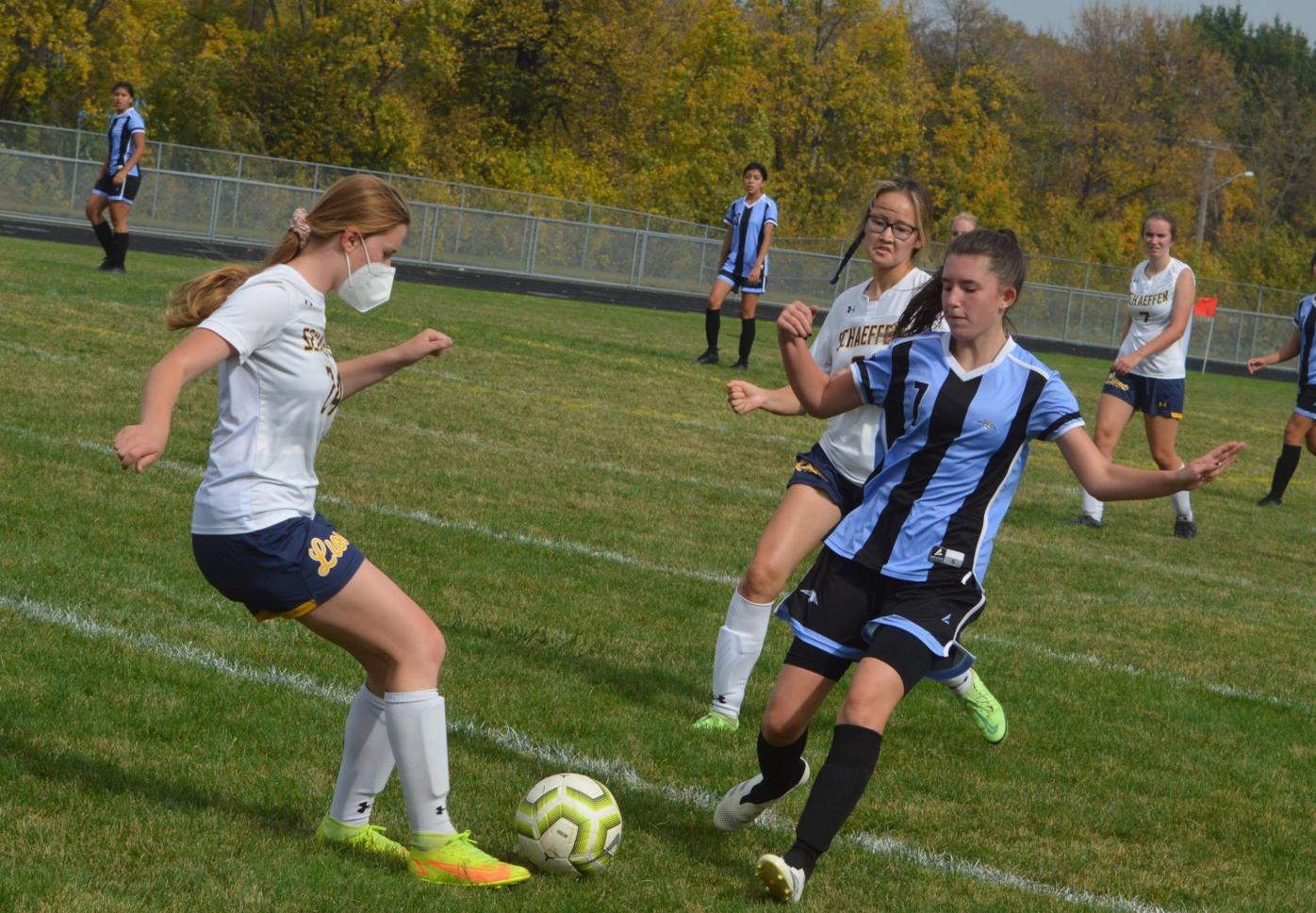 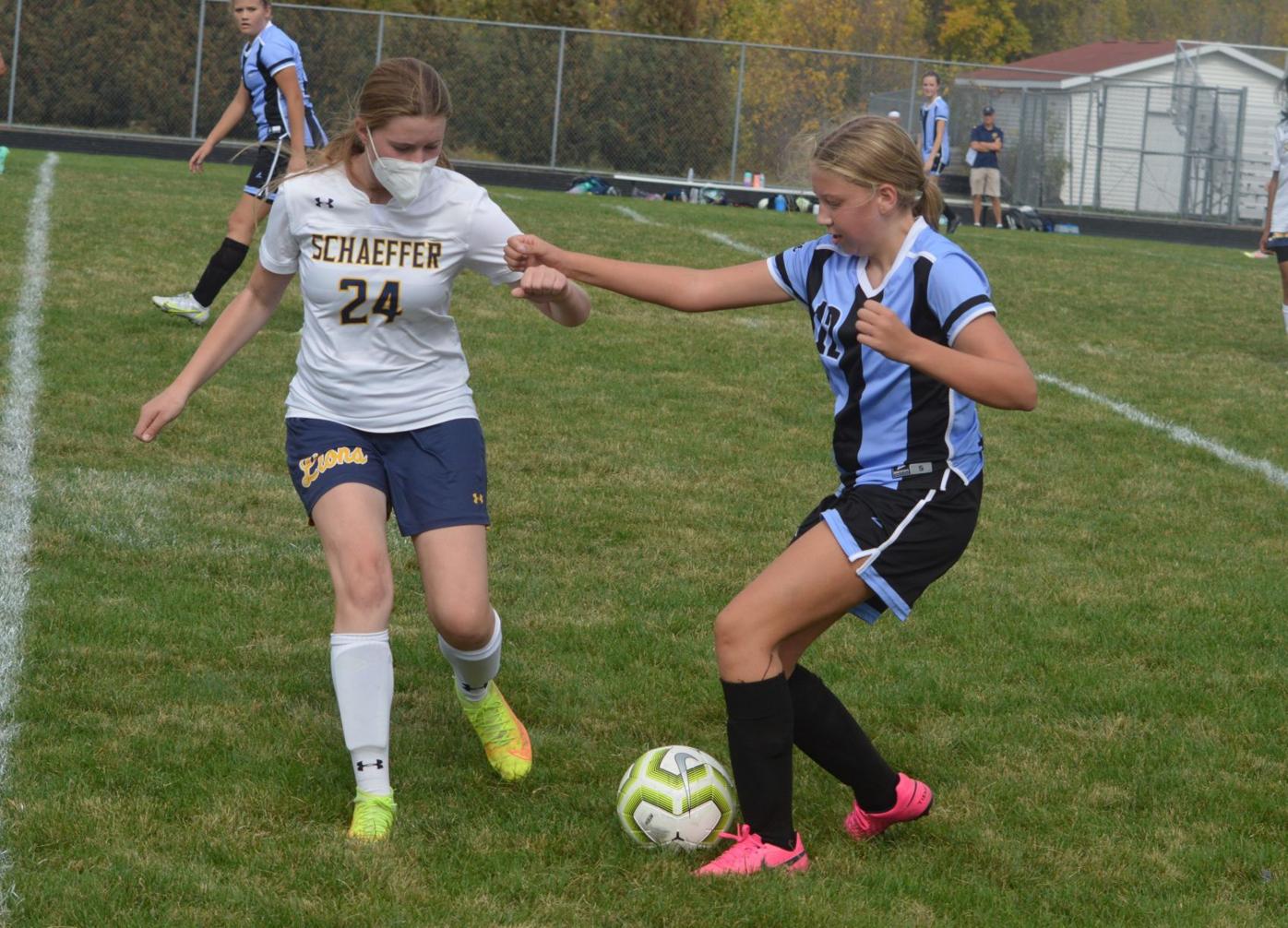 The Tri-City United girls soccer team (1-13-1) delivered one of their best performances in program history to end the season.

In a duel against Schaeffer Academy, the Titans switched from playing defense to putting pressure on the opposing team’s net. Schaeffer earned a one-point advantage early, but the Titans tied up the game 1-1 in the second half and finished on a draw.

“This is the most complete game of soccer we’ve ever played,” said Coach Cary Langer. “This was a team effort, because all the things we’ve worked on all season finally came to fruition. We were passing a lot; we were making simple passes to another, give and go’s — and all of that was utilized today.”

The Titans set a much more aggressive tone in this game, compared to their prior matches. In the past, the Titans relied on a strong defense to resist the pressure of more experienced teams. But on Saturday afternoon, the girls were shooting on Schaeffer’s goal, while also defending against the opposing team’s shots.

“We played with these girls, and these girls have been playing for years much longer than we’ve been playing,” said senior midfielder Alexa Oros. “We have girls that are literally in their first year playing soccer that are going up against those girls. It’s great to see that we matched up pretty well.”

Kinsey Mach, Nora Titus and Danessa Buckingham put the pressure on Schaeffer’s defense with numerous scoring attempts, but credit for the goal that the score from a loss to a draw goes to eight grader Guadalupe Lopez. With 24 minutes left on the clock in the second half, Lopez tied the game with a shot from the right hand side.

The last half of the game was a high stakes battle for each team to score just one more point. TCU kept the ball in Schaeffer’s territory and lobbed several shots at the goal. Schaeffer appeared to collect their second wind and pushed into the Titans’ side through the last 10 minutes. Liz Beth Mendez, Michelle Ramirez, Alexa Oros and Raena Weiss walled off their opponents and goalkeeper Calley Stephens saved every shot in the second half.

Time ran out, but both teams had one more chance to win in a 10-minute overtime game. Schaeffer attempted two shots on the Titans’ goal, but TCU withstood both. The Titans were a match for Schaeffer and attempted an unsuccessful shot in the second overtime half. Both teams remained even in the end.

“Coming from our sophomore experience, getting shut down 16-0 to tying 1-1, that’s amazing, and the program is just going to keep growing, so that’s cool,” said TCU senior captain Michelle Ramirez.

The Titans seniors were proud of the way they ended the regular season. Senior Liz Beth Mendez was both pleased with the team’s performance and thankful that the program will continue to grow after she graduates.

“I feel like the girls have really dedicated themselves to this program,” said Mendez. “This started with maybe four or give girls that signed up, and for the first couple of games, we had no subs. Now we have five to seven subs and more girls that want to join next year. This program is going to continue to grow.”