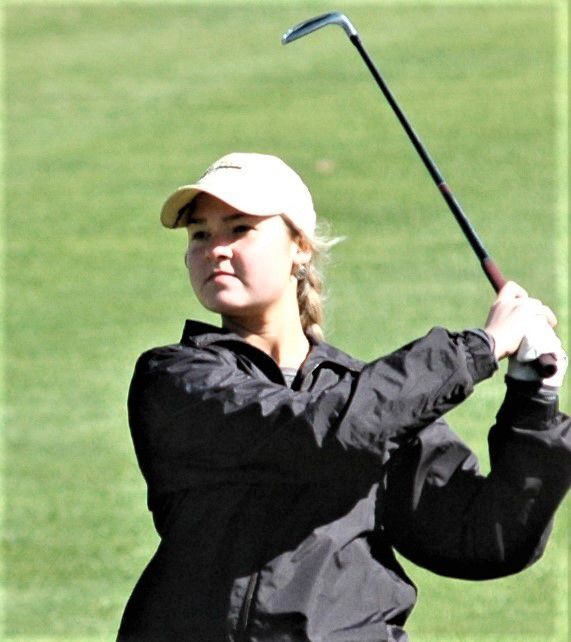 Le Sueur-Henderson senior MaKenna Reinhardt, shown hitting an approach shot on the first hole at Montgomery Natioanl Golf Club, continues to maintain the MVP of the Minnesota River Conference with a solid 42 at Shadowbrooke. (Pat Beck/southernminn.com) 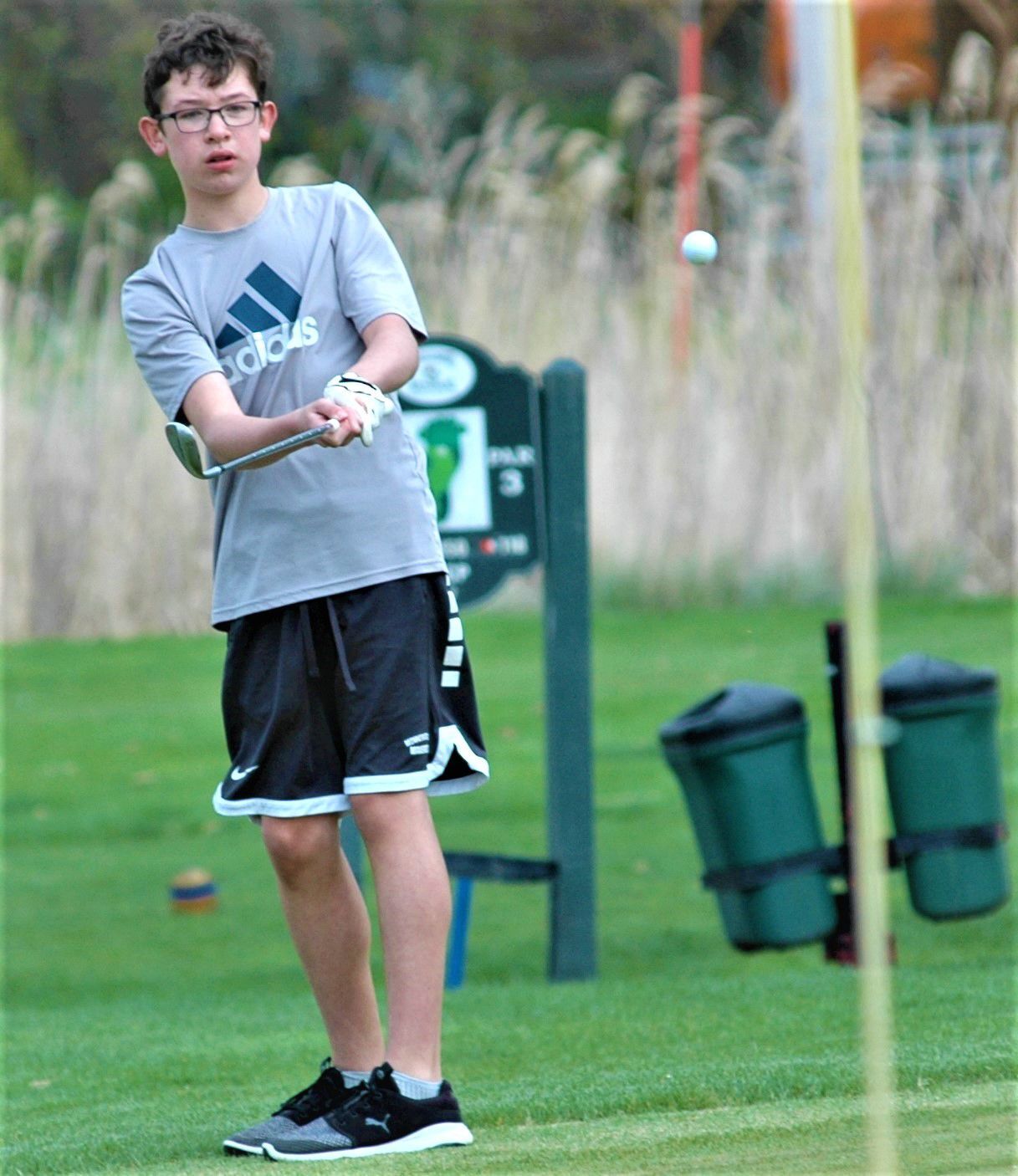 Le Sueur-Henderson senior MaKenna Reinhardt, shown hitting an approach shot on the first hole at Montgomery Natioanl Golf Club, continues to maintain the MVP of the Minnesota River Conference with a solid 42 at Shadowbrooke. (Pat Beck/southernminn.com)

The Le Sueur-Henderson/Cleveland/Sibley East Giants boys and girls’ varsity golf teams had their best team scores of the season this week.

“The teams are really playing well and are in good form,” coach Rod Reinhardt said. “Next week with the end of year MRC championships in New Prague the players are feeling confident. It has been real fun watching each player from middle school up to the varsity improving each day and gaining confidence.”

Monday the girls had their final regular MRC match at Shadowbrooke. They came in with the season’s best 202 taking second at the day’s event. Southwest Christian (190) took first and maintains their lead in the MRC. MaKenna Reinhardt continues to maintain the MVP of the conference with a solid 42. Allison Cink fired a 47. Darbi Dunning shot a 53 hitting the ball very well. Coope Vanden Einde, who just started golf this year, is playing well and shot a 60. Rounding out the varsity scores were Peyton Hartmann’s 62 and Sofie Wilson’s 68. Anna Kawatski Klein 69 and Morgan Haggenmiller 74 for the junior varsity.

Tuesday the boys played in their final MRC match also having their best team score with a 205, taking third in the days event out of five teams. Southwest Christian (165) took first at this event. Ayden Christ remains at the top spot for the team shooting a solid 48. JD Reinhardt had his best nine in a few events firing a 51. Jack Feterl shot a 53 while having some bad breaks on the course. Zack Sullivan (53) and Jack Steinborn (54) had their best nine holes and are really looking in good form. Gavin Karels from Cleveland shot a 65. JV scores for LSH were Corbin Thompson 58, Dakota Alitz 57, Casey Fahey 61, Hunter Jones 72, Owen Lawrence 73, and Carson Peck 80.