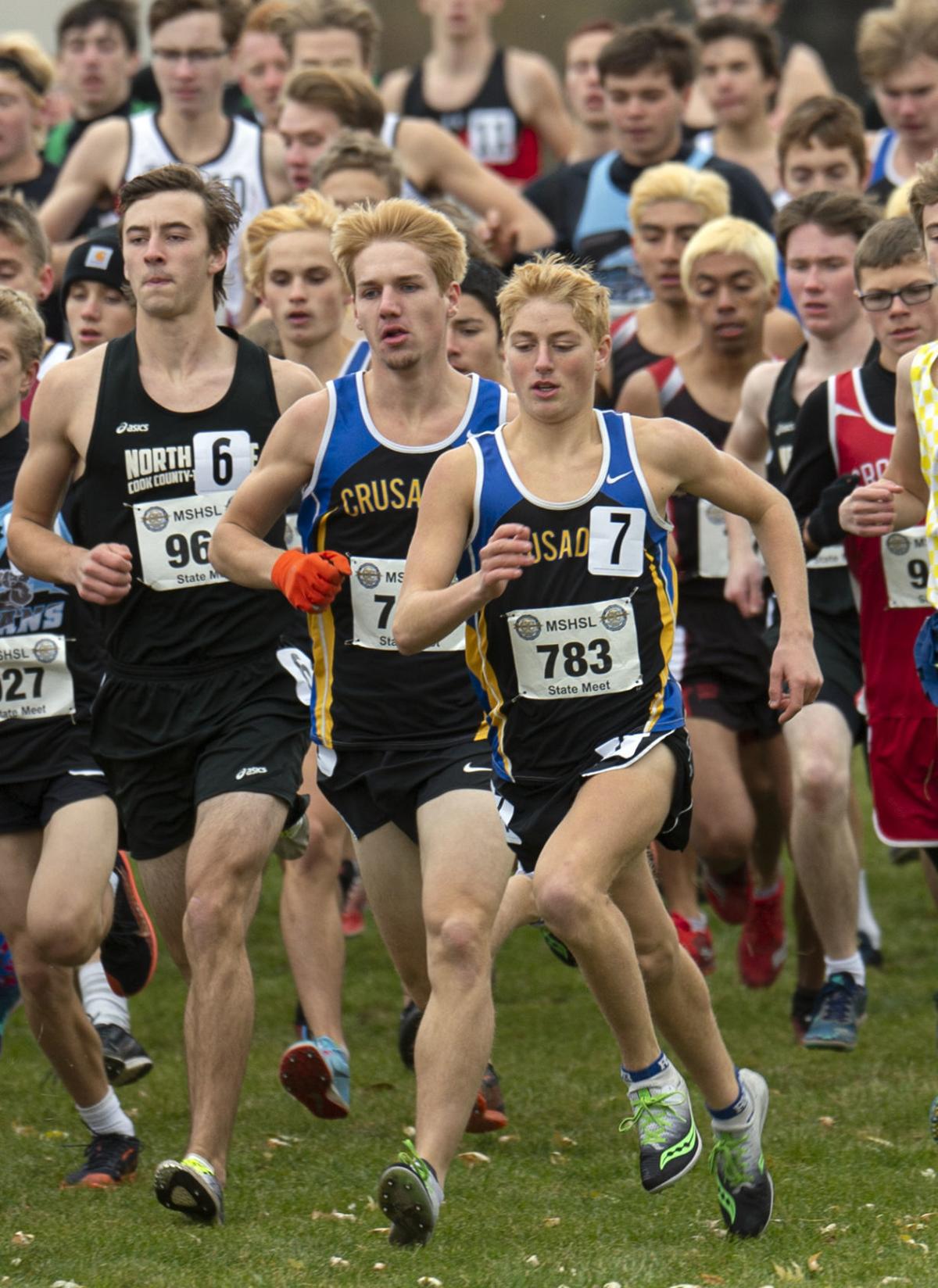 Easy to spot with their carrot-dyed tops, Mitchell Johnstone (front), Jerrett Peterson and Tyler Erickson (back) try to get ahead of the pack just after the starting gun at the state cross-country meet, held on the campus of St. Olaf in Northfield on Saturday. (Richard Rohlfing/Le Sueur County News) 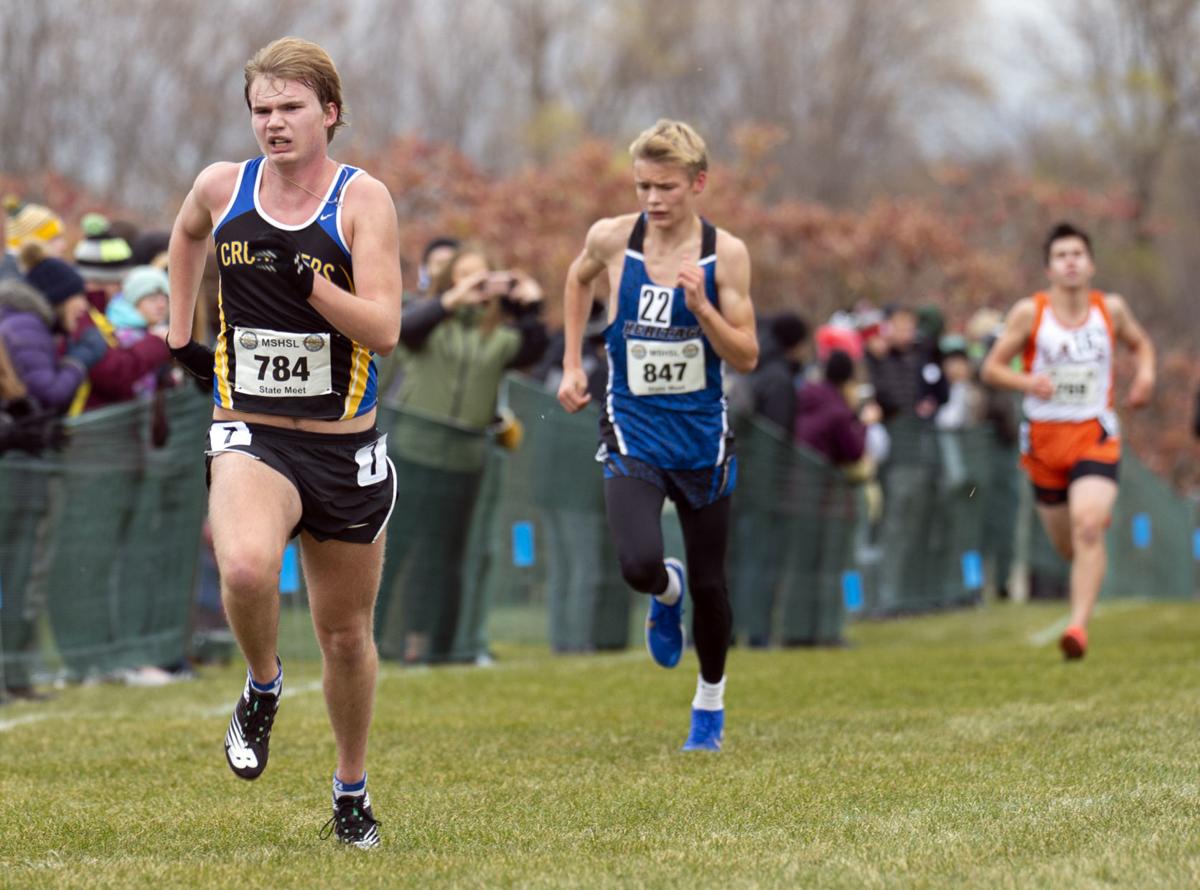 Easy to spot with their carrot-dyed tops, Mitchell Johnstone (front), Jerrett Peterson and Tyler Erickson (back) try to get ahead of the pack just after the starting gun at the state cross-country meet, held on the campus of St. Olaf in Northfield on Saturday. (Richard Rohlfing/Le Sueur County News)

With 11 trips to the state cross country meet among seniors Mitchell Johnstone, Jerrett Peterson and Brett Omtvedt, this year’s state Class A contest Saturday at St. Olaf College in Northfield was the end of an era for Loyola/Cleveland cross country.

As a team, the Crusaders were ranked 11th but finished in 13th place.

“Those guys were just great leaders for the last couple years, setting up this program for where it is today,” head coach Dale Compton said. “Without them, we would never even be here. Whether it was the finish we wanted or not, you can’t take away what they’ve done for this program.”

Erickson and Younge were the only Crusaders to lower their times from a year ago, Erickson by 63.2 seconds and Younge by 2 minutes and 30 seconds.

“I know they came in ready and were really excited about being here again for four-straight years, but it was not quite what they were hoping for,” Compton said.

Pushing the top five along, eighth graders Jorden Rossow had a 19:28.2 for 167th place and Nathan Strobel came in in 172nd with a 20:23.4. Senior Cooper Thomez and freshman Nicholas Huisken were alternates.

The Crusaders will have two seniors back next fall, Erickson and Joe Houston, who was injured early this season.

“We’ll have two seniors to keep us going, and we’ll be competitive again,” Compton said. “We always have high standards for these guys, and that’s what’s been set by previous seniors, and they carry it on with their hard work and dedication.”

Erickson, the heir apparent, appreciated that the seniors persuaded him to take up cross-country and said that he wants to make sure the next round of Crusader runners continues with their work ethic.

“I need to make sure everybody does summer miles and puts in the effort for next year. We have a lot of great seniors this year, so I we will have to keep their culture alive.”