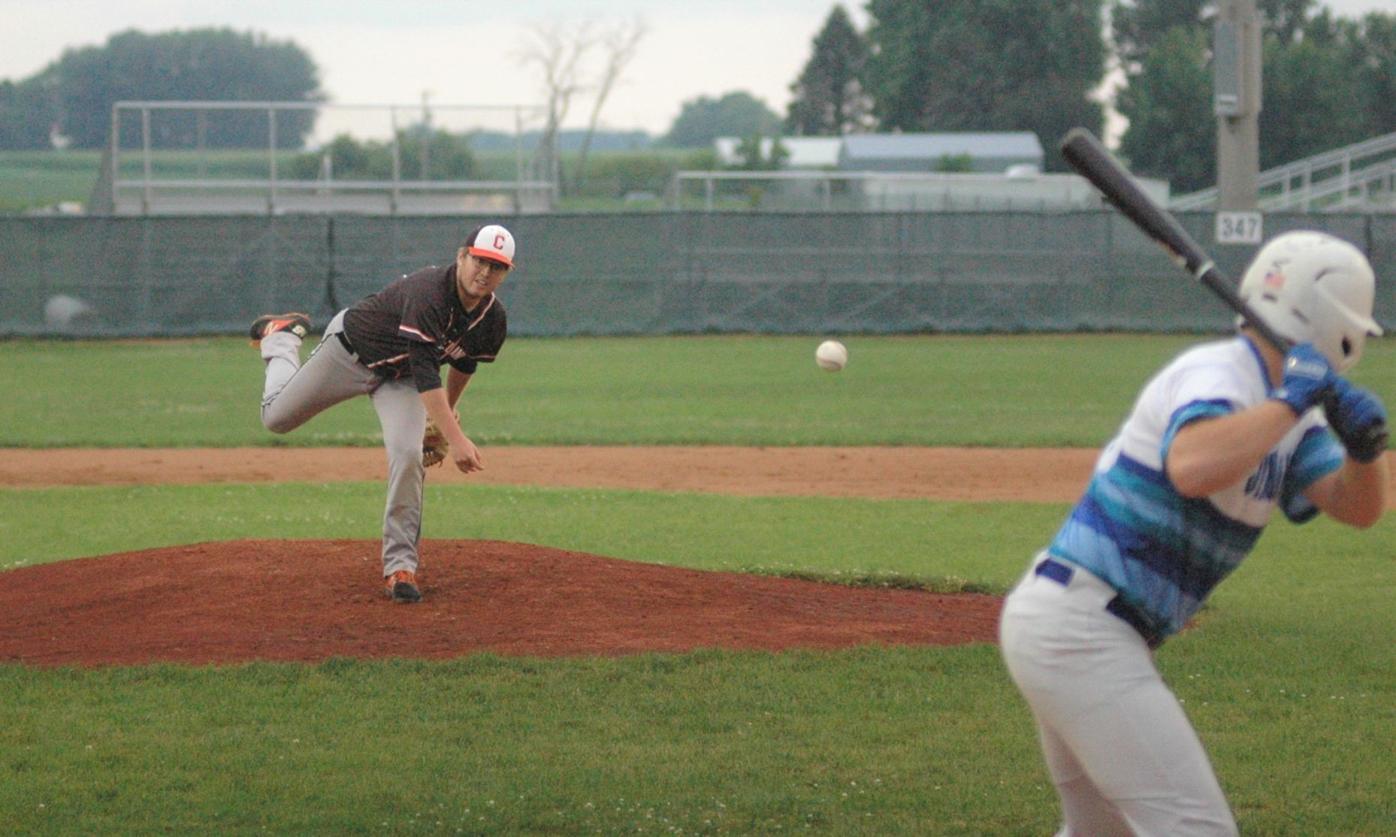 Starting pitcher for the Spiders, Alec Rogers, as he sends a pitch to home plate. (Ben Camp photos/southernminn.com) 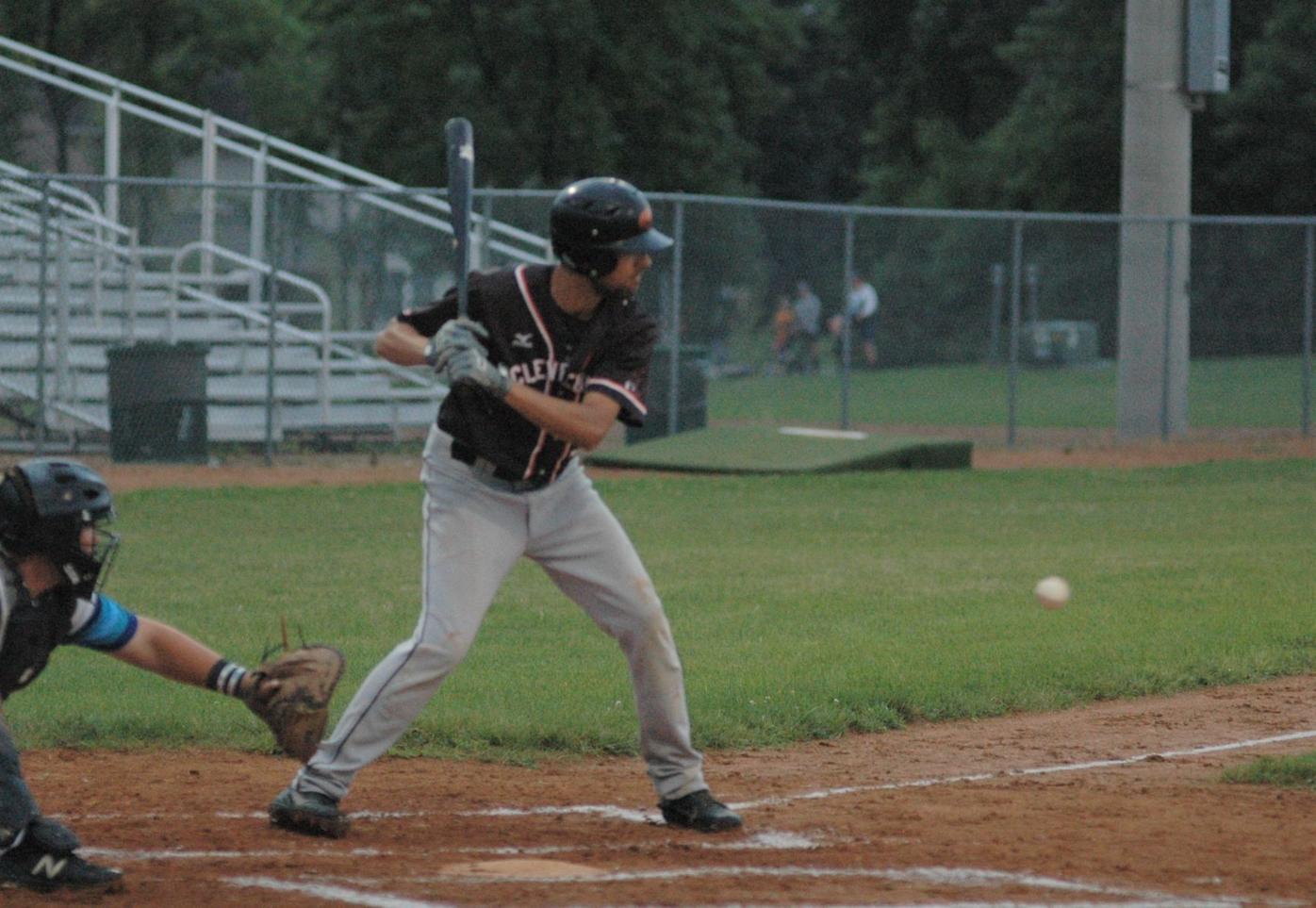 Arlen Nett eyes a pitch as it floats out of the strike zone. 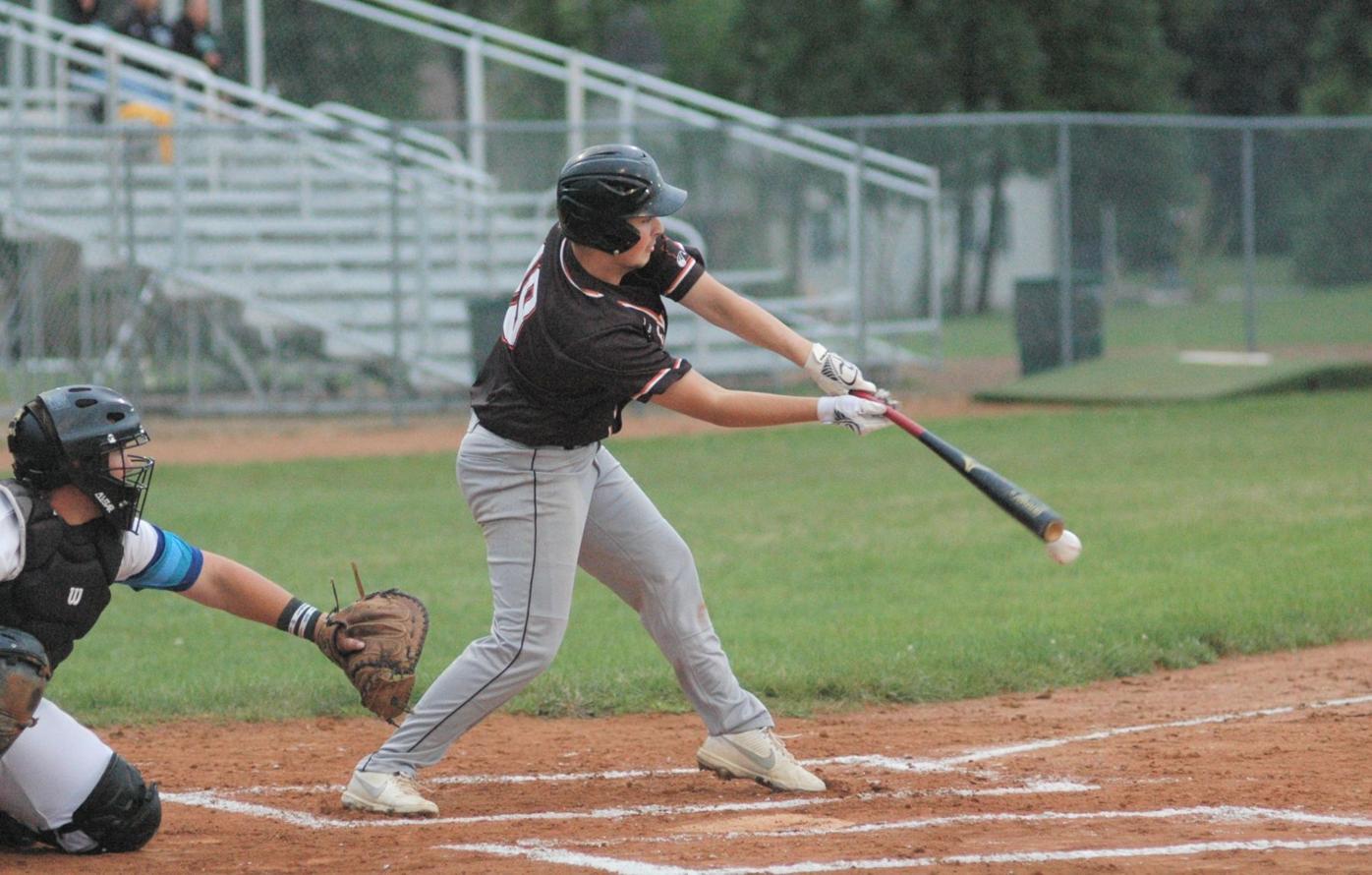 Spiders shortstop Jake Rimstad reaches out with the bat to make contact with a pitch. 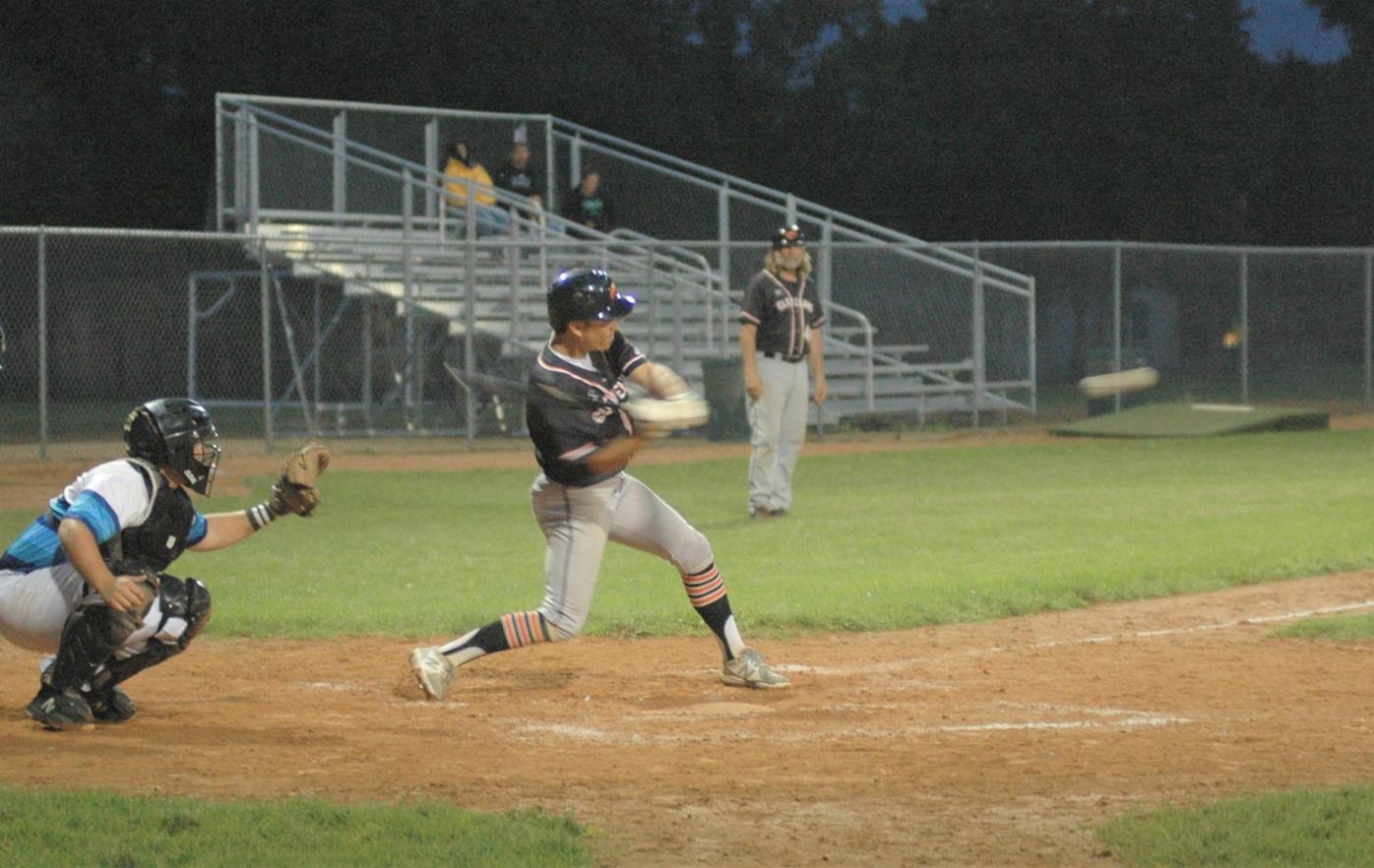 Danny McCabe unleashes a swing on a fastball in the zone.

The Cleveland Spiders hot bats gave them an early edge over the Janesville Jays which they carried all the way to a win at Ray Plut Field in Le Center Wednesday, July 14.

The Spiders earned the 7-4 victory after putting six runs on the board in the first four innings, allowing the pitchers to settle into a groove and let the defense make plays.

“We played good in the field and got hits when we needed them,” shortstop Jake Rimstad said.

Cleveland wasted no time putting the first run of the game on the board when, in the top of the first, Danny McCabe snuck an RBI single out of the infield between first and second.

“I just swung nice and relaxed like I’m supposed to.” McCabe said of his approach. “The pitcher was a bit slower, so it was important to stay back on pitches.”

In the bottom of the second inning, the Jays were able to plate a pair of runs to take the lead 2-1 briefly. The Spiders led off the top of the third with a Theo Giedd walk before Isaac Peterson hit a single to right field that allowed Giedd to advance to third.

McCabe then collected his second hit and second RBI of the game with a double into the left field gap, tying the contest at 2-2. After Jake Rimstad reached first on an error as the shortstop lost the ball at his feet, catcher Gabe Holland hit a two RBI single.

With the Jays threatening in the bottom of the third, a Janesville hitter crushed the ball toward short, and Rimstad was able to make a leaping, full extension grab for the out.

“It lets them [pitchers] know they can put the ball wherever they need in the zone and if they hit it, we can make the plays for them,”Rimstad said of the Spiders’ strong defense.

With all the momentum in their favor, the Spiders added two more runs in the top of the fourth when McCabe hit an RBI double before being hit in buy Rimstad moments later. Janesville was able to put a third run on the board in the bottom of the sixth inning, cutting the lead to three.

Cleveland’s starting pitcher, Alec Rogers, left the game in line for a win after six innings of work. He was relieved by Isaac Peterson.

The Spiders added an insurance run in the top of the eighth inning when Rimstad earned his second RBI of the night after working a bases loaded walk. The Jays were able to earn one final run in the bottom of the eighth, but that was all the damage that could be done, as Peterson put Janesville down in order in the ninth to earn the save.

“Defense is the biggest part. Our pitchers are going to put the ball in play and we have to make plays.” McCabe said. “If we do that, we are going to win a lot of games.”