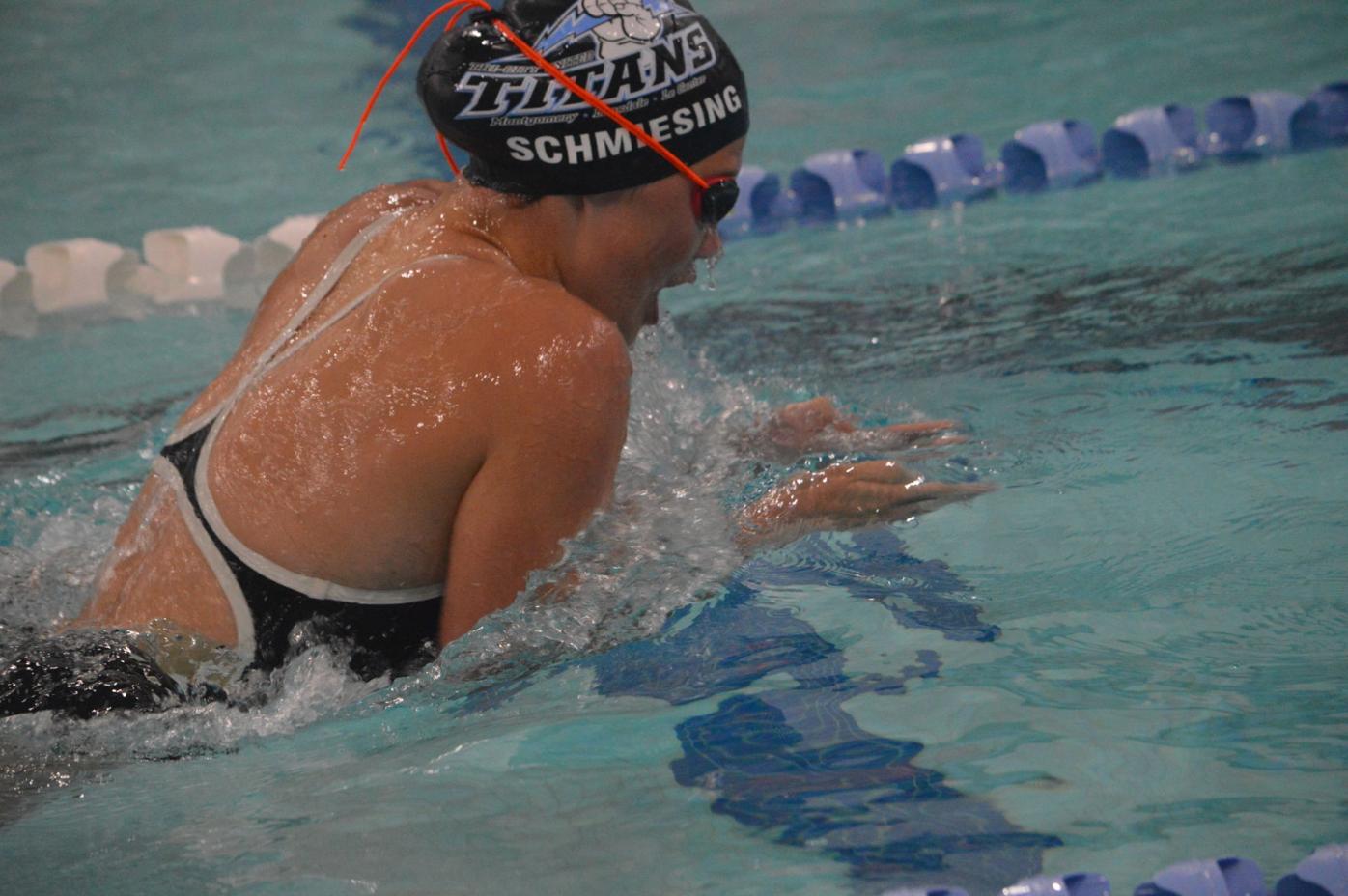 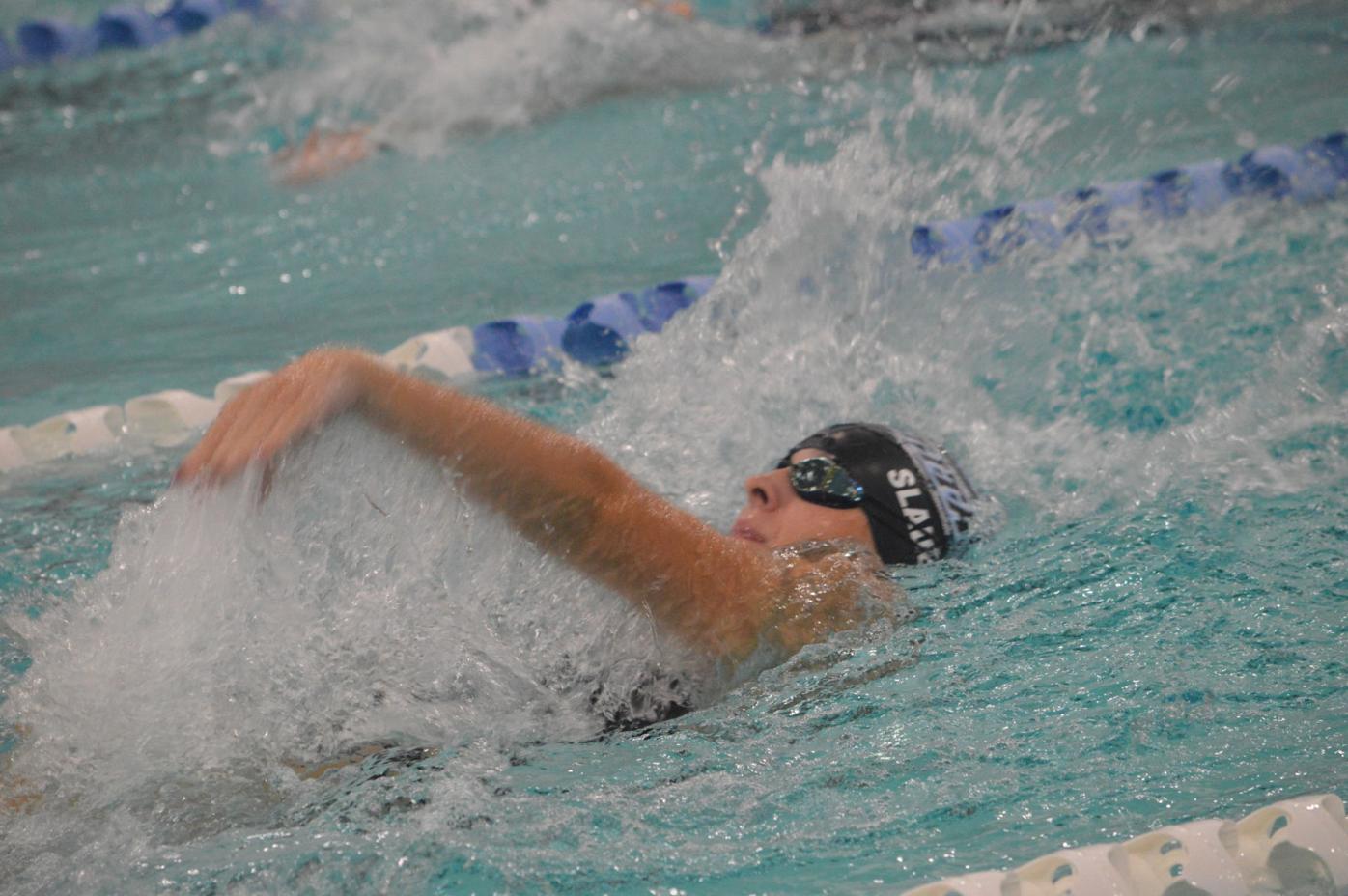 Ellie Sladek placed second in the backstroke against MPA and LILA. (Carson Hughes/southernminn.com) 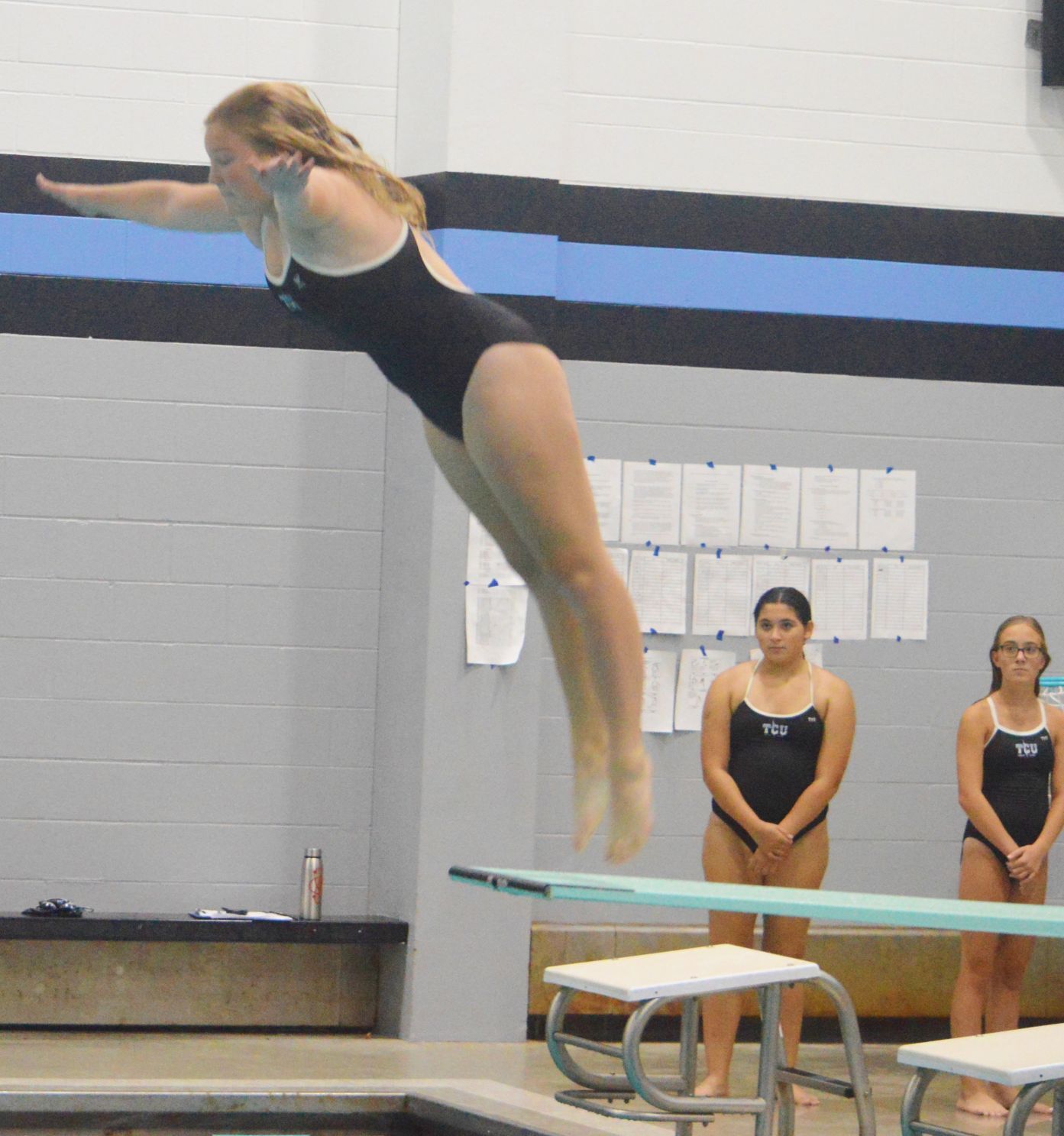 Lily Traxler set a new personal record and took the top spot in the diving competition with her flying squirrel dive. (Carson Hughes/southernminn.com)

The Titans claimed the top spot in a triangular girls swim and dive tournament between Tri-City United/Le Sueur-Henderson, Mounds Park Academy and Lakes International Language Academy. In an outstanding early season performance, TCU/LS-H trounced MPA 58-42 and defeated LILA 57-44. The Titans were the only team to collect two victories on Friday and go undefeated.

The Titans opened with a third place finish in the 200-yard medley relay by Ellie Sladek, Ella Schmiesing, Elizabeth Odenthal, and Kaylee Berger with a time of 2:16.89.

Streed earned another first place victory for the Titans with a 7:31.52 finish in the 500 Freestyle. The victory was a surprise to Streed herself as she accidentally swam an extra 50 yards when the sign telling her she had no more laps to swim fell to the bottom of the pool. She was back in the pool shortly after to help her teammates Odenthal, Westphal and Plut take second in the 200 Freestyle Relay.

The Titans ended the meet with a bang as they scored a first place finish in the 400 freestyle relay. Plut, Sladek Westphal and Schmiesing led the pack with a time of 4:19.32, defeating MPA by just 0.5 seconds as Schmiesing picked up the pace to touch the end before MPA’s Annabelle Vale.

“As a coach, I am extremely humbled to have such a kind, caring, and compassionate group of individuals to work with,” said TCU Coach Kristen Munden. “Coach Betsy Galenti (MPA) and Jill Hines (LILA), myself and coach Dave DeMars all feel passionate about the experiences we are all instilling amongst these student athletes. It was a fun meet. So yes, we won, but we all gained so much more.”