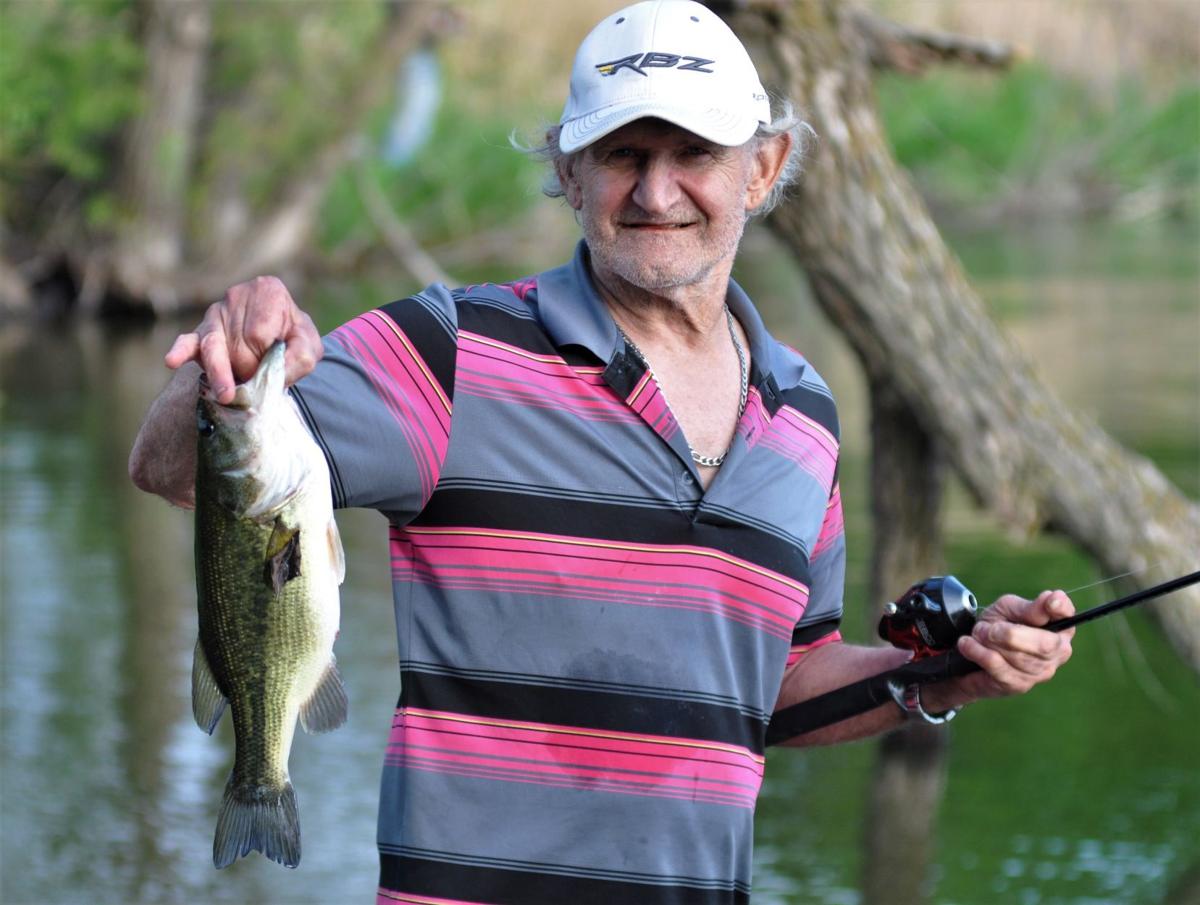 It took some searching, but Glen O’Connor of Cleveland and I finally caught a few meals of fish each.

Hitting some of the usual shore fishing hot spots, first we tried German Lake on the fishing pier at the channel between German and East Lake Jefferson.

Glen caught a small sunfish. I caught nothing.

Then we moved on to the Le Sueur County Sawmill Park area of East Jefferson where we had good luck the last month catching nice-sized crappies and sunnies. The crappies ranged from 8 inches to a foot long. The keeper sunnies were in the 7-8-inch range.

But again the fish weren’t biting well, although O’Connor caught a keeper 8-inch crappie. I was skunked again.

Our next stop: West Lake Jefferson.

We planned to make two more stops, but we only needed one at the channel between between West and Middle Jeff.

I was catching the sunfish using angle worms, while Glen was catching more with wax worms. So I switched and started catching up to him.

Growing tired of losing wax worms to the nibbly sunfish, I switched to a Gulp Honey Worm, which a more difficult for the fish to steal. I caught an 11-inch crappie on the first cast.

Then O’Connor changed to minnows and quickly caught another 11-inch crappie.

We caught a few more keeper sunfish and could have kept catching them, but we had plenty for a few meals and headed home at about 7:30 p.m. to clean fish.

Now the rest of the story.

I headed back to the hot spot the next night, hoping to catch some more of those big crappies.

It started a bit slow at first when I arrived a about about 6:30 p.m., but the fish picked up and so did the crowd of anglers at 7:30. The word is out that the fish are biting there. The Minnesota Department of Natural Resources knows that it’s a popular fishing spot, and a DNR conservation officer walked around in the dark checking licenses.

Fishing next to on fisherman, 6 feet away, I watched Dave Guth of Mankato catch a variety of fish from sunfish to crappie to a 2-pound largemouth bass and an even bigger sheepshead, also know as a freshwater drum, both of which he released.

I had as much fun watching the excited Guth catch fish and taking photos of him as I was having fishing.

Like me, Guth was going for crappies. He had success catches nice crappies in previous nights there. We both did catch crappies, along with lots of sunnies. We used crappie minnows as bait, while the angler on the other side of Guth was catching sunfish after sunfish with wax worms. About every third one was a keeper of 7-8 inches long.

I had a lot of fish steal my minnows, but I caught many 6 to 8 inch crappies and and took home four, with the biggest being 12 inches. I also kept a 7-inch sunfish and released the rest.

I fished until 9:30 p.m. The biting slowed down when darkness set in.

Guth put a few more crappies and sunnies into his 5-gallon bucket when he left just after me.