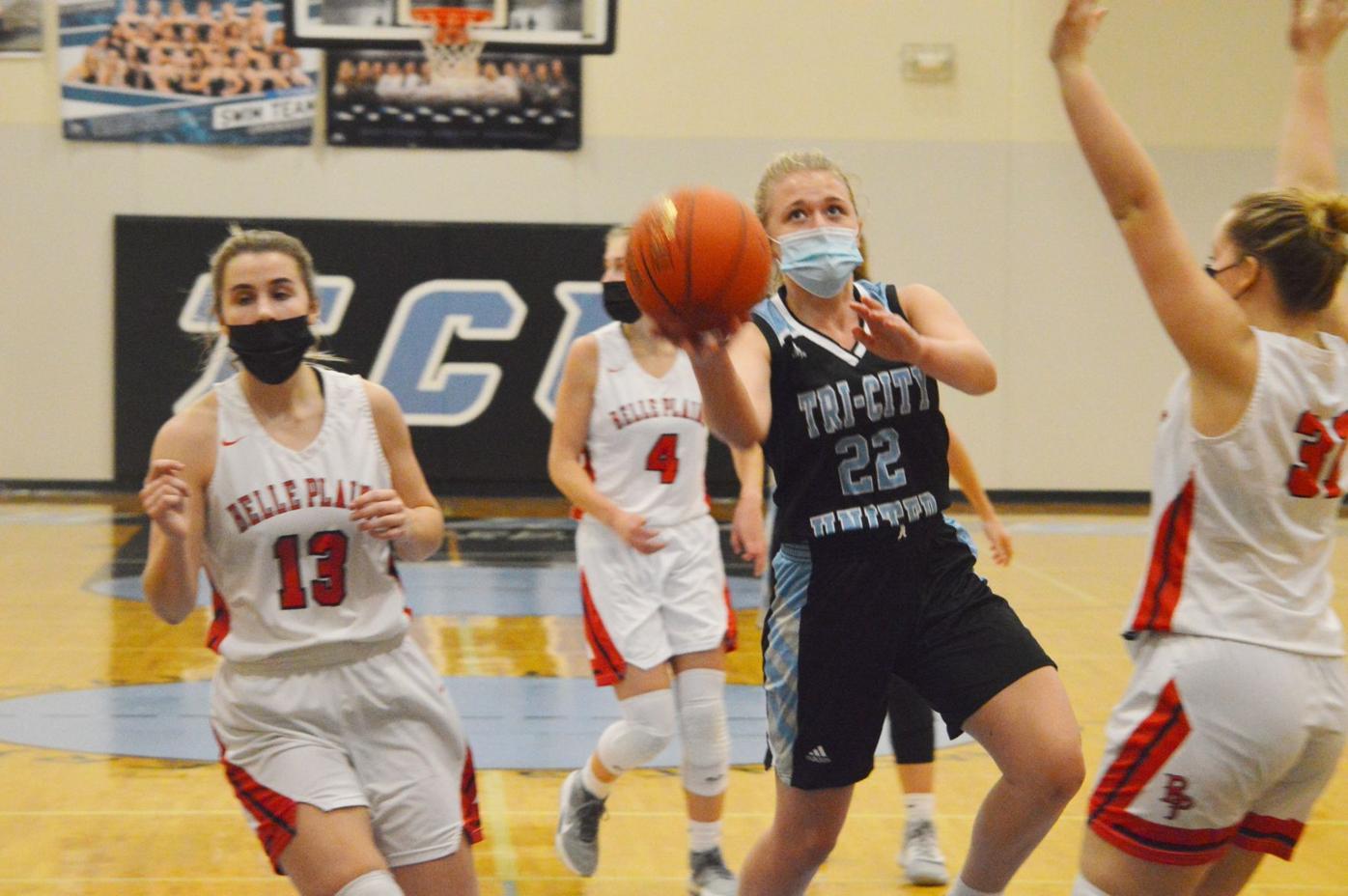 Sophomore outside shooter Sami Tiede attempts a pass to a teammate through Belle Plaine’s defense. 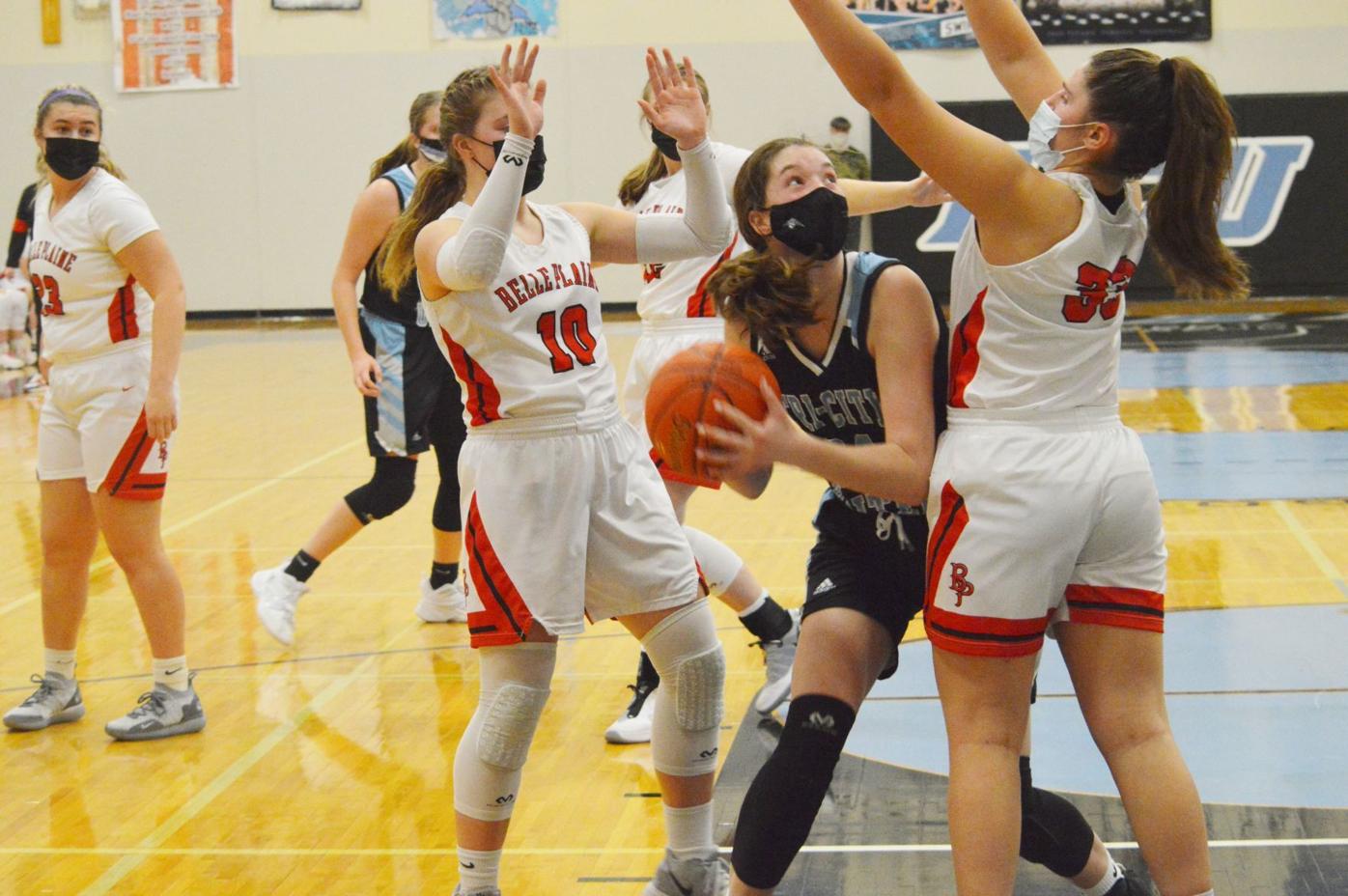 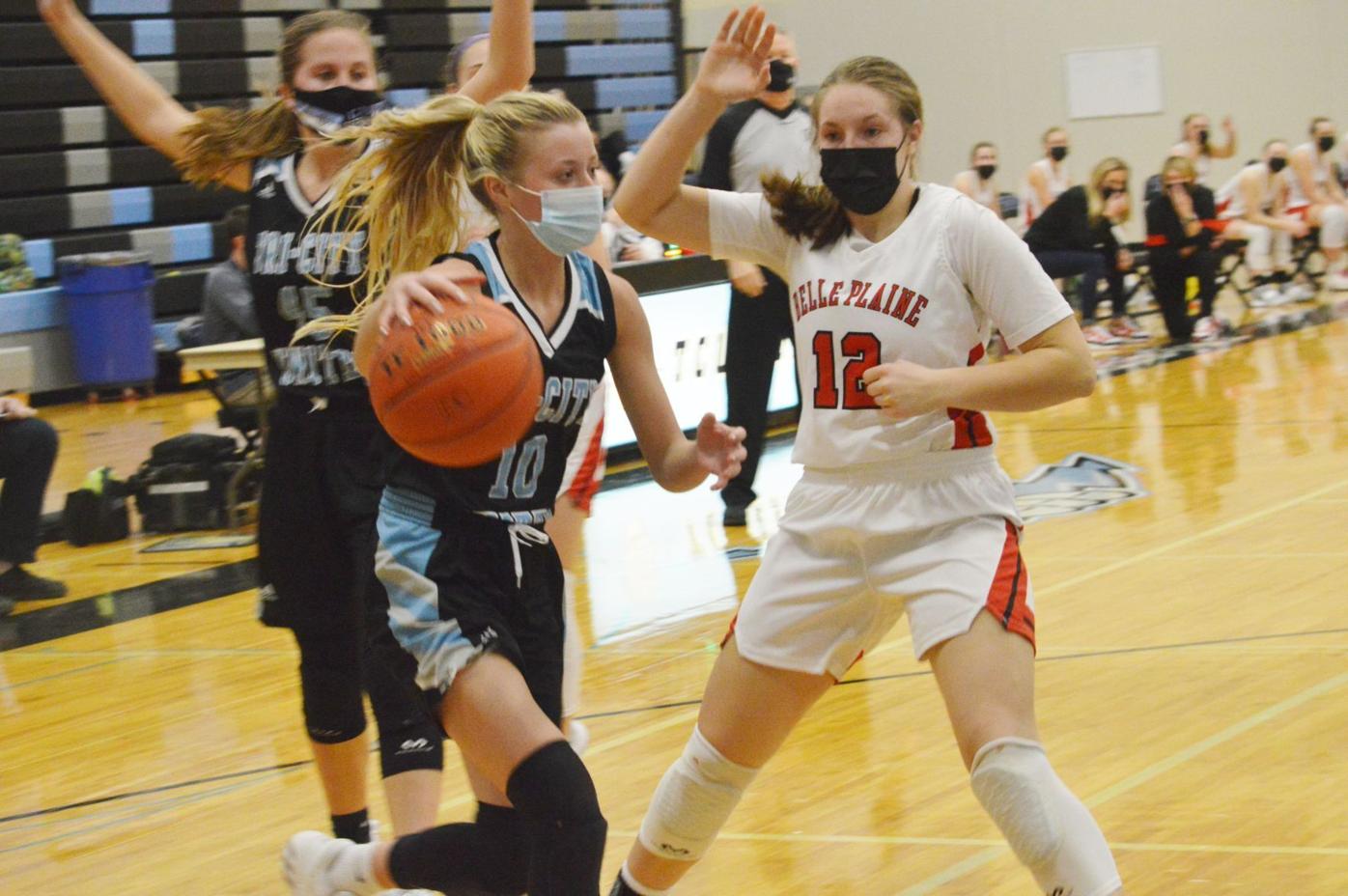 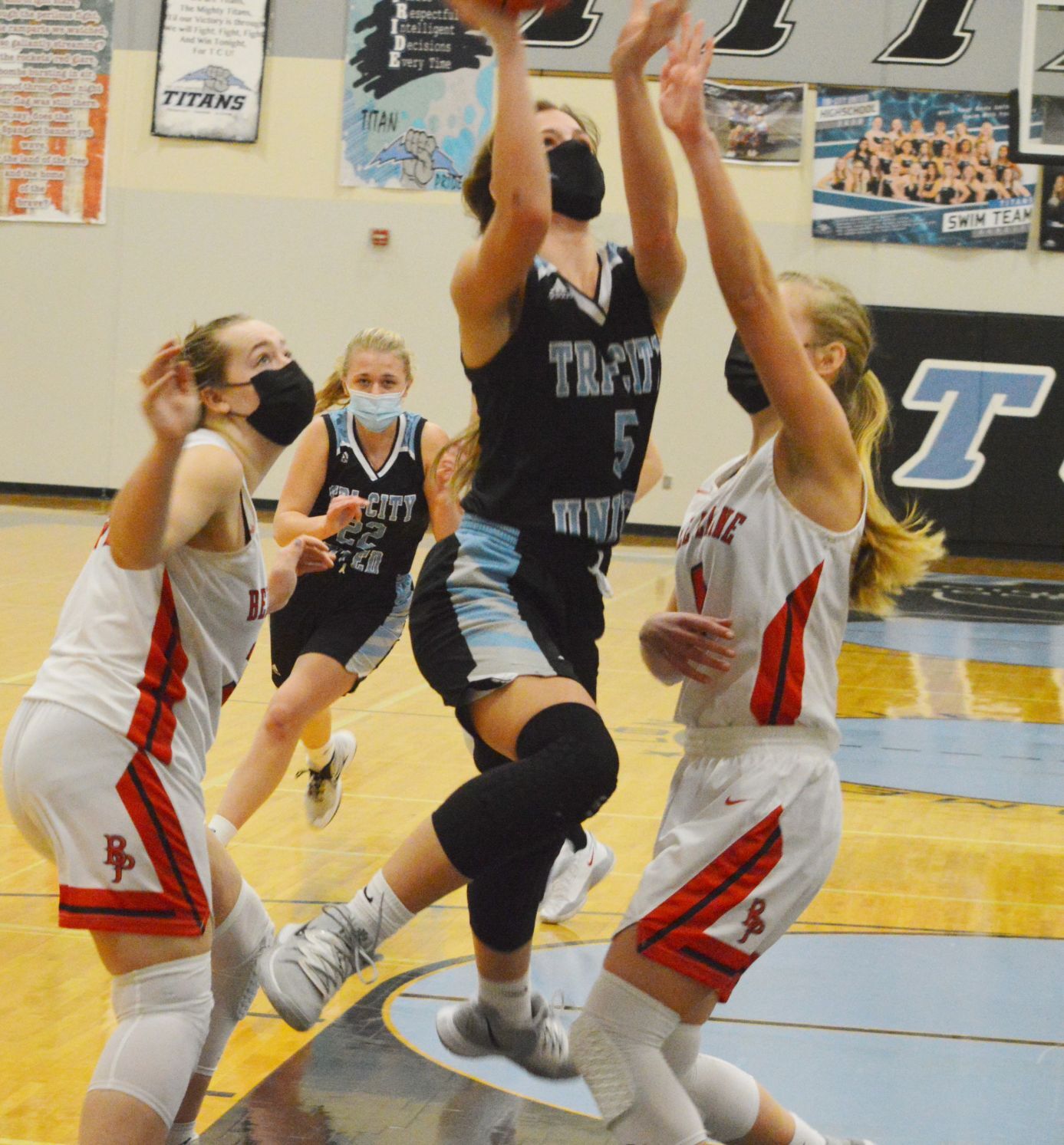 It was a promising start but a disappointing finish for the Tri-City United girls basketball team on Thursday. The Titans went head to head with Belle Plaine and kept the score close for the first half. But a 20-point run in the second half gave the Tigers a definitive edge, leading to 62-36 defeat for TCU.

The Titans had spurts where they demonstrated their competitive viability. Sam Lang was the most consistent scorer of the night with 11 points. Kaitlyn Lang gave the Titans a welcome boost with a 3-point field goal in the first and delivered 8 points total.

To get those points, the Titans had to fight through a physical defense from the Tigers. Belle Plaine left TCU with little room for error, prepared to intercept an inattentive pass, steal the ball mid-dribble and fight for rebounds. With the pressure on, Belle Plaine led the first half with 27 points, but the Titans weren’t far behind. With contributions from Kaia Krocak, Jess Dull and Sami Tiede, the Titans held 20 points at the end of the half.

But while the Titans could match the Tigers in spurts, a lack of consistency was TCU’s undoing. When the teams returned for the second half, TCU had trouble keeping up with the Tigers’ aggressive offense. Belle Plaine prevented the Titans from landing a single basket for the first 5 minutes. The Tigers made good use of that time. With two 3-point field goals and heavy point-guarding, Belle Plaine racked up 20 points before Sam Lang could break their streak with two free throws.

Weak starts in the second half were a running theme for the Titans this season, said Coach Don Marcussen. While the players have a lot of power behind them, keeping up that level of play after the 10-minute break hasn’t been easy.

“We got three games now where when we start the second half, the [opposing] team has made five or six points straight,” said Marcussen. “We finished pretty decent and you would think that would carry over, but there’s something about that break in between the halves.”

“Belle Plaine was physical, we knew that. We did a good job in the first half shooting. We came out strong, we challenged the outside shots, but it’s a lot of work to do that the whole game right now.”

The Tigers’ high pressure defense put the Titans in an uncomfortable position. Marcussen said he wanted TCU’s offense to lead with inside shooters who could then pass the ball to an open outside shooter if they’re blocked. But with the Tigers’ physicality, the Titans had trouble seeing openings.

“They’re still trying to figure out each other. I still don’t think they truly know where the exact person likes the ball, what will that person do, where is that person going to be,” said Marcussen. “They’re still trying to figure those things out and it’s hard to do in games. We haven’t had much time to learn in practices when we’re this far into the season with just 13 practices.”

With about 10 minutes left in the game, the Titans got back in the groove of trading shots with the Tigers. With Sam Lang at the helm of the Titans’ scoring and three free throws from Isabelle Factor, TCU put together 16 points by the end of the second half. But at that point, it was too late for the team to make up for their earlier losses.