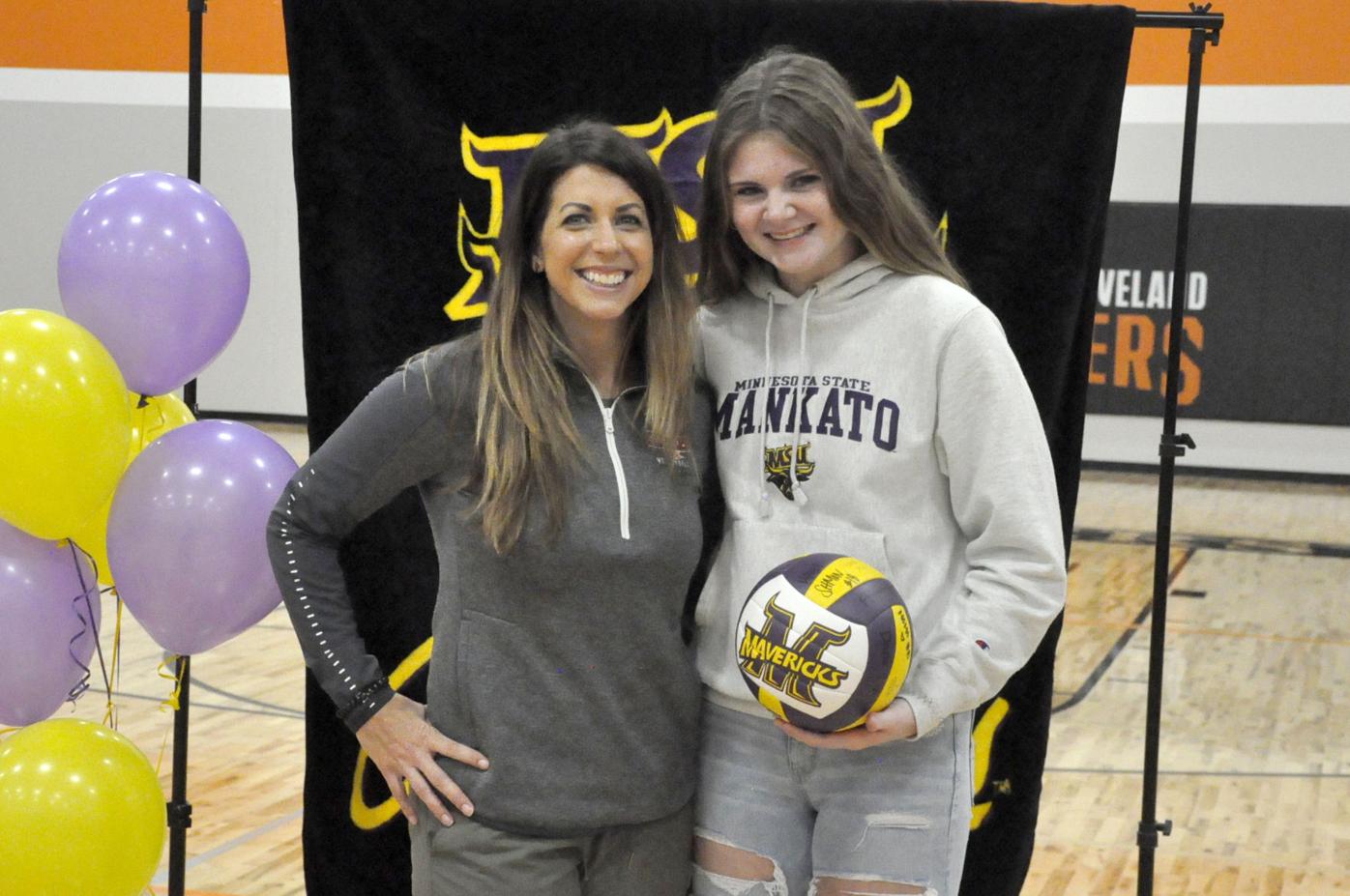 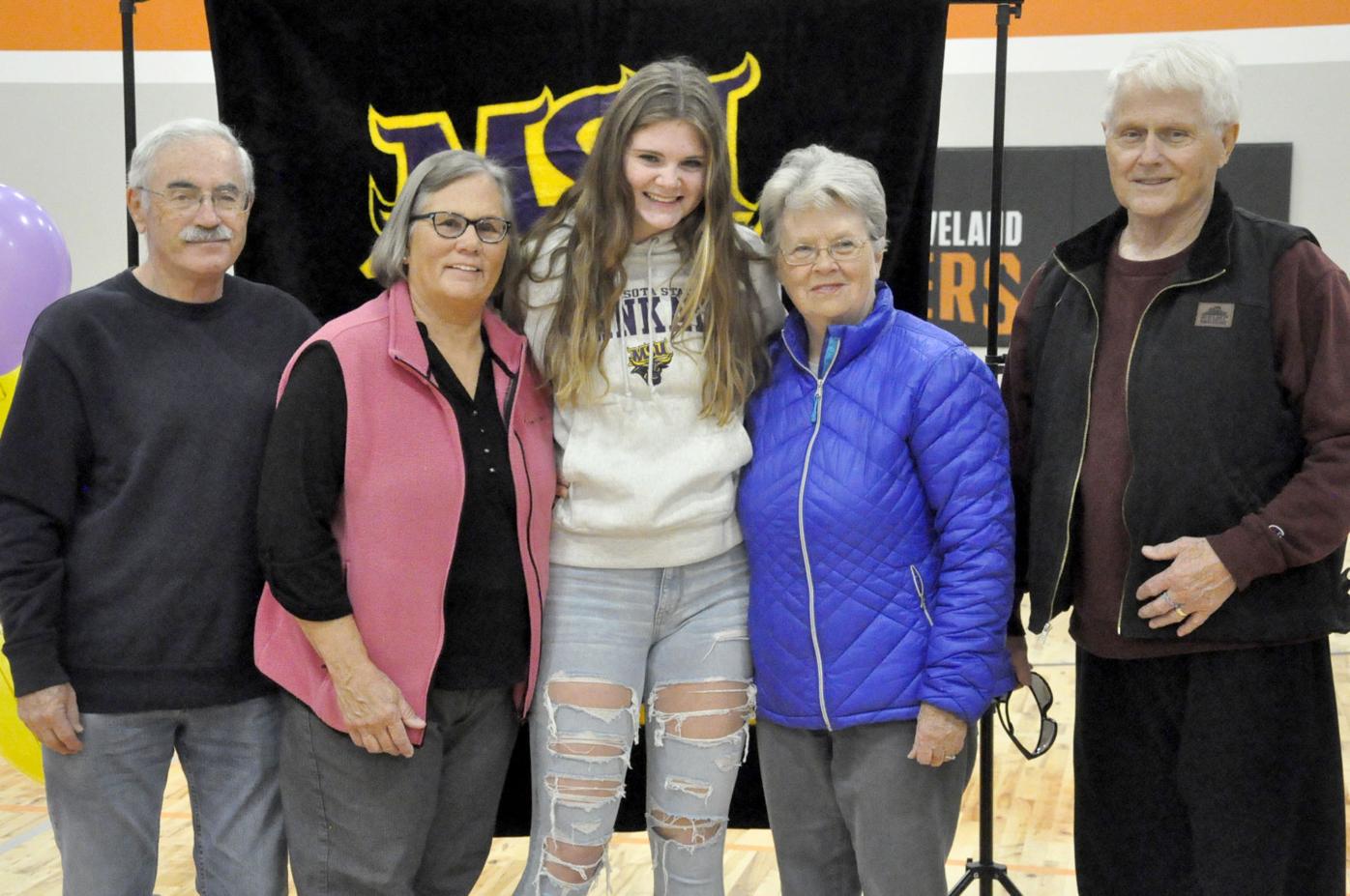 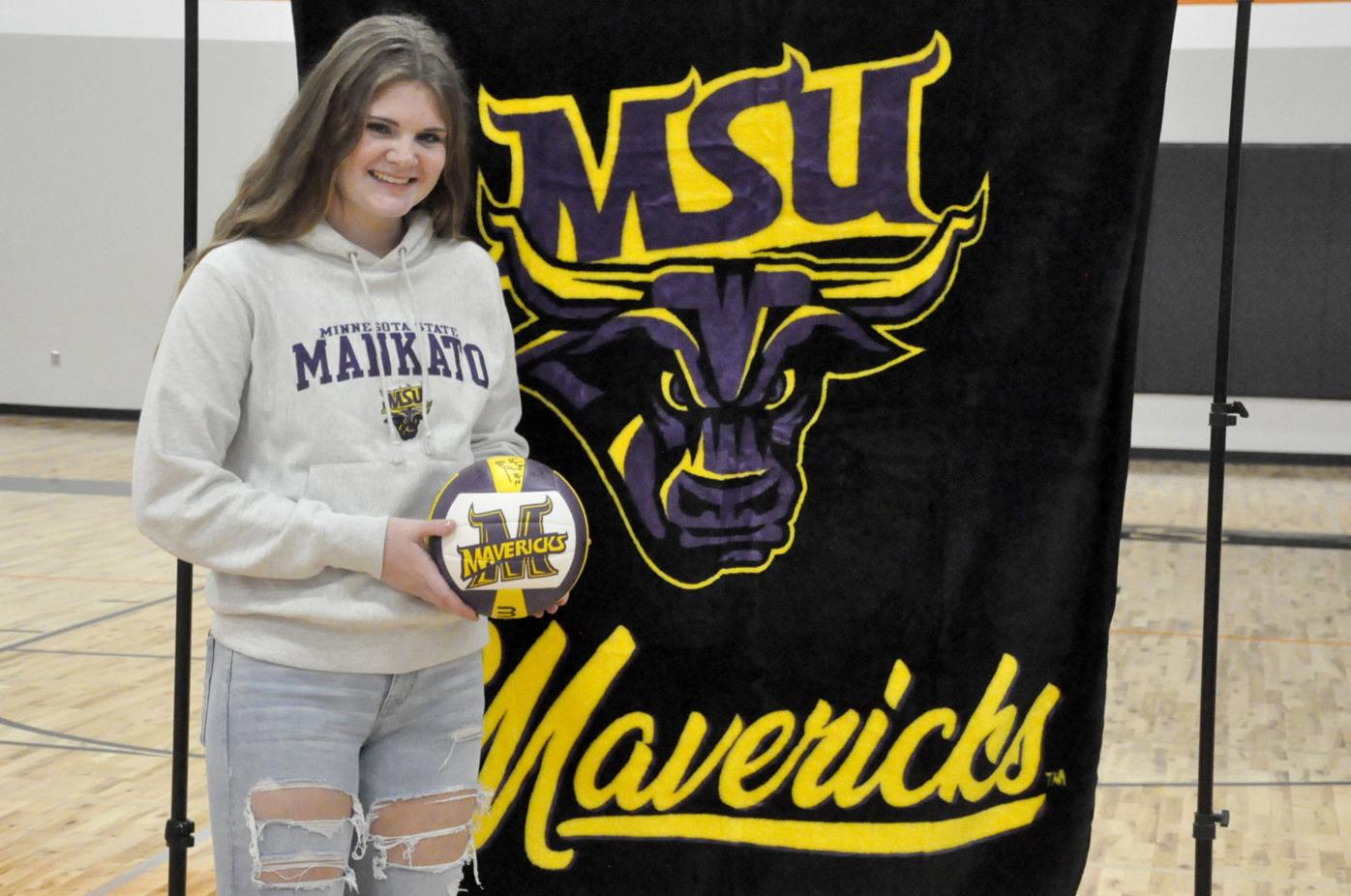 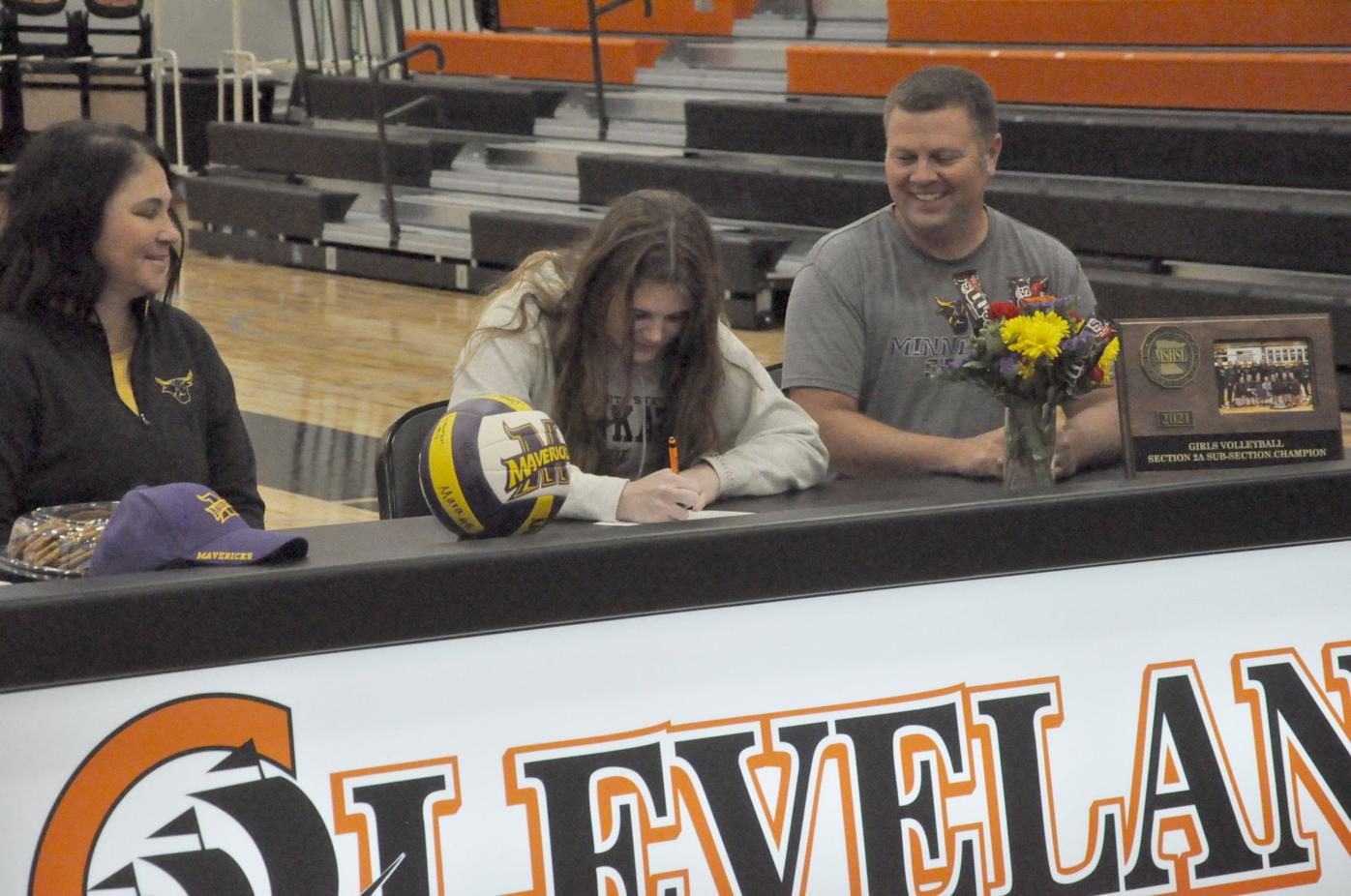 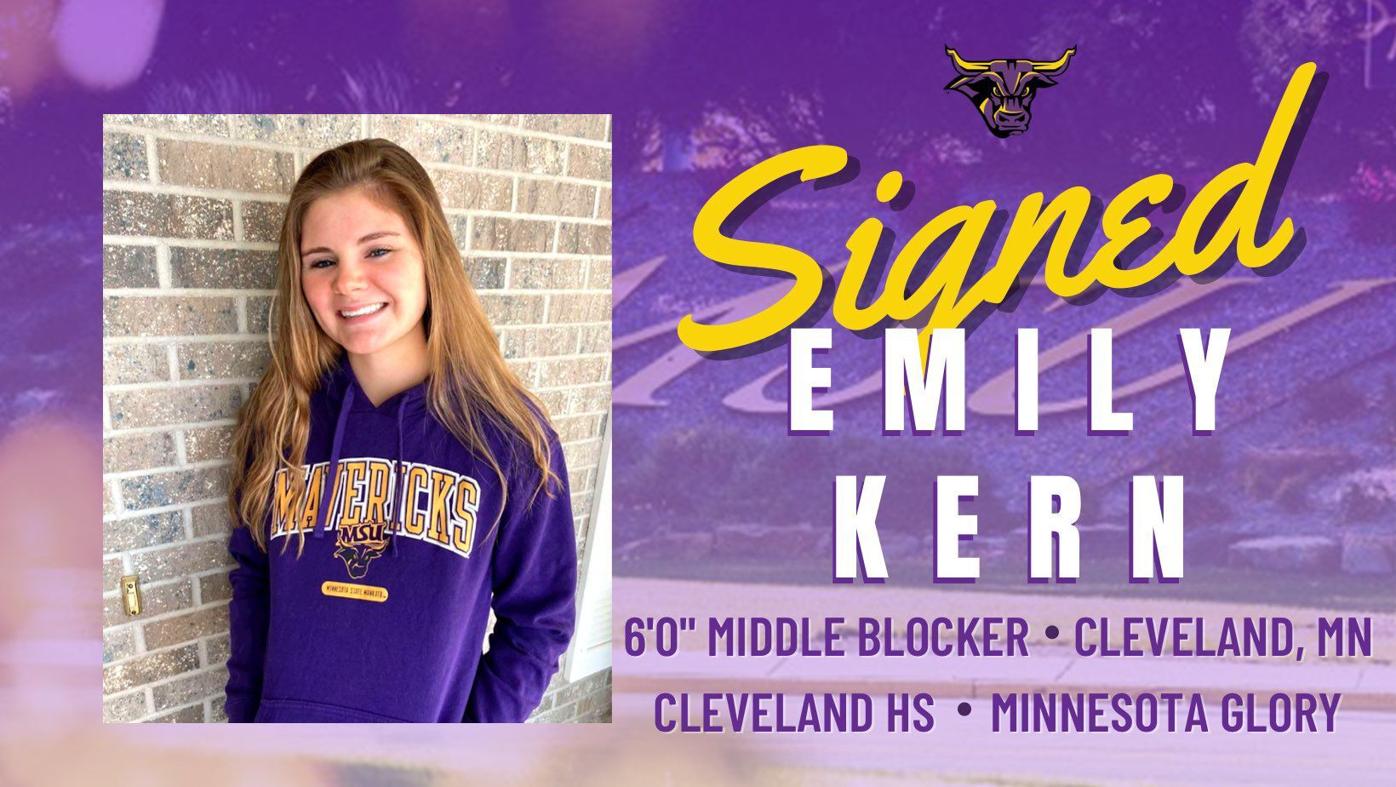 At the culmination of a journey which officially began at a fan signing day held by the Minnesota State University, Mankato Maverick volleyball team three years ago, Cleveland Clippers Emily Kern officially signed her letter of intent Wednesday to join the Mavericks next fall.

In the new Cleveland High School gymnasium and among her friends, family and coaches, Kern received and signed the NIL which declares her intention to take the steps necessary to be eligible and play at the NCAA DII level for Minnesota State.

"Today was really exciting," said Kern after the ceremony. "I've been waiting for this day since I visited last November."

The journey to collegiate volleyball wasn't a traditional one for Emily, as her entire junior season was impacted by the coronavirus and restrictions in place that not only limited games played, but also made it impossible for college coaches to make in-person scouting trips. In conversations with Minnesota State volleyball head coach Corey Phelps, he made it clear how challenging the fall of 2020 was as not only couldn't his team play, but all recruiting was forced to be done through e-mail, phone and video clips.

Fortunately for Emily, she had met coach Phelps during the aforementioned fan day at MSU, and when he began studying clips and matches, that meeting stood out and caused him to reach out and begin the recruiting process.

Once Emily was able to visit the campus last November, she made the verbal commitment to join the Mavericks with sights set on national signing day to make it official.

The process would ultimately have been for naught if Kern didn't have the game and mindset to play at a collegiate level, but she more than proved herself during her senior year helping to lead the Clippers to a program best finish, winning the south subsection of section 2A and becoming the section runner-up.

"I've been fortunate enough to be able to coach her for four of her six years at Cleveland," said Meyer. "She's a hard worker, a great leader and we are all excited to go and support her at MSU."

"I'm really excited to start practicing with them [MSU] this summer," said Kern. "It's all going to be new, but I'm ready."