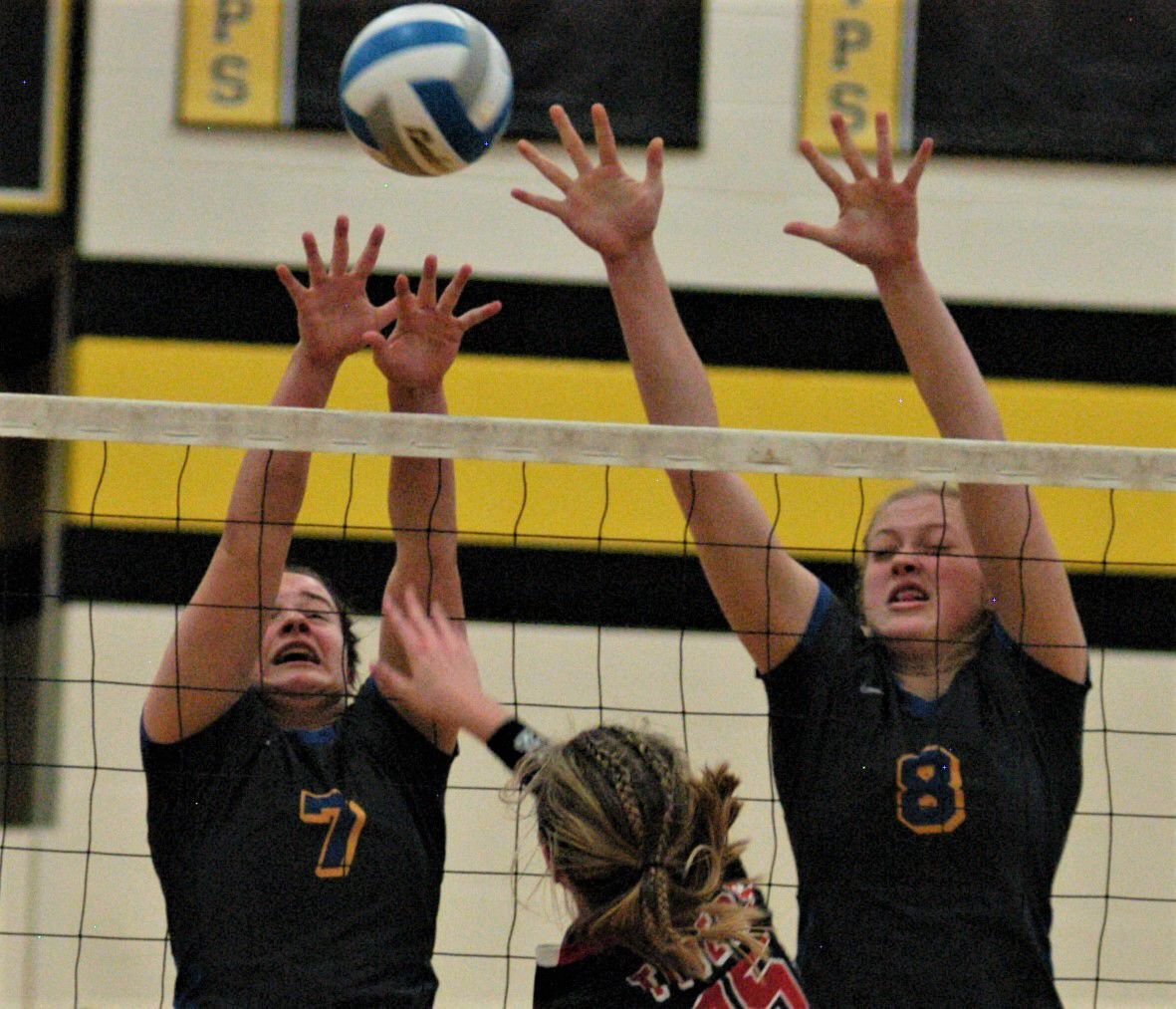 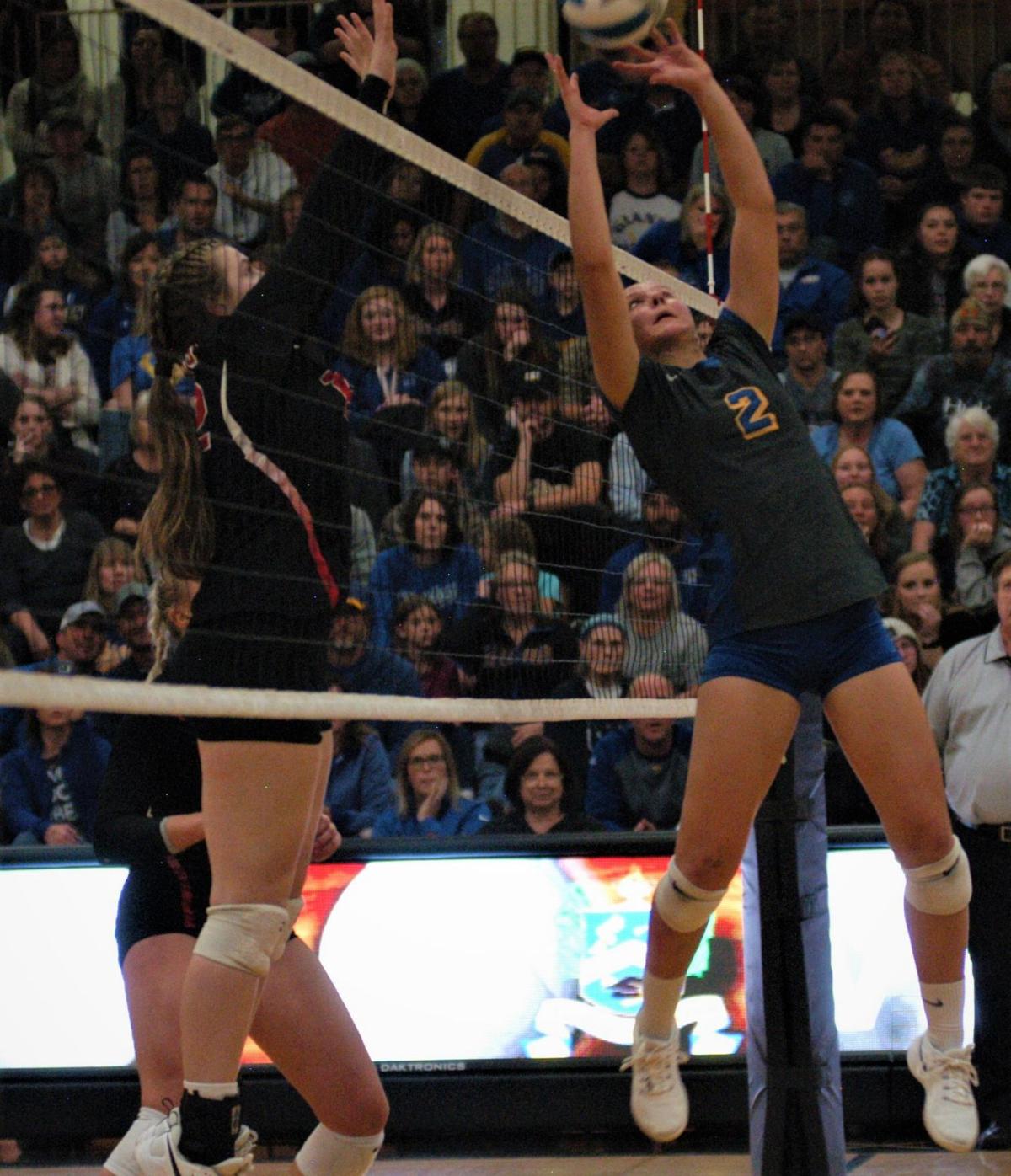 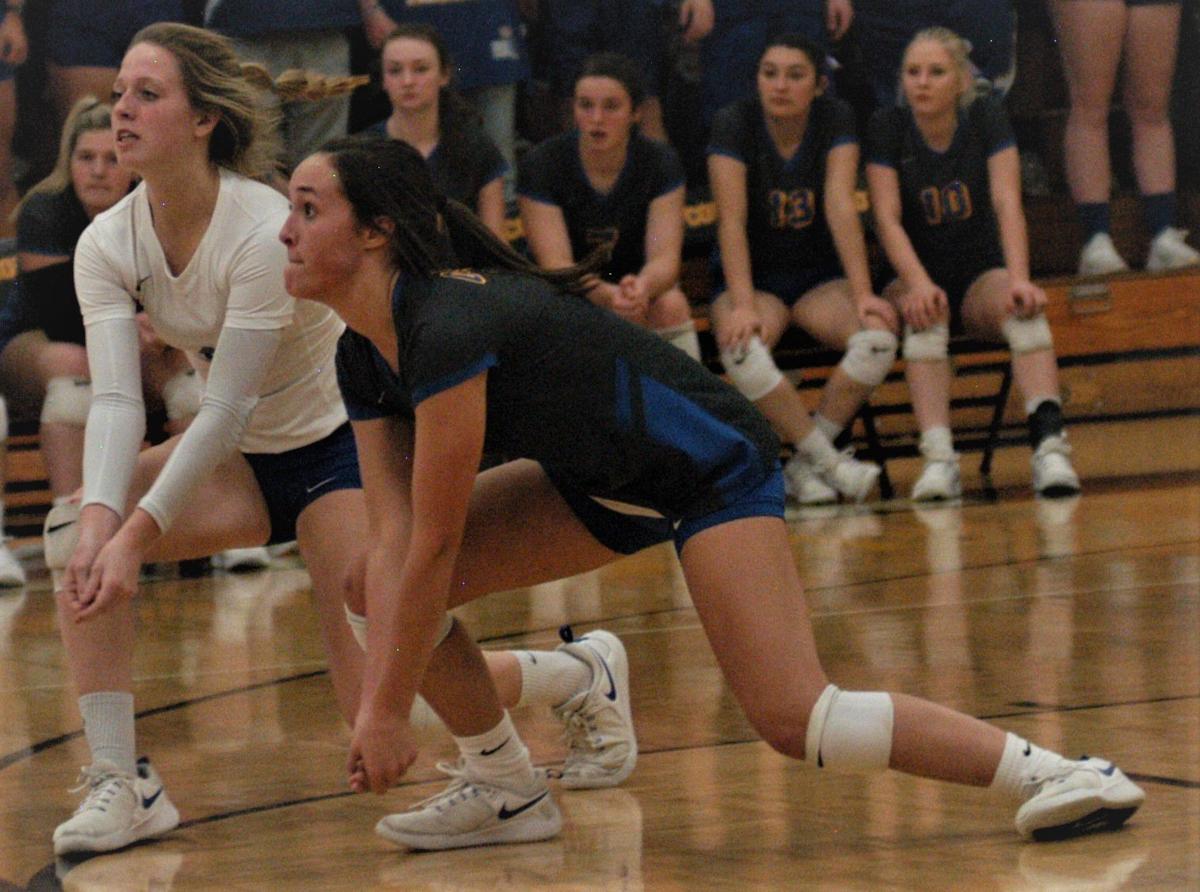 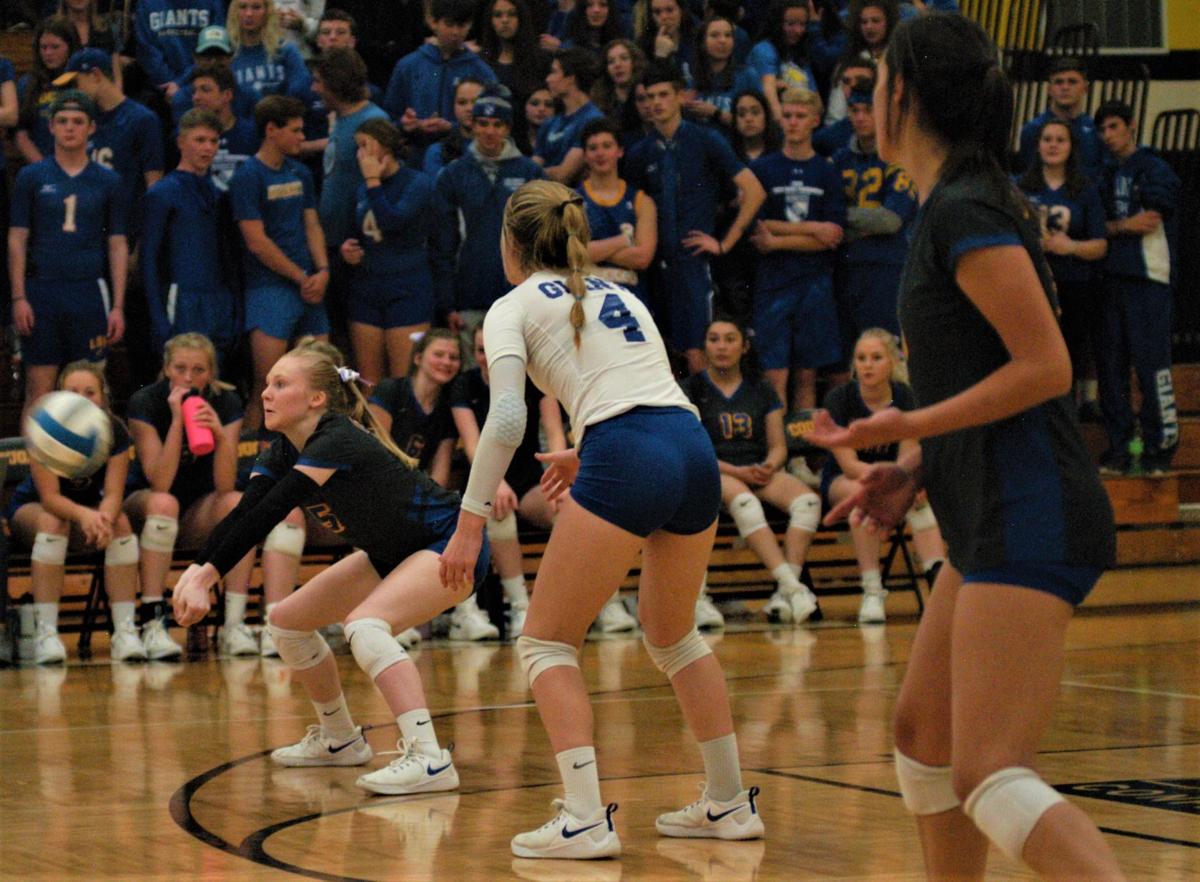 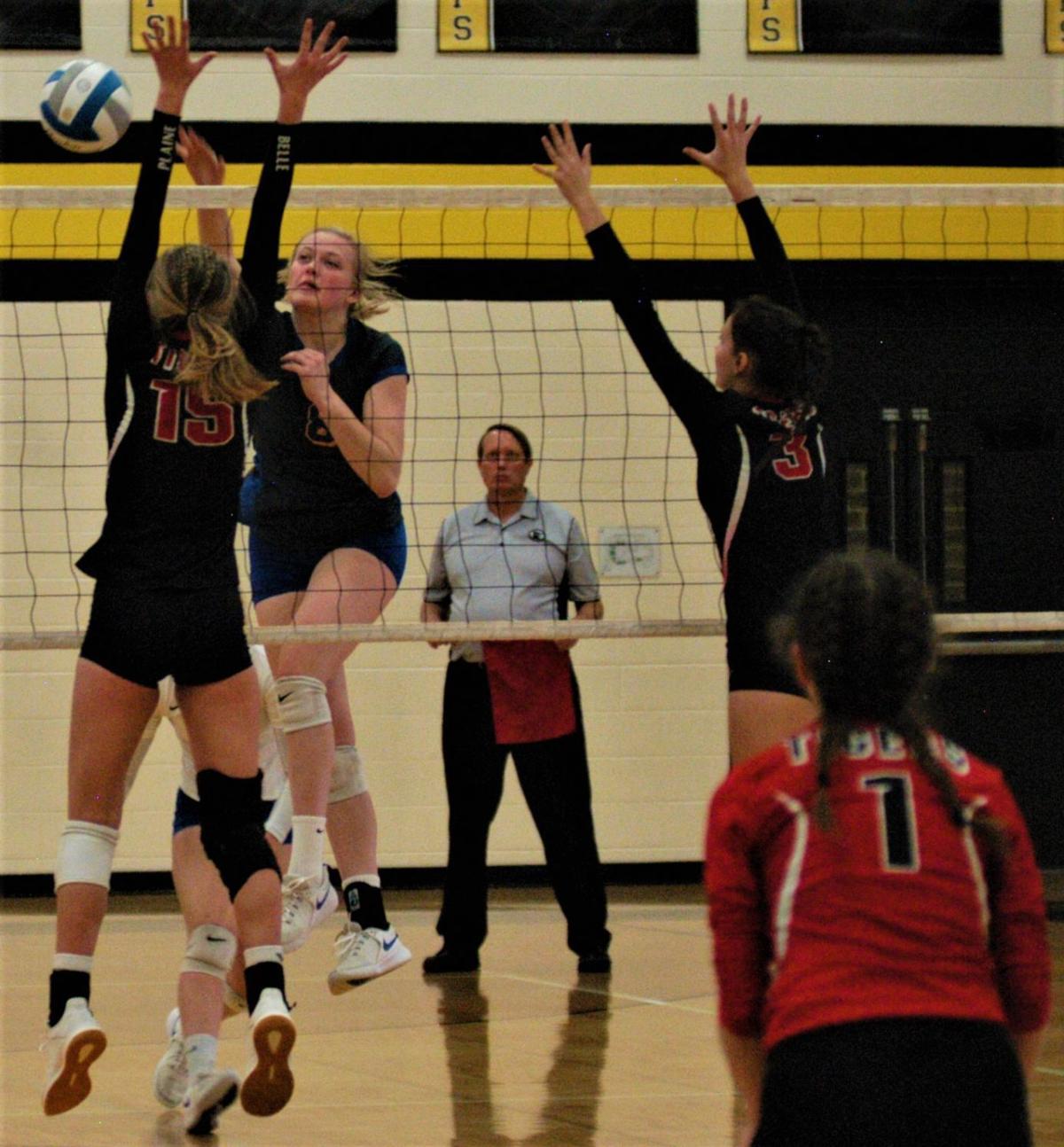 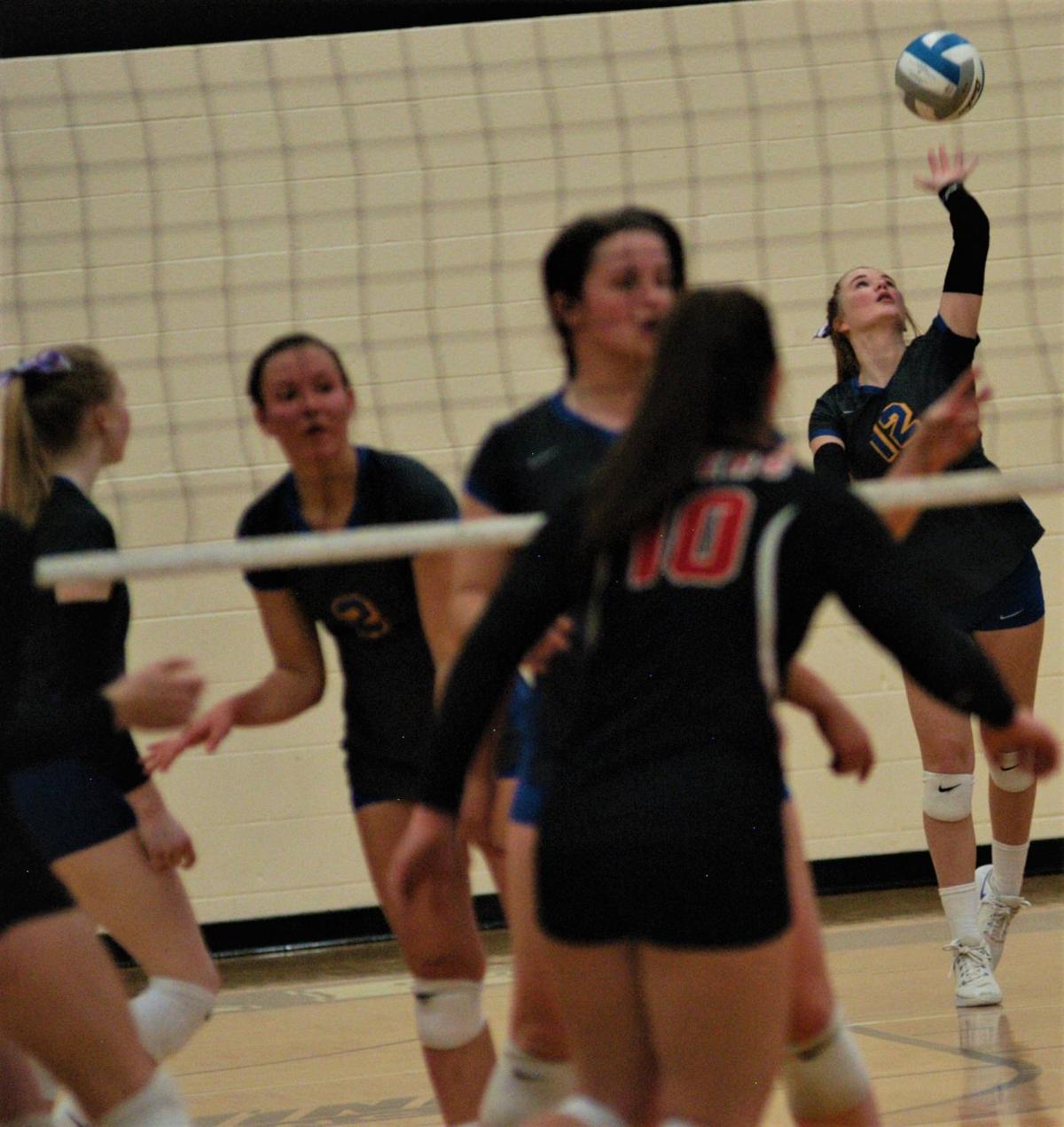 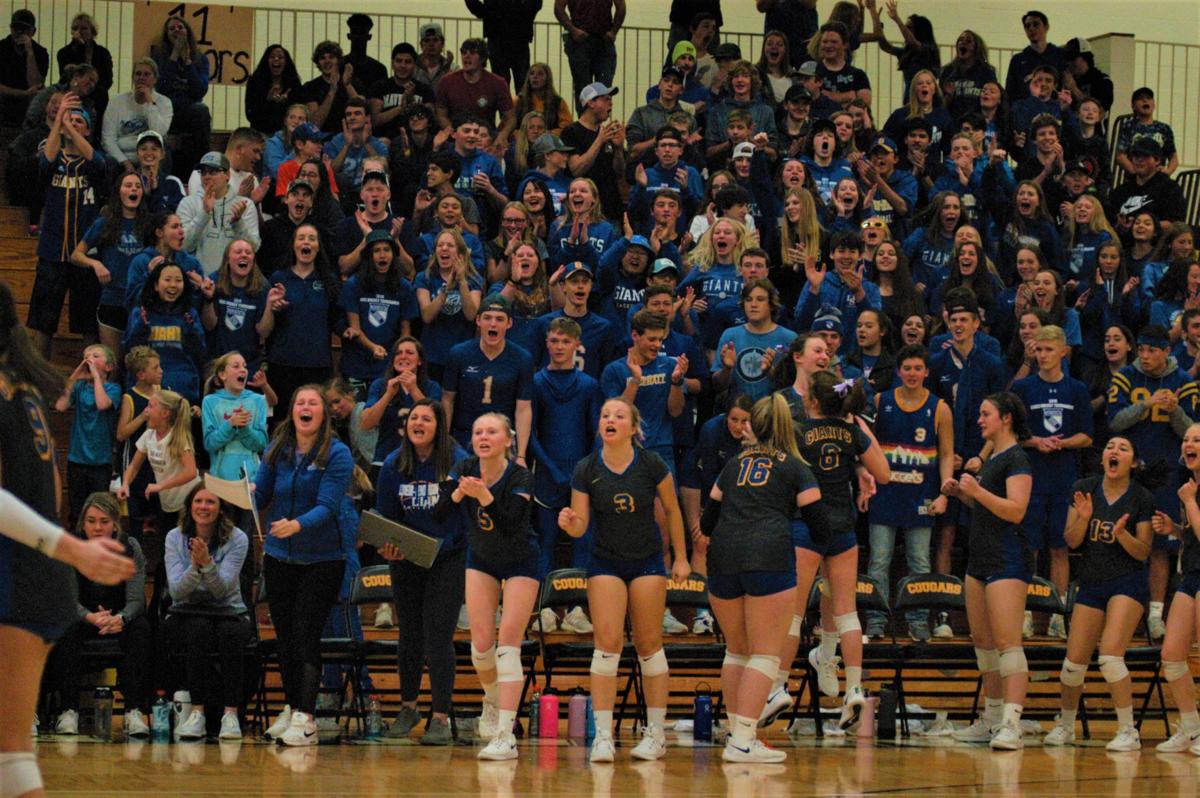 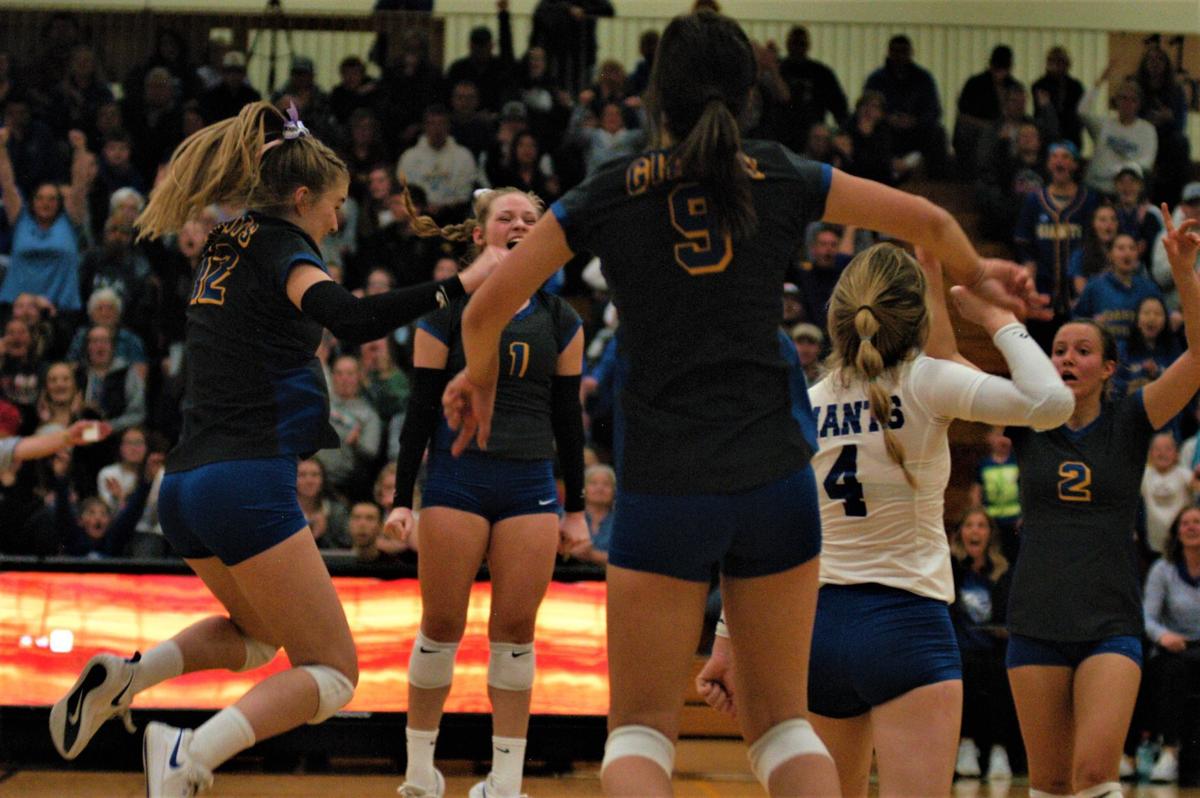 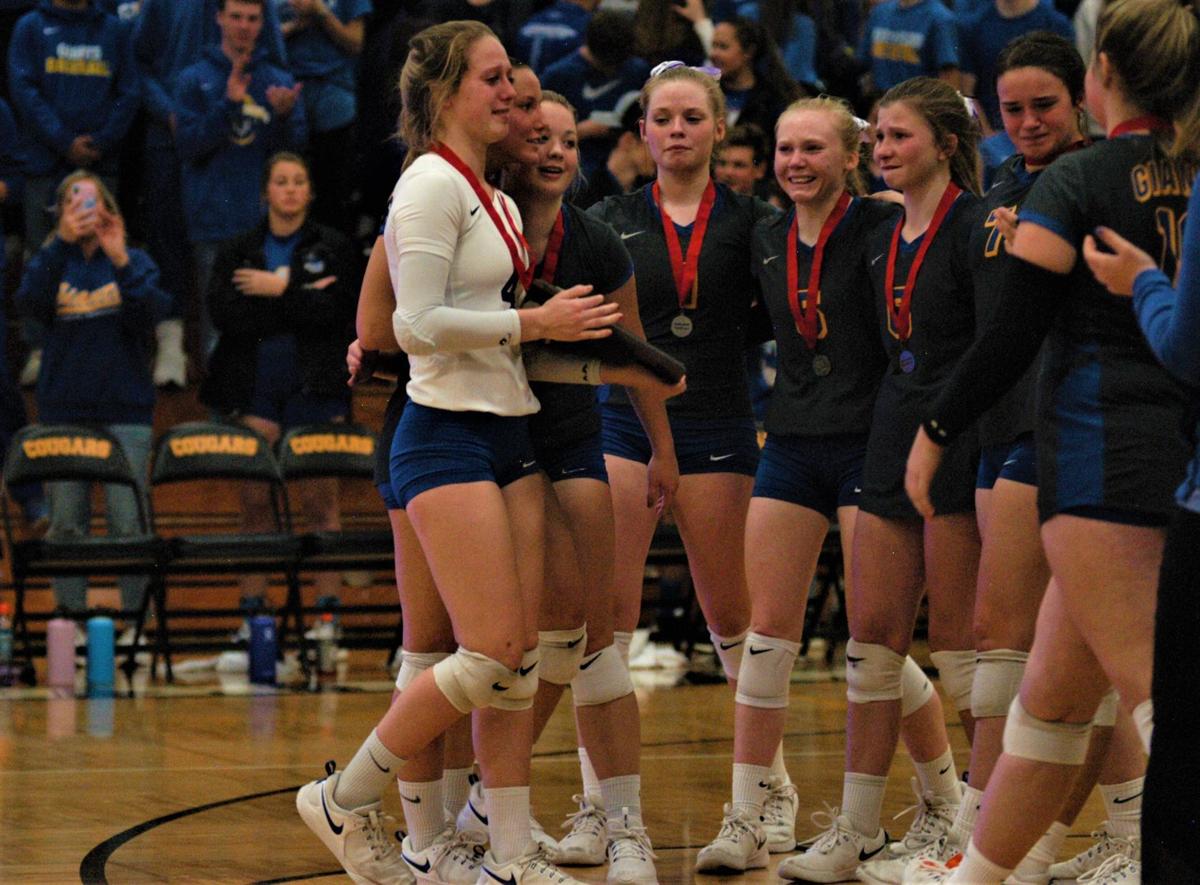 The Giants show their disappointment after the match and the season ends against Belle Plaine in the section finals. (Pat Beck/St. Peter Herald) 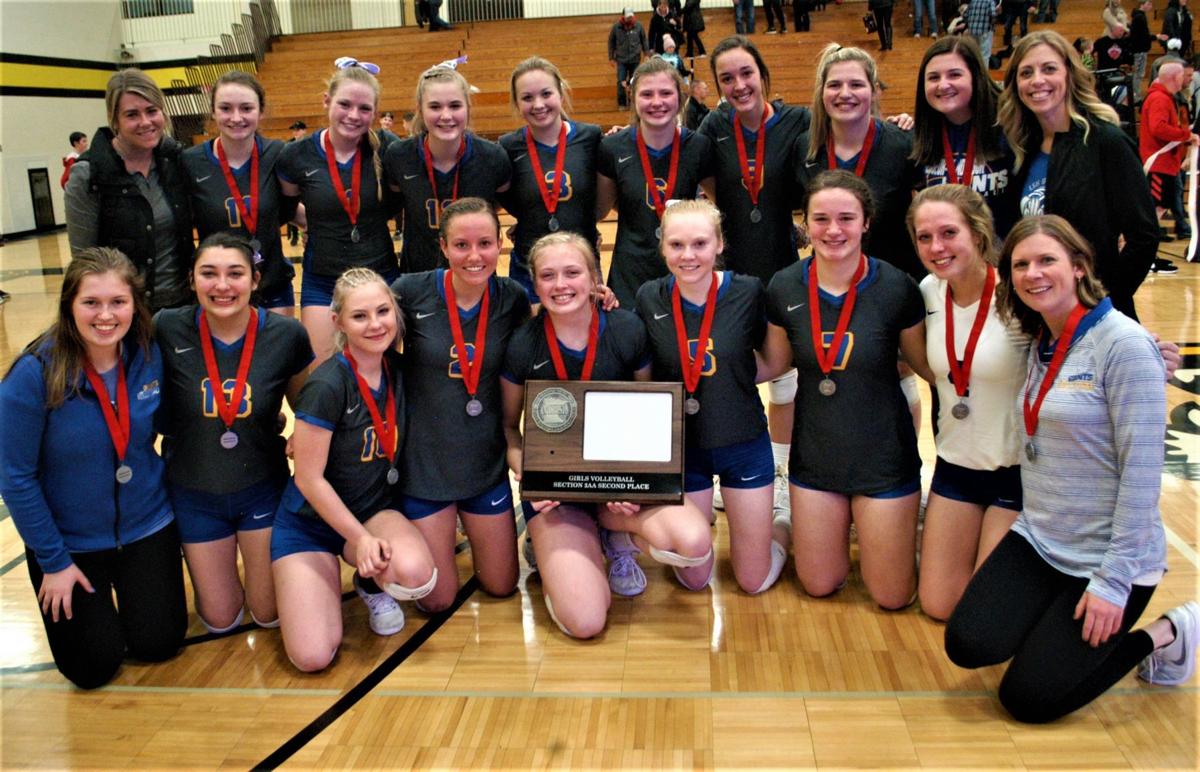 The Giants reached the section finals for the first time since 2009, when they reached state. This year they took the second-place trophy. (Pat Beck/St. Peter Herald)

The Giants show their disappointment after the match and the season ends against Belle Plaine in the section finals. (Pat Beck/St. Peter Herald)

The Giants reached the section finals for the first time since 2009, when they reached state. This year they took the second-place trophy. (Pat Beck/St. Peter Herald)

Although the No. 2 seeded North Subsection Tigers easily won the first two sets 25-12, 25-18, the No. 2 South Subsection Giants pushed Belle Plaine to the limit in the third and deciding set 28-26.

“We didn’t settle down and play our game until midway through the second set, and you can’t do that against a team of Belle Plaine’s caliber, though I’m proud of the girls for not giving up and fighting through to the end,” first-year head coach Stacey Feser said.

Gregersen said Goettlicher, who led the Giants with 19 kills (.286), “has really been a big asset to our team this year in the front row.”

Gregersen had seven kills, coupled with 11 digs and 18 serves.

Belle Plaine, which also defeated the Giants 3-0 during the regular season, was “really scrappy and always on the floor,” Gregersen said. “They came out swinging. And we defended well.”

“As a team, we played really well,” Gregersen said. “We struggled in the beginning, but we really stuck together as a team all the way through and never gave up. That’s kind of been our whole season. We played all though every point and never let not one go without fighting. I’m proud of this team. I’m proud of our season.

“We had a first-year coach come in, and we made history. We haven’t been this far since (2012). It was a good way to end this season.”

Gergersen said the Giants stuck together as a team in the rebuilding process.

“We stuck together as a team, and I’m really proud of everybody,” Gergersen said.

Asked about her career overall, Gregersen said, “I’m thankful that I’ve gotten to play with my seniors for the past I don’t know how many years. We really stuck together and got better from where we started.”

Gregersen is a versatile player who plays the entire match in the back row and the front row. As a complete rotation player in the six positions, she feels comfortable as a hitter, blocker and a setter and a digger, server and passer.

“Special thanks to our seniors who led us not just statistically tonight, but steadily all season,” Feser said. “We’ll certainly miss them next year. We have a good group to build from and the team’s postseason run has sparked the program.

“It was a great season, certainly one I’ll never forget as my first year as head coach. The girls have come a long way, and it may not have ended the way we would have liked, but they accomplished a lot together and should be proud of that.”