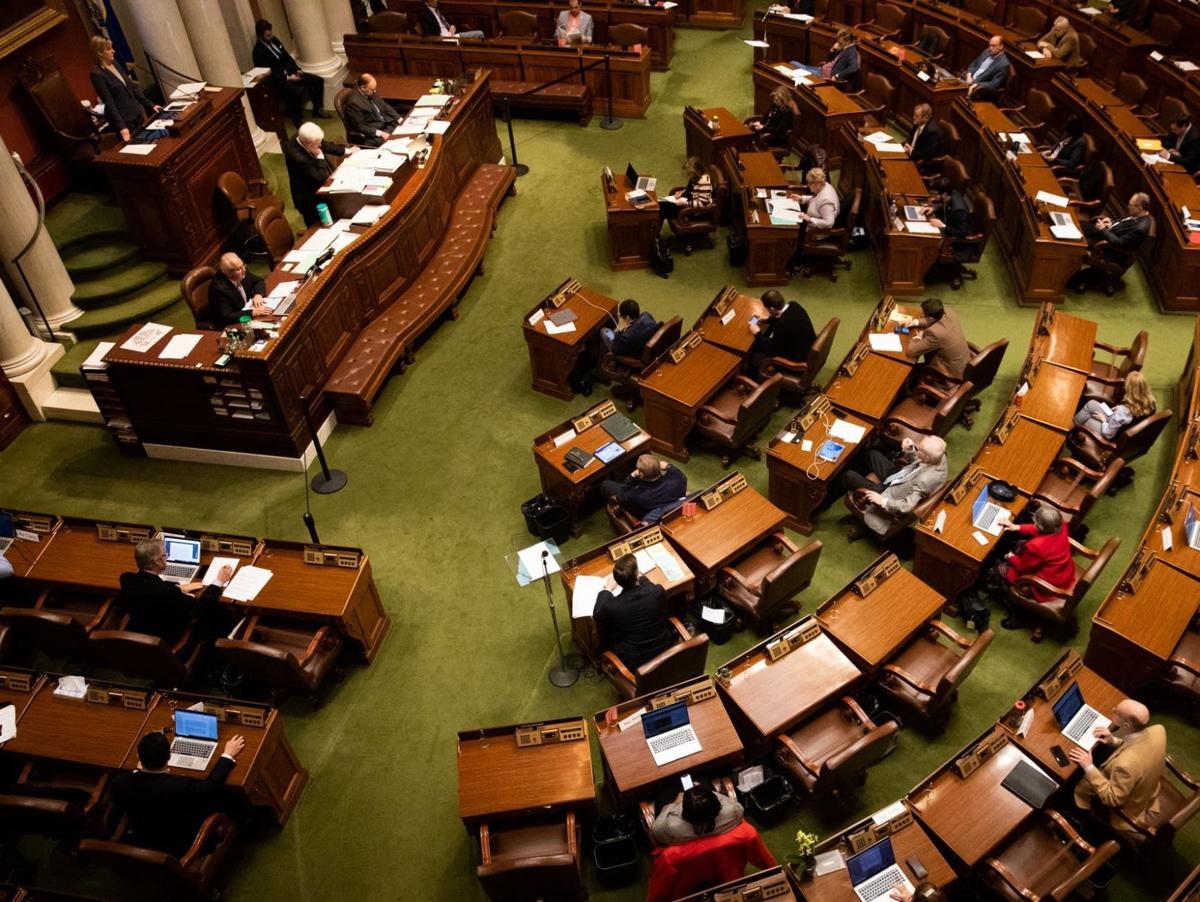 The Minnesota House of Representatives practice social distancing while discussing a COVID-19 bill at the State Capitol in March. The coronavirus pandemic brought lawmakers back into a special session in the early summer. (Evan Frost/MPR News file)

On June 20, the Senate adjourned from a week-long special session. After working to reasonably spend federal CARES dollars, assemble a bonding bill, pass police accountability reforms, and an effort to restore the balance of powers to St. Paul, negotiations ultimately broke down as a result of demands by the House majority and the governor.

One of our major priorities with the special session was to pass a clean bill that would have distributed CARES act equitably to Minnesota communities that have been devastated by COVID-19. Instead of passing a clean bill and reaching across the aisle, House Democrats and Gov. Walz played partisan games putting Minnesota’s counties, cities and townships in jeopardy by using them political pawns to try and pass over $300 million in supplemental funds for their legislative priorities.

In a time when our state faces a massive projected budget deficit, why would we consider passing such an excessive supplemental budget? My only conclusion is that the governor wanted the compromise to fail so that he spends the federal CARES dollars as he wishes, prioritizing areas that support him, like the Twin Cities, while disregarding the welfare of rural Minnesota communities that desperately need financial relief now.

Another claim you’ll likely hear from the governor and the House is that compromise fell apart during the special session because of inaction on public safety by the Senate. This sentiment is entirely false. Over the last week, the Senate’s passed five bills with nine provisions improving trust and accountability in public safety with police reforms that included many agreed-upon bipartisan ideas.

Does this sound like a group of worthless reforms? Not to me. Despite the narrative coming from the governor, the real reason these reforms didn’t get done is because the DFL House wanted to go further. They wanted to include unproven provisions and wanted to include ideas that would have undermined your public safety and laid the groundwork for the dismantling of police forces. Additionally, they held the significant reforms we passed hostage demanding felon voting. How on earth was that provision going improve policing in Minnesota?

A final reason we came back to the Capitol for special session was to address the governor’s extension of his emergency power and his authority to keep state closed unilaterally. While I am in favor of maintaining the governor’s authority to use emergency powers to react to immediate threats, we now are several months into the COVID-19 crisis, and there is time now to move through our democratic process to address the issues we face.

At this point, the governor is using the emergency simply as a tool to circumnavigate our democratic process and destroy any sense transparency and accountability Minnesota had in place. That’s not right. So, this past week, the Senate voted to end the governor’s powers to restore balance and force all sides to come together to implement solutions that address COVID and help all Minnesotans. Again, unfortunately, what should have been legislative compromise was denied to play partisan politics.

Gov. Walz has claimed that he is fighting for “One Minnesota.” While a great campaign slogan, it is not representative of his leadership down in St. Paul. Ultimately, behind the scenes, the governor has manipulated situations, he’s held legislation hostage, and overall, his actions have undermined any sense of goodwill and trust that we’ve tried to restore to the Capitol.

This lack of bipartisan effort doesn’t help any Minnesotan, and it hurts all our constituents who expect reforms that are going to make their lives better and expect us to do our work efficiently. Ultimately what played out over the last week was extremely disappointing, and Minnesotans deserve more than what the just got from their state government.