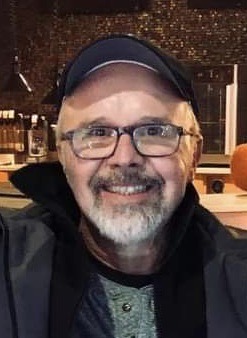 Thomas J. "Tom" Germscheid September 17, 1954–November 18, 2020 Stillwater and Formerly North St. Paul— Thomas J. "Tom" Germscheid, age 66 of Stillwater and formerly of North St. Paul, died suddenly on Wednesday afternoon, November 18, 2020. Thomas Joseph, the son of Francis and Margaret (Brown) Germscheid, was born on September 17, 1954, in St. Peter, Minnesota. Tom grew up on a farm near St. Thomas, rural Le Sueur Minnesota, and graduated as Valedictorian and Co-Outstanding Athlete of Le Center High School with the class of 1972. Following his graduation, Tom attended the University of St. Thomas where he studied Business and wrestled collegiately. In 1976, he began studying Law at William Mitchell Law School, and graduated with his Juris Doctorate in 1980. Tom was a dedicated attorney and practiced thirty-eight years, first at Collins, Buckley, Sauntry, and Haugh Law Firm, then for his own practice, Germscheid Law Firm, and most recently for the State of Minnesota as a Mediator. He played an instrumental role in the building of the Church of St. Peter in North St. Paul. Tom enjoyed watching all sports and was always willing to help anyone in need. Most of all, Tom loved his children, Maggie and Nick, and cherished the time they spent together. His children will remember all of the great times they shared with their dad, and his legacy will live on through them. He was preceded in death by his parents; brother, Robert; brother-in-law, James Korman; and by his sister-in-law, Marjorie Germscheid. Tom is survived by his children, Maggie Germscheid and Nick Germscheid; siblings, Margaret "Peggy" Korman, Diane (Allan) Macho, Maurice (Virginia) Germscheid, and Wayne (Paula) Germscheid; former wife, Joyce Germscheid; and by many nieces, nephews, other relatives, and friends. A Celebration of Tom's Life will be held at a later date when restrictions allow. Please continue to check the funeral home's website for updated information. Arrangements are being completed by Starkson Family Life Celebration Chapel of Hastings.

To plant a tree in memory of Thomas Germscheid as a living tribute, please visit Tribute Store.
Load comments