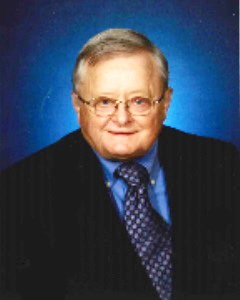 William J. Germscheid 1939–2020 Hutchinson—William J. Germscheid was born on April 4, 1939, on the family farm outside of Le Center, Minnesota, to Peter and Ethel (Melchior) Germscheid. He was baptized and attended elementary school at St Mary's Catholic Church and School. William was a graduate with the Le Center High School class of 1957. Bill continued his education at Mankato Vocational School graduating from the machine tool program. Bill and Kay (Van Buren) were married on November 26, 1959. The marriage was blessed with two children, Deb and Greg. Bill was employed with 3M of Hutchinson for 36 years. He retired in December 1996. Bill was a member of the St. Anastasia Catholic Church where he served on the church council and sang in the choir. He was also a 50-year member of the KC's. Bill loved sports, especially football. He played in high school, coached youth football in Hutchinson, attended HHS football games and later became a DC Charger fan watching his grandson Ethan play. Bill loved watching the Gophers, Vikings, Twins and Timberwolves games. You could find him out on the golf course, running or riding his bike in the summers. He was an avid reader of the Minneapolis paper and always had a book close to his favorite chair. Bill enjoyed many hours of playing cards with his friends and family. He enjoyed many family vacations, going to Florida and Mexico in the winter and traveling around the United States and Europe. Bill passed away on Wednesday, January 15, 2020, at Meeker Memorial Hospital in Litchfield, Minnesota, at the age of 80 years. Blessed be his memory. He leaves behind his wife of 60 years Kay; Daughter, Deb Germscheid of Eden Prairie, MN, Son, Greg (Becky) Germscheid of Dassel, MN; Grandchildren, Emmy (Dan) Larson of Dassel, MN, Ethan (Hannah) Germscheid of Mankato, MN, and Alysse Grohs of Eden Prairie, MN; Brother, Ed (Ruth) Germscheid of Le Center, MN; Sisters, Sally (Neal) Braun of Hutchinson, MN, Karen (Ken) Heithoff of Naples, FL; many nieces and nephews. Bill is preceded in death by his Parents, Peter and Ethel Germscheid; Mother and Father-in-law, Francis and Hulda Van Buren; Sisters-in-law, Lois Krenik and Bonnie Van Buren; Brothers-in-law, Lyle Garvin and Micky McCourtney. Arrangements by the Dobratz-Hantge Chapels in Hutchinson. Online Obituaries and Guest Book available at www.hantge.com.

To plant a tree in memory of William J. Germscheid as a living tribute, please visit Tribute Store.
Load comments